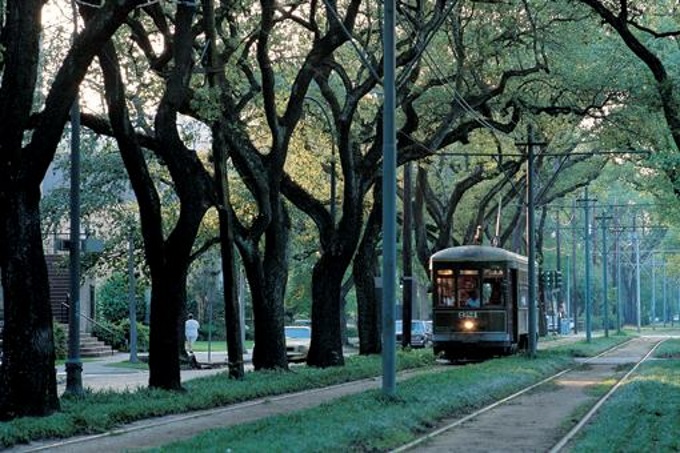 If you haven't already, be sure to listen to the fine music in Part 1.

I'll start today's column with the most important musician of the 20th century, LOUIS ARMSTRONG. 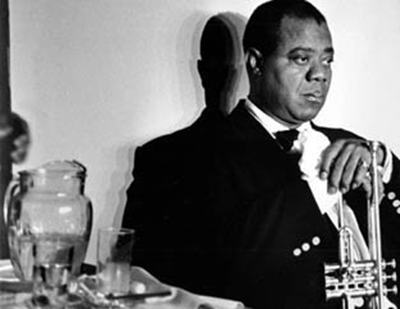 Louis took the music of King Oliver, featured in the previous column, and ran with it. He ran so far and fast he outstripped the pack. He took the music from New Orleans first to Chicago and New York and then the world.

Louis performs Blues in the South with some fine clarinet playing by Barney Bigard as well as Louis' great trumpet playing and singing.

♫ Louis Armstrong - Blues In The South

The doyen of New Orleans piano players is undoubtedly PROFESSOR LONGHAIR (Henry Byrd to his mum and dad). 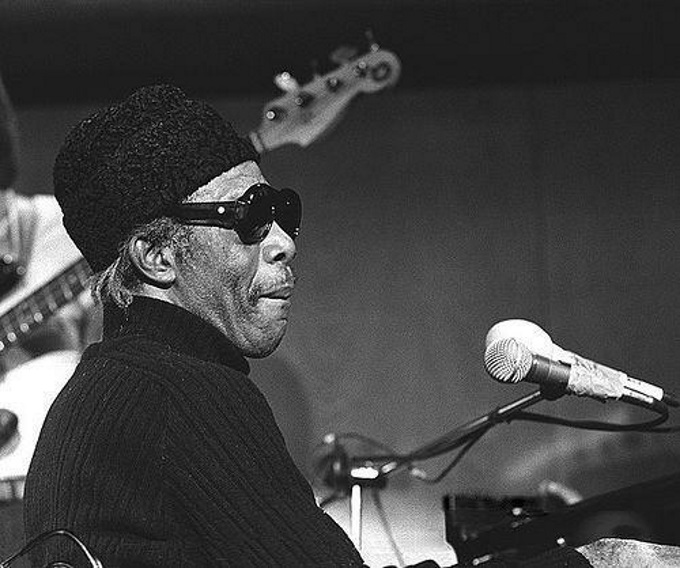 Apparently when he was young, Fess (as other musicians knew him) liked to collect old pianos that had been abandoned and fix them up. Before fixing them, he'd play them to see how they sounded. If there were missing keys, he'd just play around those which led to his often somewhat strange chord structure.

Others tried to emulate him but none came close. This is Crawfish Fiesta. I can detect bits of Rum and Coca Cola at the start of this one and a few other tunes as it progresses.

LLOYD PRICE had a hit with his first record. That was Lawdy Miss Clawdy, in 1952, a song he wrote himself and has been recorded by just about everyone with a toe in rock & roll. 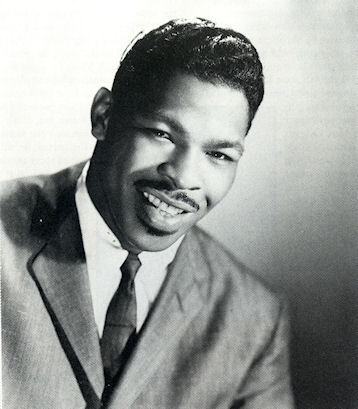 I'm not going to use that song though. The one today is from late in the fifties, and another he wrote himself, I'm Going to Get Married.

EDDIE BO was yet another New Orleans pianist. There must be something in the water that produces so many great pianists in the city. 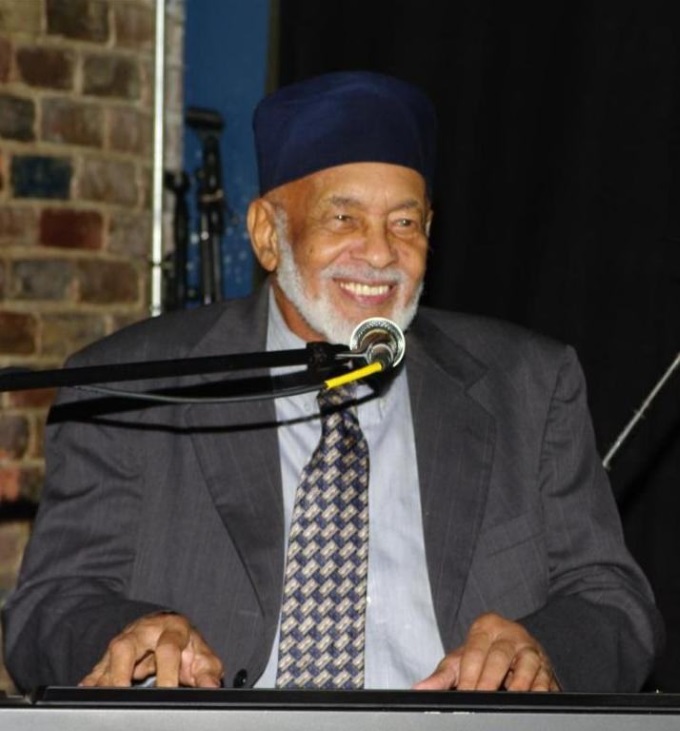 Although not as well known as the others, Eddie has released more records than anyone else playing in New Orleans except Fats Domino. This is one of them, I'll Keep On Trying.

The NEVILLE BROTHERS, as individual performers, in various bands and together as a unit have pretty much been the heart and soul of New Orleans for fifty years. 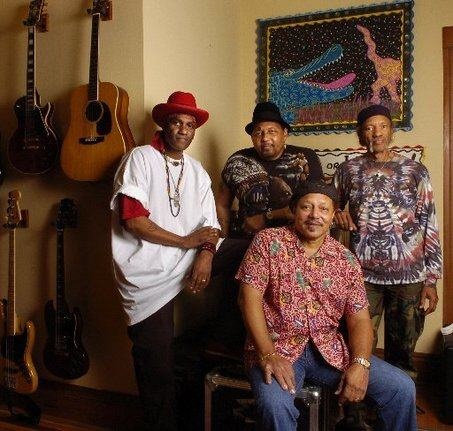 We'll start with the brothers and some of the individuals will pop up later in this series. Here they are with Hey Pocky Way from their excellent album "Fiyo on the Bayou.”

The song Lipstick Traces (On a Cigarette) was written by the prolific songwriter and producer Allen Toussaint who was responsible for many hits out of New Orleans. BENNY SPELLMAN was the first (and far from the last) to record the song. 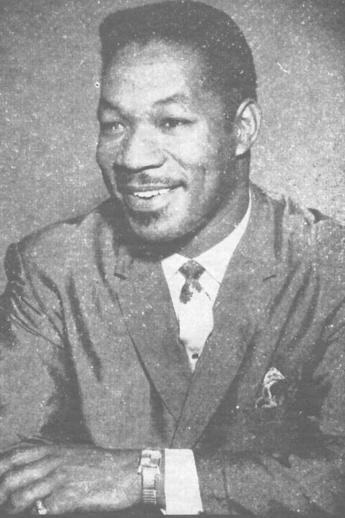 Benny later was first cab off the rank with another much-covered song of Allen's, Fortune Teller. Benny later retired from the music biz and worked in the beer industry. I won't say a word.

THE DIXIE CUPS were in the studio one day and after one recording they were just sitting around doing nothing much. Barbara Hawkins, one of the Cups, said that she heard her Granny sing a song called Jock-a-Mo and the three of them started singing it. She recalls, "We were just clowning around with it during a session using drumsticks on ashtrays. We didn't realize that Jerry and Mike had the tapes running.”

Jerry and Mike were the famous songwriting and production team of Leiber and Stoller. They overdubbed bass and percussion, and released it. It was The Dixie Cups' fifth and last hit. They called it Iko Iko.

SMILEY LEWIS's contribution is a song that Elvis recorded and took to the top of the charts. 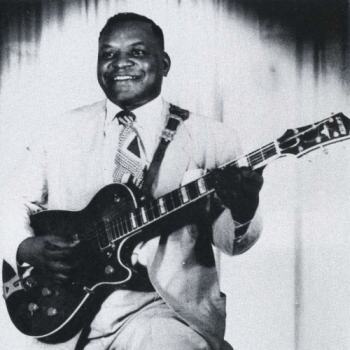 Actually, Elvis's version was modified for family listening. These days, with complete recordings being released, I've found that Elvis also recorded the original version but naturally the record company didn't put that one out at the time. Here is One Night.

SONNY LANDRETH is one of the most under-acknowledged guitarists in the world today, and one of the best. 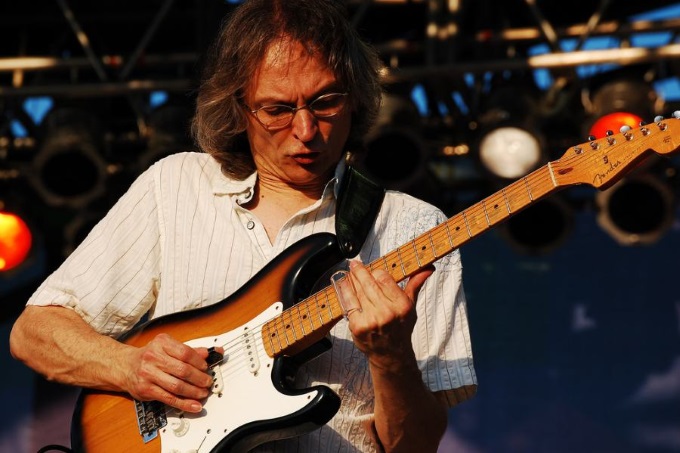 Sonny has performed and recorded with a diverse bunch of musicians over the years – Clifton Chenier, John Hiatt, John Mayall, Jimmy Buffett, Eric Clapton (and a lot more – that just gives a taste of the range of styles he can play).

He really must like the song Congo Square as he's recorded it a few times.

The Marsalis family certainly are a talented bunch of musicians. We have a couple of them in this series, starting with BRANFORD MARSALIS with his quartet. 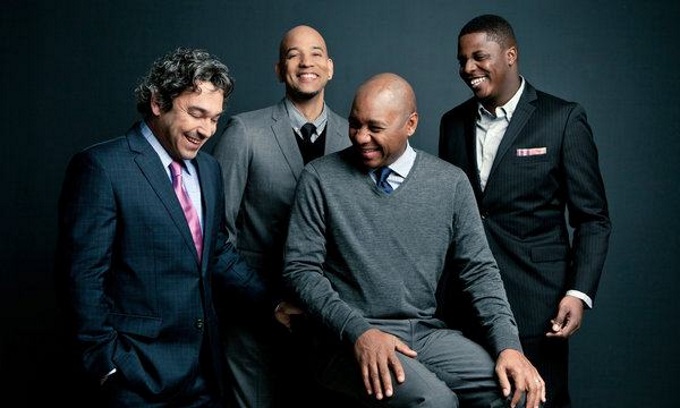 Branford is the saxophone playing member of the family. He started out playing in Art Blakey's band and later with Lionel Hampton and Clark Terry. These days he leads his own quartet and here they are with Treat It Gentle.

Well really now, what’s not to like about the Neville Brothers – especially Aaron.

Then of course there’s “Iko Iko” and that opening line:

Now what the hell does that mean? Well, I actually had to learn a little history about New Orleans to figure that one out.

Okay Peter, two down and two to go. You are starting to build a little suspense and anxiety here. You obviously nailed some good ones this week for sure but there’s still someone who hasn’t made an appearance. My confidence isn’t waning at this point so don’t let the pressure get to you! Heh, heh.

Love the Branford Marsalis Quartet and, of course. Louis Armstrong. My kind of music. Thank you.

Well Alan, the tension is growing. Did I include your favorite? Twenty more to go to find out.

I loved all the music. What a surprise, I look at blogs and there is this great music. !!
Just want to say "thanks"
Truly
Ruthie

What a wonderful photo you started with to introduce the music---

Yes, lovely picture of NO that touches upon its charms.
I've loved the selections these past two weeks, Peter. The music was so much a part of being there and I hope that is returning, though whether the atmosphere that borne all those creative juices might only partially return. We'll see in time. Meanwhile, we have loads of great recorded music!

New Orleans...my hometown for over 33 years! Miss it and its music so much. Thanks.