I know that when I finished my second lot of "years" I said that if I should ever contemplate doing any more of them you should take me out and shoot me.

Fortunately, I modified that and suggested that you should ply me with fine pinot noir so that my fingers would be unable to type any of more of these.

Fortunately, nobody has shot me, but alas, no one has fed me fine pinot either.

You should never take what I say seriously as I'm going to do more of these "years" but they won't be like the previous ones; they'll be intermittent and published when we feel like it, or more to the point, when I write them.

Also they won't be in any order, just what I happen to have finished on the day, or what music takes my fancy. So, let's get started with a year that occurred before I was born so I know nothing about it. At least, not first-hand.

When I was growing up, one of the big hits of the time seemed to be called MoonglowandthethemefromPicnic, or that's how it sounded to me. Before the film Picnic was released, that tune was just called Moonglow. This has been recorded numerous times, but the one we're interested for this year was by BENNY GOODMAN. 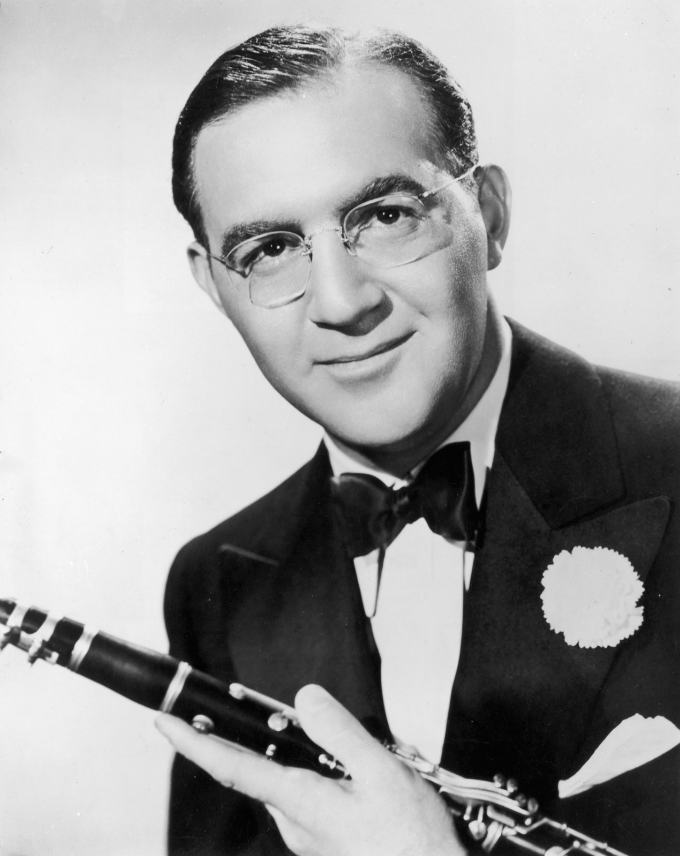 Benny did a terrific job of it, few have bettered it. It has the unmistakable sound of Lionel Hampton on vibes as well as Teddy Wilson playing piano.

There have been quite a few good versions of Miss Otis Regrets over the years. The one for 1934 is by JIMMIE LUNCEFORD. 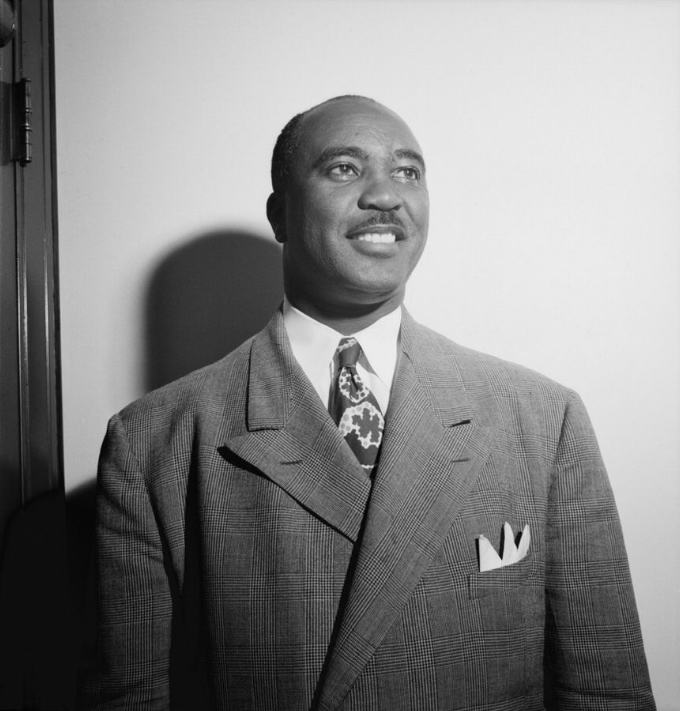 Jimmie was born in Mississippi but the family moved to Ohio when he was very young. They then moved to Denver where Jimmie went to school and he studied music under Paul Whiteman's father. He learned several instruments but concentrated on alto saxophone.

He later led his own band and it's in that guise we have today's song.

TED FIO RITO sounds as if he could have come from Hawaii and his song My Little Grass Shack in Kealakekua, Hawaii would add credence to that. 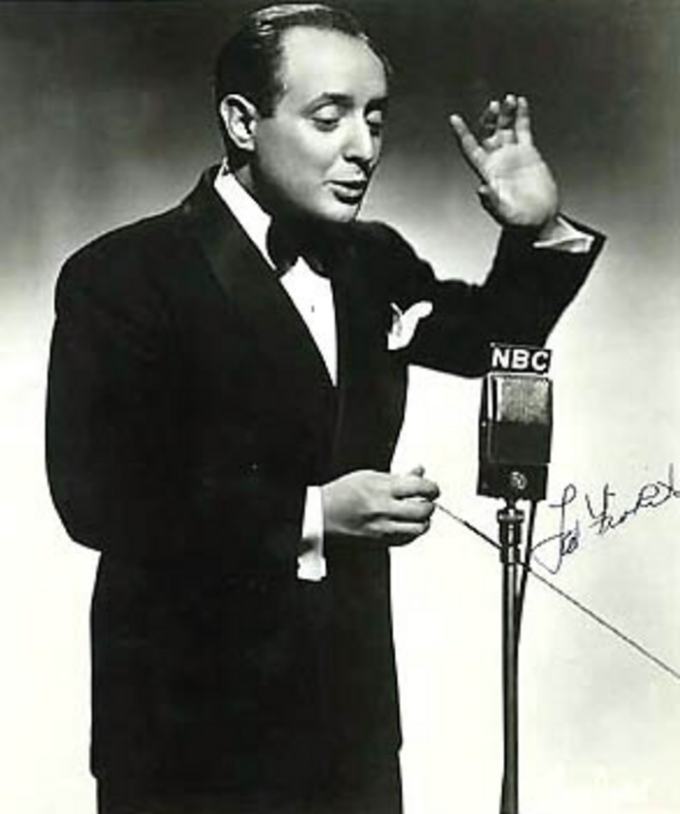 However, Ted was born Theodore Salvatore Fiorito in New Jersey. So much for that theory. He spent much of his working life in Chicago. Here he is with his orchestra and the song. The vocal chorus is by Muzzy Marcellino.

My mum was a big fan of GRACE MOORE, so this is for my old mum. 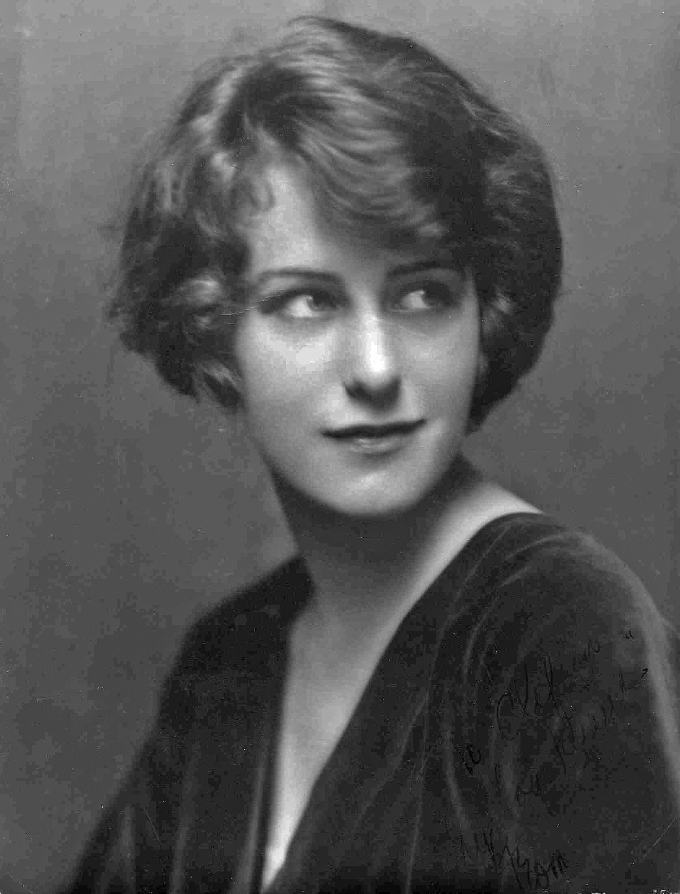 That's Grace in the picture, not mum. I remembered Elvis performing a song called One Night of Love (or a very similar titled song). This one is very different from that one (which was based on an even more risqué blues song). I'm sure Grace wouldn't have anything to do with that sort of thing.

♫ Grace Moore - One Night of Love

Someone who would have something to do with that sort of thing is LOUIS PRIMA. 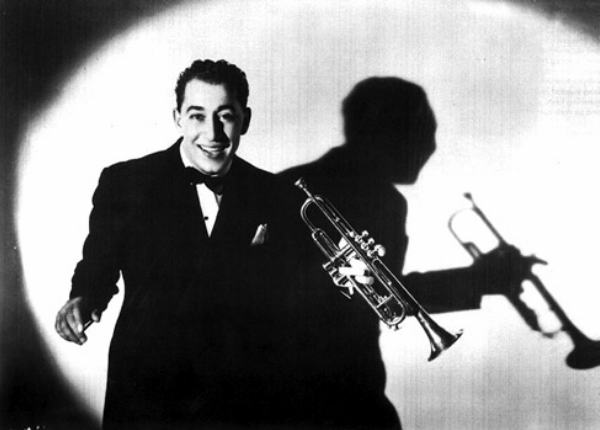 I first knew about Louis when he was teemed with Keely Smith, his wife at the time, but he was active (in all sorts of ways) before that, and after as well. This is from before, Jamaica Shout.

Unlike a lot of his tunes, DUKE ELLINGTON didn't have a hand in writing Cocktails for Two. The tune is the work of Arthur Johnston and Sam Coslow. 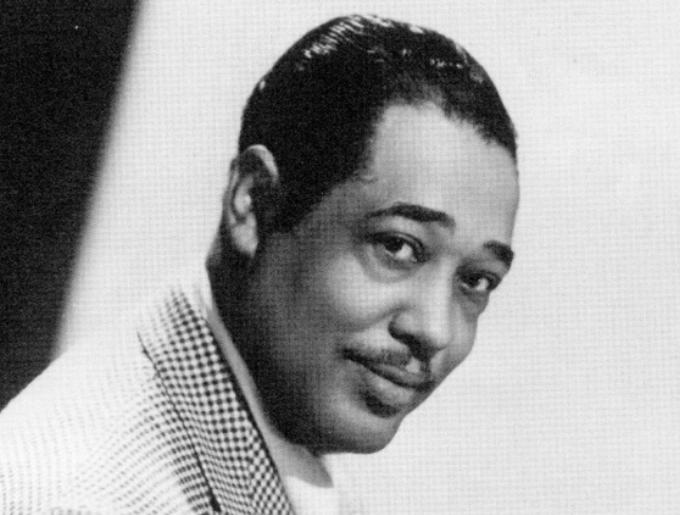 The song made its debut in a film called Murder at the Vanities. Duke's version was the first committed to vinyl (or shellac, or whatever it was back then).

Around this time it was hard to escape BING CROSBY so I won't try. 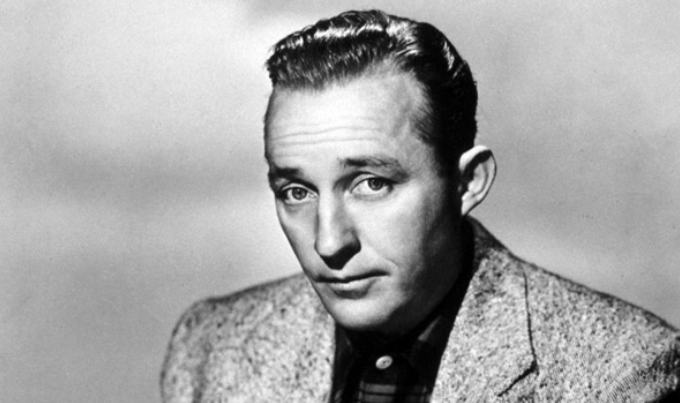 My dad was a big fan of Bing's so I have both parents represented here today. I could have chosen a dozen or more of Bing's songs for this year, it was just a matter of which appealed to me on the day. That one was Two Cigarettes in the Dark, a tale of woe.

I remember as a young thing the great version of Smoke Gets in Your Eyes by The Platters. I knew it wasn't a new song at the time as the disk jockeys kept insisting on informing me.

The song was written by Jerome Kern and Otto Harbach in 1933 for a musical called Roberta. It was first recorded by Gertrude Nielsen with an orchestra conducted by Ray Sinatra who was some sort of cousin to a slightly better known person with the same surname.

The version we want, though is LEO REISMAN AND HIS ORCHESTRA who recorded it in 1933, but it became a hit in this year. 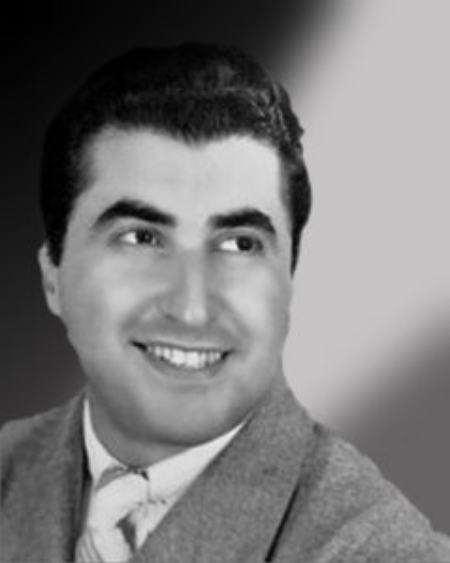 The vocal refrain, as they used to say back then, is by Sally Singer.

♫ Leo Reisman and His Orchestra - Smoke Gets In Your Eyes

LUCIENNE BOYER was a French diseuse (I had to put that in, it just means talker, or more poetically, story teller) and singer. 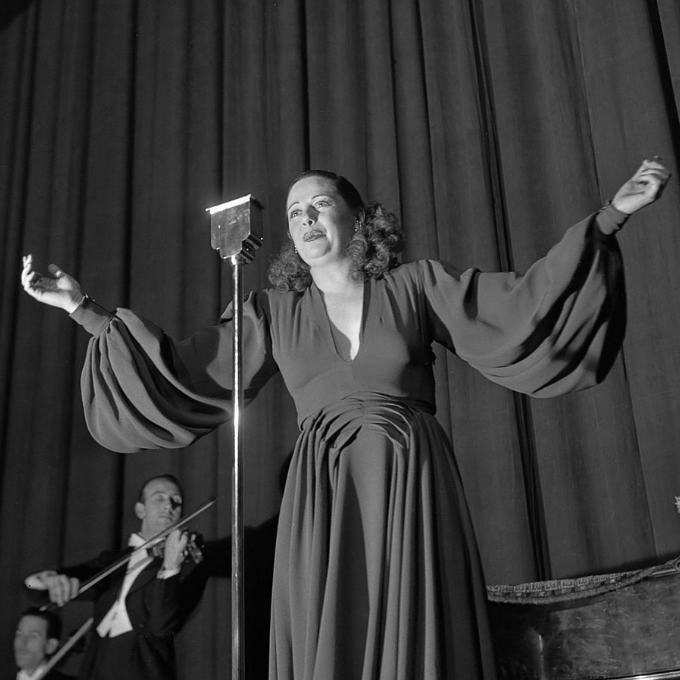 In this song she's singing, not diseuse-ing (sorry, I'll stop now). It's her most famous recording, Parlez-Moi D'amour or Speak to Me of Love.

♫ Lucienne Boyer - Parlez Moi D'amour [Speak To Me Of Love]

THE SONS OF THE PIONEERS had a really good lead singer by the name of Leonard Slye. Old Len is better known to us as Roy Rogers. 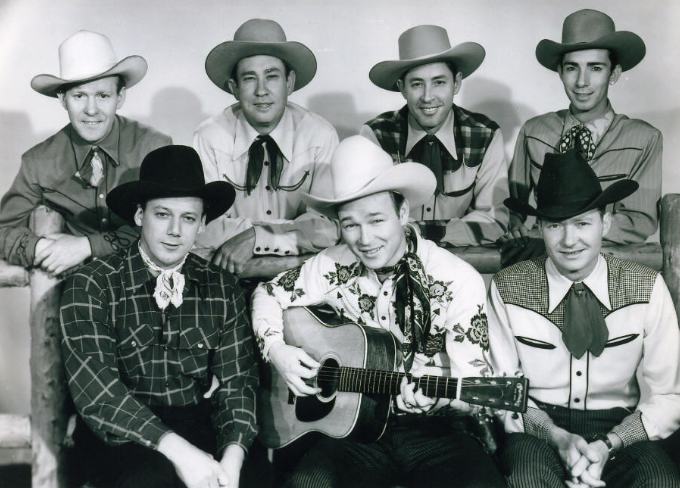 Roy joined the Pioneers and had a music career before he went into films. He also sang in those flicks too, of course. Here the pioneers perform one of their biggest hits, Tumbling Tumbleweeds.

I am sitting in my car waiting on someone and I came across your website on my phone. I read an article about your haircut and thought it was interesting. Adding the photos made it more interesting, thanks. I am so enjoying this music!! I can't believe I'm listening to "Moonglow" on a phone in my car and it sounds great! I was just humming "Moonglow" to myself earlier this week. Two of the songs, "Cocktails For Two" and "Tumbling Tumbleweeds" were featured on an episode of " The Odd Couple" where Felix, Tony Randall, had his musical group performing. How great to hear both these songs again. I enjoyed the personal remarks in this column, it is well written. I will be bookmarking this site. Cheers from Washington, DC!

My mom had a stack of 78's that she had bought when she was growing up, and when we got a "HiFi" when I was probably 11 or so, I was finally able to play those records. One of my favorites was "Tumbling Tumbleweeds" with the Sons of the Pioneers. Loved all those records. There was a version of "Smoke gets in your Eyes" that was beautiful. I really enjoyed listening to the music this morning.

Peter, I loved everything about this post, which included several favorites of mine, but you had to know that your comment about 'MoonglowandthethemefromPicnic' would trigger a response because you used the same term when commenting on my 2010 post on the Geezer Music Club, Picnics And Music – The Curious Case Of Moonglow. ;)

I've always been fascinated by that song combo, and also loved the movie scene that featured it. (I'll humbly offer the link below for those who are curious.)

I think that "Smoke Gets In Your Eyes" was the first popular song that I learned all the lyrics to. It takes me back to the keyboard when I was 8 years old playing it by ear and singing in my childish voice and dreaming of a lost romance. Well, I had a lot of lost romances after that, but that must have been the first time I had experienced the emotion.. YOu do bring back a lot of memories for me. Music has a way of doing that.

The sophistication of Duke Ellington always thrills me. He was a class act. And 'der Bingo" was my step father's favorite mail crooner.

Bennie Goodman's orchestra was top notch and my generation danced to his many popular pieces. Those were the days.

Roy Rogers was my husband's favorite male singer and your selection was one he managed to play on his guitar. I still remember all the lyrics to many of your selections, but can't remember what I had for breakfast. Sigh!