ELDER MUSIC: Playing with Mr B

BILLY ECKSTINE first came to public attention when he joined the Earl Hines band as a singer and trumpet player. He stayed with him for a while and then went out and formed his own group.

He hired the cream of the crop and everyone featured today began their professional career playing in Billy's band. They all went on to change the face of jazz and are some of the most important musicians in the development of the art.

I'll start today with a song from the EARL HINES Band with Billy's unmistakable voice singing Stormy Monday Blues, a different song from the one that T-Bone Walker wrote and performed. 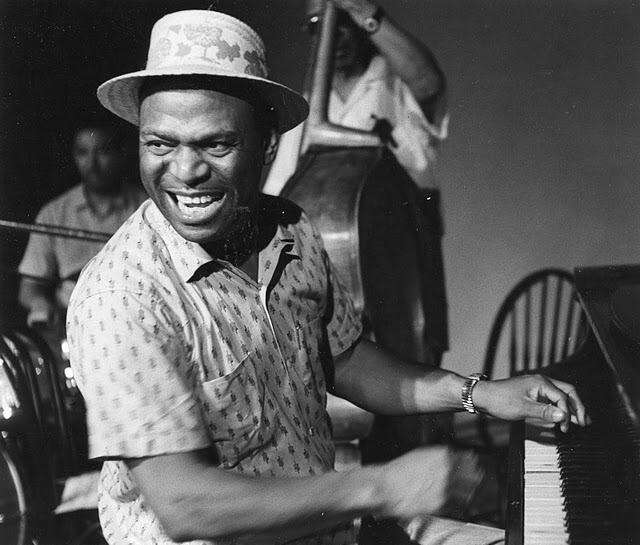 Norma, the Assistant Musicologist, is a big fan of Billy Eckstine, so I'll play another song of his, just for her. 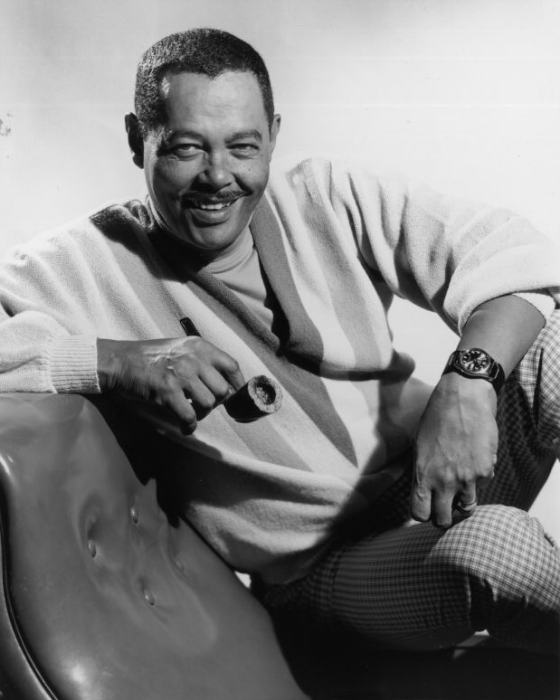 This is definitely from his big band period. It's called Mr. B's Blues.

Right, to Billy's band. First up we have DIZZY GILLESPIE. Diz said in his autobiography,

"There was no band that sounded like Billy Eckstine's. Our attack was strong, and we were playing bebop, the modern style. No other band like this one existed in the world."

With the talent he had, I'm not surprised.

Diz plays the tune Leap Frog with the assistance of his long time playing partner, who also came from Billy's band, Charlie Parker. 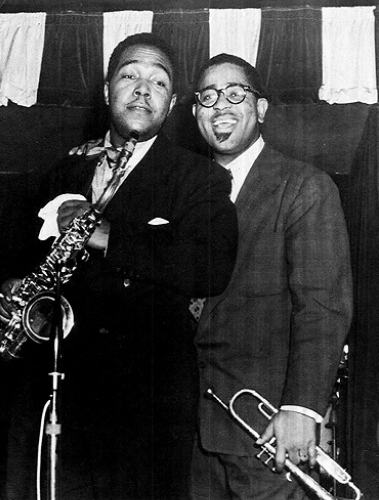 DEXTER GORDON was actually in a couple of other bands before he joined Billy's. 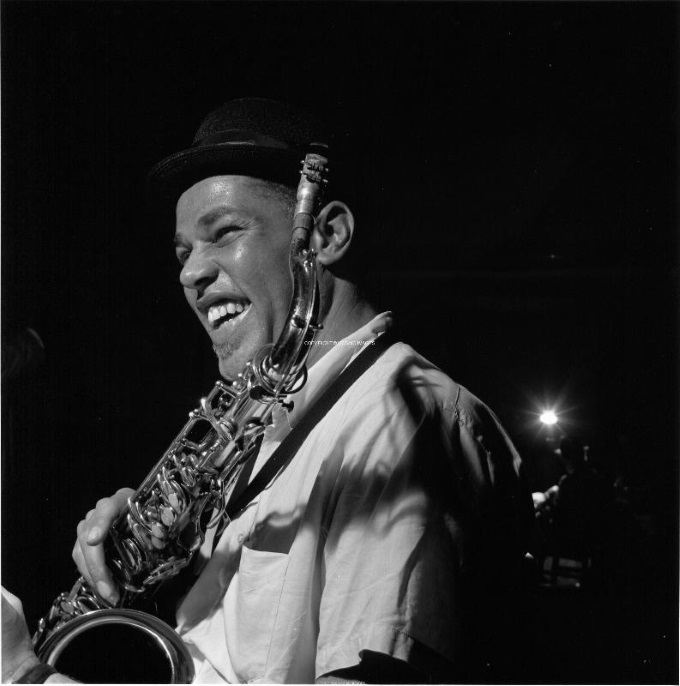 However, it was while he was there that he was instrumental in the development of bebop (along with the others, of course). He had a big influence on the playing of John Coltrane. Here Dex performs Clear the Dex.

SARAH VAUGHAN won a singing contest at the Zeus Theater in Harlem; the prize was a week's gig at the famous Apollo. 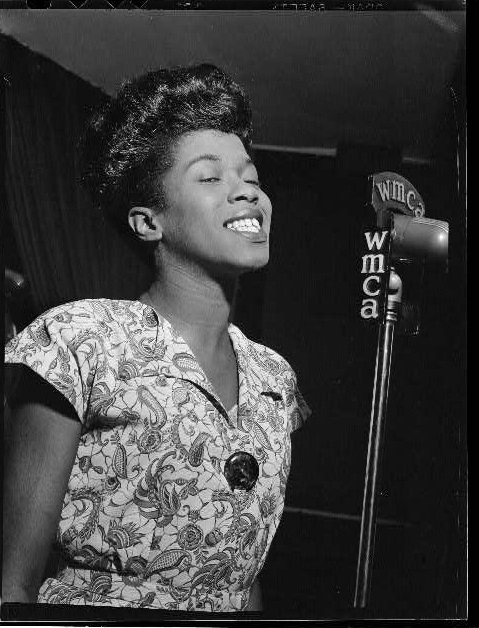 After a bit of shilly shallying and messing around, she managed to get her gig. While she was there, and here things get a bit confused, she was spotted by either Earl Hines or Billy Eckstine – accounts differ. Whoever saw her, she was signed up to Earl's band.

When Billy left, she went with him. Here from later in her career with Clifford Brown, Sarah sings, You're Not the Kind.

♫ Sarah Vaughan - You're Not The Kind

The great players kept coming along and now one of the greatest of them all, MILES DAVIS. 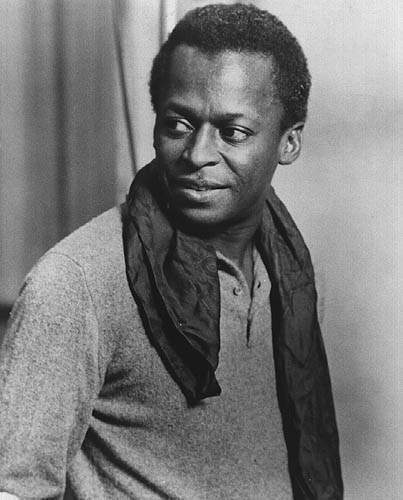 Miles' stay in the band was brief. He was just 18 when the group visited East St Louis where Miles still lived with his parents. One of the trumpet players was ill (not Diz) and word around town was that Miles could fill in.

He was impressed with the playing of Diz and Bird and that solidified his plans to play jazz for a living (rather than the classical music his parents wanted). Miles plays Ah-Leu-Cha, with some help from Coltrane who is present on this tune.

As mentioned above, we also have the great CHARLIE PARKER. 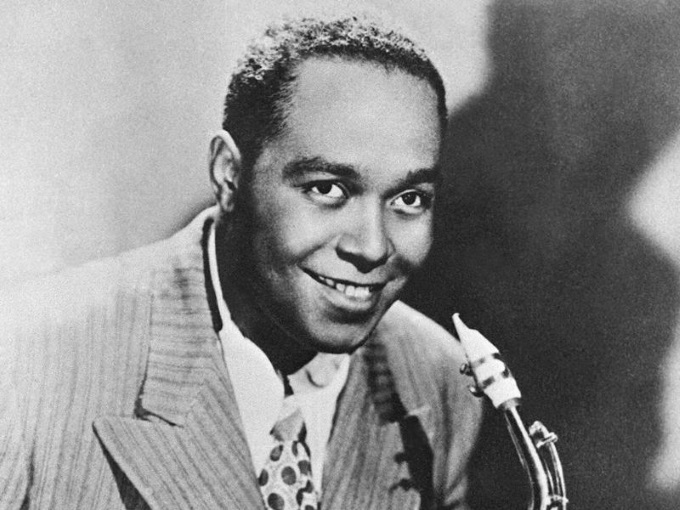 Every saxophone player who came after him has been influenced by his playing. Much has been said and written about Bird and I really can't add anything useful. Let's just hear him in a rather unusual mode playing with the Erroll Garner Trio, with vocalist Earl Coleman, and Dark Shadows.

ART BLAKEY was the drummer of choice for many jazz musicians. 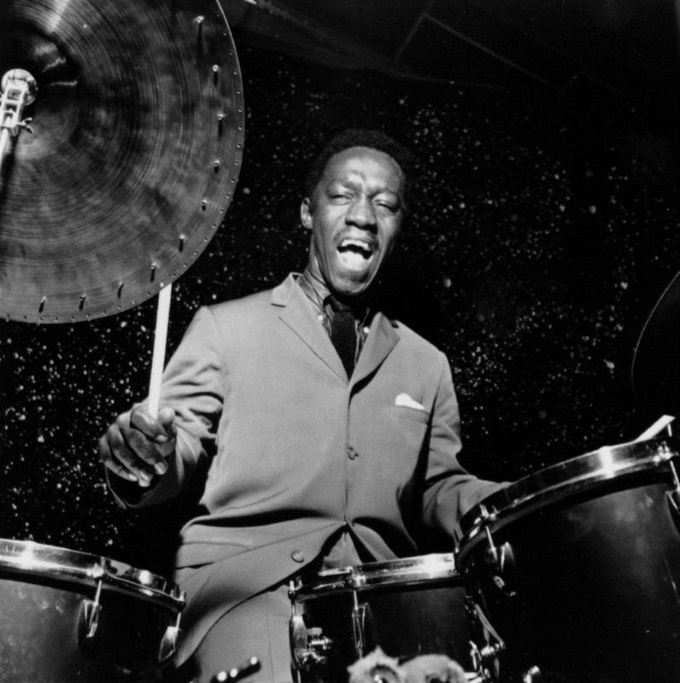 Diz, Bird, Monk, Miles, Bud all used him at times. Besides that, his group The Jazz Messengers was a breeding ground for the next generation of great players, a column for another day. Art plays Little Hughie.

I had a song penciled in here and the A.M. suggested that a duet by Billy Eckstine and Sarah Vaughan would be appropriate. Even if it isn't appropriate, she'd like it nonetheless. So, the song we have, and we had a reasonable number from which to choose, is Passing Strangers. It was a unanimous choice from both of us.

Going right back to the beginning with Earl Hines and what sounds to me like a pedal steel guitar playing along there, not something you normally associated with this style of music. Here is a song Billy wrote and recorded with Earl, Jelly Jelly. 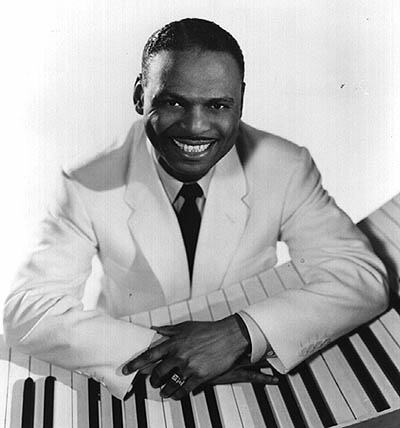 Whoo-Hoo. Lots of my favorites today. The only one I am not familiar with is Art Blakey, so thanks for introducing me to another great jazz artist. If I had to choose my favorite out of today's selections (hard to do) I would select Miles Davis. But all of them are top notch musicians.

Enjoying today's music so much! They're all great, and I'm such a sucker for the sax. Thanks for including Dex.