Home About Archive Contact
INTERESTING STUFF – 31 October 2015
Is This an Uncharted Lapse of Old Age? 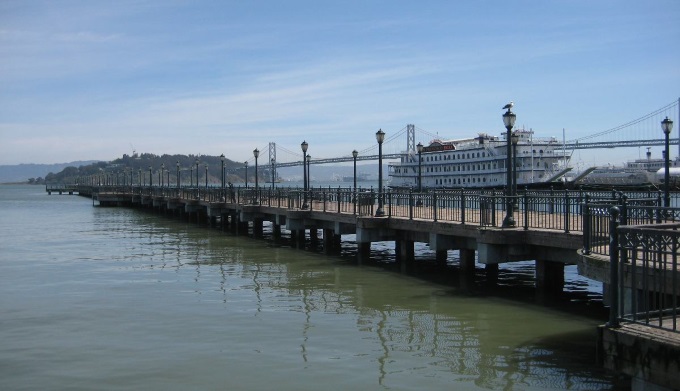 That's one of my own photos.

San Francisco is the first city I visited outside Australia – that was in 1970. It may be because of that that I feel completely at home whenever I visit it, which is as often as I can.

I love this city as much as I love Melbourne (although we have better restaurants and coffee in Melbourne). After that statement, assured to get the residents of The City offside, let's go with the music.

San Francisco Bay Blues was written by Jesse Fuller. I could have used Jesse's version or any one of hundreds who have recorded the song (well, I may not have hundreds, but I've got quite a few). Out of all the possibilities I've chosen RICHIE HAVENS. 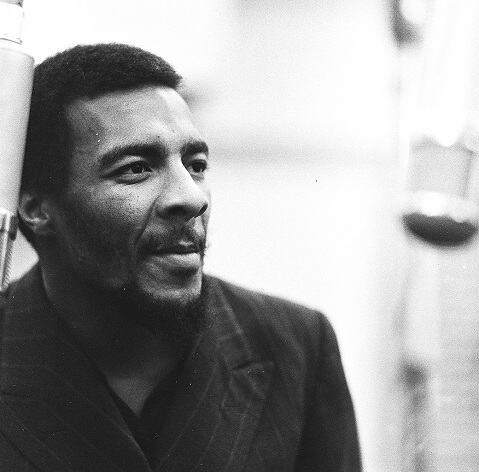 It's one I really like and it's taken from his debut album "Mixed Bag," a record certainly worth searching out.

VIKKI CARR's song starts out as if it's going to turn into the famous song by Tony Bennett. Instead, it turns into another quite famous song. 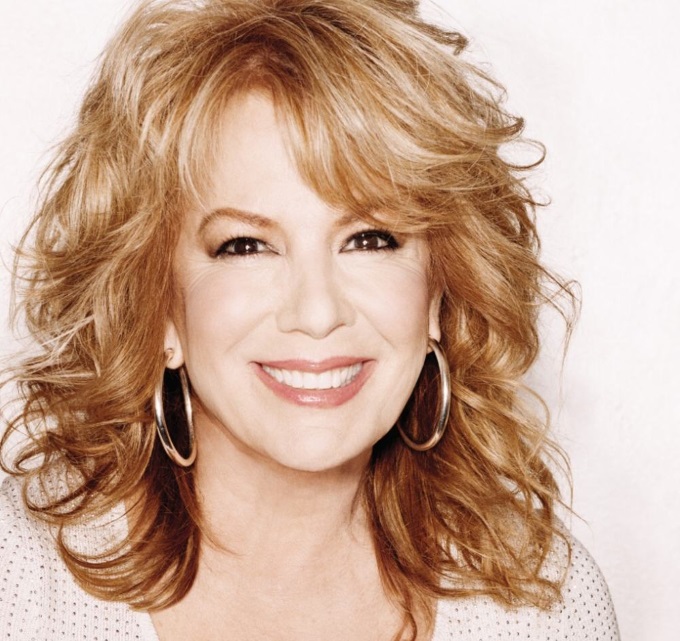 She slows it down a lot which I think improves it. The song is simply called San Francisco.

It's amazing what you find in your music collection when you do a search for something. Well, that's the case for me anyway. I hadn't realized that MARTY ROBBINS had performed a San Francisco song. Just goes to show. 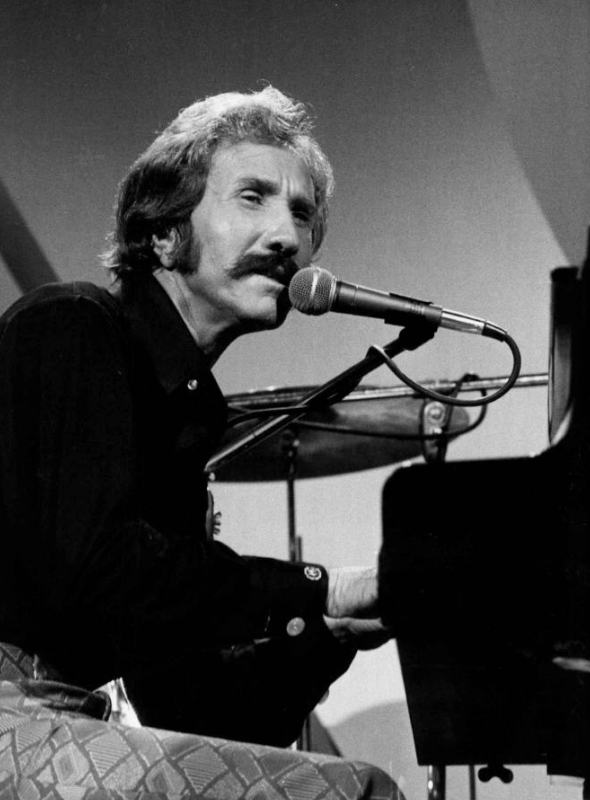 It's not really clear why Marty's companion is leaving San Francisco but he's not too happy about it at all. Apparently there are a bunch of others who are similarly unhappy which raises some interesting questions in my mind about said companion.

Whatever, Marty has San Francisco Teardrops.

PEGGY LEE name checks just about every tourist attraction in the city. 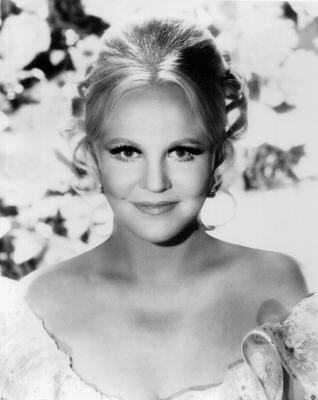 That includes her baby painting the Golden Gate Bridge (on his own?). Anyway, Peggy has the San Francisco Blues.

American Trilogy would be the most famous work of MICKEY NEWBURY. 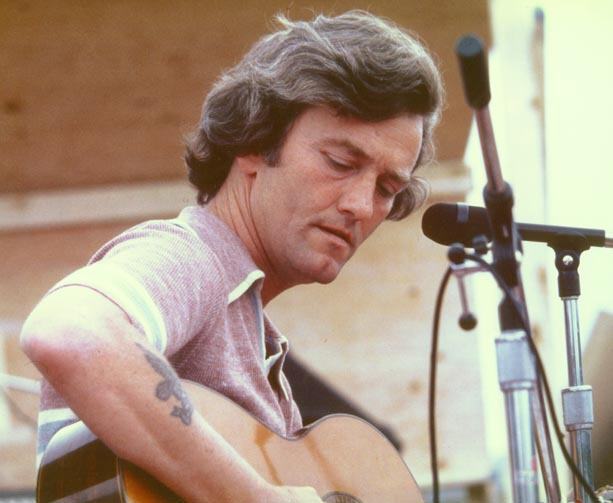 However, he only arranged that, he didn't write the various parts. It was still a nice little earner for him thanks to Elvis. The most famous song of his that he wrote would have to be San Francisco Mabel Joy.

His original version gets a bit overwrought at the end with celestial choirs and whatnot. A more pleasing version is this one he performed at the Big Sur Festival back in 1971 with a little help from JOAN BAEZ. 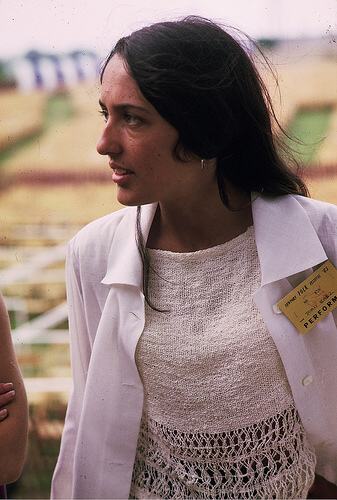 NANCY WILSON seems to suffer from my problem.

Well, maybe a slight exaggeration. I notice that Nancy isn't the only one who has performed this song, but it's her version I like the best. I'm Always Drunk in San Francisco.

The next song starts out sounding as if it's a song about New York. It also sounds as if it's going to be someone else singing rather than MEL TORMÉ. 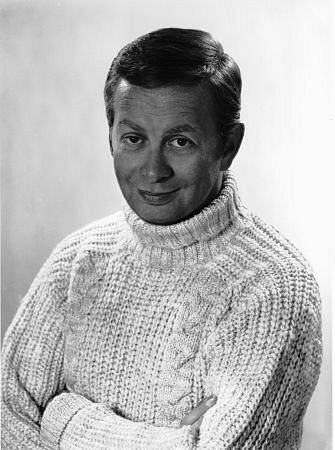 However, things quickly settle down and Mel takes us on a tour of all the various tourist attractions of the city. The song is Got The Gate On The Golden Gate.

♫ Mel Tormé - Got The Gate On The Golden Gate

VAN MORRISON produced five of the finest albums of the rock & roll era in a row, a feat even The Band and The Beatles couldn't manage. 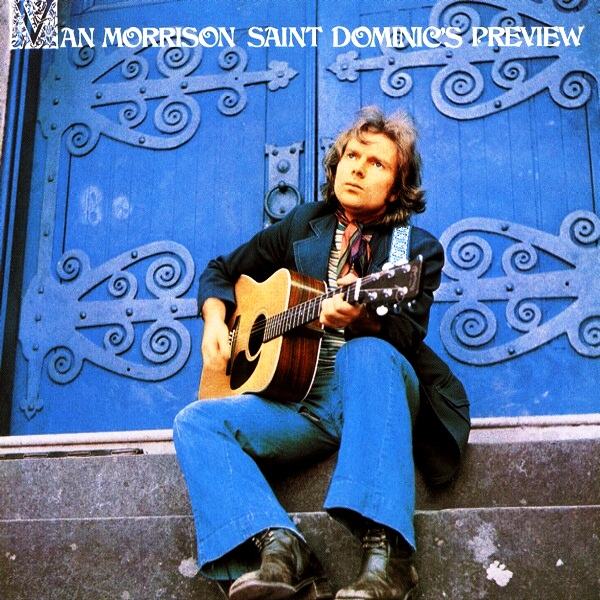 Saint Dominic's Preview was the last of these and the title song is about San Francisco. Saint Dominic's is a church at Bush and Steiner and there are many other subtle references to the city in the song. Other places are mentioned as well, but we'll ignore them.

You knew this one had to be present so I won't disappoint you (unless you don't like the song, of course). All I need to say is TONY BENNETT. 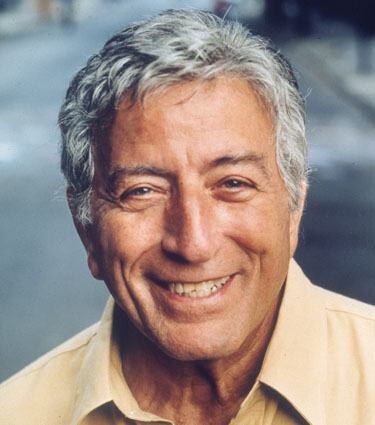 Well, not quite all, I have to add I Left My Heart in San Francisco.

♫ Tony Bennett - I Left My Heart In San Francisco

The writer JACK KEROUAC made a couple of albums where he recited his prose or poems to a jazz backing. The most famous of these is one he made with Steve Allen playing piano, which Norma, the Assistant Musicologist, has and it's rather interesting. 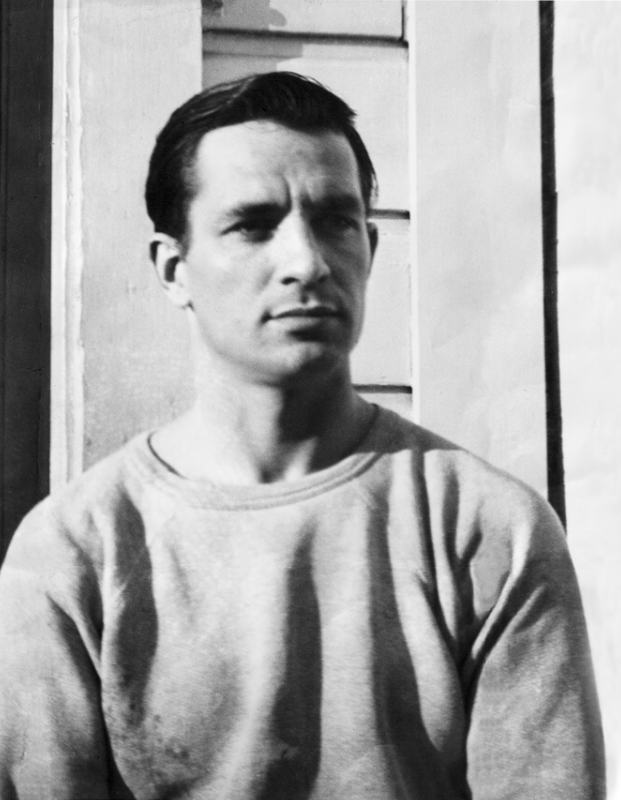 What I have today isn't from that album. In this case, it's Jack performing San Francisco backed by Miles Davis performing Flamenco Sketches from his great album "Kind of Blue.” This could almost be called spoken jazz.

I hope you appreciate that I resisted the temptation of including Starship's We Built This City.

San Francisc0 is a great city if you have good legs. And all of these songs are a nice tribute to one of the best city's in the U. S.

Of course, I think Tony Bennett's signature song is the most recognized one. Tony was here in Tucson a few weeks ago and my daughter attended the concert.

She said he was still magnificent and age has not changed his voice at all. He sang the last encore without a microphone and she said you could hear him in the furthermost corner. That's really incredible as he is my age. It's not only unbelievable that he can still sing so beautifully, but that he is able to tour and stand on a stage for over an hour singing one song after another. I can't help but envy his stamina (not to mention his voice).

Tony is my hero and I am so jealous that I was unable to attend. I have never minded being old before, but that night I was hating it with a passion.

i think for people of the woodstock generation, scott mckenzie might have a claim to most recognizable song. then there's eric burdon's hit. but i don't mean to nitpick---you can't include them all, and this is a good bunch.

As a writer, I'm partial to melancholy songs: and isn't there a lovely narrative song starting "I was born in San Francisco" by Johnny Mathis?

Great stuff and some great memories.