Home About Archive Contact
A Good Year for Elder Actors
Merry Christmas, Everyone - 2015

Here is an 1842 John Leech illustration of Ebenezer Scrooge and Marley's Ghost from, of course, the classic holiday story by Charles Dickens, A Christmas Carol. 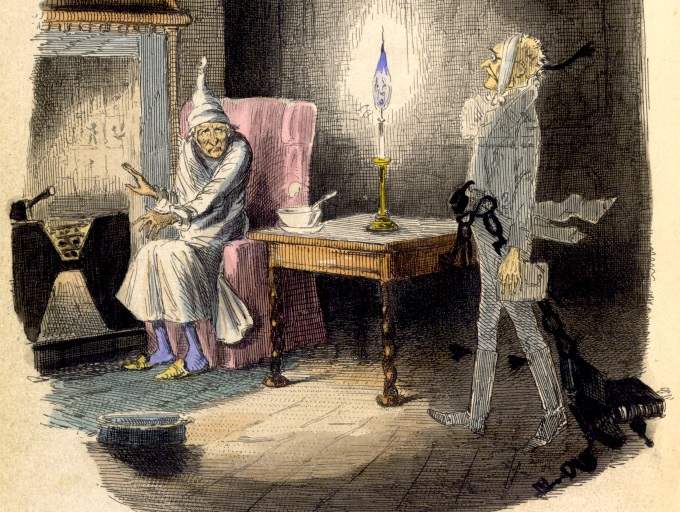 I stole that image from an article at Paris Review that dropped in my inbox last week. The writer, Colin Fleming, notes that for some people, there is the fuzzy, warm side of the Christmas season:

”But what of the darker elements of Christmas—and what of Christmas for those people who enjoy making merry most years but may have hit upon a bit of a tricky patch? What succor of the season might they find at the proverbial inn?

“Having experienced both sides of Christmas, there is but one constant I am aware of that serves you well both in the merriest of times and in the darkest: the classic English Christmas ghost story.

“You’d think Halloween would be the holiday that elicits the best macabre stories, but you’re going to want to check that opinion and get more on the Snow Miser side of the equation.

“Time was the English loved to scare you out of your mind come December, but in a fun way that resulted in stories well afield of your typical ghost story outing.”

I didn't know Christmas had a tradition of ghost stories beyond the venerable Dickens story, but was delighted to learn that it was once so and that having told me about it, Fleming has resurrected five of those old tales.

First he explains how this genre worked in the 19th and early 20th centuries:

”The first key to a Christmas ghost story is a convivial atmosphere. People in these stories are well fed, they’re often hanging out in groups, you feel like you’re hanging out with them, and you do not wish to leave any more than they do...

“...a game might be proposed, say, a game of telling stories. Then comes the terror. The status quo is infused with a sensation of something being a touch off, chuckles give way to shared, uneasy glances that maybe this isn’t all merrymaking.”

A lovely set up, don't you think? I certainly couldn't resist and Fleming then introduces us to five vintage Christmas ghost stories with which we are likely to be unfamiliar. In my case, he is right and I had grand old time reading them all.

They are in Fleming's order:

You will find Fleming's article, first published in December 2014, at the Paris Review along with his introduction to each story and links to where they can be read online.

Thank you Ronni, your post today has helped to restore my Christmas spirit! Despite making cookies and other holiday goodies last night, I was beginning to feel a tad Grinch-y, overloaded with the Target Marshmallow World song, last minutes sales ads, and exposure to more variations of wacky elves than I had thought imaginable. Reading this article brought me back to a place that, for some reason, I find much more comforting. This and a CD recording of Dylan Thomas' "A Child's Christmas in Wales" helped to set me right again. Happy Christmas to you and all your readers!

I find the dates on the stories most interesting. Nothing post "smee."

Happy Holiday to you Ronni.

From the title, I was expecting spooks at Wally world. : ) Very interesting and engaging presentation.

Thank You and Happy Holidays to you and to all your commenters.

Scare me to death but I love ghost stories. So does my companion. Which is odd because I live alone.

Happy Christmas to you, Ronni! I know it is not your holiday, but it is not really optional for any of us in the United States. So let's enjoy it.

From your title I was expecting a nostalgic post about Christmas shopping at B. Altman, Arnold Constable, Gimbel, Woolworth . . . That would've been a fun one too!