Home About Archive Contact
INTERESTING STUFF – 23 January 2016
Have You Been Dropping More Things as You Get Older?

This year saw the debut of the song The Thrill Is Gone that B.B. King made his own over the years. However, he wasn't the first to record it. That honor goes to ROY HAWKINS who wrote the song with some help from Rick Darnell. 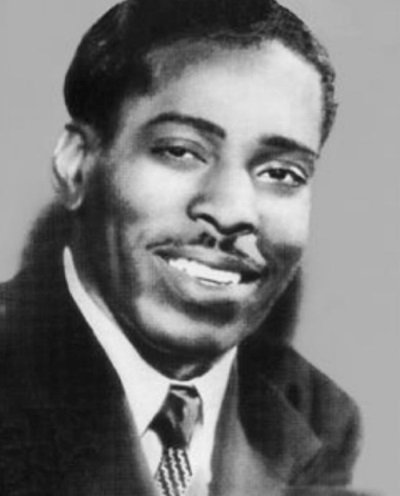 Roy was a blues pianist and his breakthrough record was Why Do Everything Happen To Me? that he wrote after his arm was paralysed as a result of a car accident.

Many of his songs were covered by other artists, unfortunately for him, mostly after he died.

♫ Roy Hawkins - The Thrill Is Gone

JOHNNIE RAY's professional career began this year with a couple of crying songs, a genre that he used to great effect over the years. Cry was probably his most famous song but I've used that in previous versions of this year, so we have the other one, Little White Cloud That Cried. 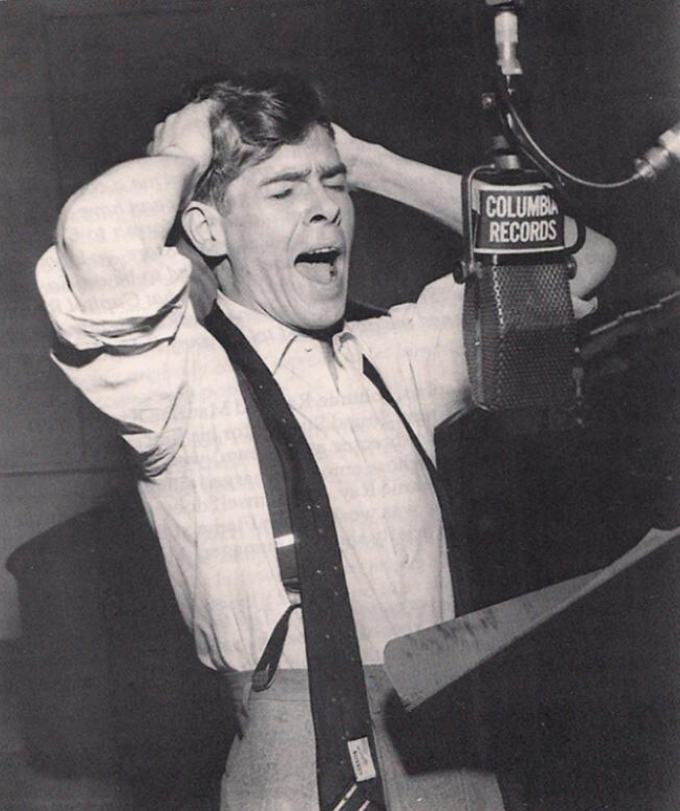 Like a number of his early records, he was backed on this one by The Four Lads who had their own successful career over the years.

You could pretty much count on DORIS DAY being on the charts around this time and 1951 was no exception.

This isn't one of her best known songs, but it's one I remember. It must have played on radio in the country town where I lived at the time for that to be so. The song is (Why Did I Tell You I Was Going to) Shanghai, a bit of a strange song.

Oh Doris, that's what you get for fibbing even if it was a little white lie. Why did you say you were going to Shanghai rather than just to the beach or somewhere? Now you regret it and he thinks you're on a slow boat to China or some such. What if he comes across you in the street? Cooked goose then. 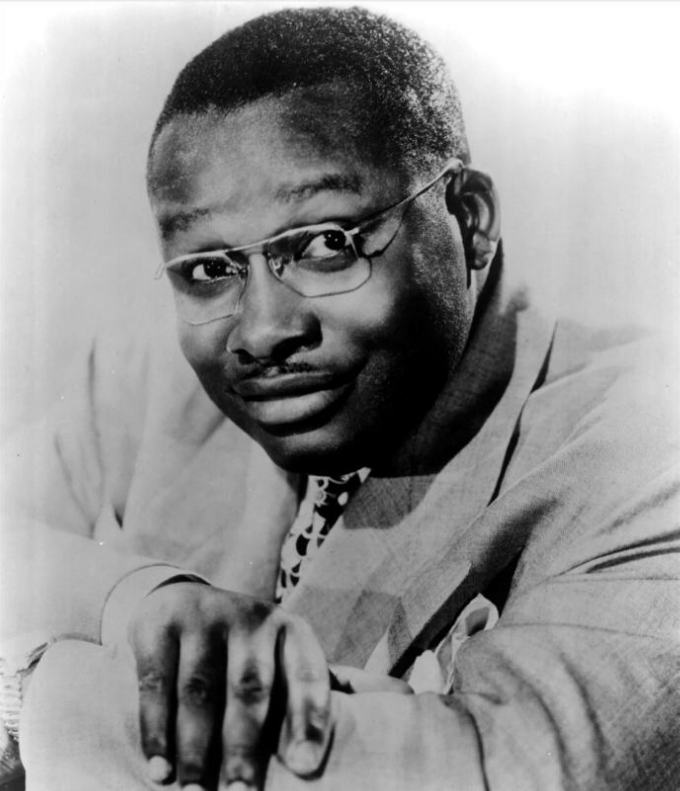 When Sammy refused to record Joe's song, The Honeydripper, Joe went out and started his own band (called The Honeydrippers). That song became a huge hit, one of the best selling R&B records ever, spending weeks at the top of the charts.

I don't think Joe went nyah nyah nyah nyah (or some such) - he was too much of a gentleman. This isn't that song, it's another of Joe's called Frankie Lee.

Ahh, now we have one of the best songs from the entire decade. Many people recorded this one but none did it better than TOMMY EDWARDS. 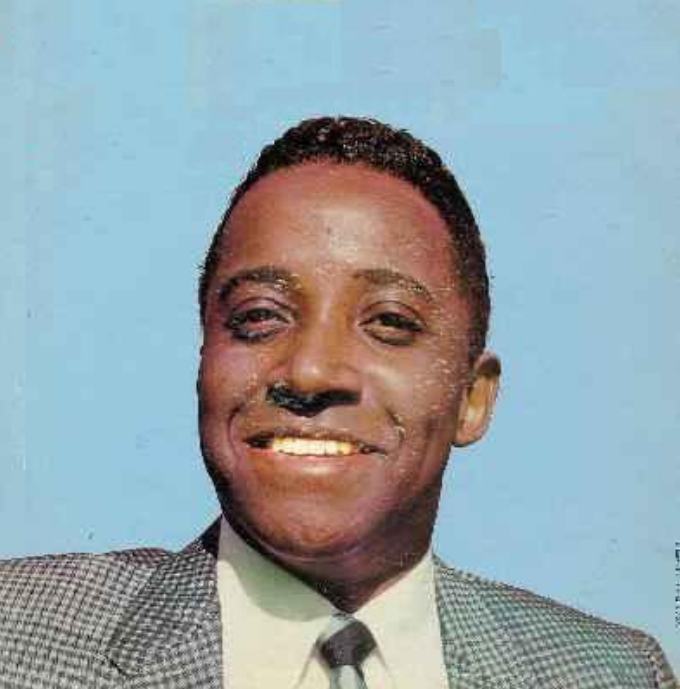 This is just a beautiful version of the song It's All In The Game. Nothing more needs to be said.

There were a bunch of "four" groups around this time. We had the Four Lads up there with Johnnie, now we have the FOUR ACES. 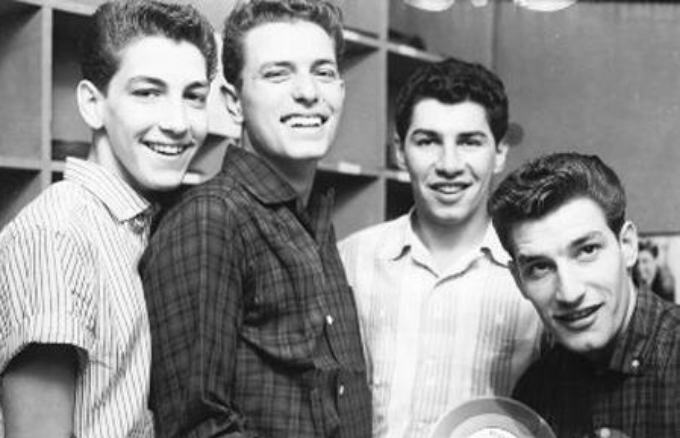 I'd have put in the Four Preps and the Four Freshmen but they were just a little later. Hmm, could be a column in this. Anyway, the Aces had a bunch of hits in the fifties, including this one, Tell Me Why. A bit strident for my taste. The record was banned in a number of places at the time for its perceived naughtiness. Although graced with a couple of excellent lead singers over the years – Clyde McPhatter and Jackie Wilson – on this song, the lead is sung by their bass singer Bill Brown.

A few years later the group recorded a tongue in cheek response called Can't Do Sixty No More. Tell me about it.

PATTI PAGE had enough good songs that, although I've already used a couple of them in previous incarnations of this year, there are enough left over to feature her again. Besides, I really like Patti. 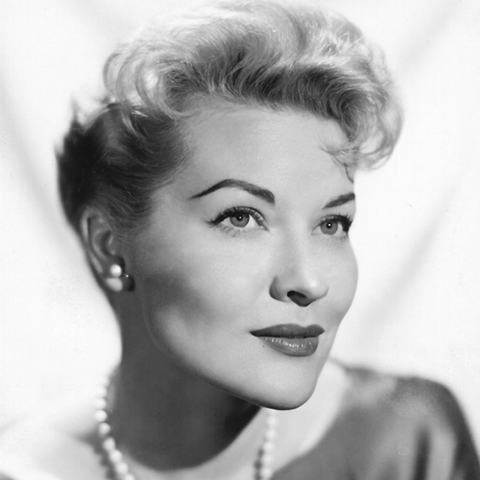 Detour was written in 1945 and a number of people had recorded it over the years. Patti gave it her trademark double tracking of her voice that she used successfully on a number of her hits.

GUY MITCHELL is another singer who was really popular around this time. 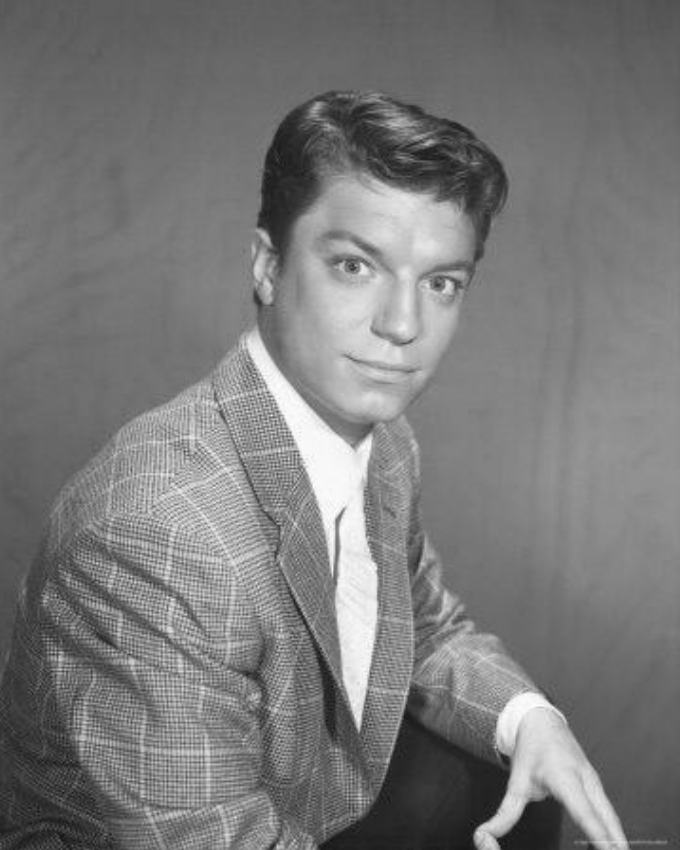 Guy's first half dozen or so records were flops and he was about to be dropped by his record company when Frank Sinatra decided not to record a couple of songs he had scheduled.

Guy was hastily substituted in the sessions and these became his first blockbusters. Not long after that, he recorded Sparrow in the Treetop.

♫ Guy Mitchell - Sparrow in the Treetop

With the on-going saga of what was the first rock & roll record, this next one often gets the nod. Of course, it was a slow evolutionary process and there's really no cut-off line – there were records before this one that could be considered as well, but people like tight categories.

Now I've got that off my chest I'm going to play JACKIE BRENSTON performing Rocket 88 because it's worthy of inclusion.

Actually Jackie's name is on the record pretty much because of the whim of Ike Turner whose record this really is. It was Ike's band that recorded the song, Jackie was the saxophone player and sang on this one.

Although this was released by Chess records, it was actually recorded by Sam Phillips in Memphis before he started Sun Records. Little Richard must have listened closely to Ike's piano intro to the song.

This is a special trip down musical memory lane because I was born in 1951. Thanks for the original "The Thrill is Gone," which I didn't know about. I always assumed it was B.B.'s composition.

Thanks Peter, for another trip down memory lane. I enjoy the little snippets of history behind the tunes and I'm always surprised to find that I remember the words to so many of these songs!

Nice column as usual, but: though "All In the Game" may have been copyrighted in 1951, Tommy Edwards recorded it in 1958.
I didn't think 1951 felt right: I was in first grade then, and I was sure the song came out when I was in Junior High.

Not to pile on here Peter but just for your information, the photo shown for the "Four Aces" entry is actually a photo of the "Four Coins". You know you can't have the Four Aces without Al Alberts. :)