For a long time I've believed that anyone who develops products, services, government programs or anything else meant for elders' use should be required employ elder advisors because only old people can make adequate evaluations.

TGB reader C Lostetter sent this story about two millennial generation technology entrepreneurs who obviously agree. Al Baker and Ahmed Douad moved into a retirement home for a week to help them learn what elders need and want in tech products. 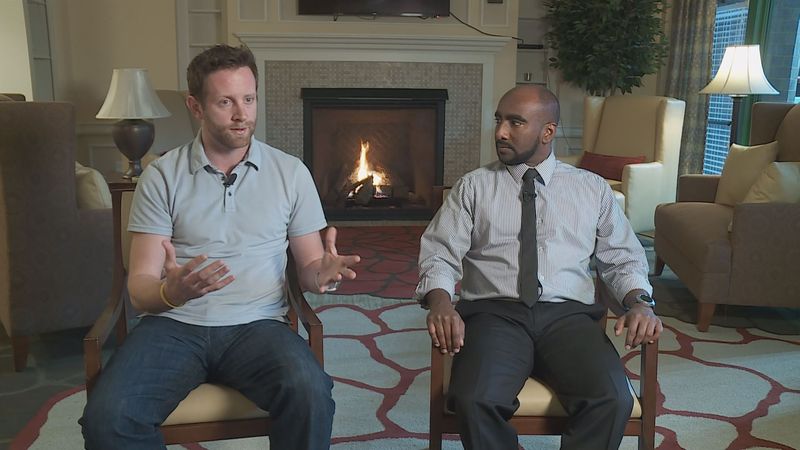 You can read more here where you can also see the video with the two young men and the elder residents.

Oliver's HBO show, Last Week Tonight, went dark last Sunday for Easter but produced this short web exclusive for fans like me who don't like Sunday without John Oliver.

As TGB reader Olga who blogs at Confessions of a Grandma said in the comments last week:

“I know that John Oliver would not pass the birther test so he can't be president, but the world is a better place with him in it.”

It's spring in the northern hemisphere and in the United States, festivals are busting out all over. Consumer Reports warns about some fake food festivals:

”The advertisements appear genuine and the ticket prices are mouthwatering: A Facebook invitation to a food festival touted $49 tickets for all-you-can-eat crab, salad, pasta, bread, and desserts at a recent “Hot Garlic Crab Feed Houston” or $99 for VIP tickets that offered an additional helping of steak.

“Food festival fans clicked on the link to buy tickets and tapped in their credit card number. But when they showed up at the 'location' of the food festival, there was nothing there: no event, no festival, and no explanation. The only sign of the 'food festival' was a crowd of similarly confused ticket holders. Refunds? Forget about it.”

Be warned and read more here.

Undoubtedly, many of you are as tired and bored as I am by the 24/7 coverage of Donald Trump. I mention this because the next three items today are all about Trump.

But each one of them made me laugh or cheer – each in its own particular way. I hope you enjoy them too.

Certainly you know that Trump's favored medium of communication is Twitter and that he uses it primarily to trash women and his opponents.

What we have here is brilliant. Mean girls reading real Trump tweets and it fits so perfectly you wonder why no one had thought of it before. Donald Trump: the ultimate mean girl:

This is produced by the producers of the classic 1967 film, The Producers, and first aired on Jimmy Kimmel in February. I can't think why I didn't show you this when I first saw it. So here it is now.

A lot of people wanted Senator Elizabeth Warren to run for president this year. It is more than conceivable that she is needed exactly where she is as this clip shows.

On the other hand, it could make an interesting election if Hillary Clinton or Bernie Sanders chose her as his/her vice presidential running mate.

Like me, you have certainly spent a whole lot of time in your life updating storage media. Just for music, we have gone from 78rpm to 45rpm to long-playing vinyl albums, 8-track, cassettes, CDs, streaming, cloud storage and now – are your ready, 5D Nanodot Data Storage Discs.

I don't understand what it is for a minute, but here's an explanation of how it operates from the Gajitz website:

”The medium can hold a stunning 360 terabytes per disc and withstand temperatures of up to 1,000 degrees Celsius, but kept in ideal conditions have a shelf life of 14 billion years. Human-readable etchings at larger scales allow the discs to be marked for future identification.” 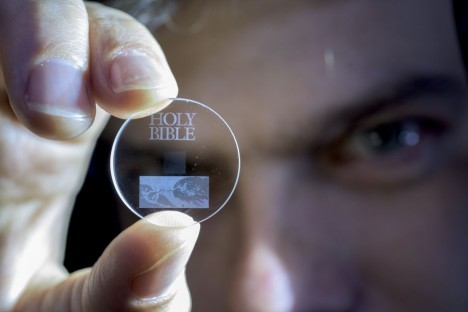 Professor Peter Kazansky from the University of Southampton's Optical Research Center said in a statement.

“It is thrilling to think that we have created the technology to preserve documents and information and store it in space for future generations.”

“This technology can secure the last evidence of our civilisation: all we’ve learnt will not be forgotten.”

THE UKULELE ORCHESTRA OF GREAT BRITAIN

Ukuleles don't get much respect but this video, sent by TGB reader Patricia Read, shows why they should.

The Ukulele Orchestra of Great Britain plays the well-known theme from the Clint Eastwood film, The Good, the Bad and the Ugly.

As it says on the orchestra's website, they've been playing for “30 plucking years.”

What infants and cats have in common is they both prefer to play with box the toy came in rather than the toy itself.

Now we know that the big cats – lions and tigers and cougars and a whole lot their brethren - also like boxes.

The video comes from the Big Cat Rescue website.

The two guys that moved into the ALF are on the right track. Nothing like a little first hand marketing research. But, I'd like to take it a step further. I believe that all caregivers, home health aides, and managers and administrators of senior living facilities be required to spend at least a week living as a resident 24/7. Eating the food, keeping to schedules, being under constant supervision, lack of privacy, opening of mail and being subjected to all of the other ALF specific rules and regulations would be an eye opener for many of them.

And here's a message to all Trump supporters or those who are on the fence.
If you want to make America great again, make it Bernie and Liz in 2016.

I've been saying all along that T***p is a bully, a playground bully of the worst kind. I do not understand why a country that is so opposed to bullying is not so opposed to the worst bully of all.

the young men in the first video are marketing. That is what they are doing. Okay, maybe they will provide something that is needed by the aging population, but they are marketing to people who are already in homes for the aged. If they succeed, they will become gabillionaires and most people will have something on their wrist which they may or may not use.
Love the John Oliver video, of course!
"Trumped" was fantastically funny. I am finding that I am enjoying Jimmy Kimmel more and more. Intelligent late night (actually all of them have come a long way from "Heeeerreee's Johnny!").
I think what I so enjoy about the Brits is that they do not take themselves very seriously. Fun concert. Love their tag!
Thanks Ronni.

What a wonderful collection of far out stuff, Ronni...from the classic theme from "The Good etc" ...this isn't Masterpiece Theatre.

it was just weird. I loved it
Elle your neighbor in Beaverton

NEW TO AS TIME GOES BY. SOOOOOOO ENTERTAINING AND UP LIFTING. LOVE IT!

Brilliant John Oliver as always. For those of us in the outside world, he seems to be the only sensible thing coming out of the US at the moment.

Re the fake food festivals, I imagine that would be fairly easy to get sucked into, if you didn't go off to check for other information about the event. That Consumer Reports website also has lots of other good information about more directed scams to watch out for. I recently got a call with the Aussie version of the IRS scam - I rarely answer the phone directly, so they even left a number for me to call back! No, I didn't.

I normally hang up on robocalls; say "I don't make donations or buy anything over the phone'; or occasionally amuse myself by stringing them along until I get bored and say 'I spent 40 years in IT' and they hang up on me - good result! I used to try to be polite, but the whole concept is rude and intrusive.