1958 was a really good year for music as you can tell by checking the previous two times I've featured the year. There are still enough good songs left over for another column. You never know, there might be a fourth.

It's Only Make Believe was written by CONWAY TWITTY and Jack Nance. 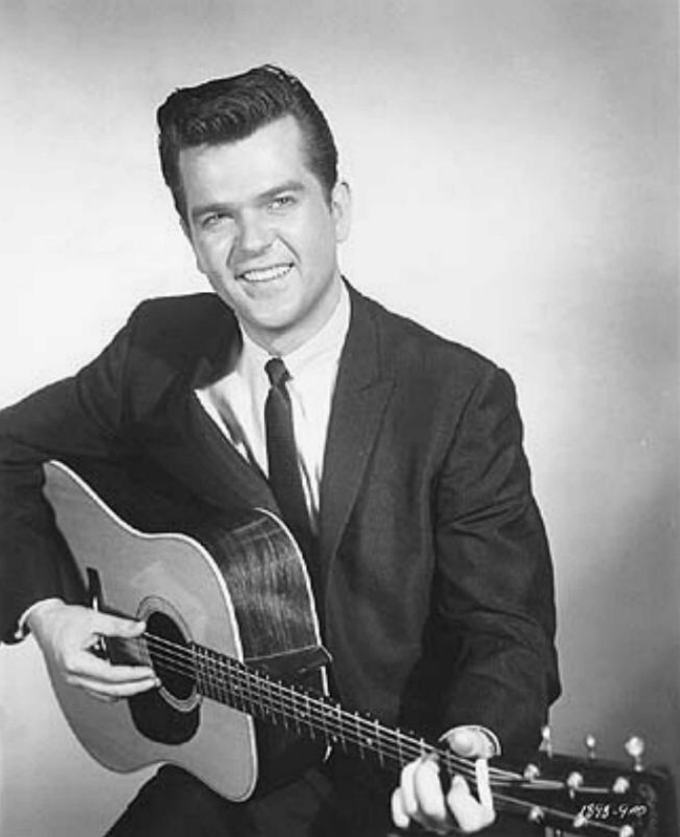 Conway recorded it and took it to the top of the charts around the world. Before all that, Harold Jenkins didn't think his name was show biz enough and got out a road map where he spied Conway, Arkansas and Twitty, Texas. He really should have looked a bit further for a surname but it seems to have served him well over the years.

♫ Conway Twitty - It's Only Make Believe

BUDDY HOLLY was at his peak this year. 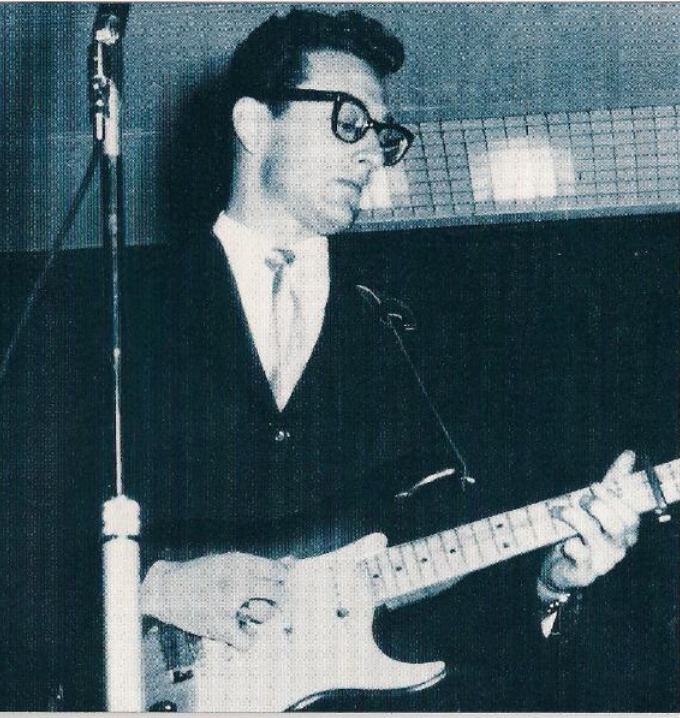 If you've been reading my column for some time you knew that Buddy would have to be present today. Yet another of his fine songs for the year is Maybe Baby.

THE FOUR PREPS were renowned for their comedy records where they impersonated singers of the day. 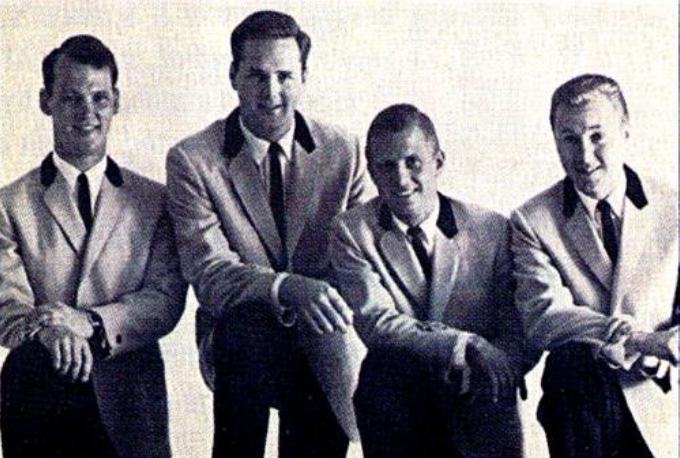 However, they acquitted themselves admirably on serious songs as well. This is one of their biggest and I still don't really understand what it's about. It doesn't matter, it's a good record. Big Man.

Many people recorded this next song, usually under the name Volare. The big hit in Australia, although some of the others were also on the charts, was by DOMENICO MODUGNO and he called it Nel Blu Dipinto Di Blu, which he wrote with some help from Franco Migliacci.

This is, of course, the original version of the song. 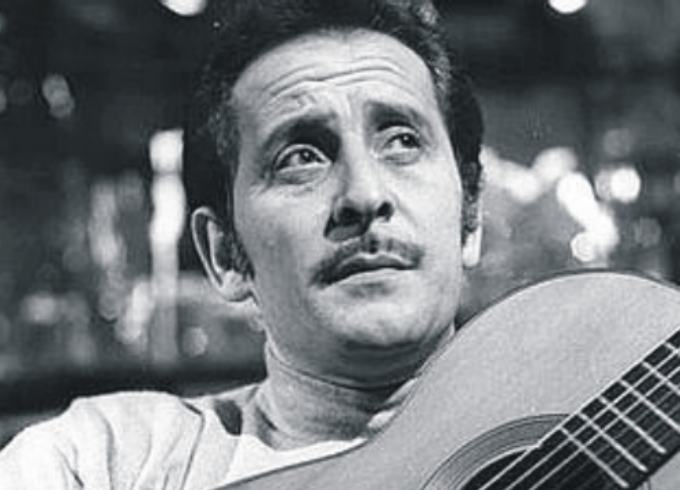 I think Dom's version was successful in Australia as we had (and still have) a really large Italian community, particularly here in Melbourne.

Besides being a singer, songwriter, actor and guitarist he was also a member of Italy's parliament where he championed human rights, particularly in Chile under the egregious Pinochet who banned him from that country.

JANE MORGAN attended Juilliard intending to be an opera singer. To make ends meet, she performed in clubs and the like to earn a little loose scratch. Discovering that this actually paid better than opera, she decided on a pop career instead. A French impresario caught her act and he took her to Paris where she became a big success. She was also popular in Britain. Upon returning to her home country she recorded a song by Gilbert Becaud called Le jour où la pluie viendra.

Actually, hers was an English language version of the song called The Day the Rains Came.

Westerns were popular around this time, especially on TV, and of course they were still making Western Movies as THE OLYMPICS had a wont to tell us. 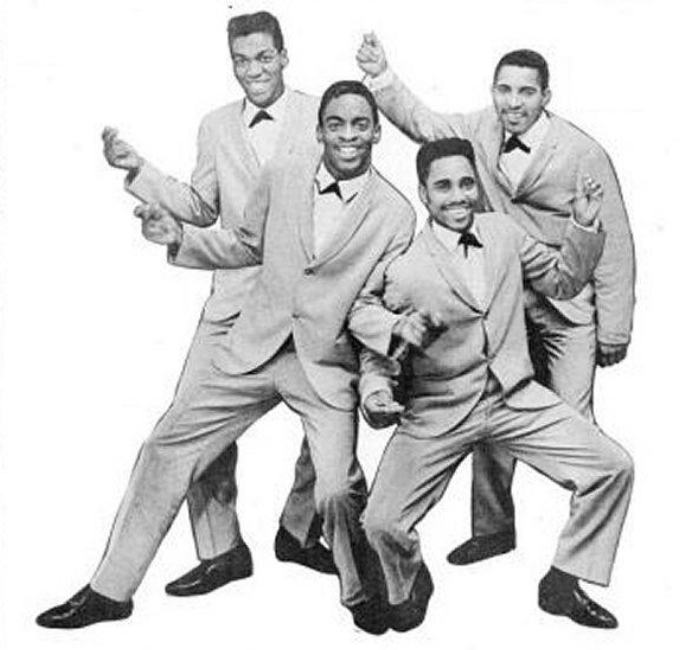 The band got together when they were still at school in Los Angeles. They recorded a song under a different name that didn't do much at all. This was their first as The Olympics. It was a big hit around the world.

According to his song, JIMMIE RODGERS is a ring-a-ding daddy. Oh my. I think he listened to too much Frank Sinatra. 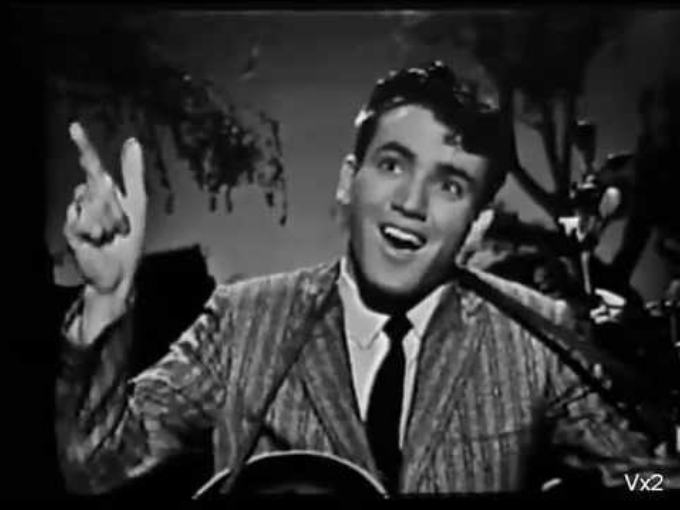 RICKY NELSON was at the height of popularity in 1958. 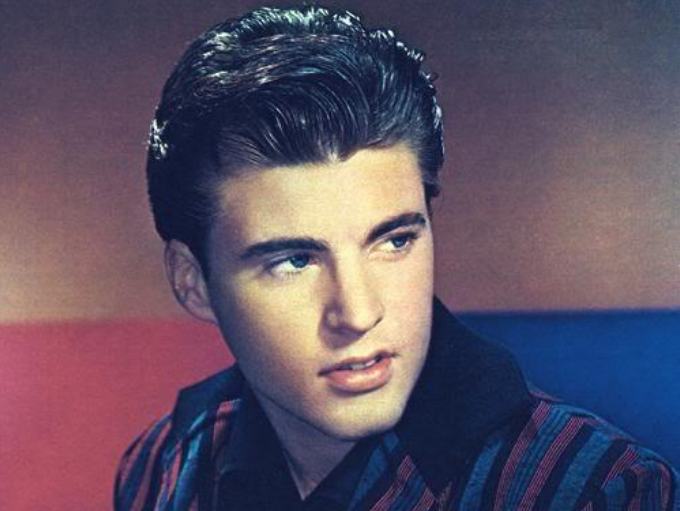 He had half a dozen or more songs that hovered around the top of the charts. One of them is Believe What You Say. This one has the unmistakable sound of The Jordanaires as backing vocalists and the great James Burton playing guitar.

♫ Ricky Nelson - Believe What You Say

THE ELEGANTS seem to symbolise the ethos of DooWop music. 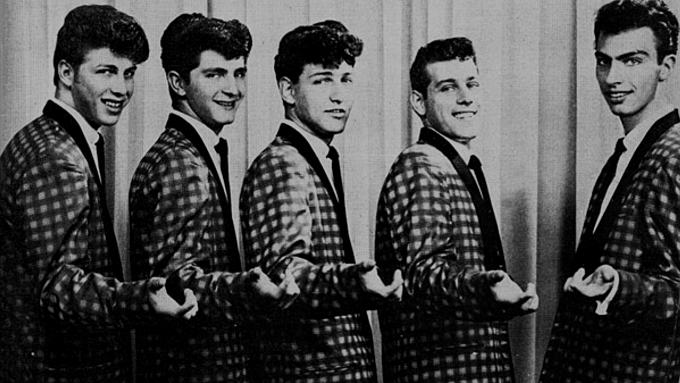 They were from Staten Island and used to practise their harmonies under the boardwalk near their homes. They hit it big while still in their teens with their first record, Little Star but couldn't repeat that one's success.

There's a touch of irony in that the most successful record by CHUCK WILLIS is called What Am I Living For? This is because he died from peritonitis during an operation shortly after recording the song. He was only 30. 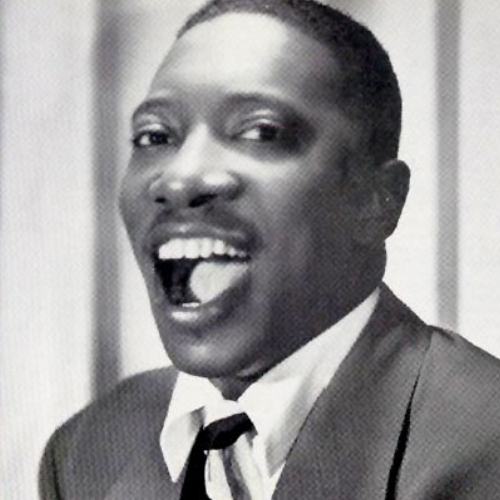 All that aside, in his short professional career he wrote and recorded a bunch of fine songs, many of which have been covered by other artists over the years. Here he is with that song.

Chuck Willis - What Am I Living For

Loved the selections. Music of ones era seems to seep into ones bones; I almost couldn't help dancing as if I was a a teenager again.

I agree--- I was 13 years old in 1958 so I knew most of the words and was transported back.
So thanks for the memories--

Thank you -- I've been watching the history of Jass on TV too and its so interesting how much great music happened in the 50's and 60's -- as well as some really
awful music -- but the beat was there even when the words were extremely
repetitious and a bit senseless. The beat was always there and makes you want to dance again.

I'm an old soul born 10 years after this music came out. Still the best time for music and thankful it's still enjoyed and appreciated.

You've done it again, Peter! Great songs from a great era. I've written about a few of these on the Geezer Music Club...

A terrific trip down Memory Lane.

Love your music site. Great songs that make me want to dance and Im 81

Hi Peter,
Thanks for the memories.

You also reminded me that 1958 began the best of the rock years. 1958 - 1966 was the greatest period for modern day music in the last 80 years. After 1966, the lyrics and not the musicality
took over. Singer song writers with much less orchestration became the word of the day. The style of a song became less important than the message. Music was not much "fun" after 1966.