Home About Archive Contact
INTERESTING STUFF – 7 May 2016
What is Successful Ageing?

Creeque Alley is a song by THE MAMAS AND THE PAPAS about the formation of that band. 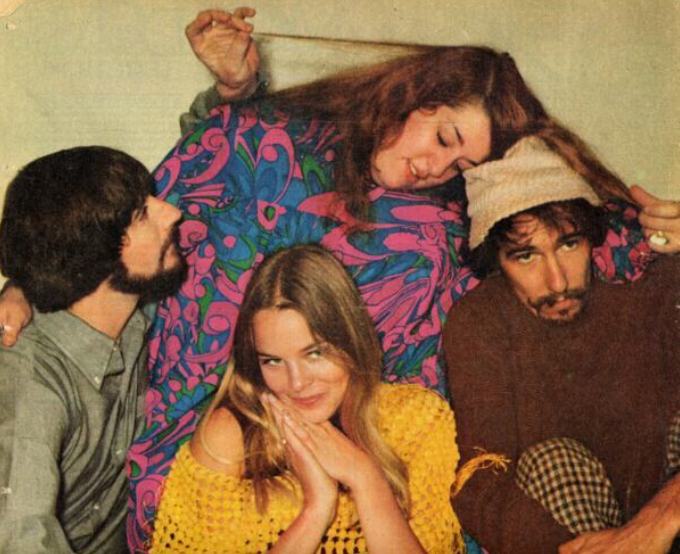 It was written by Papa John, John Phillips, who was the main songwriter for the group.

♫ The Mamas and Papas - Creeque Alley

As you heard, the song starts with the line...

John, you know. Mitchy is Michelle Phillips, John's wife. They were both in a group called THE JOURNEYMEN which is where they met. 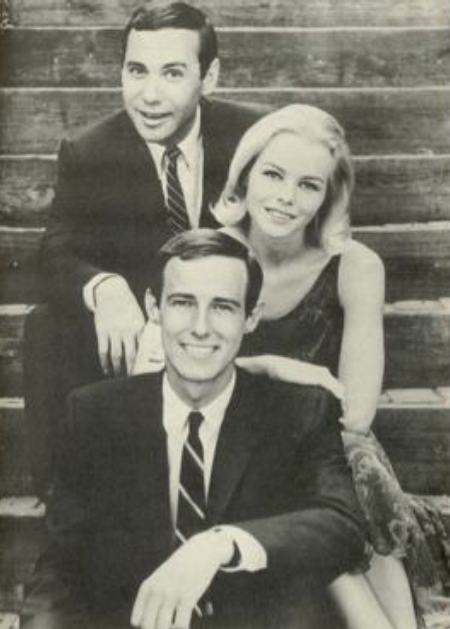 Upon spying her, John instantly dumped his first wife and children, one of whom became the actress and singer Mackenzie Phillips, and took up with Michelle, later marrying her. From the Journeymen, we have Hush Now Sally.

Continuing with the song...

Denny was Denny Doherty, the fine tenor voice in The Mamas and the Papas. Zal was Zal Yanovsky. He and Denny were Canadians and were in a group there called The Halifax Three. Sebastian is John Sebastian and went on to form the LOVIN' SPOONFUL with Zal. 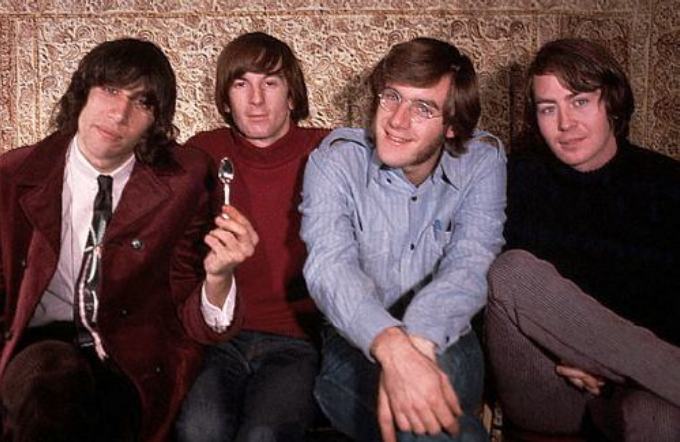 There was a plethora of songs from which I could have chosen something. It was really a matter of the mood I was in at the time. My mood suggested Darlin' Companion with the unmistakable voice of John Sebastian singing lead.

McGuinn and McGuire just a gettin' higher
In L.A., you know where that's at

McGuinn is Jim (later Roger) McGuinn who went on to create one of the finest bands of the era, THE BYRDS. 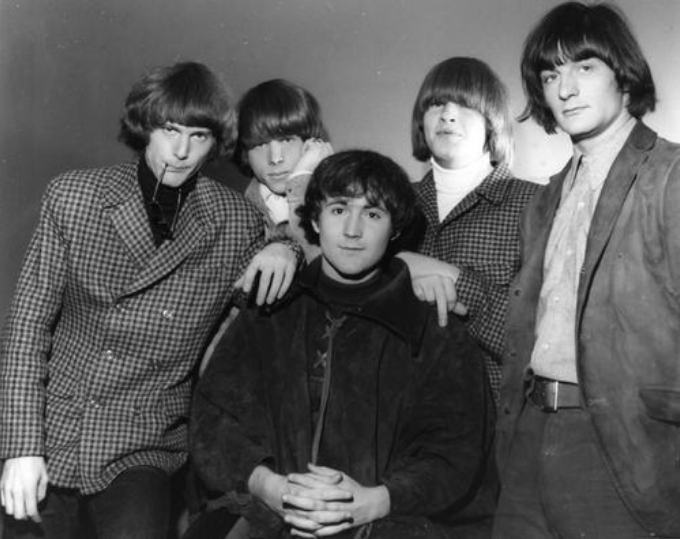 The song of theirs I've chosen is from a little later in their career. It seems that Peter Fonda wanted Bob Dylan to write music for his film Easy Rider. Bob refused but wrote a verse of a song and told Peter to "give this to McGuinn.”

He did and got a theme song for the film and McGuinn got an album out of it called “Ballad of Easy Rider.” That was the name of the song as well.

As an aside, it seems that Peter was a big fan of The Byrds, and early on he had them round to his place to play for him. Gee, that'd be al lright. The story is that he based his character in the film on McGuinn and Dennis Hopper's character on David Crosby.

♫ The Byrds - Ballad Of Easy Rider

McGuire is Barry McGuire, once in the NEW CHRISTY MINSTRELS and later had (and is still having) a rather successful solo career. 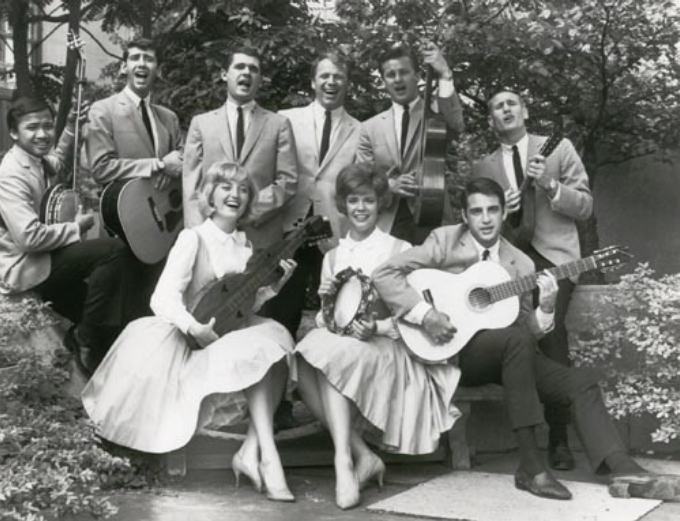 From the Christys (Christies?) here is a song that made it to the charts, Green, Green.

That lead vocal was by BARRY MCGUIRE. 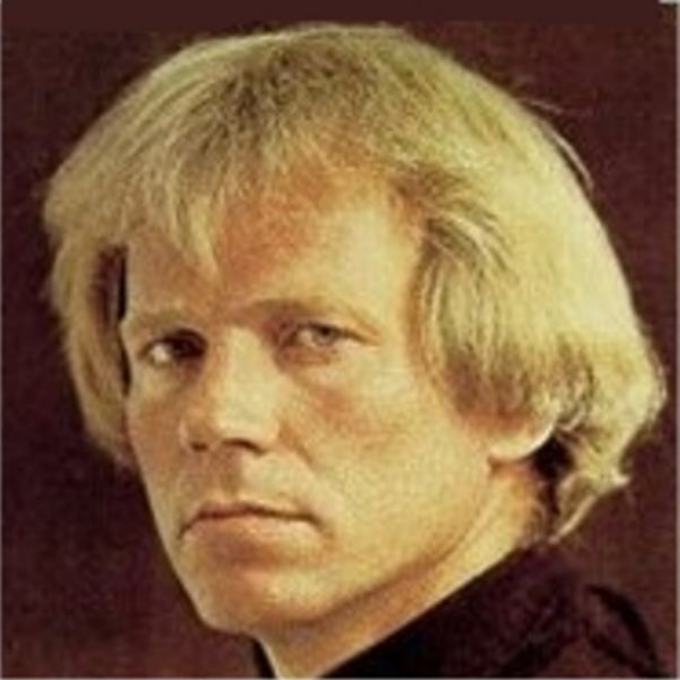 His most famous song, written by P.F. Sloan, is Eve of Destruction but you probably know that one. Instead, here's something very unlikely, Try to Remember from the musical "The Fantasticks.” 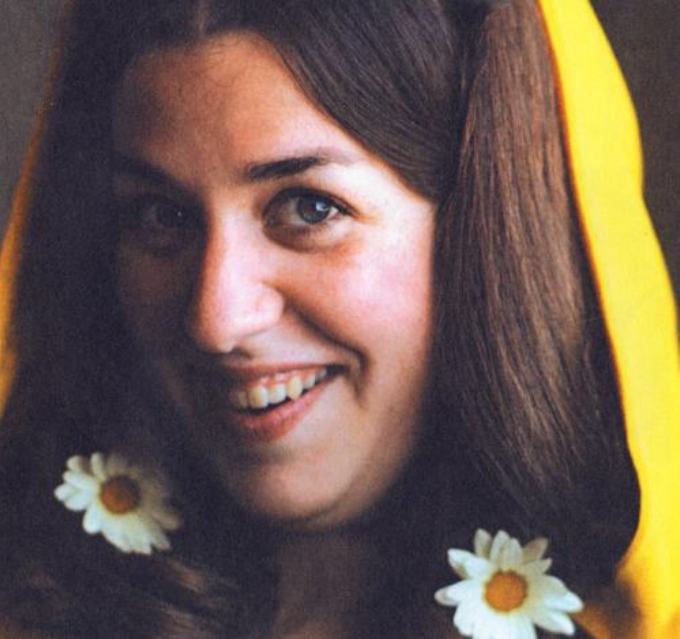 Mama Cass first came to notice in a group called THE BIG 3. 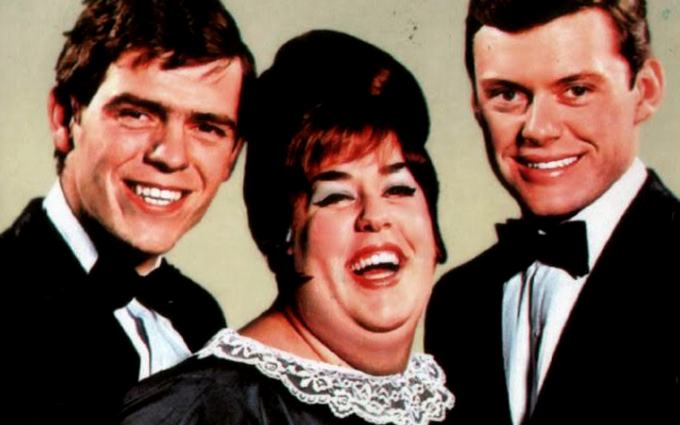 They weren't hugely successful but they did release a couple of records including this one, The Banjo Song. You might know it under another name.

After The Big 3, Cass got together with Denny, John (Sebastian) and Zal and, as was mentioned in the song, formed THE MUGWUMPS. 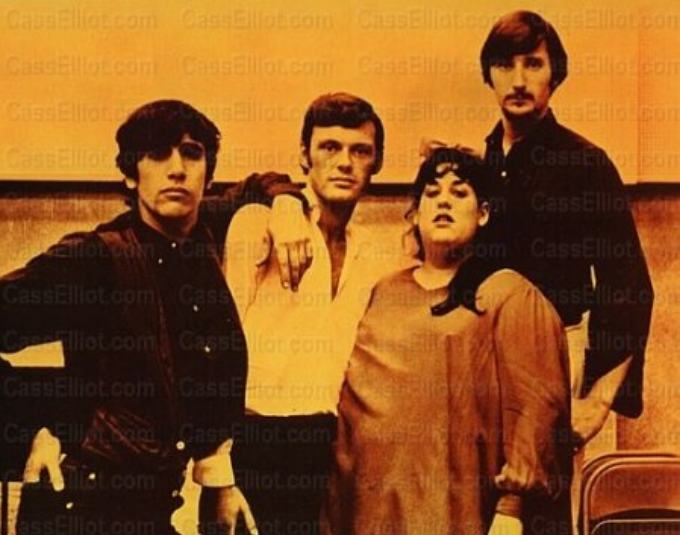 John was soon replaced by Jim Hendricks who had been in The Big 3 with Cass. They made one album. Listening to their record, you can hear hints of what was to come later. See what you think with Everybody's Been Talkin'.

♫ The Mugwumps - Everybody's Been Talkin'

After the demise of The Mamas and The Papas, Mama Cass had a decent solo career until her untimely death (heart attack; ham sandwiches were not involved).

She began with a song that was actually on a Mamas and Papas album but was released as a single under her own name, Dream a Little Dream of Me.

♫ Mama Cass - Dream A Little Dream Of Me

And ending the song...

And California dreamin' is becomin' a reality.

Naturally, I'll play that song by THE MAMAS AND THE PAPAS. 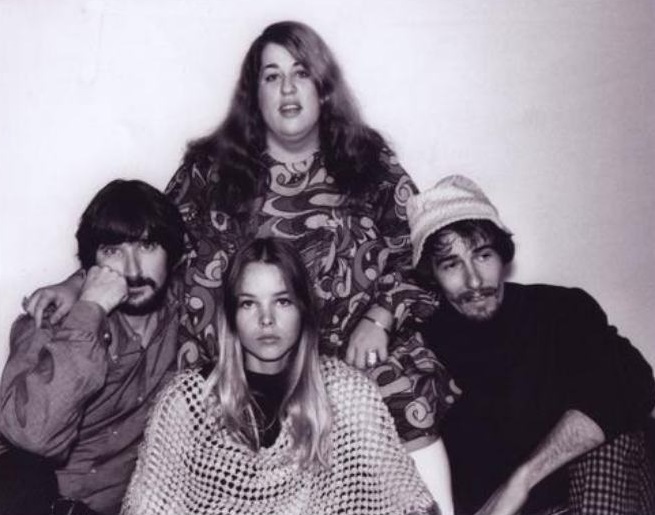 The Mamas and Papas - California Dreamin'

Here is a bonus. I remember seeing this program a few years ago and recently found it on YouTube. It's Barry McGuire singing, and updating, his most famous song perfomred live on Australian television program, Spicks n Specks, in 2009.

Your selections and comments took us on a trip down memory lane. We are "children" of the 60s. Thanks so much, Peter.

Peter, this gathering of songs from a song, so cleverly done, is delightful, and with coffee in hand, I took a dream down memory lane.

I miss 'the hearing' of many of these songs that were in cars, or while walking a downtown street or in the halls and around my apartment building - all the time.

I probably enjoyed this one as much as any of your posts, Peter, and that's saying something. I've always loved "Creeque Alley" just as a song and pretty much got the lyrics too, and I also sort of knew about all the various relationships among the musical groups, but the way you've laid it all out here is masterful. In addition, the collection of songs is nothing short of perfection.

My goodness, I enjoyed that!

What a fabulous offering this week. Thank you Peter.

Great journey! It was especially well-timed on Mother's Day, I remember my (rather cool) mother singing many of these songs.

Thank you Peter. What a creative way of presenting your selection this week. Loved it.

I usually enjoy looking through the weekly Elder music column and will listen to one or two of the various selections to usually hear or learn something new (to me). This past Sunday I spent a lot of time reading, listening, and reflecting on a key portion of the music of my youth. And felt compelled to say how much i enjoyed it, and thanks to Peter for taking the time in this small exercise in family tree building rooted in such an iconic group.

No computer (or TV) for this past weekend, so this morning I was happy to see (and listen to) this. Thank you.

Thank you Peter, your posts are always such a delight but this one was really enjoyable!

Hi Peter...I was so busy yesterday (Mothers Day here in the US) that I didn't even check email, much less my favorite blogs. This evening I spent about an hour with you and your A.M. listening to, reading, and enjoying the clever selection of music from my youth. As a California Girl who surfed on Zuma beach, worked in a Venice Beach eatery for one summer, and generally spend every spring, summer and fall on the beaches of Southern California I so related to the Mamas and the Papas as a group. Especially "California Dreamin'"..that was always 'my' song...at least until I discovered the Dead, moved north and began to travel with the Dead in my VW van and 18 month old baby...he was pretty much raised in the parking lots of concert arenas up and down the coast..we lived on grilled cheese and mushroom sandwiches and I made "dead Twirlers" dresses to sell with my old treadle sewing machine, from the back of the van...a fun life for a few years until I had to grow up.

Be well Peter and keep on giving us great music, be it classic rock or classic classics, you have the ear of many of we blog readers!

Thanks for this - filled in a couple of gaps in my knowledge of the names mentioned in the song. Cheers David, Ballarat

Hi Dave. Good to see you.