Home About Archive Contact
Welcome to Fall - And to Falls Prevention
ELDER MUSIC: 1962 Yet Again

THIS 90-YEAR-OLD PROVES I DON'T KNOW ANYTHING ABOUT DEDICATION

”For 53 years, Justo Gallego has been building a cathedral by hand on the outskirts of Madrid almost entirely by himself. Gallego has no formal architecture or construction training, but that hasn't stopped him from toiling on this herculean task.

“At 90 years old, Gallego knows that he will not be able to finish the project in his lifetime. But he keeps at it anyway, day after day, driven by his faith.”

WHAT IN THE WORLD TEST

Most newspapers and many news websites have weekly quizzes where we can test our knowledge of what happened during the week. I'm not much interested in those but this one intrigued me. As The New York Times explains the latest update:

”A few months ago, we started a new feature of short, surprising items from all corners of the globe. We've now published 100 of these items, and we hope they have made you smile and maybe even taught you something about another culture.

“To celebrate, we offer this quiz, where you can test your new knowledge of peculiar facts about faraway places — or learn some new ones.”

Of the 10 multiple choice questions, I got only three right, she said with chagrin. You can check how you do here.

You have probably seen news stories about the new Smithsonian National Museum of African American History & Culture in Washington D.C. Most of us will probably not get there but this week, the Washington Post published images of some fascinating artifacts. Here are two: 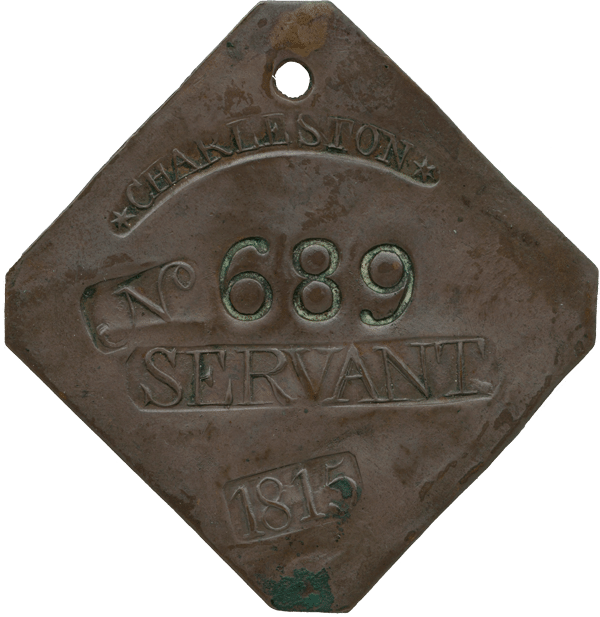 Slaveholders could earn money by hiring their slaves out as workers. A slave badge identified the slave by his or her profession and the date. 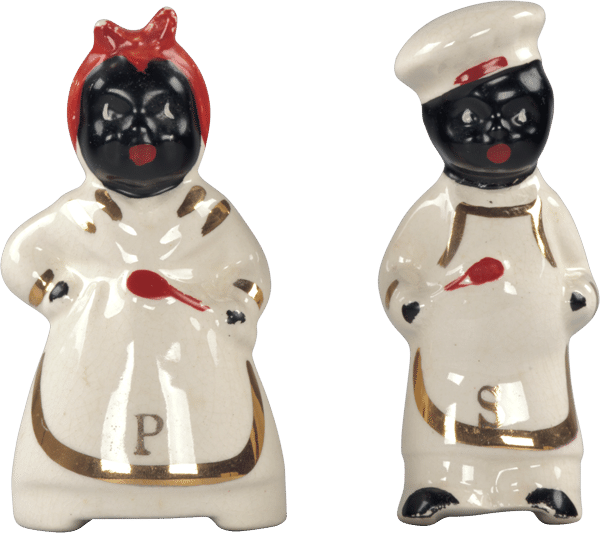 During the segregation era, caricatures of African Americans were an ubiquitous part of American life that ornamented household items, from candleholders to coin banks to these salt and pepper shakers, made in the 1950s.

The variety of items, from slave collars and leg irons to Michael Jackson's fedora and much more, is remarkable. You can see more in the Post story here.

And you can explore the entire museum “through an African American lens” at the museum website.

This was the first Emmy for Oliver and his HBO show. He has three others for his work on Jon Stewart's The Daily Show. Also this week, Oliver appeared on CBS This Morning. The Emmy was mentioned but he also discussed his Edward Snowden interview in Moscow and the "dispiriting" presidential campaign.

At last, Oliver and his HBO show return from hiatus tomorrow night.

Tickets to attend an event at the Library can be as much as $40. But after the live events, usually by the next day, you can stream them on your PC, tablet, phone or download them as podcasts. All for free. Find them here.

All you have to do to understand this idea is hear or read the name: solar roadways. It solves an enormous number of important problems and if anyone in charge is smart, we'll move forward with this immediately. Take a look – you will be impressed.

Madeline Gonzales is only five months old. Her grandfather, who works at Costco, couldn't resist buying one for her when a load of humungously large teddy bears arrived at the store. Take a look at Madeline with her new plush toy: 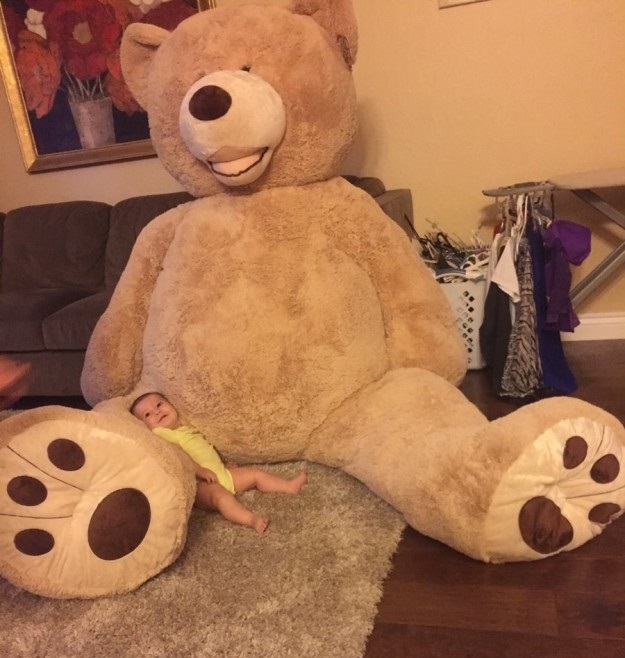 There are more photos with the whole story here at Buzzfeed. I'm pretty sure this is the cutest thing you will see all day today.

During this presidential election campaign, a certain candidate's dog whistles have made him a darling the white supremacy/neo-Nazi movement which, renamed the "alt-right," is having its moment in the media sun.”

Here is a report about their recent conference from a gay Latino reporter:

This has been floating around the webisphere for several years but I was reminded of it this week after a long while and it's as much fun to read again, especially for pun lovers, as the first time around. 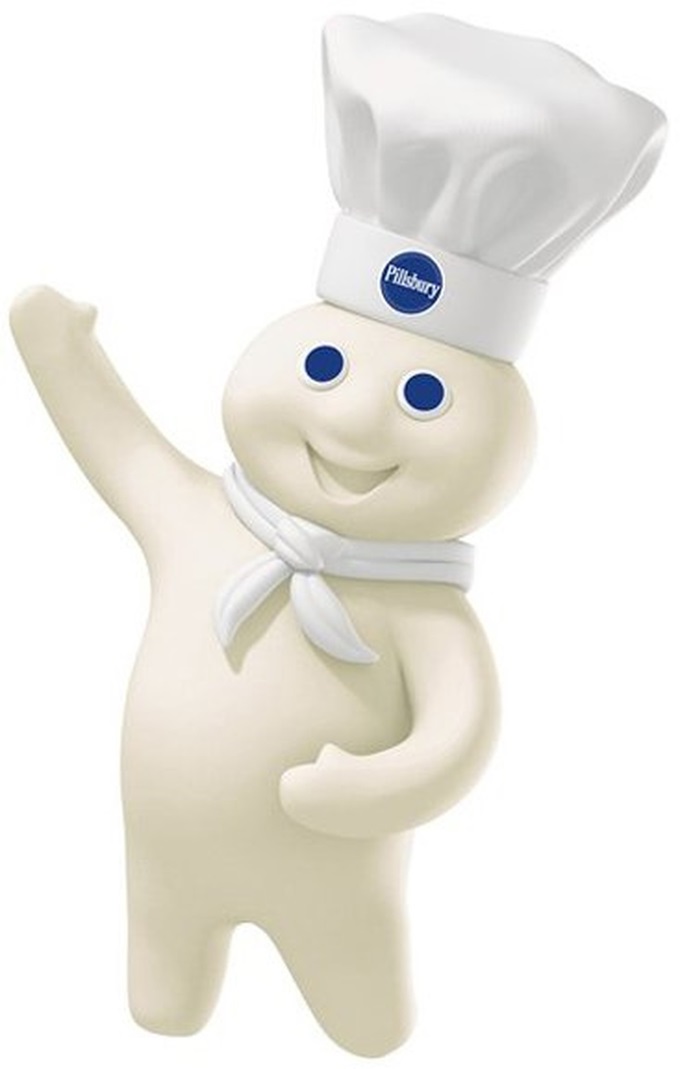 ”Sad news today, so please join me in remembering yet another great icon of the entertainment community. The Pillsbury Dough Boy died yesterday of a yeast infection and traumatic complications from repeatedly being poked in his belly during his lifetime.

“The veteran Pillsbury spokesman was 71. Dough Boy is survived by his wife, Play Dough; three children, John Dough, Jane Dough, and Dill Dough; plus they also had one in the oven. He is also survived by his elderly father, Pop Tart. Services were held yesterday at 350 for about 20 minutes.

“Dough Boy (DB) was buried in a lightly greased coffin. Dozens of celebrities turned out to pay their respects, including Mrs. Butterworth, Hungry Jack, the California Raisins, Betty Crocker, the Hostess Twinkies, and Captain Crunch. The grave site was piled high with flours.

“Longtime friend, Aunt Jemima, delivered the eulogy, describing DB as a man who never knew how much he was kneaded. DB rose quickly in show business, but his later life was filled with turnovers.

“He was not considered a very 'smart' cookie, wasting much of his dough on half-baked schemes. Despite being a little flaky at times, but was thought of as a roll model for millions. Toward the end, it was thought he would rise again, but alas, he remained unleavened.”

At least you got three right - two better than my score!

So glad to see the solar panels for roadways moving forward!!! Roadways and bridges throughout the country need so much work that I wish the panels could get into the works across the country NOW.

Loved the solar roadways. Awesome potential. I suspect also, an awesome cost. But it's like solar panels on our roofs. The surface area is there and it gets heated by the sun every day. Let's put that heat to use!

My favorite is the solar roadways video. We all need to get behind this and share it--especially with our politicians.

The solar roadways video was so exciting and so promising. With the real concern about aging infrastructure in the US and climate change throughout the world, constructing solar roadways could be a huge a win-win.

I only got 2 right. And I guessed at those. My other guesses were wrong.

The solar roadway is the way to go. I will probably never see it, but I am all for it.

Welcome back John Oliver. He is just in time to add some much needed humor to this insane election.

The teddy bear was a cute story, but imagine trying to keep it clean enough to be around a baby.

The White Nationals are beneath contempt. They must be terribly insecure to think they need an organization to validate their identity.

Super post! I think the solar highways is abs brilliant. Awed by the sole cathedral winner. NYPL noted as a wonderful source of info/entertainment (its got to the stage I never watch TV).

The ginormous teddy bear evokes mixed feelings. Cute pic... but, the wasted resources in making/transport/short life/disposal, sigh! I think about the factory workers in China or wherever turning out these for overseas buyers, for Valentines, etc etc, and thinking foreigners infatuated with stuffed toys are barking mad !! Also remember my nephew gifted a large giraffe stuffed toy - he was terrified of it and boy! did we love showing him and laughing at his horror/terror (yes, we were stupid unthinking teenagers). Good thing is the nephew has no carry over terror of stuffed toys/giraffes.