I've done a couple of columns on drinking songs but I haven't produced one specifically about wine, the only alcohol in which I indulge.

If I had my druthers, I would pretty much drink some of these wines in the photo all the time (and a few others like them). My bank manager might have something to say about that though.

I don't like beer – I know, that makes me un-Australian. I don't like Vegemite either so I'm doubly beyond the pale. I don't drink whisky (or whiskey), brandy, vodka or any of those. It's just the grape for me.

Not just me it seems. I found more than 200 songs devoted to the subject (and that's just in their titles). A lot of culling was necessary.

TOM RUSSELL has recorded a number of albums about the area around New Mexico, Texas and Mexico region.

The album from which this song is taken is not one of those. However, this song is set around the Russian River, a fine wine growing area in California. No matter where the setting is, any song from Tom is worth a listen, and this is no exception. Midnight Wine.

Yet another excuse for me to include JESSE WINCHESTER, and besides, he supplies the title of the column. 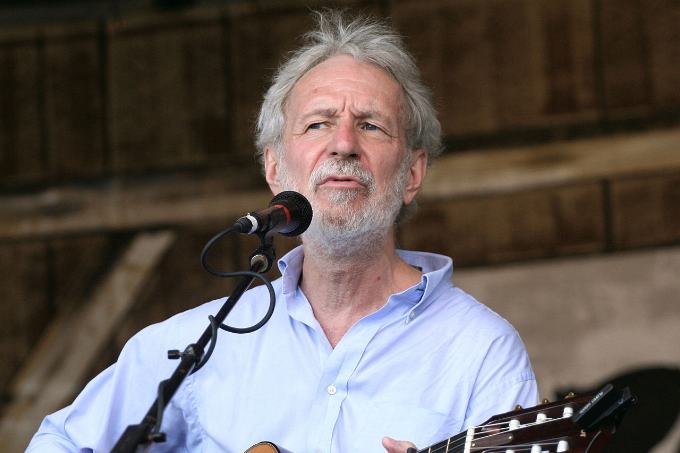 Jesse was fond if a glass of wine which we found out when he was here for the Troubadour Weekend, run by winemaker and music buff Andrew Pattison for acoustic and similar performers.

Alas, Jesse is no longer with us and neither is the Troub weekend. Oh well, we still have Jesse's records from which is taken Little Glass of Wine. We also still have Andrew's wines.

Almost certainly the most successful Australian rock band in this country, if not internationally, was COLD CHISEL.

They were blessed with several excellent songwriters, a great lead guitarist and a charismatic lead singer. They were the real deal. Their song isCheap Wine, something we all want but usually eschew because of its quality – but not always, says he speaking from experience.

You could probably guarantee that DEAN MARTIN would be present in this column, so I wouldn't want to disappoint you.

Dean recorded some country sounding albums during his career and the song Little Ole Wine Drinker Me is taken from one of them.

Three great jazz singers, Dave Lambert, Jon Hendricks and Annie Ross, got together in the fifties and called themselves LAMBERT HENDRICKS AND ROSS.

They were certainly the best jazz singing group that ever was. Over time, Annie left and was replaced by Yolande Bavan. Alas, Dave was killed in a car accident in the sixties. As I write this, Jon and Annie are still with us and I hope neither goes toes up for quite some time.

Their contribution today is Gimme That Wine.

I could write a whole column on GARY STEWART's drinking songs. 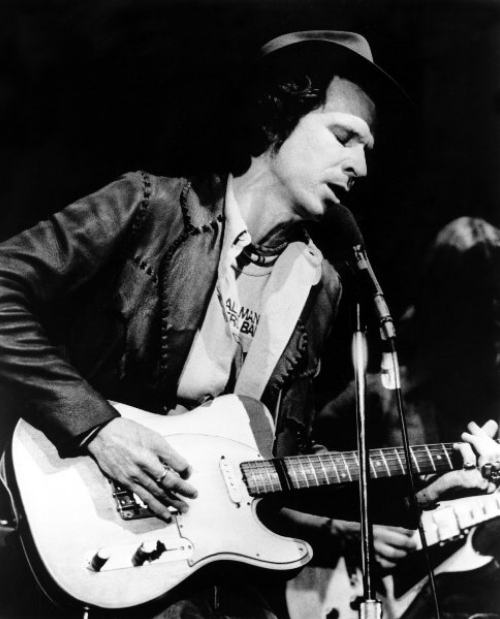 Indeed, I already have but Norma, the Assistant Musicologist, said that's far too much Gary Stewart on a single topic and besides, they're pretty much all the same song, she said.

So, that one has been shelved for now. However, I've used one of the songs today, Backslider's Wine.

KIERAN KANE first came to my notice as half of the group The O'Kanes (with Jamie O'Hara as the other half). 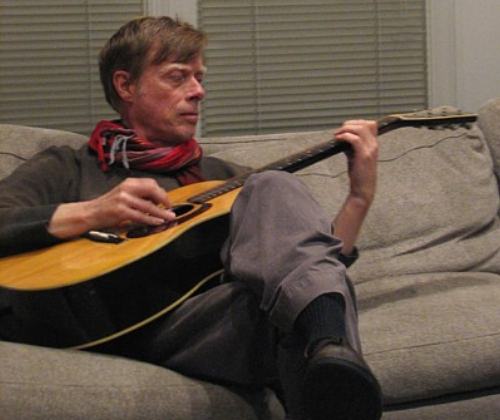 Since then he's performed on his own as well as with Kevin Welch as another duo, and occasionally adding multi-instrumentalist Fats Kaplin into the mix. From one of Kieran's solo albums we have Honeymoon Wine. Gotta watch that wine on your honeymoon.

STICK MCGHEE (or Granville McGhee, as his folks knew him) was a jump blues singer, guitarist and songwriter. 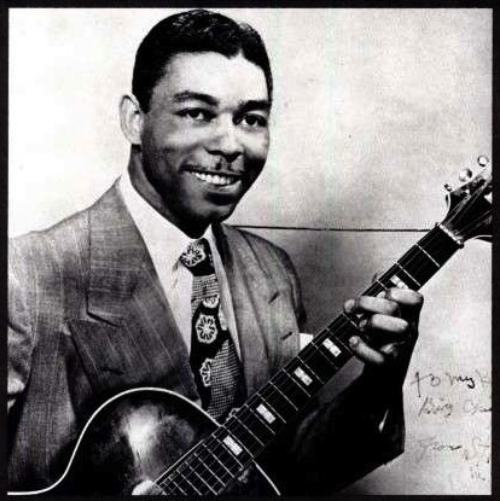 He was also the younger brother of blues guitarist Brownie McGhee. Stick wrote the song Drinkin' Wine Spo-Dee-O-Dee and it's been covered by many over the years, most notably by Jerry Lee Lewis.

The original lyrics to the song had to be cleaned up considerably before it could be recorded and let loose on a poor unsuspecting public. Here's the clean version.

JOHNNY MERCER (and Henry Mancini) wrote the song The Days of Wine and Roses for the film of the same name. 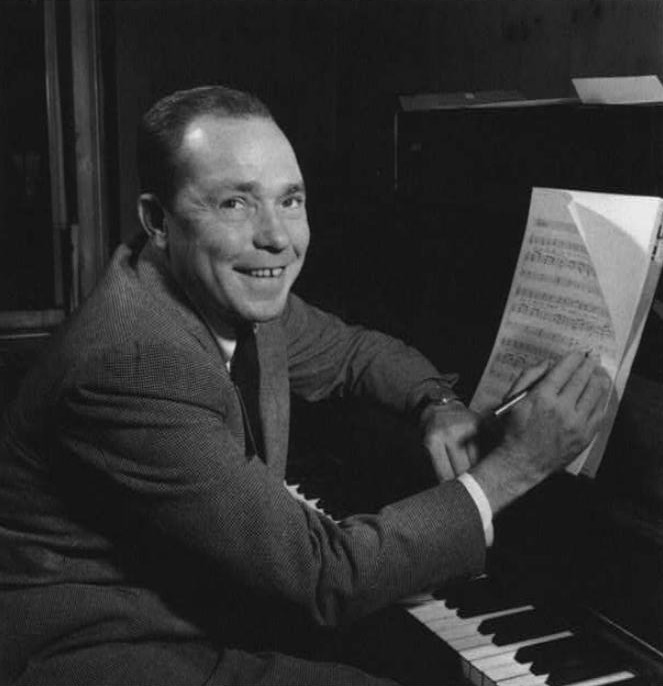 The film's a bit of a downer really but the song sounds quite nice and pleasant. Andy Williams had a big hit with it but we're going with Johnny's version.

♫ Johnny Mercer - The Days of Wine and Roses

I've included this next tune merely because it's such a wonderful title – judging a song by its cover, I suppose. The performers are DOC & MERLE WATSON, father and son. 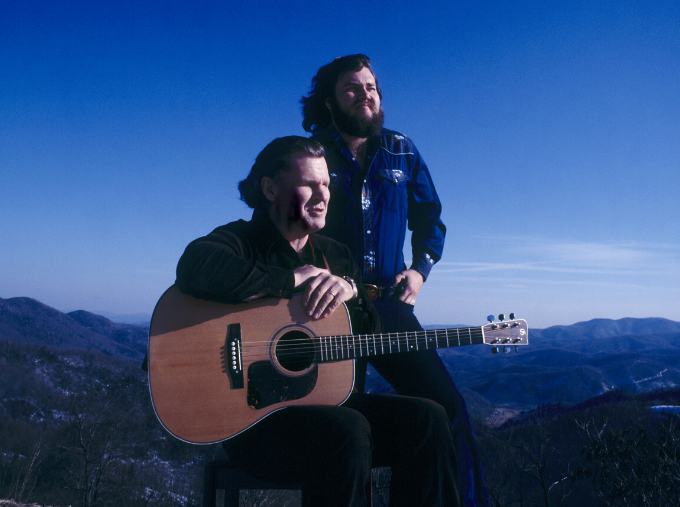 I thought I knew my wine grape varieties but Scuppernong was certainly a mystery to me. Thanks to Dr Google, I found that it's a variety of muscadine native to the southern areas of the United States. It also said that scuppernong is the state fruit of North Carolina.

Well, well, well. To the song, it's Broomstraw Philosophers and Scuppernong Wine.

Enjoyed all the artists with wine in their lyrics.
How about Neil Diamond's song RED, RED WINE?

So glad I found this site. Brings back a lot of memories.

Welcome aboard, Consuela, I hope you stay around now you've found us. As I mentioned at the beginning, I found a couple of hundred songs so something had to give.

Absolutely fantastic columns. I wish I could post them on my FB page.

Never mind. I found out how to do it!

I'm eyeing a so-so wine and a competing excellent wine.

One of those will be drunk come Tuesday night. If this election goes beyond that, I'll down them both on Wednesday, by myself, in a closet. Enough of this embarrassingly insane election 'season.'

I was inspired to pour myself a little glass of white wine to sip as I enjoyed your selections today. Thanks Peter.