VAN MORRISON is quite happy (or as happy as Van can get) to share the stage and recording studio with other performers. Van may not quite match Willie Nelson in that regard but he is known for performing duets, so today's column will feature some of them.

At one time Van lived in Woodstock, New York, and members of THE BAND were also close by. 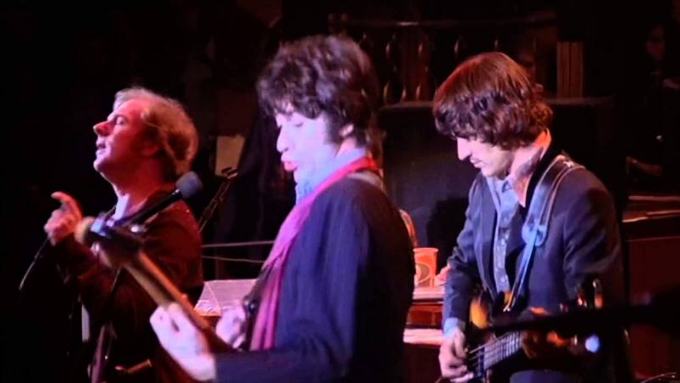 They weren't alone. Bob Dylan, Maria Muldaur and Paul Butterfield were there as well, at least until it became common knowledge and the town was inundated by musical tourists.

The Band recorded their album "Cahoots" at Bearsville, just down the road, and Van dropped in one day and performed a duet with Richard Manuel on the song 4% Pantomime.

♫ Van Morrison and The Band - 4% Pantomime 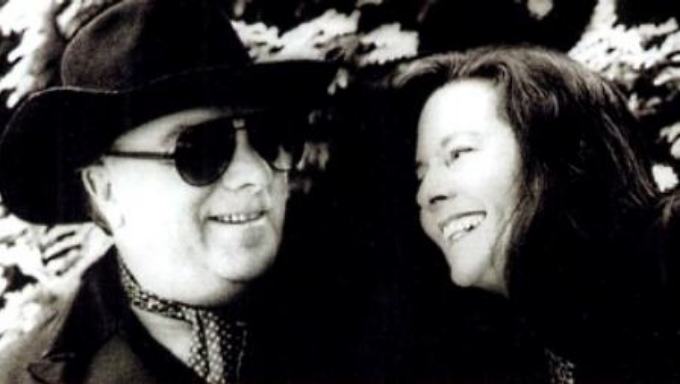 She and Van recorded an album together called “You Win Again”, named after the Hank Williams song. I've decided to use the title number.

In recent times TOM JONES has recorded some really fine soul and rhythm & blues songs. Norma, the Assistant Musicologist, and I thought he should have done more of that during his career but he might not have had the success he achieved, I suppose. 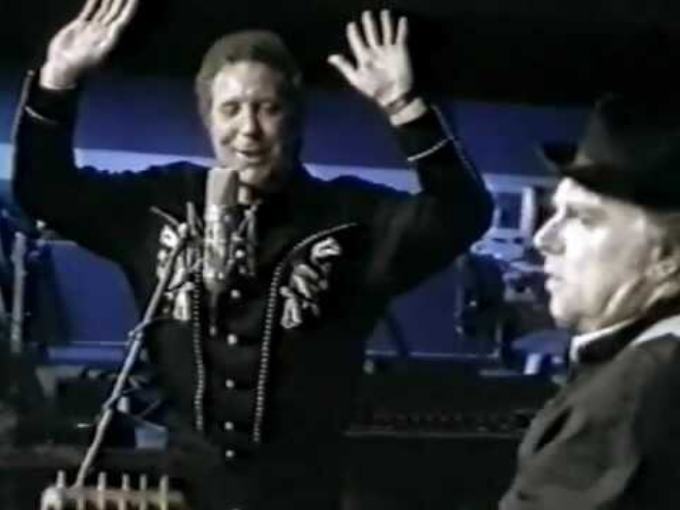 In that vein, here he teams with Van on Sometimes We Cry.

Van often performed with his good friend JOHN LEE HOOKER and they also recorded an album together. 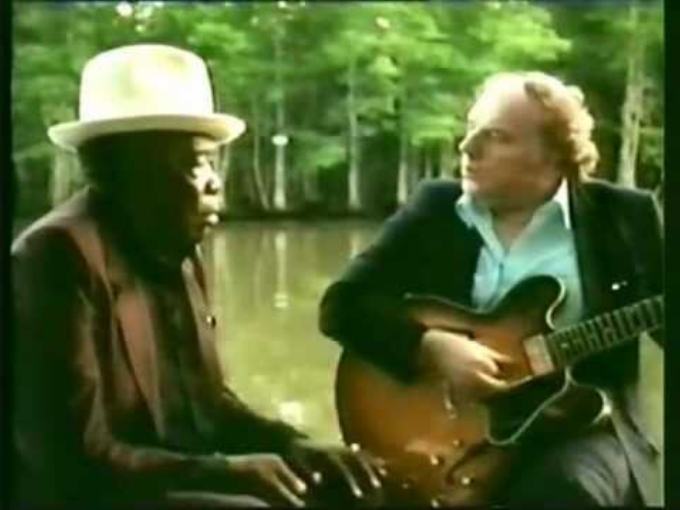 Here they are together with a very atmospheric version of I Cover the Waterfront.

MARK KNOPFLER has a distinctive guitar sound. I think it's because he doesn't use a pick so there's a softer sound to his playing. The A.M. especially likes it. I do too. 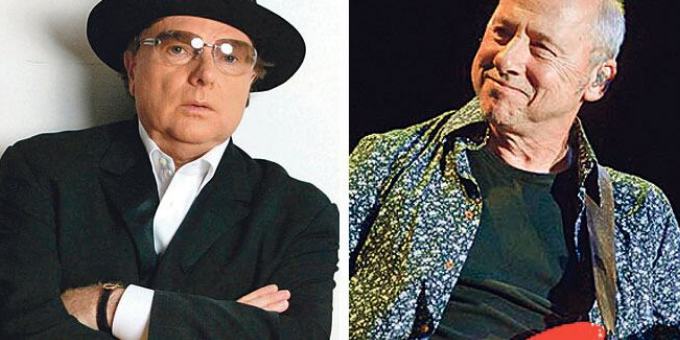 He has a pretty distinctive voice as well. Mark and Van perform The Last Laugh.

B.B. KING recorded a couple of albums of duets with various people (and I'm just getting an idea for another column). 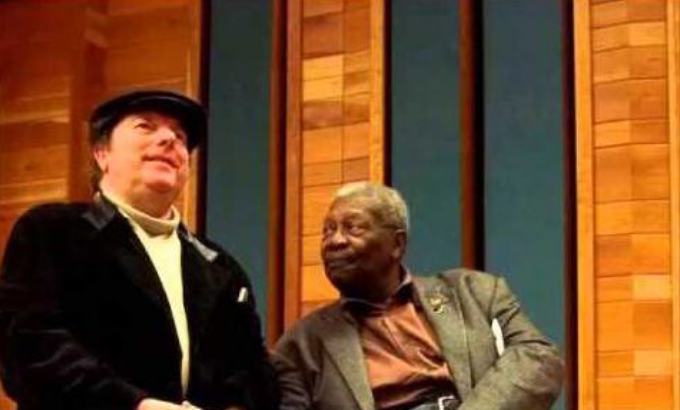 His duet with Van is called Early in the Morning.

♫ Van Morrison and BB King - Early In The Morning

GEORGIE FAME was a regular member of Van's band for quite some time. 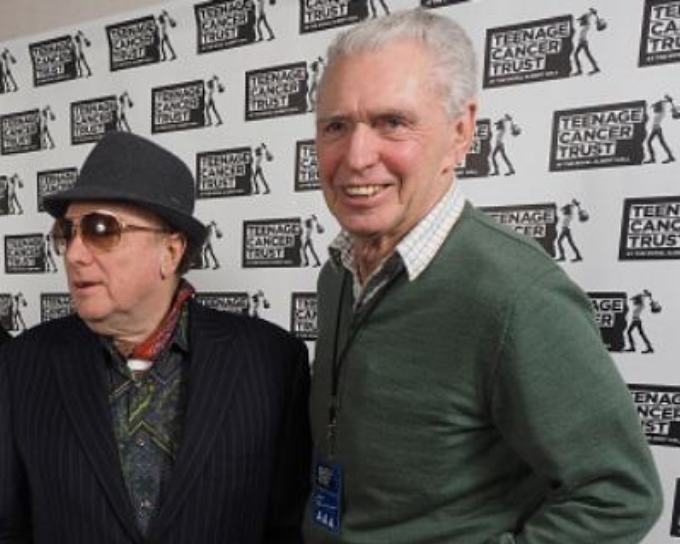 Indeed, Van still calls upon his services as a keyboard player. Not just that, he also gets him to sing as well, both as a solo and a duet. It's that latter category we're interested in today. Together they perform Centerpiece.

Van recorded a song called Whatever Happened to PJ Proby on his album "Down the Road". On his later album of duets he performed the song again and naturally, he had P.J. PROBY along to sing with him.

Well, you would, wouldn't you? 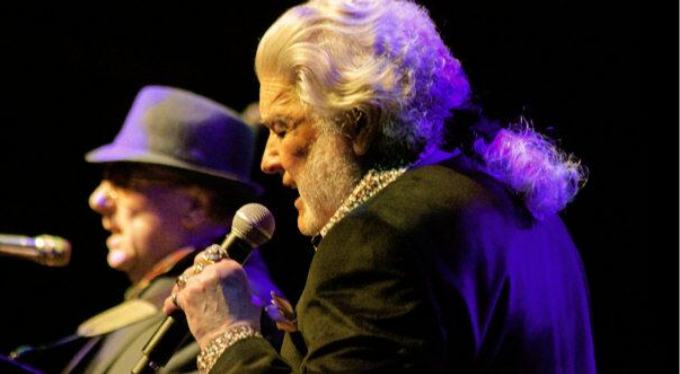 P.J. was big in the sixties with a fine baritone voice but became famous for splitting his pants. The first time was accidental, but if you're on a good thing…

JAMES HUNTER deserves to be a lot better known. 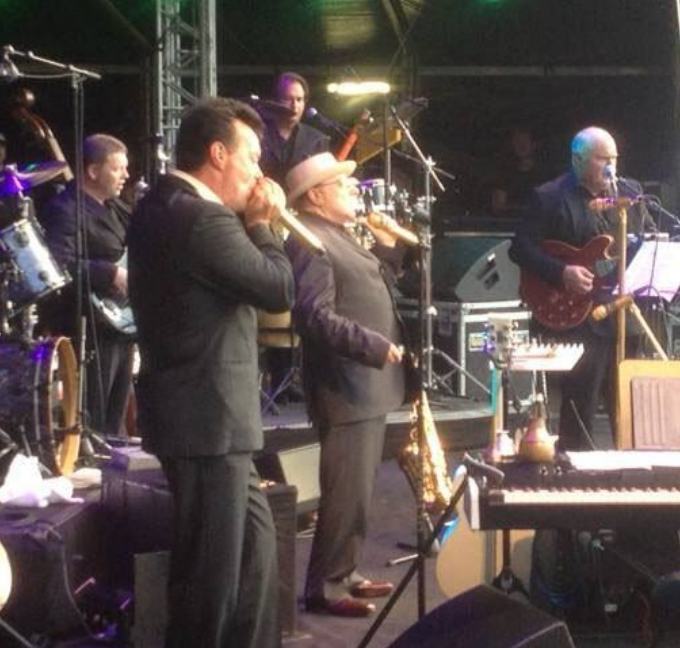 Van has done his bit in that regard by appearing with him in concert. He also sang on a couple of songs on James's excellent debut album "Believe What I Say". From that album I've taken the old soul tune Turn on Your Love Light.

Van Morisswon and James Hunter - Turn on Your Love Light

MAVIS STAPLES and Van resurrect a song that was originally on Van's album "His Band and Street Choir". 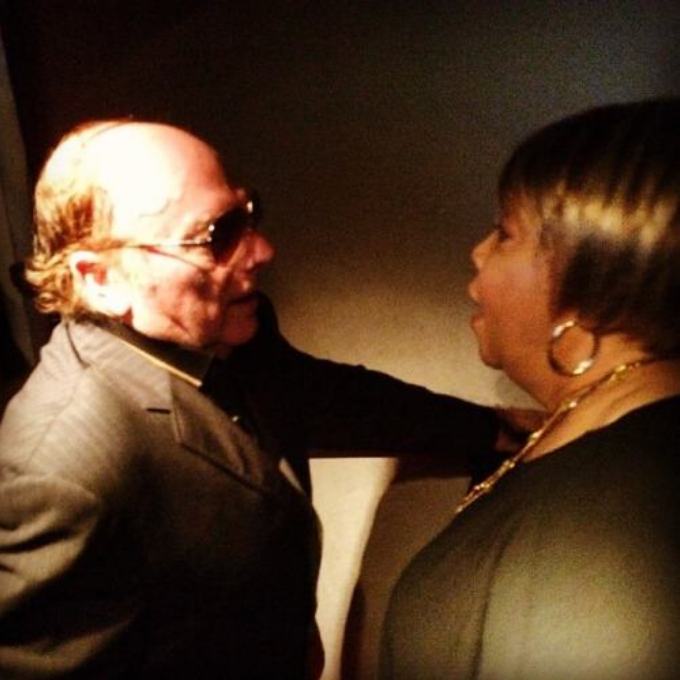 That album didn't receive the credit I think it deserved, probably because it followed maybe the two best albums in rock history. However, Van and Mavis rerecorded the song If I Ever Needed Someone, which is well worth a listen.

♫ Van Morrison & Mavis Staples - If I Ever Needed Someone

One of my favorite albums is Focus con Proby. I didn't really know who he was, and at the time Focus fans really didn't like this album. Still after 38 years I enjoy the juxtaposition of his voice and the guitars.

Thank you, Peter. You, like Ronni, are very generous and your selections were particularly welcome this morning. (I've been listening to Stevie Wonder's "Heaven Help Us All" over and over again.)
I greatly appreciated "Sometimes We Cry" and I always love listening to Mark Knopfler.

I really enjoyed this, Peter - so good for the soul!

I missed Sunday's column because I was at a painting class. The instructor played 'massage' music. I wish she'd have played the tunes from your column and other Van Morrison albums.
Thanks for a treat this morning.
Elle in Oregon.

VAN IS THE BEST! THANKS FOR APPRECIATING HIM, ESPECIALLY BEFORE WE LOSE HIM
I CAN'T WAIT TO HEAR WHAT YOU COME UP WITH FOR MY OTHER FAVORITE LEON RUSSELL, SADLY GONE