It's that ti-i-i-i-me again – fall back. In most of the United States, we turn back our clocks one hour tonight. It hardly seems worth the effort these days when “standard time” lasts only about four months until 12 March 2017.

The Boston Patch website has some facts and a short history of this semi-annual ritual. (Hint: it's not just the United States.)

EDITORIAL NOTE: Once again this week, I find myself with enough items on one subject to take up nearly half the column. We're winding down to the culmination of this awful election period so I'm sure you can guess the topic.

”WE NEED A TOUGH BITCH MOTHER”

From EmmaJay and several other readers, it's comedian Louis CK on Conan O'Brien's late-night show on Tuesday explaining why he is voting for Hillary Clinton. Very funny.

GROWING UP TO BECOME PRESIDENT.

This is from a list at of 17 signs that deserve a medal or, as they put it, a fucking medal. After this past 18 months, I couldn't agree more with this one. 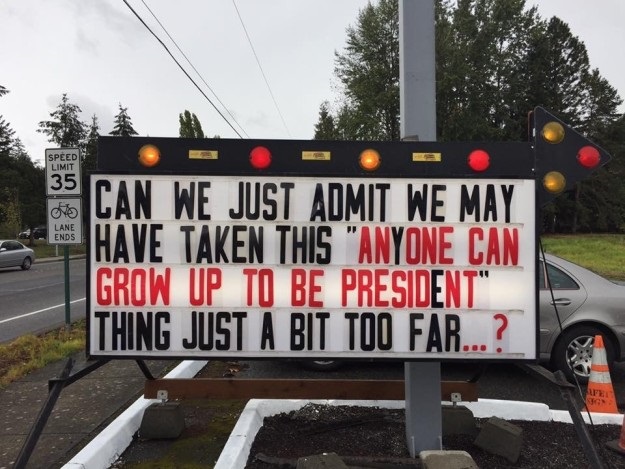 Someone in Copenhagen shot this video mocking Donald Trump and urging Americans in Denmark to vote for Hillary. As he writes on the YouTube page:

”Hi my friends. Look what I saw in Copenhagen today! Here in Denmark we are very focused on what’s going on in USA. We believe our children deserve to grow up in a safe world ! Please vote!”

Last Tuesday evening, former Daily Show host, Jon Stewart, appeared at a fundraiser for military veterans: Stand Up for Heroes in New York City. He told this amazing, funny story about a run-in with Donald Trump:

HE GAVE HER HALF HIS LIVER AND THEN THEY GOT MARRIED

Twenty-seven-year-old Heather Krueger was out of options. It's hard to find organ donors. Chris Dempsey heard that a co-worker's cousin, a woman he did not know, was dying of liver disease. He did not hesitate to have the blood test which showed he was a match.

And last month, they were married. This is their story:

WHEN OLD FOLKS WERE PEOPLE

TGB Reader Pat said in her email with this cartoon, “Some days, not hearing so much from my 'adult children,' I feel I'm not 'people'.”

I never get over how brilliant and compelling the HBO program, Last Week Tonight, can make any topic. They have never failed me.

I might skim over a newspaper think piece on school segregation; “Yeah, yeah, I'm aware of it.” But not John Oliver and his staff who never fail to make it riveting. Last Sunday's feature is a don't miss.

Turkish immigrant to the U.S., Hamdi Ulukaya, the owner of the Chobani Yogurt company, hires a lot of refugees at his two factories, one in New York state and the other in Idaho:

”...he and his company have been targeted with racist attacks on social media and conspiratorial articles on websites including Breitbart News,” reports The New York Times.

“Now there are calls to boycott Chobani. Mr. Ulukaya and the company have been taunted with racist epithets on Twitter and Facebook. Fringe websites have published false stories claiming Mr. Ulukaya wants 'to drown the United States in Muslims.'

“And the mayor of Twin Falls has received death threats, partly as a result of his support for Chobani.”

Here is a short news story from a year ago about Ulukaya, his factories and his refugee workers:

There are not enough people like Hamdi Ulukaya in the world. Read more about his refugee efforts at The New York Times and buy more Chobani. May the gods keep this good man safe from the haters.

Until this week, I didn't know there was anything called the Comedy Wildlife Photography Awards. It appears to have begun in 2015 and this is it second year.

This finalists for this years awards have been posted at the website and yes, they are really funny – mostly appearing to do human things. Here are some examples: 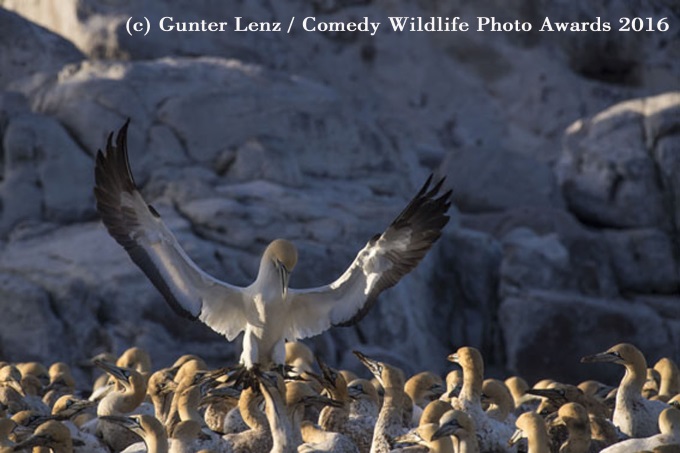 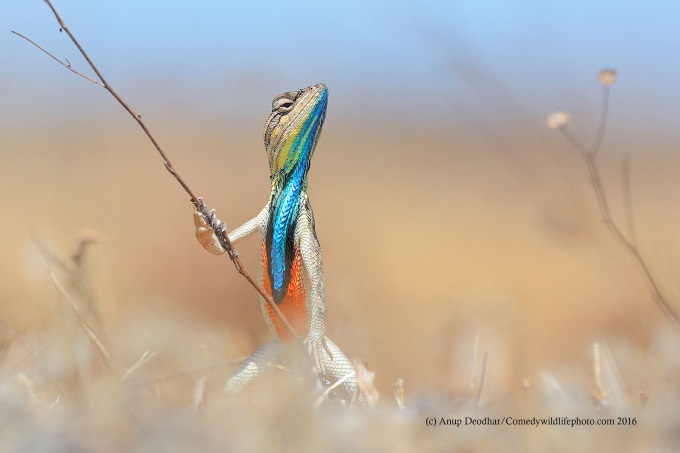 Take some time to go see all the finalists at the Comedy Wildlife Photo website where you can also see the 2015 winners. You won't be sorry.

"Because in the end we all must choose which side of history we’re on.
And if you don’t like my choice, then you should have given me better options."

I just put Chobani Yogurt on my grocery list.

Just what I needed on this dreary, rainy day in Seattle.

I loved Louis CK's "We need a tough bitch mother" bit, the article about the founder of Chobani Yogurt, and the wonderful story about the young man who donated half of his liver to a total stranger, now his wife.

Love the sign!
Like the Republicans did after FDR that changed the presidential limit to 2 terms maybe we need to also amend the requirements for president to require that to qualify to run for President of the US the candidate needs to have previously held (or at least run for) either a Governorship or a national office like congress or the VP.
Maybe anybody can become President but maybe it not ought to be the first public office they have ever held or seriously attempted.
All things considered electing a person to the most powerful position on earth who as absolutely no experience that even remotely qualifies them for this office is simply insane.

Chobani yogurt is one of my husband's favorites--now I have all the more reason to buy it.

I have changed my position on, "Anybody can grow up to be President". That's how we got Donald Drumpf, who is totally unqualified in every way. I believe that "anybody" was intended to include citizens of any race, ethnicity, religion, gender and age (if over 35) and persons with disabilities if they can do the job. I don't think it was ever meant to include those who have never run for public office, have no idea what "public service" means and have a long record of sexual harassment (or worse), using/losing "other people's" money, cheating workers/vendors out of their pay, bankruptcies, income tax evasion and denigration of anyone who doesn't look like him.

He is bringing true "deplorables" out of the woodwork (e.g. David Duke of KKK infamy) and legitimizing violence (the "2nd Amendment solution"). As suggested early on in the campaign, his slogan should have been "Make America HATE Again!"

I think Louis CK should have been Hillary's campaign manager.

I'll be buying Chobani yogurt from now on.

Just discovered your blog and glad I did. As a newbie blogger there is much I can learn from the range and detail of your blog. Great stuff. Good luck with the election.

According to the article, Chobani " is now the target of conspiracy theories for his advocacy."

I suppose such a response is to expected in some quarters.