Some New-ish Quotations About Growing Old

Well, new to me. Some of them are old.

Since last Friday I've been under the weather with some strain of virus involving the usual symptoms. I've been mending since then but without the mental energy yet to put in the time necessary to write anything much more complicated than this.

So here are a few quotations about growing old which is my habit to collect as I find ones that interest me. Whether we agree with them or not, good ones leave us a lot to ponder and it's been a long while since I've published any. So I will share these few with you today. It seems proper to begin with the Bard. See what you think. 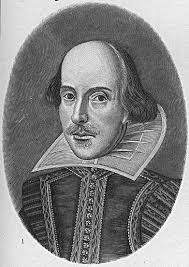 “What could be more beautiful than a dear old lady growing wise with age? Every age can be enchanting, provided you live within it.”
- Brigitte Bardot

“To know how to grow old is the master work of wisdom, and one of the most difficult chapters in the great art of living.”
- Henri Frederic Amiel

“The older I get the more I distrust the doctrine that age brings wisdom.”
- H.L. Mencken

“Some people die at 25 and aren't buried until 75.”
- Benjamin Franklin

“I've reached the age where my brain has gone from 'You probably shouldn't say that' to 'What the hell, let's see what happens.'”
- Unknown

From Peter Tibbles who writes the Sunday TGB Elder Music column and says this from a recent movie (February 2016):

“The difference between young and old is that it takes courage to be old.”
- Unknown

And one last quotation that is not exactly about age but is important to the political time in which we find ourselves now. It is something most of us at this website are old enough to know but that too many who mold public opinion were ignorant of during the past inglorious 18 months.:

“When someone shows you who they are, believe them; the first time.”
- Maya Angelou

Love the last one.

"Do not regret growing old. It is a privilege denied to many."
-- attribution unknown

Maybe the virus is your body's way of cleansing out the toxins that permeated our environments the past year. Hope you are feeling better soon.

Growing old does take courage mixed with a dose of reality, humor, honesty, and playfulness.

For now, at least, growing old sure beats the alternative.

I hope you recover fully soon. Take care of yourself! We need you!

I love the quotes. Old age is certainly not for the weak.

We grow too soon old and too late smart.
-Unknown

An 86 year old friend said to me yesterday, "My body's interfering with my life!"

I agree with Mr. Franklin.

My very favorite saying is-
"If I'd have my life to live over, I'd pick more daisies."

Not sure of original author.

Thanks for the great quotes. Take it easy till you're over this. Half of Georgia is sick.

Great sayings. Take it easy and mend well. There's so much bad flu here that our local hospital put a lid on visitors; family only and they decide if you are healthy enough and then gown and mask you.

Angelou was SO right! Just heard a news report about tRump voters somewhere in the south , including miners with Black Lung disease, who just realized that repealing Obamacare means THEY will lose their health insurance! I can't dredge up much empathy for them at this point. They did it to themselves. However, I hope I will develop a more humanistic and charitable view as time goes on--I'm working on it.

As usual, you have given us plenty to reflect on ... but, yes, please take good care of yourself. I'll keep my fingers crossed that Margo is right and you have been able to rid yourself of some toxins.

"I live in that solitude which is painful in youth but delicious in the years of maturity."
Albert Einstein

"Maybe it's true that life begins at fifty. But everything else starts to wear out, fall out or spread out."
Phyllis Diller

From the intro to chapter 16 of a delightful book I'm currently reading, "The Little Bookstore of Big Stone Gap: A memoir of friendship, community and the uncommon pleasure of a good book," by Wendy Welch, comes this quote that feels acutely appropriate for me these days :

"It does not matter how slowly you go as long as you do not stop." --Confucius

We were hit with extremely unseasonably cold weather and heavy snow in the early days of December, which slowed me down considerably. I typically make it through the holidays and well into January before -20 temperatures and 2-3 feet of piled up snow leave me wanting to do nothing more than hunker down under warm covers with a stash of books until things thaw, but that came a month earlier this year and sidetracked some holiday plans. Ah well, the solstice has come and gone, and the days are growing lighter again. I'm trying not to think about what lies three weeks ahead, weather-wise or otherwise. These are the days I get through one day at a time.

I hope you've regained your health and are able to enjoy the remainder of the holidays, Ronni. Wishing you, and all the others here, all the best in 2017! May you stay safe and warm.

Some great wisdom. I also like this one from psychologist G. Stanley Hall: "Modern man was not meant to do his best work before forty but is by nature, and is becoming more so, an afternoon and evening worker."