Home About Archive Contact
INTERESTING STUFF – 28 January 2017
First They Came For the Immigrants...

ELDER MUSIC: Sweetheart of the Rodeo

This column is for the nit pickers and obsessives among us (like me), baby boomers and those who like hardcore country music. 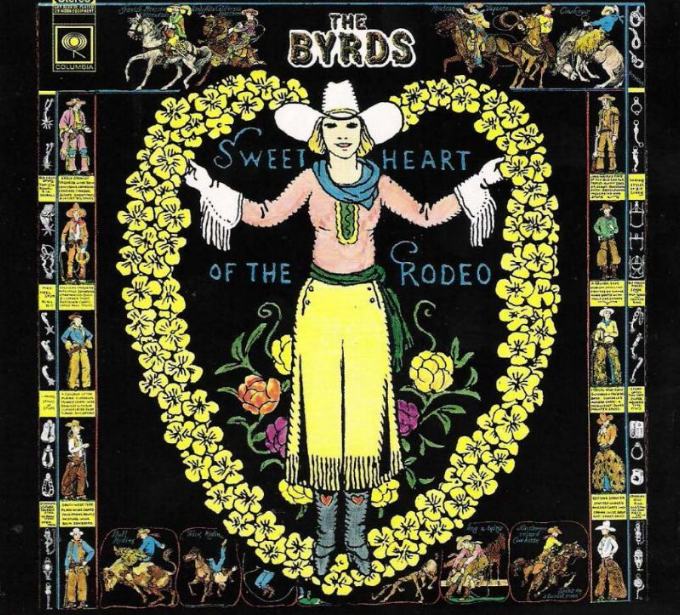 Back in 1968, The Byrds released this album that proved to be hugely influential but at the time was rather scorned. The album, due to the influence of Gram Parsons who was in the group at that stage, consisted of their own songs plus those of other writers old and new.

There is a lot of country music, but not exclusively, there’s some Bob of course and a bit of soul music. Wherever The Byrds performed someone else’s song on the album, I’m going with the original version just so you can hear how it sounded before they got to it.

The Byrds didn’t slavishly copy the originals, they put their own stamp on the tunes, but you won’t know that unless you’re as familiar with the album as I am.

The Byrds at this stage were the two original members Roger McGuinn and Chris Hillman plus Gram Parsons and Kevin Kelley. 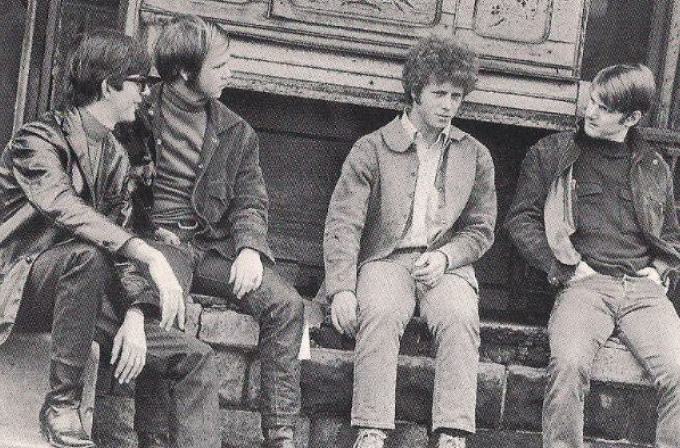 They had some help from their friends and studio musicians. The album is credited with inventing country rock. It didn’t, of course, there were others before it. It may be the one that brought this style into prominence, but I doubt that, as it sold about 17 copies at the time (a couple of which I bought).

It is only in retrospect that the album has gained the kudos it deserves.

The songs today are in the order they were on the album, starting with a BOB DYLAN song, You Ain’t Going Nowhere. 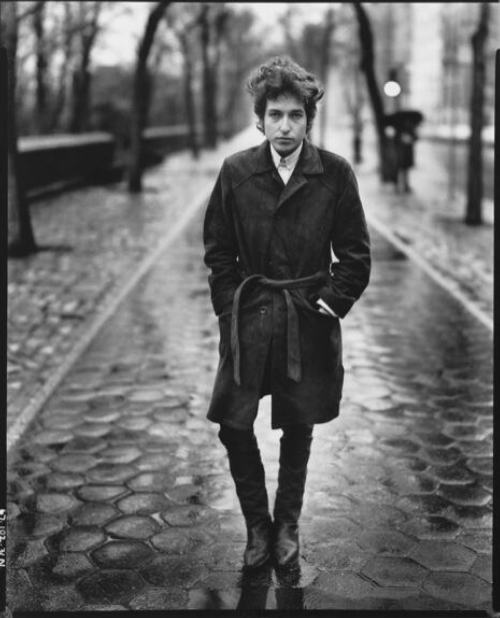 In this version, Bob names McGuinn as he believed that he (McGuinn) changed the lyrics on a previous version of the song. On a later version, McGuinn names Bob just to show he was listening (or something).

Next is an original song written by MCGUINN and HILLMAN, the two original Byrds still in the group at the time (as I said in the intro): I Am a Pilgrim. 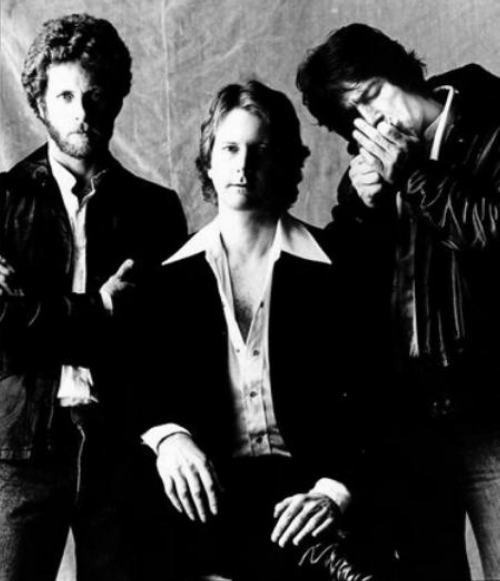 That’s them with Gene Clark, another of the original Byrds with whom they formed a really fine trio after The Byrds split. The banjo player on the track is John Hartford.

Now a song written by Ira and Charlie Louvin. 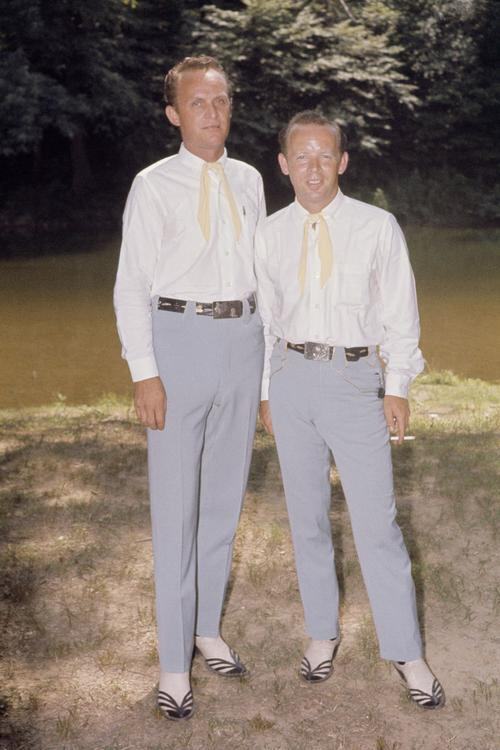 Here they are as the LOUVIN BROTHERS with the song they released in 1958, The Christian Life. The Byrds did it better.

The Byrds didn’t just cover country songs for the album, although that was their main source of songs, there was a soul singer in the mix as well. That was WILLIAM BELL.

The song was written by William to express his homesickness when he was in New York, a long way from home. Many people have recorded it but his is the definitive version of You Don't Miss Your Water.

Next, a song written by LUKE MCDANIEL. He recorded it under a pseudonym, Jeff Daniels. 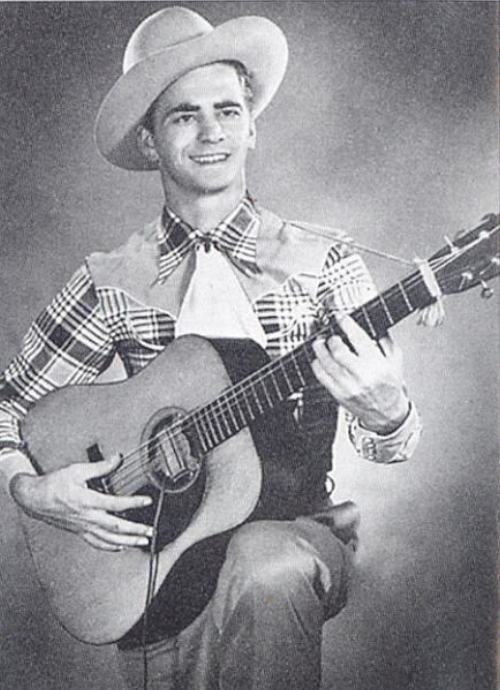 It seems that Luke didn't like the contracts he was offered as a singer and he decided to write some songs and send them to other artists under his pseudonym. Later he also recorded under that name.

Whoever he was, what we're interested in is You're Still on My Mind.

♫ Jeff Daniels - You're Still On My Mind

Pretty Boy Floyd was written by WOODY GUTHRIE and contains some lines that are still relevant today. It’s not alone in Woody’s canon in that regard.

It wasn’t Pretty Boy’s tale so much as the line “Some will rob you with a six gun and some with a fountain pen” that caught my ear. Nothing seems to have changed in seventy or eighty years. 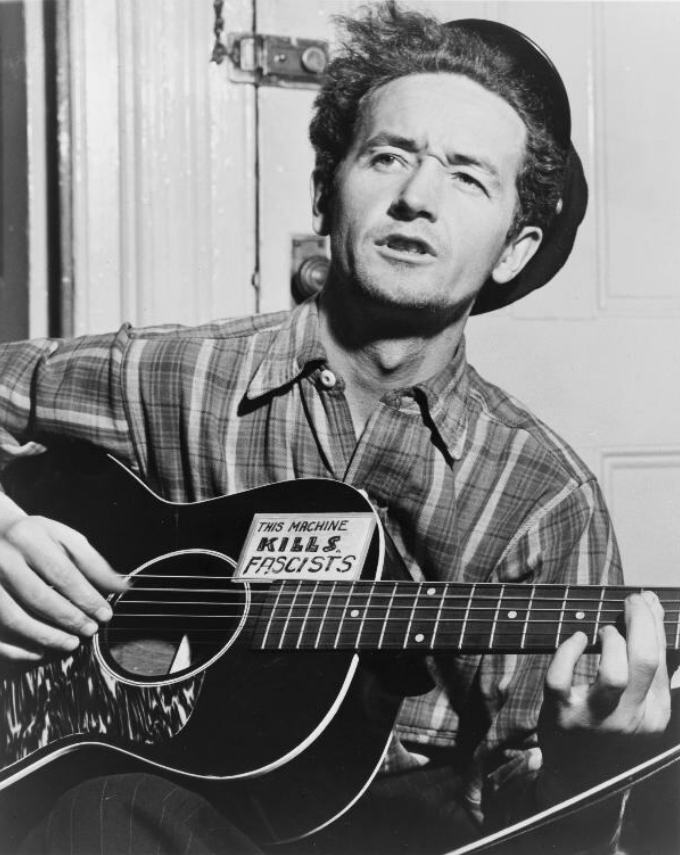 Now I can indulge myself with a couple of songs that GRAM PARSONS wrote. The first of these is Hickory Wind. 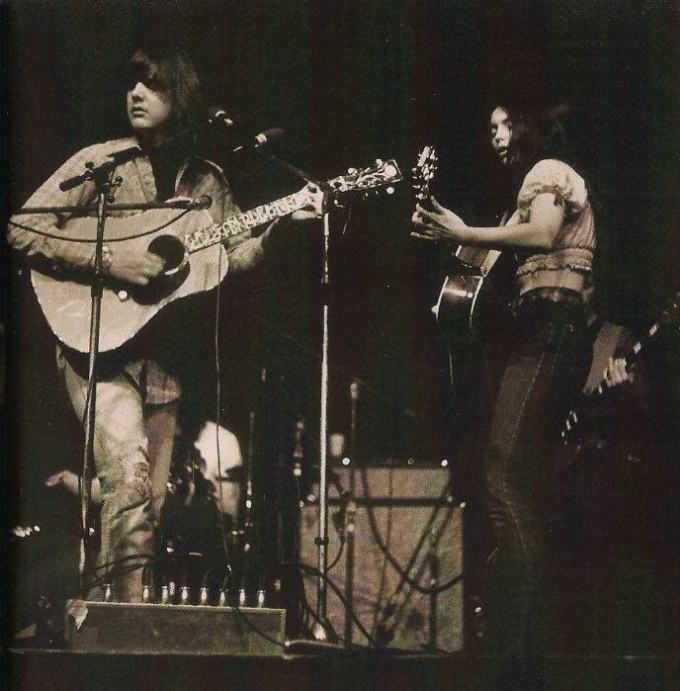 Gram later rerecorded the song on his "Grievous Angel" album. That album has also been rereleased with alternate versions of various songs, so I’m going with one of those.

Unlike all the others today, this one was recorded later than The Byrds’ album. Here, of course, we have Emmylou providing harmony.

These days there are at least three (that I have) versions of the next song. The one from the album that McGuinn sang, a rehearsal version by Gram included on the super duper rereleased CD version of the album with a bunch of extra tracks, and the original recorded version that didn’t appear on the album but has surfaced on their box set.

It seems that McGuinn stripped Gram’s vocals from this one and recorded his own (with some nice harmony in The Byrds’ style from Hillman). Here is the version with GRAM PARSONS singing lead on One Hundred Years From Now, one of his own songs. 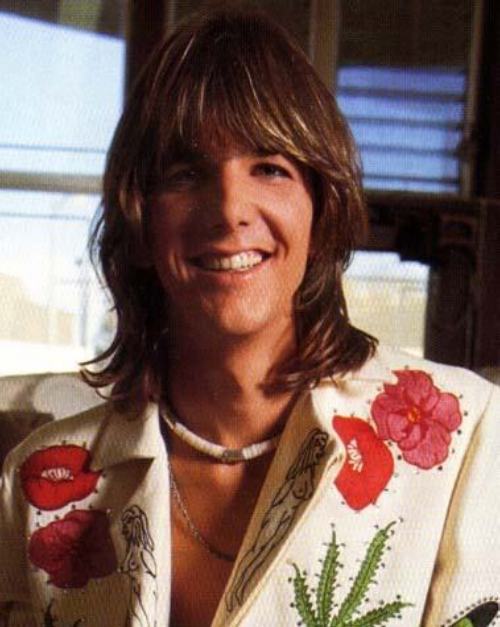 ♫ The Byrds - One Hundred Years from Now

WILF CARTER was Canadian and he was a huge success in his native country, as well as America and elsewhere (including Australia). 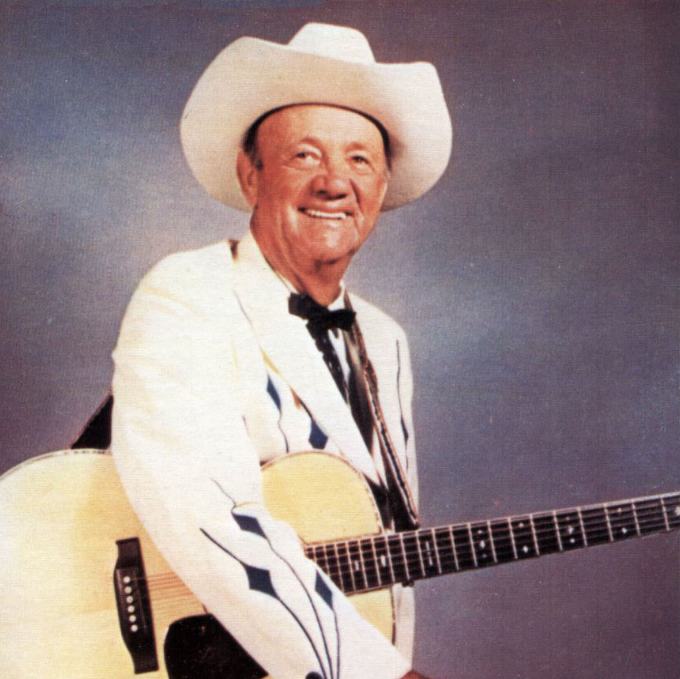 He also had a parallel career as Montana Slim. His song refers to his native country - The Blue Canadian Rockies.

MERLE HAGGARD needs no introduction from me for people who are interested in this style of music. 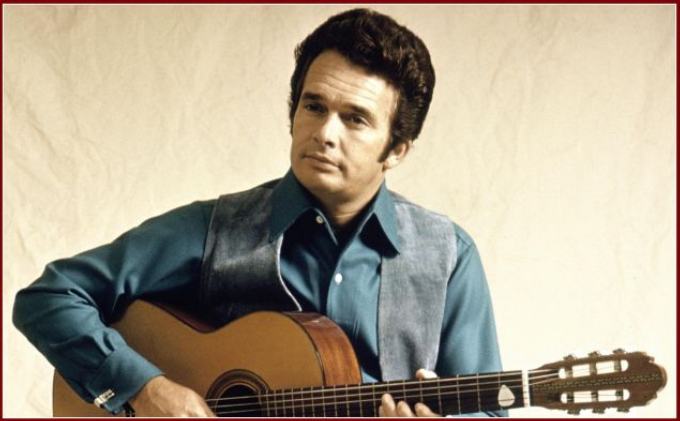 Merle is one of the half dozen most important people in country music for the last 50 years. He performs his song Life in Prison. He knew about prison life. Fortunately for us (and him), it wasn't life that he spent there.

The original album ended as it began with a BOB DYLAN song. 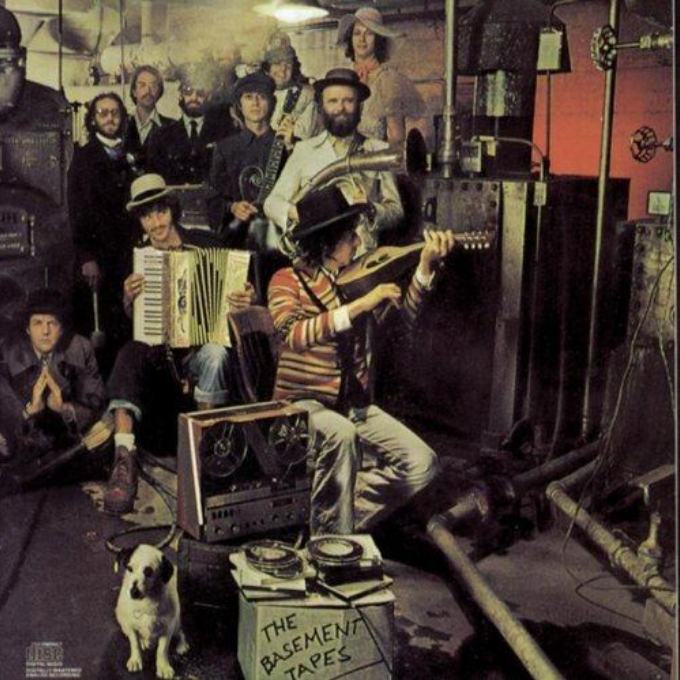 Bob’s version is from the famous/infamous “Basement Tapes”. This is from when he was holed up in Woodstock after his motorcycle accident with The Band and they’d try out new songs and play old songs and do whatever they liked.

They recorded these to see how they could improve on them. Naturally, as this was Bob, somehow these tapes managed to escape and were released in bootleg form.

When the record company eventually released a “real” version, as with anything of Bob’s from that time, it sold like a new iPod (although I've never understood why they sell so well).

This surprised Bob: he said then that he thought everyone already had a copy. The song is Nothing Was Delivered. This is far from Bob's best, at least this version, and I generally skip it. However, I've included it so the album is complete. The Byrds did a much better job of the song.

♫ Bob Dylan - Nothing Was Delivered

Nitpicker - check
Obsessive - check
Babyboomer - check
Country Music fan - check
Several of the songs did indeed have still relevant lines, but I doubt that Woody would still be able to sing that outlaws today would never "drive a family from their home".
Will look forward to the Byrds' versions! :)

Terrific selection, Peter! I think Tom and I bought one of those 17 original copies. Played it 'til the grooves wore away, and then we had to settle for a CD. It was interesting to hear the non-Byrd versions that you gave. They did do wonders, those guys.

Keep up the great musicological work!