Home About Archive Contact
INTERESTING STUFF – 14 January 2017
How Do You Want to Live the Rest of Your Life?

Little Tommy Rush from New Hampshire (as he once called himself on record) started out as a folkie and an interpreter of blues songs. He began his career in Boston, as he majored in English at Harvard. He became a regular on the folk circuit of the time and is still performing to this day. 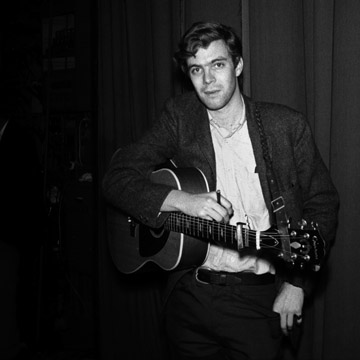 In 1911, in honor of the anticipated opening of the Panama Canal, this train was named the Panama Limited. In 1974, this train had a name change to the City of New Orleans (named after the song).

However, it's the Panama Limited we're interested in and it was still called that when Tom recorded the song early in his career. Tom actually got the source of the train wrong in the song – he said it was Washington rather than Chicago. That doesn't spoil a good song. 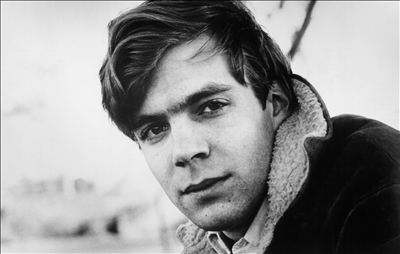 Way back in the sixties, some time before Bob Dylan went electric, Tom recorded a (semi-) rock album that nobody commented on at the time except me who thought it was brilliant. I still do.

The album was "Take a Little Walk With Me". If you don't have it, search it out; it's one the finest albums ever recorded.

Side one had Tom backed by a rock band and side two was more traditional, except that he had Bruce Langhorne playing very tasteful lead electric guitar behind him.

So, putting on side one, we find that Tom covered songs by Chuck Berry, Bo Diddley, Buddy Holly and others, as well as one of his own in the same vein. I've chosen Who Do You Love.

This has been recorded many times over the years. One of the interesting ones was by Ronnie Hawkins and The Hawks (The Hawks later left Ronnie and became The Band).

Another was by Quicksilver Messenger Service who devoted a whole side of an album to the song. As much as I like Quicksilver, that was a tad too much. There was also the original by the great Bo Diddley.

Norma, the Assistant Musicologist, says that Tom's is the best version because she can understand the words. I don't know if that's a good thing in a rock song but we're going with it. 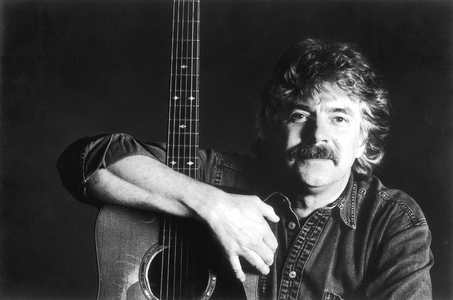 Turning the record over we have several contenders for inclusion. The one I've chosen is Joshua Gone Barbados written by Rick Von Schmidt.

I can't help myself; I'm flipping the record back to side one. The song that Tom wrote is called On the Road Again. There have been quite a few songs with that title but this is the best of them.

♫ Tom Rush - On the Road Again 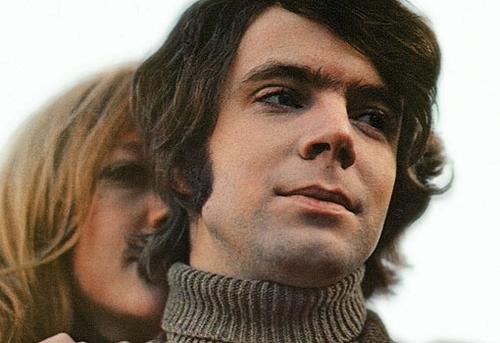 As a youth I decided to teach myself to play guitar. I learnt the chords, even some of the more esoteric ones - diminished, thirds, sixths and so on. I even managed to change chords without hesitation.

However, whenever I played an album of Tom's, instead of it inspiring me to practise harder and get better, I'd say, "Oh, I'll never be able to do that" and not play for a month or two.

That's why I'm writing this column rather than heading the bill at some guitar fest or other.

Recently (recently in terms of most of the readers of this column), Tom brought out an instructional DVD showing how he played a dozen or so of his best known tunes.

I bought it, not because I wanted to play them - by that stage my arthritis had reached the stage where I couldn't play for more than five minutes or so before it got too painful. No, I bought the DVD because Tom also played those songs right through just accompanying himself on guitar.

I've now given up entirely trying to play guitar. Fortunately, Tom hasn't. From that DVD we have a song and a tune he originally recorded on his "Circle Game" album, No Regrets and Rockport Sunday, joined into a single track. 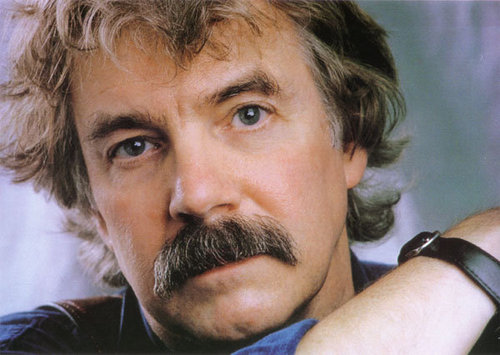 Tom was a discoverer of talent before anyone else. He was the first to record songs by Joni Mitchell, James Taylor and Jackson Browne even before they had recorded albums themselves. It's been said that Tom is the only male who should be allowed to record any of Joni's songs.

I originally had a couple of hers penciled in but alas, hers got the chop. As did Jackson's. James managed to survive with one of his earliest songs, Something in the Way She Moves.

♫ Tom Rush - Something in the Way She Moves 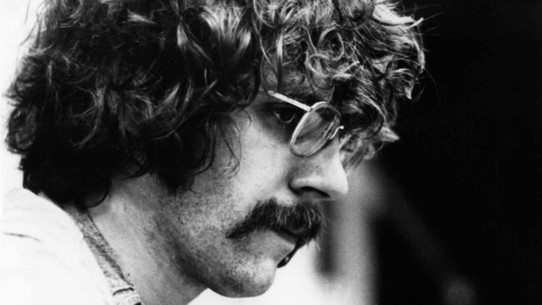 I gather from what Tom says about it that Child’s Song is one of his favorites. It was written by Murray McLauchlan and Tom's version first appeared on an album called "Tom Rush" that was the one that came out in 1970 - there was an earlier album with the same name. 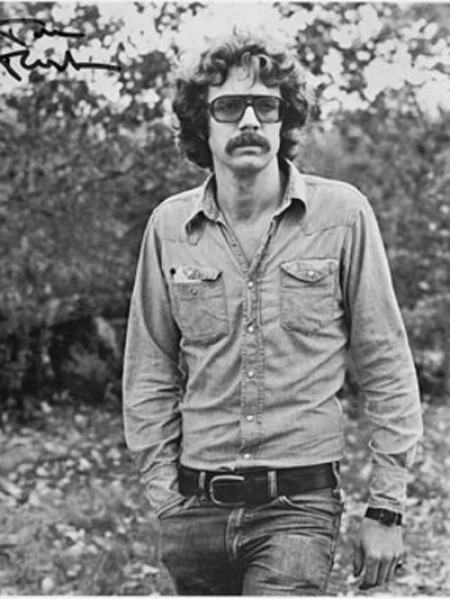 Like quite a few others, Tom recorded a country(-ish) album called "Ladies Love Outlaws" that included that song, but I won't. A more enjoyable one from my point of view is one called Jenny Lynn. 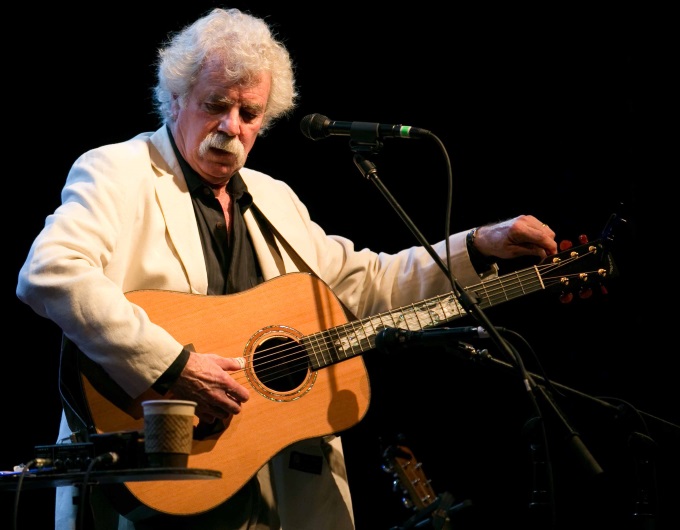 Getting right up to date, I'll finish with a couple of songs from his most recent album "What I Know" and after all this time in the business, Tom should know quite a bit.

One of those songs is East of Eden, which as far as I can tell has nothing to do with the Steinbeck novel or the film.

Another song from the album, and one very appropriate for this website, is What an Old Lover Knows. 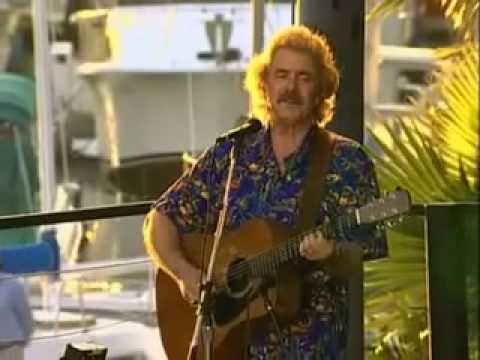 These days I've noticed that new albums occasionally have a bonus track. I think that rather strange.

Okay, if they rerelease an old album there may be some songs that weren't originally included that deserve seeing light of day. However, if it's a new one why call it a "bonus" rather than another track? Well, if they can do it so can I.

Here's a bonus track, suitable for all of us reading this called Remember Song.

Am I the only one who finds this profoundly sad? I usually have a good sense of humor but people who think alzheimers is thigh-slapping funny? I don't get it.

thanks for the piece on Tom Rush. When I was in college at Boston it was Tom Rush, Joan Baez & Bob Dylan at the then version of coffee houses.

lola, Tom's "Remember" song is just about normal wear and tear on the memory, it's not about Alzheimer's.

Tom Rush is great - love that even now he sounds like the folk singers I enjoyed in the 60's. The Remember song was too funny especially about loosing glasses. Since I really can't read with them on frequently take them off and end up forgetting where they are. Yes one day I finally found them in the fridge - must have been reading a label or something . I also have about 6 sets of cheap reading glasses around the house just so they are handy.

I agree this song to me was not finding humor in Alzheimer's, which is seriously no laughing matter, but humor about getting forgetful or maybe more easily distracted these days and forgetting things. I'm still trying to find 2 Christmas gifts I bought for the wife and hid someplace in the house. How many times these days do I put something in a "safe place" - yeah so "safe" even I can't find it. :-)

I apologize for taking this the wrong way. It just reminded me of parents of my friends and how devastating that disease is and all that they went through. Sorry. It's not you. It's me.

Of course I'm not familiar with him.

Thanks, Peter. Never knew "Something in the way she moves" was not the same Beatles song. Always thought that song was warm and seductive, reminding me how much I've loved being a woman.

I also remember Rush from the old days, but had forgotten much of his work.

So this was very, very welcome.

I have heard "Take a Little Walk With Me" many times. A great album. Why don't you try some other music instruments which have a interesting history.
check it out here.
http://www.sound-beat.com