Home About Archive Contact
Things to Do Now to Resist and Protect
ELDER MUSIC: Toes Up in 2016 - Part 2

What a great New Year's Day prank. Someone in Los Angeles changed the giant Hollywood sign. Take a look:

You can find out about who pulled this off at Buzzfeed.

HOW AMAZON WILL TAKE OVER THE WORLD

In case you think they've already done that, this video from nerdwriter is here to disabuse you of that belief but show you how the company WILL do so.

You can read more about this on the YouTube page.

IN REGARD TO TRUMP'S BELIEF THAT HE'S KNOWS EVERYTHING

Donald Trump regularly tells us how smart he is, how he knows things other people don't know and that he knows how to do everything. TGB reader EmmyJay found this cartoon that takes him down a peg or so. 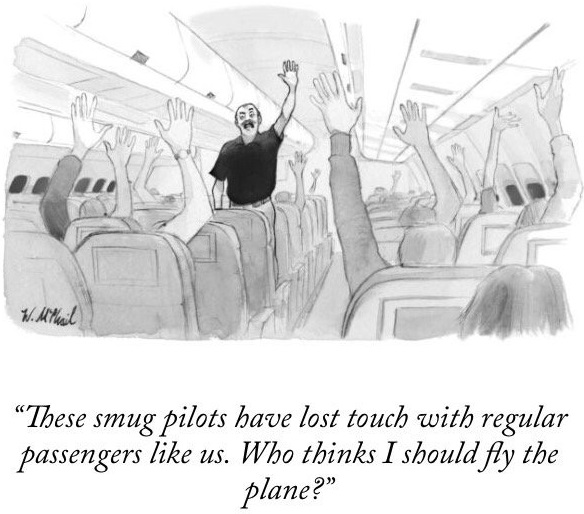 A PLANET IN OUR SYSTEM CALLED NIBIRU?

Some scientists believe there is a gigantic planet in our solar system that we cannot see and it might obliterate Earth in October. Take a look:

You can read more about this at the Washington Post.

A LITTLE BOY AND HIS HUGE SHAGGY DOG

Isn't this the happiest thing you've seen all day? 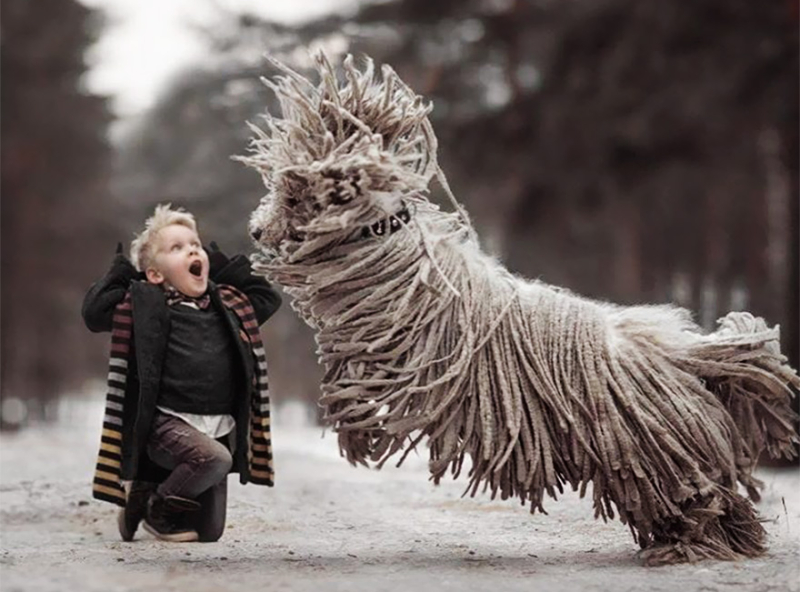 You can see more photos of this kid and his dog along with other small children and their great big dogs at Bored Panda.

Philip Gould, who was an adviser to Prime Minister Tony Blair, a visiting professor in media and politics at the London School of Economics and a member of the House of Lords, was diagnosed with cancer of the oesophagus in 2008.

In the summer of 2011 he was given three months to live. This video titled When I Die, made during the last two weeks of his life, “reveals his quest to find meaning in what he called 'The death zone.'

“Gould believed that for the terminally ill and those close to them, there can be moments of joy, resolution and inspiration just as intense as those of fear, discomfort and sadness.”

Thank TGB reader Tom Delmore for this joyful - yes, joyful lesson about both life and death.

Since 2008, Charles Blow has been an Op-Ed columnist for The New York Times writing about politics, public opinion and social justice.

His final column for 2016 was titled “Donald Trump, This is Not Normal!” In it, he wrote:

“...the election of Donald Trump poses such a significant — and singular — threat to this country that for me all other issues are unfortunately, temporarily I hope, subsumed by the unshakable sense of impending calamity he presages...

“The next four years could be epochal years in the history of this country. They could test the limits of presidential power and the public’s passivity.

“I happen to believe that history will judge kindly those who continued to shout, from the rooftops, through their own weariness and against the corrosive drift of conformity: This is not normal!”

Yes. But there is so much more to this column that is worthy of your attention. Please take the time to read it all. You can do that here.

WHO DO YOU THINK THIS SINGER IS?

Peter Tibbles, who writes the Sunday Elder Music column here, sent me this audio. Take a listen and see who you think the singer is:

If you didn't guess correctly, it is Willie Nelson's son, Lucas. It sent chills down my back, the first time I listened, at how much he sounds just like a young verion of his dad. Here's a video of the same, live performance of Lucas singing Stardust with Red Young on keyboards.

SHIPPING THE INTERNET ARCHIVE TO CANADA

You know the Internet Archive, right? It is a massive and amazing online, digital, searchable library that includes text, audio, video, software and images totaling, at the moment, 279 billion web pages.

One section of it is called the Wayback Machine where you can view images of websites from “wayback” in the past. In fact, you can even see one of TimeGoesBy's first iterations before the photo banner.

Not long ago, Internet Archive founder, Bewster Kahle (who is a true hero of free speech) announced that in the wake of the election of Donald Trump, he is moving a copy of the vast archive to Canada.

Recently, he explained the reasons to host Amy Goodman on Democracy Now!:

You can read more about the move at Alternet and you can explore the Internet Archive for yourself here.

THE DRONGO BIRD VERSUS THE MEERCATS

Watch the drongo bird of the Kalahari Desert take advantage of the local meerkats. From the BBC:

The Meerkat/Drongo Bird relationship an analogy for our present political situation?

GREAT stuff today! I've stolen one cartoon, one photo (the playful Komondor with the kid), and I'm about to refer friends to the Blow column. Blow is consistently terrific.

Welcome to the multiverse, Planet Nine! Sometimes it makes all this earthly hullaballoo seem very tiny.

All good but thanks especially for the Philip Gould video. Death is an abstraction until one is face to face with it. If I get the opportunity, I wonder how I'll cope.

The cartoon is both telling and concerning. I note that there are hands raised amongst the passengers. He may have an average IQ, I don't know, but the tweeter elect definitely has the emotional development of a four year old. I have known smart for year olds, but that doesn't qualify them to be president.

As I go, sometimes not so gently, into being an old lady, your emails have become a much welcome source of not just information, but also of support and understanding.

I've also borrowed a you tube vid. Live the Meercats and bird. Animal Planet used to have a series about African Meercats that was a wonderful series. After watching the short vid I checked to see if the Meercats series was still available. And sadly it no longer is.
The cartoon was also quite telling.
Hope the snow hasn't hit you too hard Ronni, but being from New York I'm sure you're used to it. I'm a Southern California girl and hate the snow....with a passion.
Be well
Elle

This is an especially terrific collection. "When I Die" is wonderful. Willie Nelson's son is only 28! We'll be hearing that voice for a long time to come.

Love the audio and love Willie! Love meerkats too!

Thank you for introducing me to Nerdwriter!