The spacecraft Voyager 1 and 2 have now left the solar system (or not, depending on how you define it, but we won't go into that) and both have a gold record attached that have sounds of the Earth, people speaking and so on.

There is also music – Bach, Beethoven, Mozart, Blind Willie Johnson, Louis Armstrong and more. CHUCK BERRY was on there as well.

It seems that at least one of these has been intercepted by aliens and a message they sent back has recently been decoded and it read, "Send more Chuck Berry". Alas, there is no more Chuck but there's plenty of his music in the vaults.

I'm not here to prove you wrong. After all, those songs and many like them were the template for rock & roll and the world of music would be the poorer without them. Today I hope to show there was more to Chuck than those famous songs. 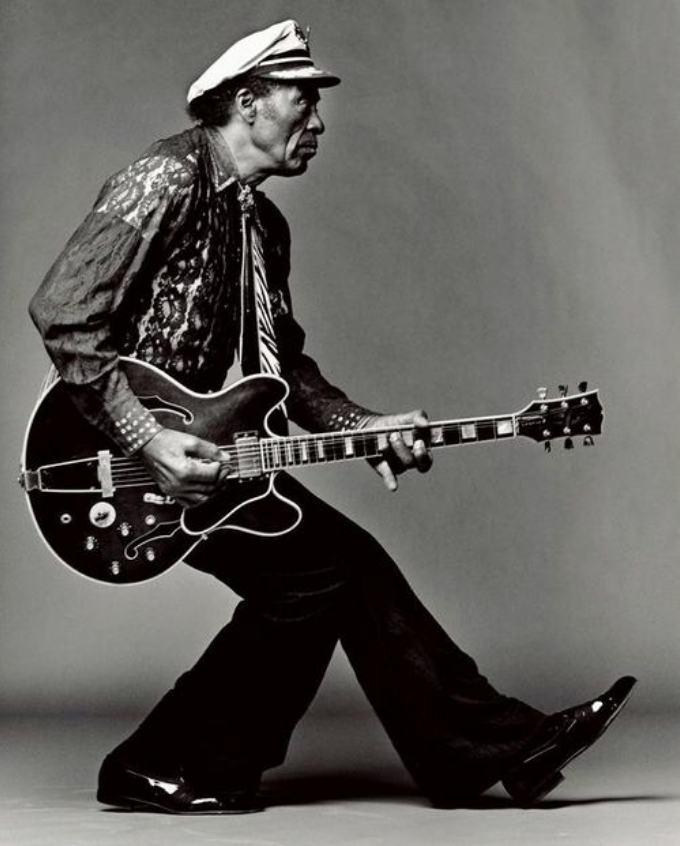 Chuck started out playing the blues and he got together with fellow blues-man Johnnie Johnson. Indeed, Chuck pretty much took over Johnnie 's group, who became his backup band for some years. Johnnie can be heard playing piano on Wee Wee Hours. 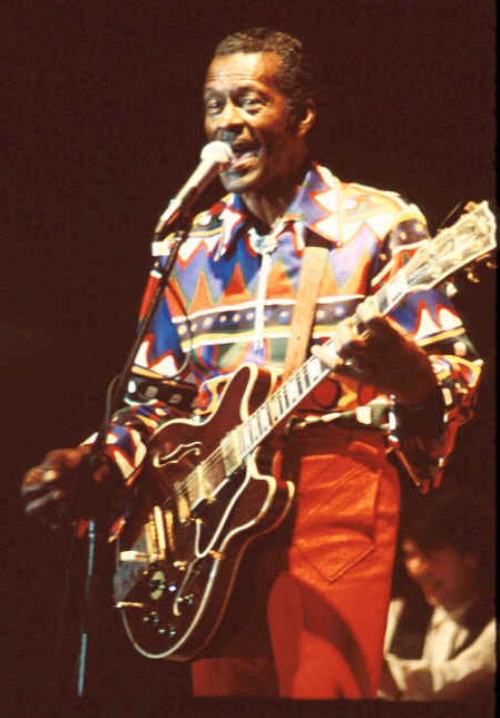 I'm not completely eschewing his famous songs; I've included two of them (a couple more if you're really familiar with Chuck's oeuvre). You Never Can Tell was always a bit of the odd one out when it came to his biggest hits. It's one I really like.

♫ You Never Can Tell

Decades early, Chuck seems to be anticipating dub and reggae as well as hip hop all in the one song. Cuban music too, given the title: Havana Moon. 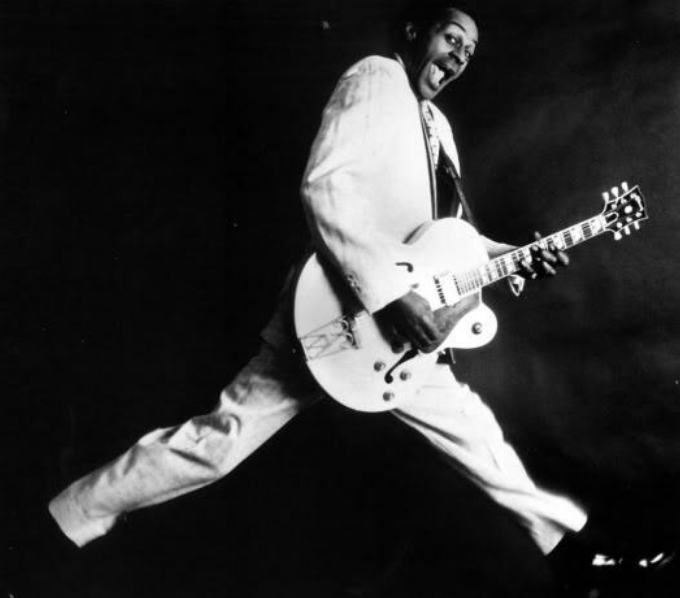 An interesting combination of classic blues style and DooWop with Chuck's lyrics pertaining to school days, young girls and the like. Make of this what you will, Childhood Sweetheart. 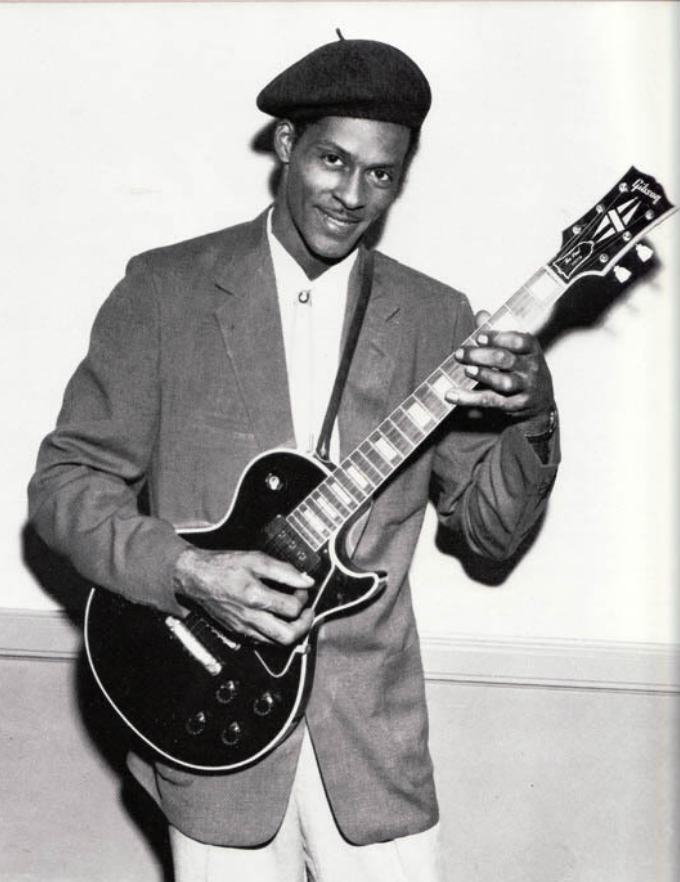 Chuck as lounge singer, with some tasteful guitar playing it goes without saying (even though I've done just that). This was from a rehearsal for a record where someone left the tape rolling. It only surfaced when, as with many other artists, just about everything has seen the light of day. The song is I'm Through With Love.

Chuck seems to have had an excessive interest in Brenda Lee in the song named after her. I'm not going to comment further.

Now a rare cover song. Drifting Blues was written by Charles Brown, who Chuck, at least initially, sounded awfully like in his singing. Norma, the Assistant Musicologist, wouldn't think that's a bad thing as she's a huge fan of both performers. Here it is. 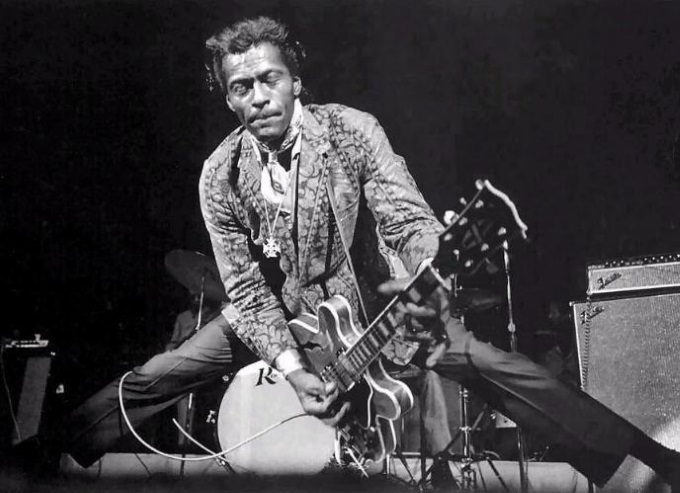 Too Much Monkey Business is one of his songs that's rarely covered, probably because it's such a tongue twister. You really have to be on your mettle to perform this one. Lots of the phrases from the song have been usurped for other purposes over the years.

♫ Too Much Monkey Business

Chuck regrets that he can't be understood in Spanish, at least according to this next song. Of course, all he had to do was plug in his guitar and start playing and he'd be understood immediately. I suppose that the guitar might get in the way of what he seemed to be trying to achieve. We'll never know. The song is Lajaunda (Espanol). 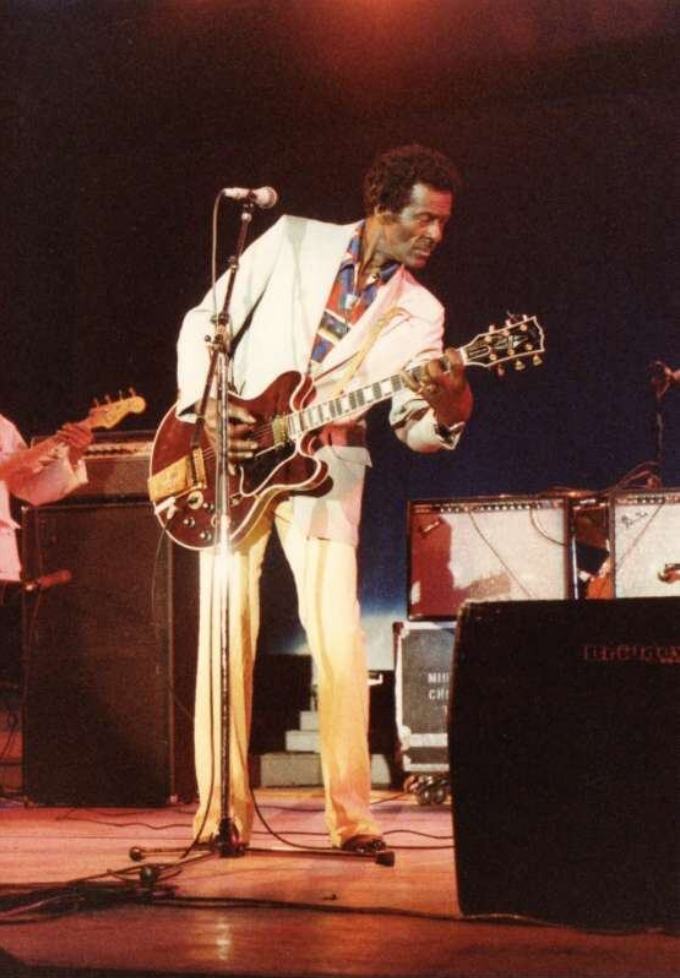 I'll end with one of his hits, one of the famous one. I just have to say "Hail, Hail Rock and Roll" and quite a lot of you will know that I'm talking about School Days.

Not quite the end. Chuck deserves an extra, one that pretty much defined him and all he stood for: Brown Eyed Handsome Man.