Home About Archive Contact
Not Like Them – Those Other Old People (Again)
ELDER MUSIC: Send More Chuck Berry

This is all too familiar to me and probably to many of you too.

Comedian Mack Dryden, who used to write for Bill Maher, has a whole lot more videos and his website is here.

Not just anyone can make fake money for movies and TV shows. As the YouTube page explains, it is a

”...highly regulated endeavor that is closely watched by federal authorities, so Rappaport has to be extra careful to ensure his fakes never make it into circulation. Still, when your prop money is the go-to for rap videos and has been featured in over 175 films and shows, we think it's safe to say that your cash is king.”

Remember last month when I told you that Monopoly planned to kill the thimble token and a couple of others. Now they have done it. Here's the story:

The T-rex, ducky and and penguin tokens will be available in a new release of the game in the fall. In a statement, Jonathan Berkowitz, a senior vice president at Hasbro Gaming, said,

“The next generation of tokens clearly represents the interests of our fans around the world, and we’re proud to have our iconic game impacted by the people that feel most passionate about playing it,” according to The New York Times.

It's a long time – probably fall – until President Trump's budget will become final and many changes can happen between now and then. However, in the first draft, funding for PBS is being cut which means - Sesame Street's Elmo would be fired:

WHO SAID IT – STEVE BANNON OR VOLDEMORT?

Buzzfeed recently published a little quiz: Ten quotations about which you are asked to choose whether White House Chief Strategist Steve Bannon said it or if the Harry Potter character, Voldemort, said it.

I've read all the Harry Potter Books, I closely follow American politics in Washington, D.C. and I thought this would be slam dunk for me. But nooooo. I correctly identified only four out of ten.

You can test yourself here.

This video took the internet by storm last week. Watch what happened when Professor Robert Kelly was being interviewed by a BBC reporter about South Korea:

It was too delicious for Jono & Ben not to wonder what would have happened had it had been a mommy who was interrupted instead of a daddy. Here's their take:

Thank my friend Jim Stone for sending this.

THE PHYSICIST WHO MAKES AMAZING ORIGAMI

”Twenty five years ago, physicist Robert Lang worked at NASA, where he researched lasers. He has also garnered 46 patents on optoelectronics...

“But in 2001, Lang left his job in order to pursue a passion he's had since childhood: origami. In the origami world, Lang is now a legend, and it's not just his eye-catching, intricate designs that have taken the craft by storm.”

I think you'll enjoy this:

EATING FOR A HEALTHY OLD AGE

The website has a terrific section on healthy eating in old age, what changes are needed and how to make them.

“...as you age, some foods may be better than others for staying healthy and reducing your chance of illness,” they explain. 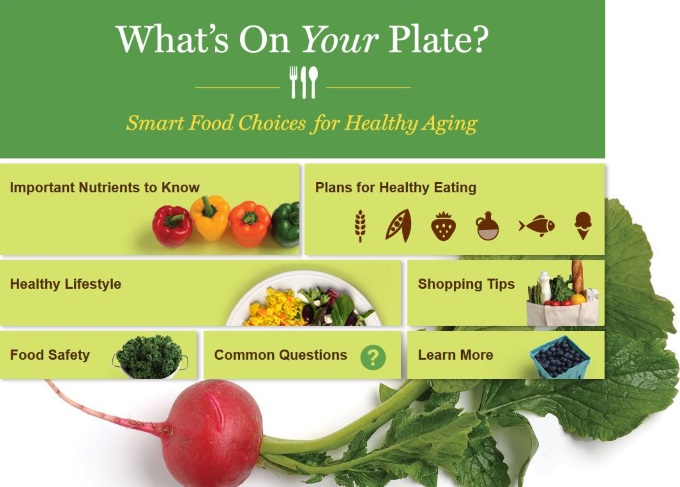 There are sections on important nutrients, shopping, changes in healthy choices as we get older. And much more. Take advantage of this while you can. Such information is likely to be the kind that is canceled and disappears with the Trump budget.

I only recently heard of quokkas – a marsupial native to Australia (home of Sunday's music columnist, Peter Tibbles). And it is the cutest thing you've ever seen. They call it the happiest animal in the world. Apparently it's friendly too. Take a look: 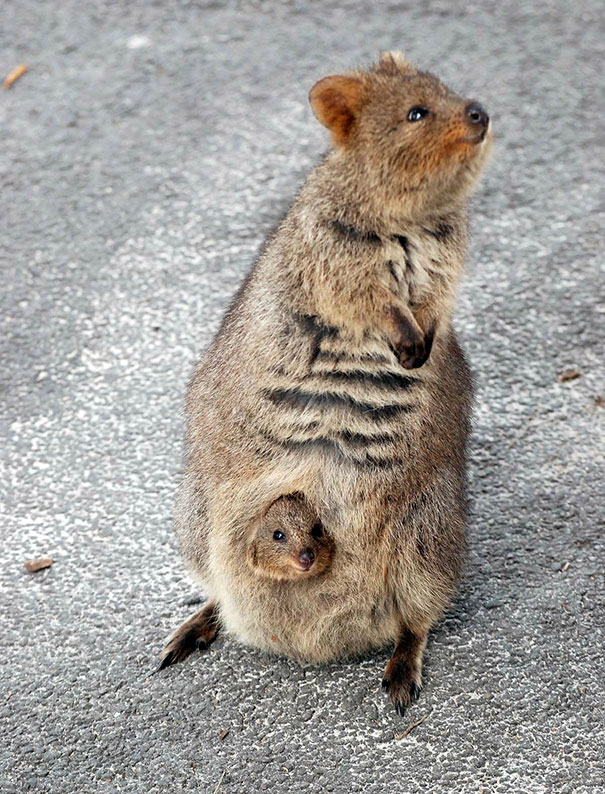 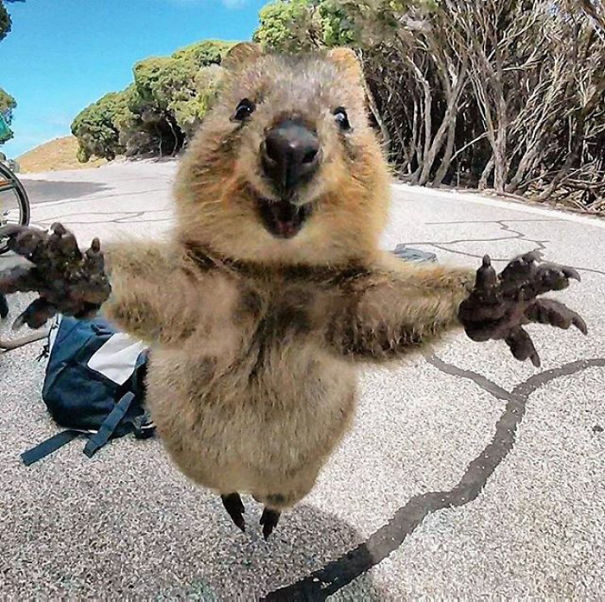 How's that for leaving you today with big, warm hug? You can see more cute quokka photos at Bored Panda.

Love Mack Dryden's song. But I still maintain that we are not getting more forgetful; we just have too many things to keep track of. After all, when we used to want to go outdoors, we just ... went outdoors. Now we want to leave the house, we have to find the keys, then the glasses, and the phone and the wallet and the other glasses. It's no wonder we forget a few things!

Where have Quokkas been all my life? So cute!

Hey! My knowledge of the Harry Potter series is only the first book and the inevitable exposure from media over the years, and I achieved 9/10 correct. I must be more cynical.....

Ronni, your range of interests boggles the mind.

I am with Janet - I only read the first book and also got 9/10....Just don't underestimate Mr. Bannon!!!! Who knew someone would make Voldemort look like less of a villain? Love the Quokkas..they have a perpetual smile!!

That last quokka picture is worth a thousand words. You can't not smile when you see it.

As for the National Institute on Aging, I figure that will get cut along with Meals on Wheels. No need to waste money trying to feed the elderly; they're all going to die anyway. /sarcasm

I got 9 out of 10 too. Read all the Harry Potters and it must have stuck. Losing PBS makes my head hurt.

I've read no Harry Potter, but still got 6/10, only because I've read way too much about Bannon, and have watched his awful documentary, "Generation Zero." The coarser quotes were clearly his. And it was no surprise that he thinks darkness is a good thing, because that's how all the cockroaches hide out.

I was blown away by the origamist. I've loved this art of paper folding since I first saw it as a child. I've tried it a few times, with some inexpensive kits, but I'm all thumbs. What Robert Lang has done is astonishing.

The quokkas are adorable. I wish they were around here and as numerous as the unfriendly groundhogs that tunnel beneath houses in our neighborhood. I'd like having these furry little smiling animals around.

Thank you for all the goodies again today Ronni.

Again, a lovely post and one to explore.
I looked up (googled) Robert Lang and found several more articles on his origami/math projects. Fascinating work and wonderful mind.
Thanks for posting some of his work.

I am probably the only person on Planet Earth who never played Monopoly. With the exception of Pinochle and Parcheesi my family didn't go in for games. Too bad, because I think I missed a lot of fun.

Next life I want to come back as a Quokka. They are so cute and lovable.