What Trumpcare Tells Us About Social Security

If you want to know what the Republicans in Congress will soon try to do to Social Security, pay attention to today's post. 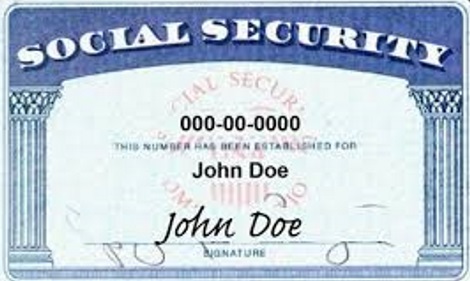 As we have discussed in these pages many times over the years, Republicans have wanted to kill Social Security and Medicare since they were enacted in 1935 and 1965, respectively.

Republican House Speaker Paul Ryan is well known for his past attempts (so far failed) to kill Social Security, and the Robin-Hood-in-reverse American Health Care Act (aka Trumpcare) being debated now is a good indication – whatever happens to it – of what he and other Republicans will soon attempt with Social Security.

You have probably heard this widely reported premium nightmare people not yet old enough for Medicare will face if the ACHA becomes law:

"A 64-year-old earning [$26,500] will get sticker shock...Under the Republican plan, health insurers would be free to charge the senior more, raising that person's premium to $19,500.

You can comfortably assume that draconian changes of this kind will be adapted to fit Social Security when the Republicans move on to attack that program.

Ezra Klein, who is editor-in-chief at Vox and one of most knowledgeable policy journalists we have, made this video with a clear, easy-to-understand explanation of Trumpcare. It's worth five minutes of your time, keeping the future of Social Security in mind as you watch.

Late last year, Representative Sam Johnson (R-TX), chairman of the Social Security Subcommittee at the House Ways and Means Committee introduced H.R.6489 - Social Security Reform Act of 2016 - which he described as a "plan to permanently save Social Security."

”Followers of GOP habits won’t be surprised to learn that it achieves this goal entirely through benefit cuts, without a dime of new revenues such as higher payroll taxes on the wealthy.

“In fact, Johnson’s plan reduces the resources coming into the program by eliminating a key tax --another way that he absolves richer Americans of paying their fair share, while increasing the burdens of retirement for almost everyone else.”

To move forward, the bill needs to be reintroduced in the new 115th Congress which has not been done yet but undoubtedly some form of those changes will show up in future Social Security legislation.

”Using changes in the arcane rules of the budget to force through subsequent cuts...By the time the American people realize what’s happening, the rules that usher in the changes are in the past, and those voting for the cuts can claim that they have no choice, for budgetary reasons.

“The rule that has been adopted was telegraphed shortly after the election when Representative Tom Price, Chairman of the House Budget Committee and Donald Trump’s nominee to be Secretary of Health and Human Services, proposed changes to the budget rules, which, if enacted, would end Social Security, Medicare, and Medicaid, as we know them.”

As you know, Tom Price was confirmed as Secretary of Health and Human Services and Medicaid “as we know it” is already on the chopping block with Trumpcare.

In fact, former South Carolina Congressman Mick Mulvaney who was recently confirmed as director of the Office of Management and Budget (OMB) has said that the president promised only to “save” Social Security. Nancy Altman had a few words to say about that:

“Mulvaney and other Republican elites, who hate Social Security, Medicare, and Medicaid, are now claiming that Trump was simply promising to 'save' these programs.

“Like the infamous comment about destroying the Vietnam village to save it, they argue that cutting or even dismantling these programs 'saves' them. In this twisted logic, Trump can cut these vital benefits, and not break his campaign promise not to cut them!

“The American people are not going to be fooled. If Mulvaney succeeds in convincing Trump to sign on to cutting Social Security, Medicare, or Medicaid, or even worse, ending them as we know them, Trump voters will know that they have been betrayed.

“And all Americans will know that the Republicans in Washington, including Trump, are working for Wall Street, not Main Street.”

Oy. This administration is sure going to keep us busy. You can listen to a 10-minute interview with Nancy Altman about Trumpcare here - from fair.org.

Mayo Clinic will prioritize privately insured over Medicare and Medicaid is an article at Statnews.

The cue has already begun and it is the BOTTOM LINE that is being considered, not health.

Your commentary is wonderfully lucid and informative. Would that the national press corp took some lessons from you.

Thank you for informing the readers of just how devious the President and Congress persons are. Ryan's numbers have never added up on his budget proposals and yet he is considered a leading light in the Republican party. His good reputation among the Republicans is either highly over-rated or he is as big a liar as *. Probably both.

Cogent information again, it's so helpful now. I wonder if those who voted for Trump and the liberals will ever realize that we should be holding hands and fighting the forces that want to hold us ALL down, as they line their ever more obscene pocketbooks. I for one am with Bernie when he says,"I am not a Liberal, I'm a Progressive." 99 percent of us are being screwed over by 1 percent! Oh, talk about unsustainable!

Thank you for this informative post. Unfortunately, I wonder if the "true believer" residents of tRumpistan will EVER turn on The Orange Apparition & Co. even when they discover how badly they've been screwed.

On the possibly plus side, even some Repugs can't go along with the tRump/Ryan budget, but there probably won't be enough of them to make a difference. I expect there will be some watering-down but there's no doubt that it will hurt everyone except the 1%. Still, there are more of us than there are of them, which they'd be wise to keep in mind. Widespread discontent (dismay!) among ordinary citizens has been known to result in revolution.

Reading the programs and agencies that are going to be defunded leaves me angry, sad, and frightened. I have worked, directly and indirectly, with several agencies that may be going away if this proposal is not significantly and successfully challenged. The Neighborhood Reinvesment Corp. (AKA NeighborWorks America), for one, does great work and losing it, along with several others on this list, will be devastating to communities and the people living in them.

I am on the board of a NeighborWorks funded organization, and can attest to the value it has brought to my community. Since 2013, the local agency has helped 860 families in saving their homes when they were threatened by foreclosure, and another 670 families were able to get into their own homes here, through down-payment assistance, credit counseling, and related services. This program was the only local source of such assistance and the numbers of homeless families, already high here, would have been much higher without this resource. They have also helped several families remain in their homes by helping with roof replacement and other critical maintenance and repair projects.

This is one program that returns much more value to the communities in which it operates than it gets in federal funds. To cut it and others like it could only be described as penny-wise and pound foolish; actually, it is just purely foolish. It's going to take some intense lobbying, phone calling and letter writing to fight this. May the Force be with us.

Eliminating cost of living increases would go a long way toward killing Social Security over time.

Ronni -- I couldn't figure out how to email you, so I'm going to post this here, and you can delete it if you want. I have revamped my blog to be "The Crone's Rebellion" as a shout out to elder irreverent female activists who can't march but would like to do something for the #Resistance. If you know of any Crones who might be interested, please let them know. I am out of touch with most bloggers these days, being busy with my "Not Yet Over the Hill Gang' of elder writers who also go to senior centers and libraries to do readings/performances. Meanwhile, kalilily.net is active again, and I hope that you will take a look.

I think you really need to get your information from somewhere other than liberal sites. You will not lose your social security. What must happen is that it should be fazed out over several years allowing younger people to invest their money in, well, real investments instead of sending their money to Washington where they have already spent all the social security money we the people have paid into over our lifetimes. If my husband and I could have invested our money instead of putting it in the sinkhole that is social security, we would have bushels of more money for our retirement instead on the pittance the government doles out every month. We the people have got to decide whether we want the federal government control over every aspect of our lives or whether we want to take responsibility for our own future. I think I can do much better than the government.