It has been more than 20 years since I began reading, writing and thinking about old age nearly every day. Some things have changed: there is a whole lot more to read nowadays than in the mid-1990s, and there is some improvement in cultural attitudes toward elders. But not nearly enough.

Some things have stayed the same: too many of the boring old stereotypes remain in books, movies, TV and online, in journalism, schools, even in science and medicine and certainly in the workplace.

Over these 20-odd years where I've spent so much time in the world of what it's like to grow old, it's been a lot like “the more things change, the more they stay the same.”

Here then are a few – only a few - of the random conclusions I've reached about old age in which I have some confidence. (Well, some confidence until new information requires revision.)

⚫ Stereotypes are usually mean and often unfair but they are not always without merit. We do not suddenly become sweet, little old ladies or get-off-my-lawn, curmudgeonly, old men on a certain birthday. If we do exhibit these characteristics, we were likely that way all our lives.

⚫ Cultural perceptions of old age have not changed much in the nearly 50 years since Simone de Beauvoir described them in her 1970 book Coming of Age:

”...we have always regarded [old age] as something alien, a foreign species.”

⚫ Contrary to a minor trend among some writers and self-appointed gurus on the subject, old age is not more special than any other time of life. But it is equally significant – it's just that our culture doesn't see it that way. Yet. 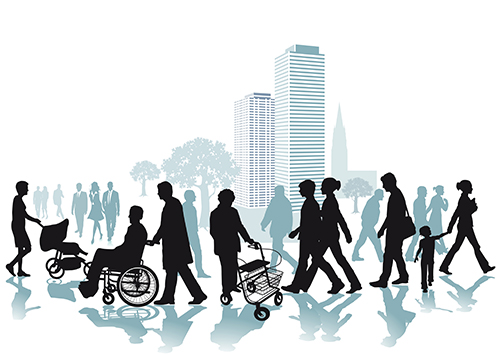 ⚫ The old are granted less cultural power even than children.

⚫ Movies about old people still fall mostly into two categories: (1) old folks making fun of themselves while laughing hysterically and (2) old people dying in extremis. You will find more varied and honest portrayals of elders occur in supporting roles.

⚫ No matter how much sentimental types try to tell us otherwise, wisdom is not an automatic attribute of old age.

⚫ No two people age in the same way and they grow old at entirely different rates. Elderhood is more diverse than any other stage of life. The truest thing I know about growing old is that it never stops being fascinating and there is always something new to know:

“The moment one gives close attention to anything, even a blade of grass, it becomes a mysterious, awesome, indescribably magnificent world in itself.”

I have been trying to think of something witty to say about what I have learned about growing old and the only thing that I can come up with is that, as I get older, my fondness for Chinese take-out, pizza with anchovies and oatmeal has increased.

As usual, you've given your readers a lot to ponder here, Ronni.

Yesterday was the once every four years municipal election of mayor, city council , township, and various trusteeship offices here in Illinois, and it was the third time I've worked as an election judge in the past six months. One of the most interesting things that I and some of my co-workers observed yesterday was the number of voters with canes, wheelchairs and other mobility aids. I think it had to have been close to 40% of all voters at our polling place, and may have been higher than that. It left me wondering what's going to happen to the election process over the next 10 - 20 years.

All six of us working at the polling place to which I was assigned were over 60, with four being over 70, and of those four, two closer to 80. Without all of us elders coming out to register, vote and work the elections, the process would be in even bigger trouble than it is. I'm not sure how much longer I'll do it, since I'm having an increasingly difficult time getting up and ready and to the polling place by 5:00a.m., working a 16 hour day and staying mentally alert enough to follow all the myriad instructions about the process, including setting up all the equipment, taking it all down and packing it away again in the same order and getting the computers back to the Board of Elections office that same night. For some reason, they don't break the day into shifts, which makes it a rather torturous process and may explain some of the difficulty in recruiting new workers.

Not sure what happened with my name on my post, but it appears to have defaulted to the first word in my post. I think it's because I had started the comment and went to get the garbage out, got distracted and had timed out by the time I came back and finished it. I didn't realize my name needed to be re-entered after refreshing the screen and posting. So today I am 'As'. Glad there wasn't an additional 's' on the end of that.

Since ALL of you are in the "elder" category and there is difficulty in recruiting newer
volunteers, could you all unite and request/demand some changes?

As for the cultural gap between elders and others, at least in this country, it will probably never get past minimal changes for the simple reason that the young have never been old.

It's like travel, no matter how much you read or see pictures, the real experience of being
somewhere else does not hit home viscerally until you are actually there.

I never imagined that at the age I am, 75, that I'd be working 30 hours a week. Living with daily physical pain without hope for improvement. Not able to participate at will in many activities like skiing and long hiking that so many others my age enjoy. Acceptance of what I can do is a constant meditation. I plan to work until I drop! And hope I can keep walking.

That "old folks making fun of themselves while laughing hysterically" trope is also rampant on the Internet and on greeting cards. One of my closest friends sends them to me all the time and I haven't figured out if or how to tell her they make me crazy. Any suggestions out there?

Bruce Cooper: Chinese takeout isn't available where we live, and I don't like anchovies on my pizza, but I'm with you on the oatmeal.

Ronni: Excellent conclusions. My discussion group is taking up this topic next week, and I will strongly recommend that the members review this and other posts by you before we convene.

I thin k it is difficult for the young to embrace older folks as it reminds them that they will age someday. That is something they do not want to think about. Maybe it is a natural response, as it prepares them for the eventual loss of loved ones. Perhaps that is why there is such preoccupation with remaining "young" On another note, Frankie and Grace, on Netflix is a good program that actually provides humor and a look at aging as a process of growth, not just an end game.

If you get the chance to see the newest version of "Going In Style" with Morgan Freeman, Alan Arkin, and Michael Caine, PLEASE do it. Funny, older people, and hilarious scenarios. One of them even is still having sex and gets married. It's a GOOD movie about older people.

I've got a stereotype for you. I'm going through a old-age crisis---turning 75 soon---so I started taking strength training sessions with a personal trainer with a goal of tackling the rock climbing wall by fall.

What have I learned about growing old, well, try not to fall down, seriously! Be safe, get a hiking stick, good for discouraging unwelcome dogs too as well as hiking. Mine has a screw on the top that my camera fits into and solves the shaky hands photo problem.

Talk to your grandkids about your current life as well as your history, the younger ones are more interested, so maybe we can raise up some young ones who see us as regular, real people living their lives as best we can, as always.

When I open my eyes in morning, I am grateful to realize I'm getting one more day to get right with "whatever" fill in the blank.

True. Everything you said, Ronnie.

I think what has surprised me most about getting old or what I have learned as I have aged (I am 62) is that long-term friendships don't always last. I thought long-lasting friendships would continue to be long-lasting. I thought I could count on these friends to be friends until they passed away or I passed away.

Another thing about getting older. I still struggle with the same issues I had when I was younger. These have not changed. Some have gotten milder as I have aged. My chocolate craving totally disappeared some years ago.

I'm smarter in some ways. I read people pretty well. I manage money much better.

What you stated about the portrayal of older people in movies is true about how they are portrayed on tv, also. An exception to this is the series Midsomer Murders which can be viewed on Netflix. It is absolutely delightful to see people my age having such a good time joyfully living their lives, hopping into bed with each other, and even committing a few murders. There are 14 seasons available now for binge viewing. Enjoy!

We shouldn't let the movies or any popular culture define old age for us, or anything else for that matter ... the media deals in nothing but stereotypes. Meanwhile, I love your view of old age as not more or less "special" but as equally significant.

The only antidote to growing old is to die young. I feel blessed to have the privilege of "growing old!" What an adventure! I feel so much more at peace with myself, while still wanting to change injustice and ignorance in the world and having the wherewithal to do it. Appreciating the marvels of our beautiful world comes so much easier with the angst of youth behind me. Never foresaw the pleasures, understanding, and delights that aging would bring! Our society is just too young yet, so it's up to us to enlighten them.