Surely you remember how Dave Letterman made his mom a star during the 30-year run of his Late Show. Dorothy Mengering died Tuesday at the age of 95. Here is a montage of some of her appearances on her son's show.

This was the best “oops laugh” I had all week. You've heard of IoT, the Internet of Things, right? Your refrigerator will order milk for you, start the toaster or turn on the lights and so on.

Well, someone may have gone a mite too far with this idea – a Wi-Fi sex toy AND it can be hacked:

“Because of the way the Siime Eye’s software was designed, anyone within Wi-Fi range could potentially hack his or her way into the system and watch footage right along with the person the feed was intended for.”

And here is the kicker that sent me into gales of laughter:

”With a little extra work, a hacker could also take control of the firmware and even broadcast the feed to the web for anyone to see.”

Read even more about this at Salon. Tee hee.

OLIVER ON GERRYMANDERING AND DEMOCRACY

As you undoubtedly know by now, the Republicans have so deeply gerrymandered the voting districts of the United States in the past decade that in many places it is, without some gigantic change of political leaning of millions of voters, impossible for Democrats to increase their numbers on the Senate, the House and in state houses.

The wonderful John Oliver looked into that on his HBO program, Last Week Tonight. As with almost all his video essays, this one, too, is not to be missed.

Remember last week when I showed you a video about the Boston Typewriter Orchestra? Friend and well-known videographer, Steve Garfield (who is also the son of our own Millie Garfield), emailed to let me know that he had interviewed these guys way back in 2008.

So here's Steve's video with the orchestra members and some additional information we didn't get the last week's item.

You can find out about all kinds of other video work Steve does at his website.

Sometimes when people demean elders with their words, they are just ignorant; there is a good chance they can be educated.

Then there are organizations whose actions are so deviant from their stated purpose, are beyond the pale. Take this headline from, of all places, an AARP newsletter.

“The inspiring women of Allure's ageless beauties video series prove that growing up doesn't have to mean growing old.” [emphasis is mine]

I immediately hit the delete button. Let us say this all together now: There is nothing wrong with being old.

Perhaps, last year, you followed the work of Washington Post reporter David Farenthold who, over many weeks spoke with more than 300 charities that then-candidate Donald Trump said he had contributed money to.

Farenthold couldn't find any that Trump had actually given money to while also discovering illegal use of his foundation funds for personal purchases.

That kind of investigation, telephone call after call after call, is deeply tedious and deeply important to keeping public people honest. This week, he won a Pulitzer Prize for his effort and here's a video of the celebration with his colleagues at the paper.

Congratulations on a well-deserved award. You can read more at the Washington Post.

CONGRESS MADE IT OKAY TO KILL HIBERNATING BEARS

Two weeks ago, President Donald Trump signed a bill that had been passed by Congress making it legal to kill bears while they are hibernating and other wild animals too. 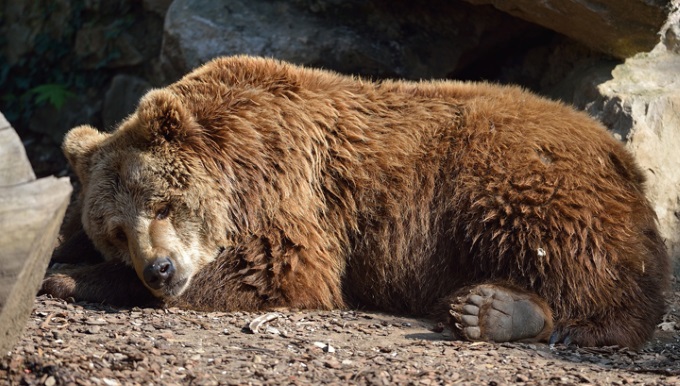 The law also allows people to kill cubs in their dens and target animals from helicopters. The Humane Society had condemned the law before it had passed the Senate and was sent to the president's desk.

“'What the House did today should shock the conscience of every animal lover in America,' said Humane Society CEO Wayne Pacelle in a statement. 'If the Senate and president concur, we’ll see wolf families killed in their dens [and] bears chased down by planes.'

“Rep. Don Young (R-Alaska), who introduced the measure, argued that states’ rights were being infringed upon by the rule.

“'We have to recognize this is not about the little polar bears, the little grizzly bears or wolves on television, this is about the state’s right to manage — not allowing the federal government to do so.'”

Unh-huh. But the animals are just as dead. Find out more at Huffington Post.

Unless you're an Apple/Mac kind of person, you have undoubtedly played Microsoft's solitaire game that was included with every computer running Windows for many years.

Someone created that video game and it was an intern at Microsoft in 1988, named Wes Cherry. As the Youtube page explains:

"...out of sheer boredom, Cherry created Solitaire. With the approval of Microsoft founder Bill Gates, the company decided to include the game as part of its Windows program. And thus commenced countless hours of wasted time. From procrastinators everywhere, thanks, Wes.”

Yeah, Wes – thanks a lot. Here's the story from Wes Cherry himself and wait until you see what he's doing these days, nearly 20 years later.

And it's this week's most adorable thing.

Farenthold's findings are reason enough to demand Trump release his tax returns. I hope today's Tax March adds to the pressure (not that I think for a moment that Trump will yield).

It's bad enough that Alaska allows hunting wolves from helicopters. It figures one of their yahoos would try to broaden that to let every hunter in the state shoot anything they want, anytime, anywhere. (Whew, when I first read it above, I thought the bill applied to the entire country, but HuffPo clarified.) Perhaps the worst part is that the law allows all that indiscriminate hunting in federal wildlife refuges. What's a refuge for if not to protect the animals in it?

Why do we think we need to manage nature?

My concern over this hunting legislation, in addition to what it allows and on federal wildlife refuges, is that I've heard nothing of this before now. As the AL Republican rep said, it's about giving the rights to states and this is the beginning perhaps? This all fits with doing away with the EPA and its standards for all nature in the US. The results from this are mind-boggling and will cause irreversible changes.

How can we give feedback in some way when we aren't informed of what's going on?

Rather than marching for DT's tax records, there are a multitude of other more important issues that require attention and action before it's too late to change the cold, mean-spirited venues of the Republicans in office.

And I fear the marching protests are going to lose influence when there are too many of them and it devolves into something else rather than the initial big-picture issues.

There's so much going on now that intentions are getting blurry while the mind seeks to live peacefully and avoid an abundance of conflict or sadness, so picking and choosing wisely what to fight is important for movements to be effective.

People that get pleasure out of killing hibernating bears and cubs and other animals from helicopters and exotic African animals bred just so they can be shot on some ranch are the type of people that would get a thrill from killing other humans they deem undesirable, if they could get away with it. People with absolutely no conscience towards any life. People void of feeling and a sense of what's morally right.

I would love to see your John Oliver clips, but for some reason I am unable to. Do you think it's perhaps because I am in another country?

I'm a bit disturbed to see the little girl in the segment about the water heater being allowed to hug and push against it. I wonder about the possibility of the heater falling on the child and causing a serious injury. What were the parents thinking?