I've run out of snappy titles for this series, named initially by Norma, the Assistant Musicologist, that I use to highlight lesser known composers who are seldom heard on radio or in concert.

The only thing PIERRE RODE seems to be remembered for these days is that Beethoven wrote his last violin concerto especially for him to play, as he was a great violinist according to reports, at least until later in life when his right hand was affected by an infection which reduced his prowess. 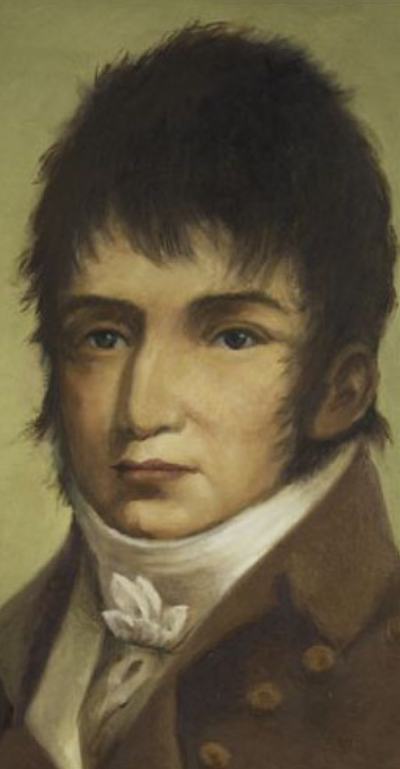 Pierre, however, was also a composer and not surprisingly, most of his compositions were for the violin. He was influenced by his teacher (Viotti) and he also later taught violin method at the Paris Conservatory. Here is the third movement of his Violin Concerto No 7.

Speaking of GIOVANNI VIOTTI, he deserves inclusion as well. 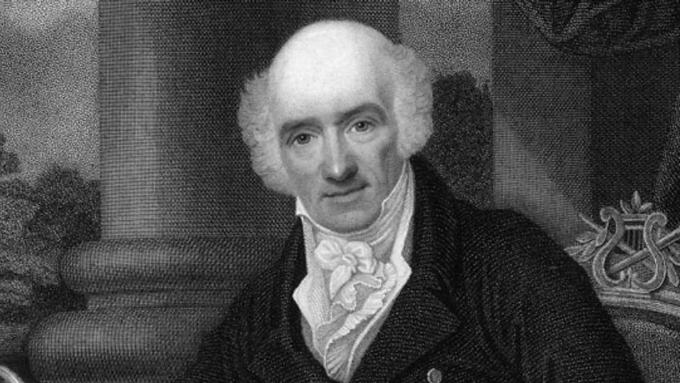 Although born in (what's now) Italy he spent most of his life in Paris and London. He was once booted out of England because people thought he favored the revolution in France, however, the (English) king's daughter at the time, along with several of the upper crust spoke in his defence and he was invited back.

He became a British citizen later on and spent the rest of his life in that country.

The circle goes round and round - Gio was also a violinist of note and wrote a number of violin concertos that greatly influenced Beethoven's style in this genre. However, as we had one of those just above, I'll go with something else.

In this case it's one of his string quartets, the first movement of his String Quartet Op 3 No 3 in F.

I have a couple of complete sets of Chants d'Auvergne (Songs of the Auvergne) by JOSEPH CANTELOUBE. These were folk songs from the region he collected and orchestrated. 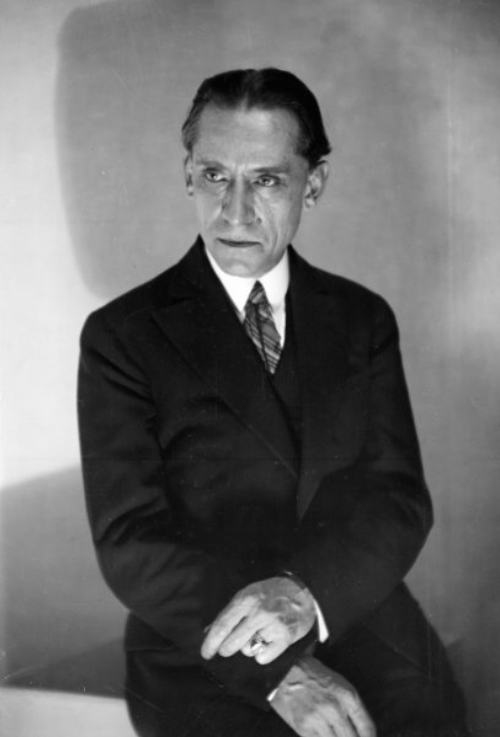 The one I've had for quite some time is by Kiri Te Kanawa, however, the recent one is rather interesting by SARA MACLIVER. 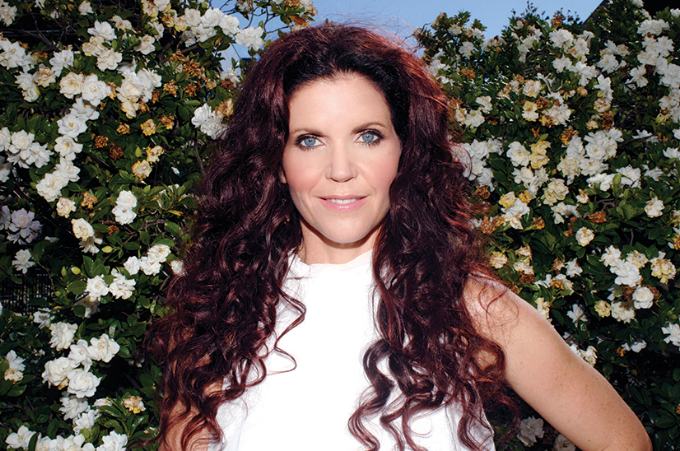 Sara is an Australian soprano from Perth and she's hot property in the opera world – look out for her if she comes your way. I've decided on pretty much the most famous, and popular, of the songs, Baïlèro.

I saw (and heard) Josef Suk perform many years ago here in Melbourne; he played the violin (superbly). However, it's a different JOSEF SUK we have today. 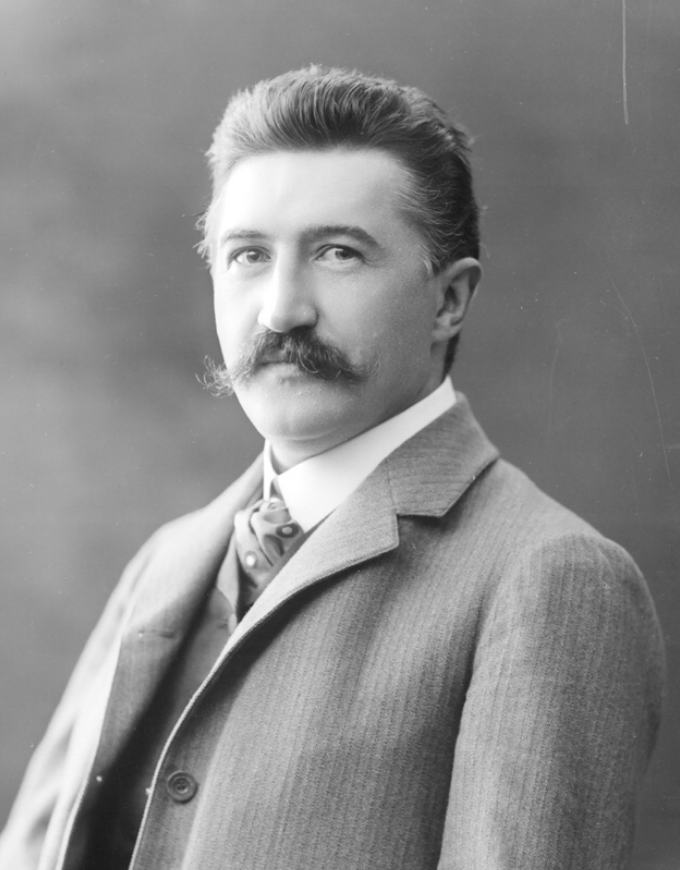 Today's Joe is a composer and was the grandfather of the violinist. He was taught by Antonín Dvorák, whom he admired greatly, and Joe's compositions show the influence of Antonín. He also married Antonín's daughter.

Apparently they were very happy, but alas she died before turning 30. He never remarried. Besides composing, Joe played violin for many years as part of the Czech Quartet. Here is his Seranade for Piano and Cello, Op 3 in A Major.

To my ears, the violin concerto by GIUSEPPE BRESCIANELLO sounds if it was written by J.S. Bach. 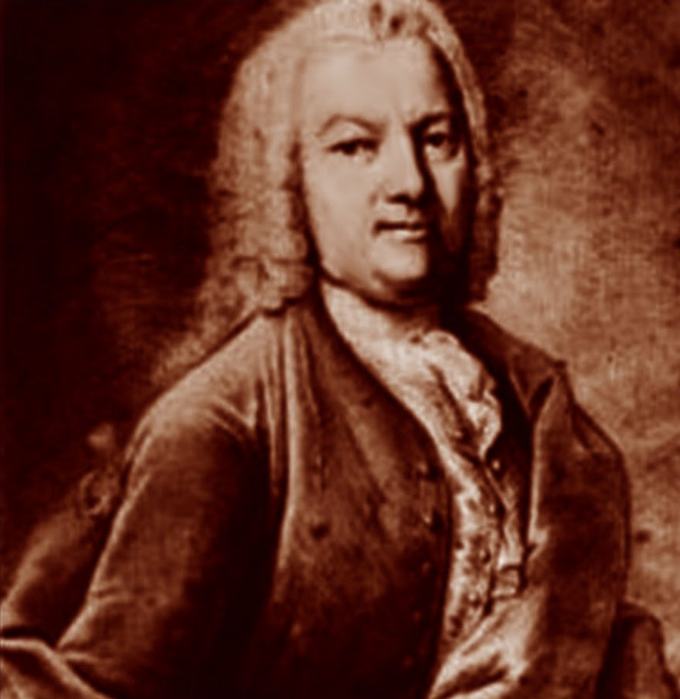 It's certainly possible that they listened to each other's music as their lives pretty much coincided, and although he was Italian, Giuseppe spent much of his life in Stuttgart.

However, I've not found any mention of their having met (but I haven't really searched diligently). You can judge for yourself with his first movement of the Violin Concerto in E Minor, Op. 1 No. 4.

VASSILIS TSABROPOULOS is a Greek composer and classical pianist, and just a whippersnapper – younger than anyone reading this column. 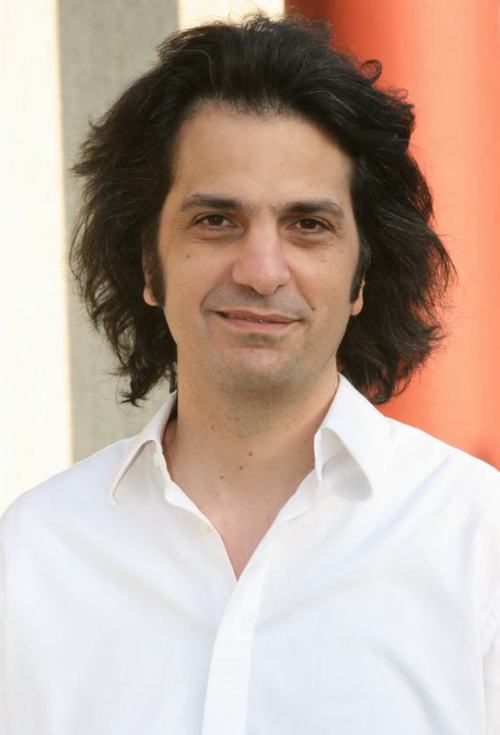 He greatly admired the pianist Vladimir Ashkenazy who became his mentor and for whom he wrote a set of preludes. One of his most famous (and best selling) compositions is called Melos, here performed by him on piano, Anja Lechner on cello and U.T. Gandhi on drums. 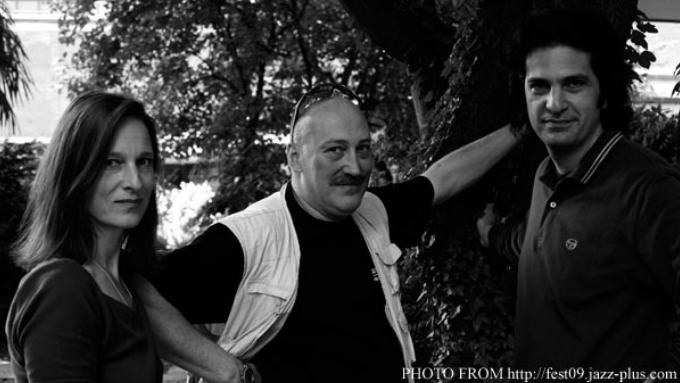 LUIGI CHERUBINI was yet another composer who was really famous in his lifetime but is largely forgotten today. 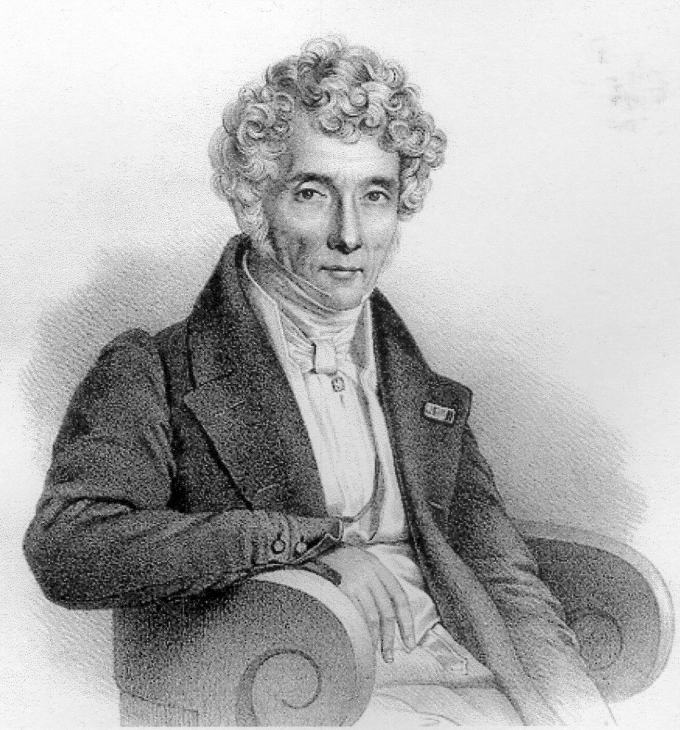 Indeed, his contemporary Beethoven claimed he was the greatest composer alive at the time. This was after Haydn and Mozart had both died. I imagine that Ludwig added a silent asterisk footnote saying, "except for me, of course". We'll never know.

Luigi was most noted for his operas of which he wrote dozens. Later, he turned to church music. He also wrote some orchestral works and a number of rather fine string quartets. However, from his opera “Amida abbandonata” we have MARIA GRAZIA SCHIAVO performing the aria Qual da venti combattuta. 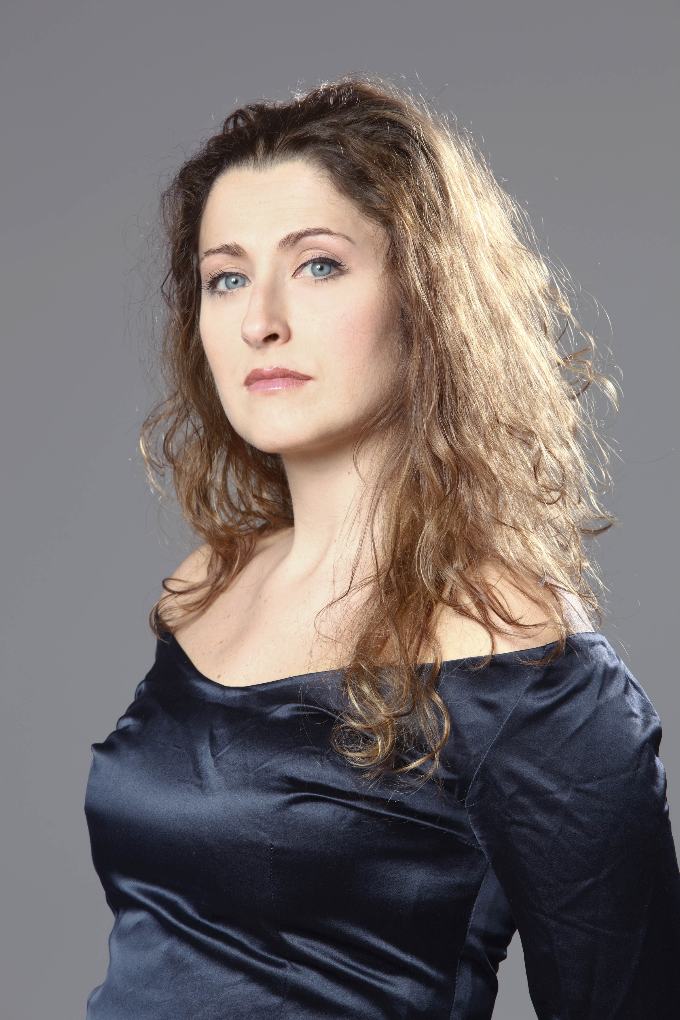 I decided to include this next gentleman purely for his splendid name: FERRUCCIO DANTE MICHELANGIOLO BENVENUTO BUSONI. 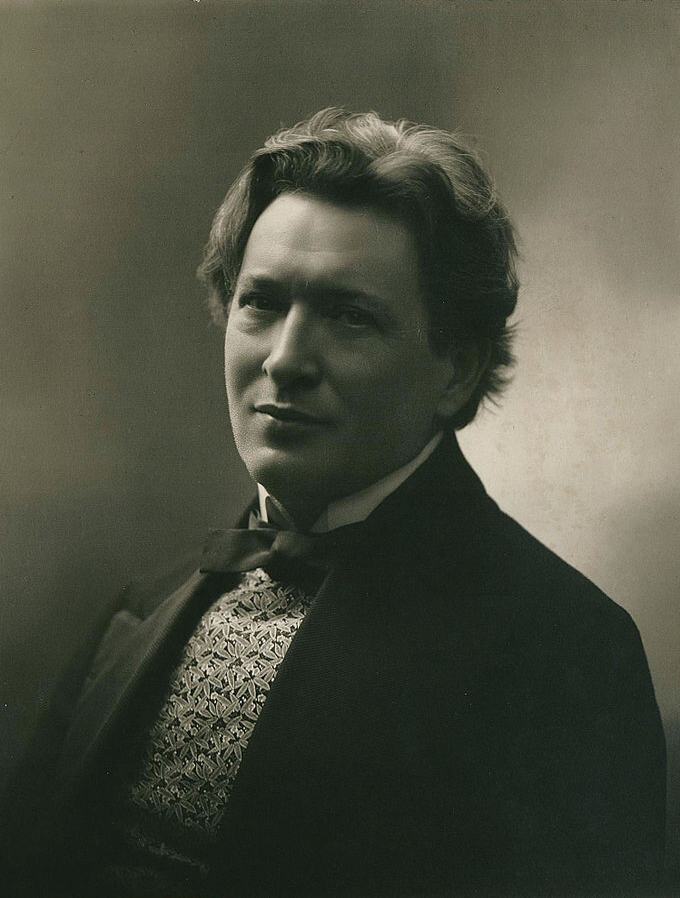 I guess it's a case of judging a book by its cover, however, old Ferruccio was a pretty decent composer as well. He seems to have had the ultimate pushy parents, both of whom were musicians, dad a pianist and mum a clarinet player. He was taught both instruments and was a child prodigy.

He was pushed to perform from age seven by his folks and later claimed he didn't have a childhood. He toured all over the world and was in great demand as a pianist. He also wrote music, which is good for us.

One of the things he wrote is the Suite for Clarinet and String Quartet K.176. This is the first movement. 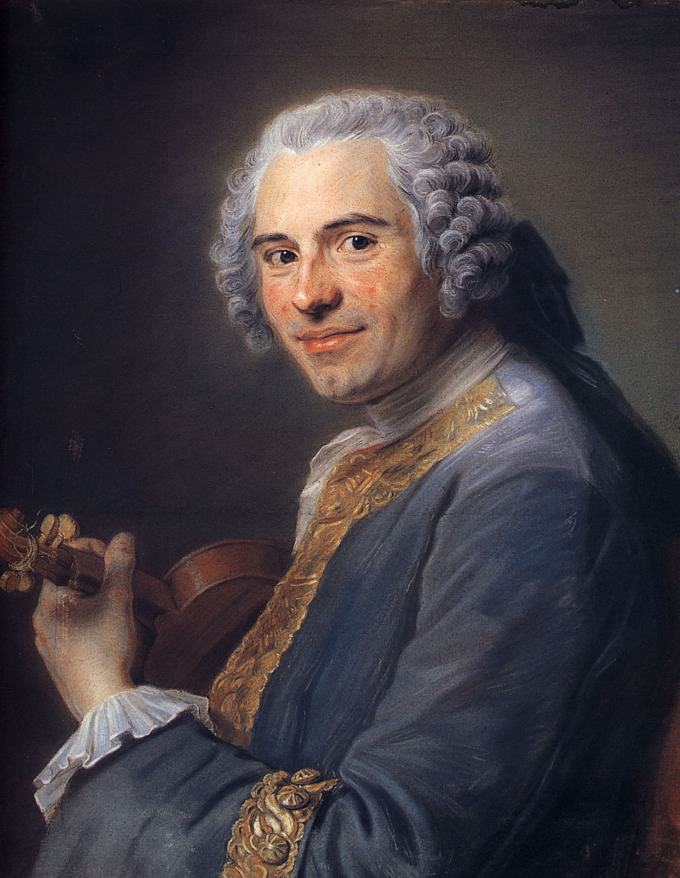 J-J was born into an aristocratic family in Narbonne in south west France who had fallen on hard times. I can't find any reason for this; it was probably one of the usual ways of that happening.

Anyway, he moved to Paris and caught the eye and ear of Madame de Pompadour who was Louis XV's main squeeze. Through her he got a bunch of decent jobs. He was a violinist by trade but wrote music in many genres.

This is his Sonata for Harpsichord and Violin in C.

Many Thanks to both of you for taking the time every week to
select good music for us. I love it¡
Best regards from Guanajuato Mexico.

Thanks for spending some time with classical music here!!

What a different and enjoyable list of selections. I enjoyed it.

So many composers and artists I hadn't ever hear or heard of until today.

You've done so much to further educate and inform me musically, Peter and Norma.

Oh, and give me enjoyment to0!