The best harmony singing, with only rare exceptions, comes from siblings. There are many examples in the male singing world, but it holds just as well for females. This is the basis for today's column. Let the singing commence. 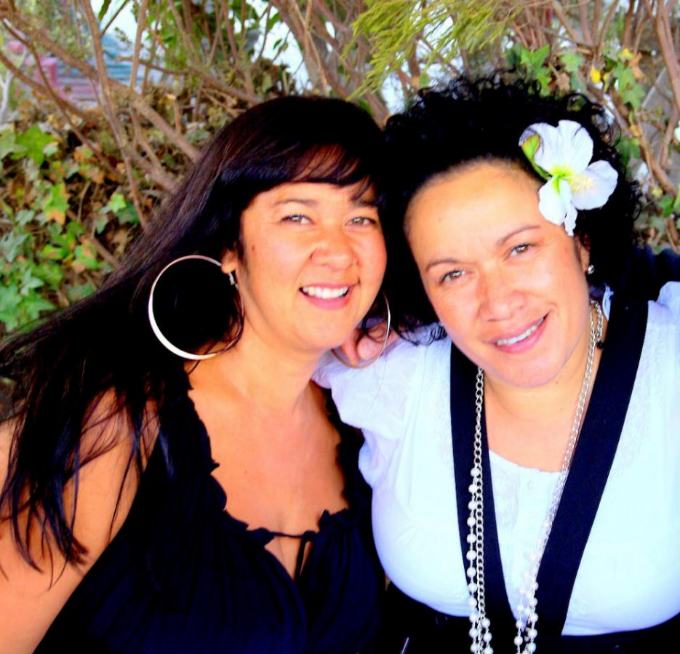 They have appeared on hundreds of records (besides their own) and been in quite a few bands. If you need some female backup singers or some lead singers, they are the go-to people. Here, from one of their own records, is Love is Mighty Close.

The trio called the DINNING SISTERS were Lou, Jean and Ginger Dinning. 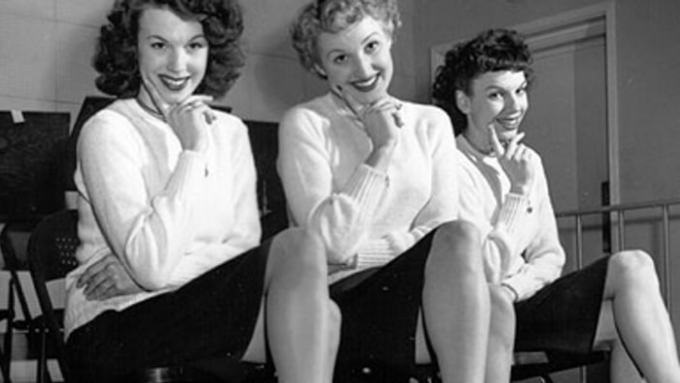 Jean and Ginger were twins. There were nine kids in the family, all of whom sang really well. There was a young brother named Mark who was a bit of a pop star in the fifties for whom Jean wrote the song Teen Angel.

The trio was some record company's attempt to emulate the Andrews Sister but they were more restrained than their more famous rivals. They perform Better Not Roll Those Blue, Blue Eyes.

♫ The Dinning Sisters - Better Not Roll Those Blue Blue Eyes

THE ROCHES were Maggie, Terre and Suzzy Roche from New Jersey. 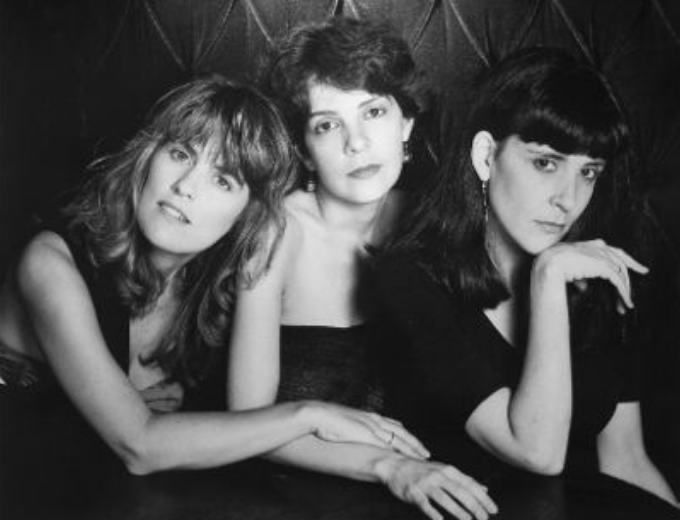 Maggie and Terre performed as a duo for some years until Suzzy joined them and they became The Roches, as you will hear. Maggie wrote most of their songs with Terre contributing a few. Alas, Maggie died early this year. The group introduce themselves with their song We.

KATE AND ANNA MCGARRIGLE were not only performers, they wrote terrific songs as well. 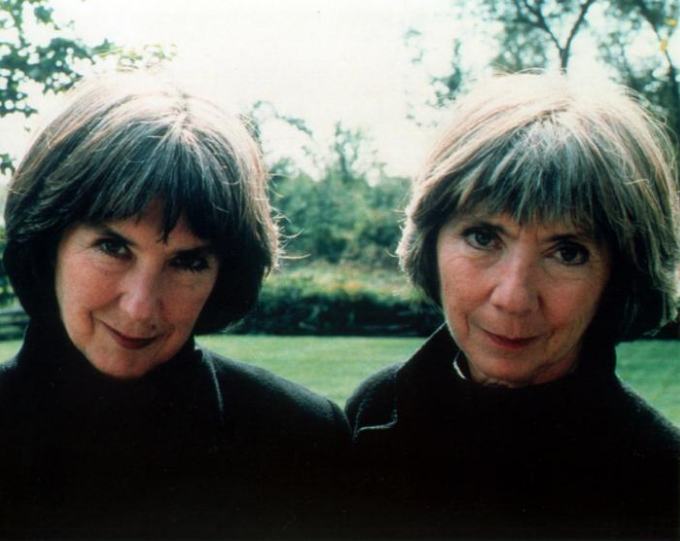 There's also an older sister, Jane, who occasionally wrote songs and performed with them. Some of the songs that Kate and Anna wrote have been covered by the cream (as well as the milk) of singers.

It was difficult choosing just one song, but I finally decided on You Tell Me That I'm Falling Down.

♫ Kate & Anna McGarrigle - You Tell Me That I'm Falling Down

Probably the most famous singing sisters were the ANDREWS SISTERS. 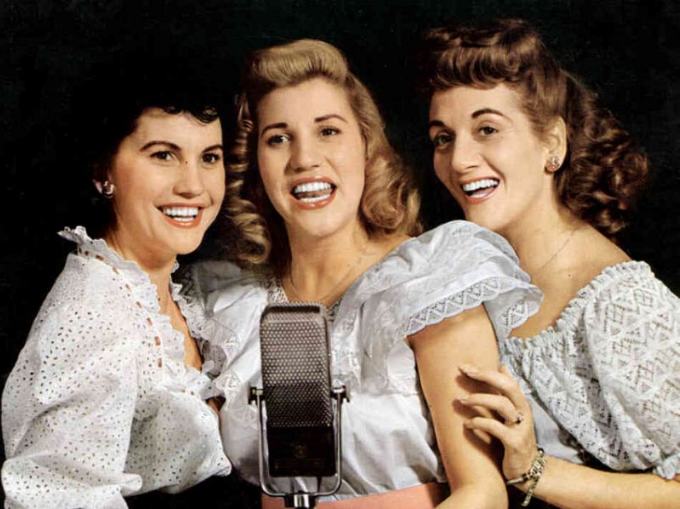 Readers of the column probably don't need to be told that they were LaVerne, Maxene and Patty Andrews. Rather than use one of their famous (and thus too well known) songs, I thought I'd use one I didn't know until I discovered it on my database. Of course those who know them better than I do might be familiar with it. Alone Again.

THE MCGUIRE SISTERS were sort of the Andrews Sisters of the fifties. 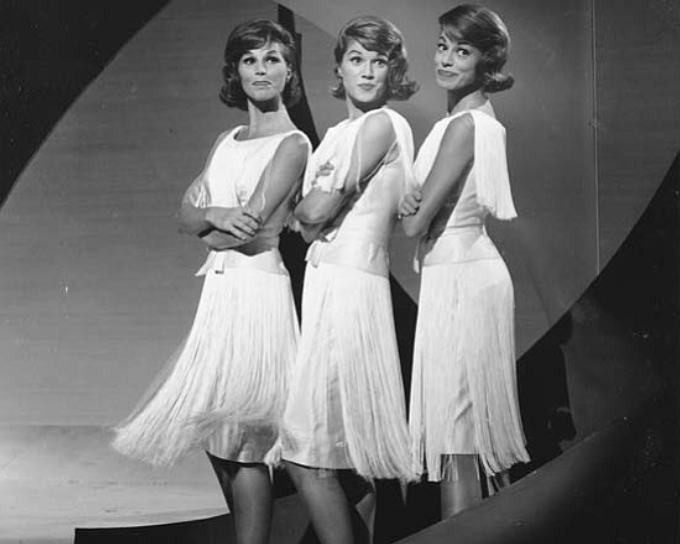 Christine, Dorothy and Phyllis McGuire had a bunch of hits in that decade until they stopped performing because of (apparently quite founded) rumors that Phyllis was seriously involved with the mobster Sam Giancana.

Anyway, getting back to music, their biggest hit was Sugartime, which might be considered an answer song to Jimmy Rodgers' song Honeycomb. It certainly references that song.

Whew, this next one brings back memories but I'm not going into details. Here are the POINTER SISTERS.

The group started out as June and Bonnie Pointer. Later Anita joined them. Later still Ruth turned them into a quartet. The group that was most successful consisted of June, Ruth and Anita. Later, after June died, Ruth's daughter Issa joined the clan.

These days Ruth's grand-daughter Sadako is in the mix. Okay, from the most famous of the various combinations is their most famous song, Slow Hand.

The KIM SISTERS were born in South Korea but made their name in America in the fifties and sixties. 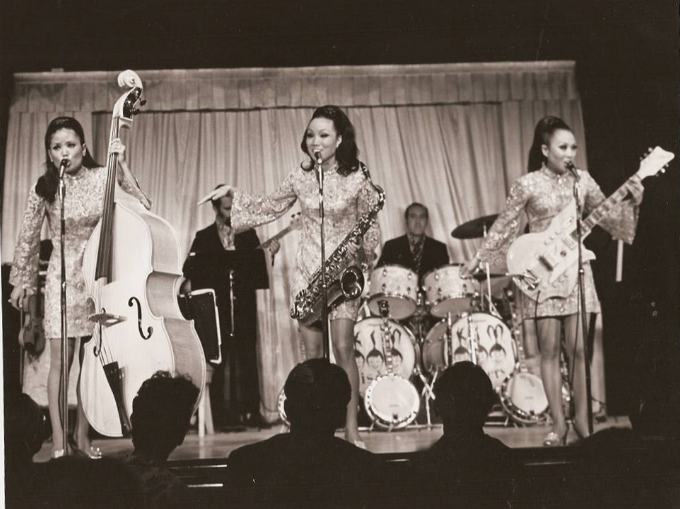 They were Sook-ja and her sister Ai-ja Kim and their cousin Minja Kim. Their parents encouraged them to learn instruments and each played several. American soldiers stationed in Korea were impressed with them and would encourage them by giving them records so they could learn the latest songs.

After arriving in America they were featured on many TV shows, most notably on Ed Sullivan's and Dean Martin's programs. They sing Going Back Together.

♫ The Kim Sisters - Going Back Together

The PARIS SISTERS started out in San Francisco and are best known for recording with Phil Spector. 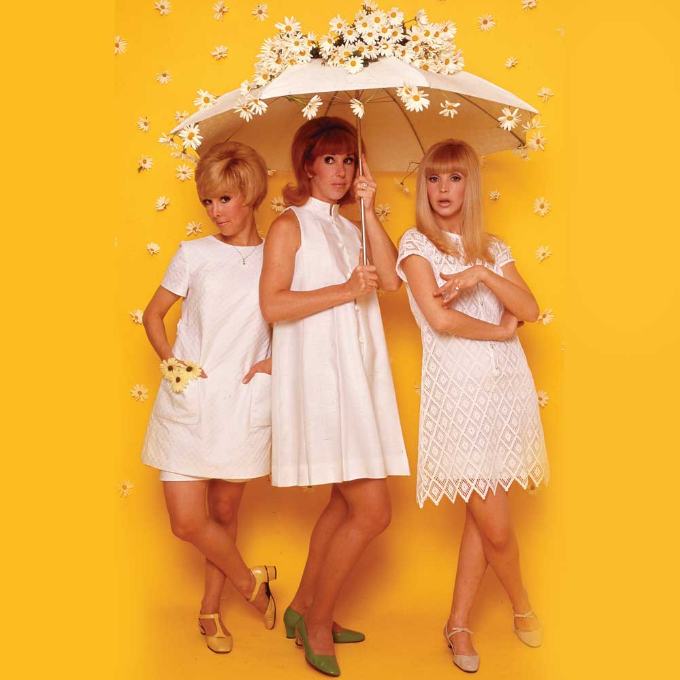 They were Albeth, Sherrell and Priscilla Paris. Priscilla, the youngest, was the lead singer in the group. They had one song that made the top five and several more that tickled the charts a bit lower down. Their big one was I Love How You Love Me.

♫ The Paris Sisters - I Love How You Love Me

Martha, Connee and Vet, known to us as THE BOSWELL SISTERS were all classically trained on piano, cello and violin. 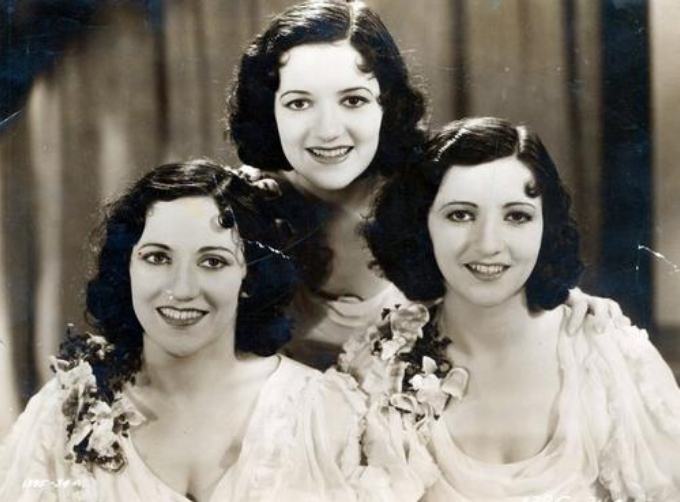 However, by that stage they were living in New Orleans and the jazz scene there won them over. It also meant they got to experience the best musicians of that style which influenced them considerably.

Although not the first, they were one of the earliest to record the now evergreen song, I'm Going To Sit Right Down And Write Myself A Letter. They also sing verses that generally aren't heard these days.

Good post, but you needed to add Ann and Nancy Wilson who performed as Heart.

And I loved the Lennen Sisters. Their harmony was lovely.

Super posting, Peter. More, more, more! Thanks for the photos as well as for the music.

Sisters on Mother's Day, so important, raised by their Mom or Grandmom's and singing songs together, I have a few sisters myself, two by birth, some married in, and some by Sorority, but the singing genes aren't included...thanks for these stories

The Lennon Sisters! I used to watch them on Lawrence Welk when I was young.

A lot of the groups I didn't know. Some I did. The Boswell Sisters reminded me of the Andrew Sisters.

Many thanks Peter. Another good selection. We're always ready to listen to the Pointers, Andrews & McGarrigles. Here in UK, in the 50s, our offering was the Beverley Sisters - but I can't recall any of their records. Janet mentions Ann & Nancy Wilson performing as Heart. Didn't know that about Nancy, although she is a great favourite in this household.

Thanks for all your comments, and I'm glad you enjoyed the column. Once again there were more artists than would fit this time.
Mary, I think you might be thinking of Nancy Wilson, the jazz singer, where Heart is a rock band.

Such a great post here. It is a great selection of artists that fit the time perfectly and the photos are brilliant. Well done!