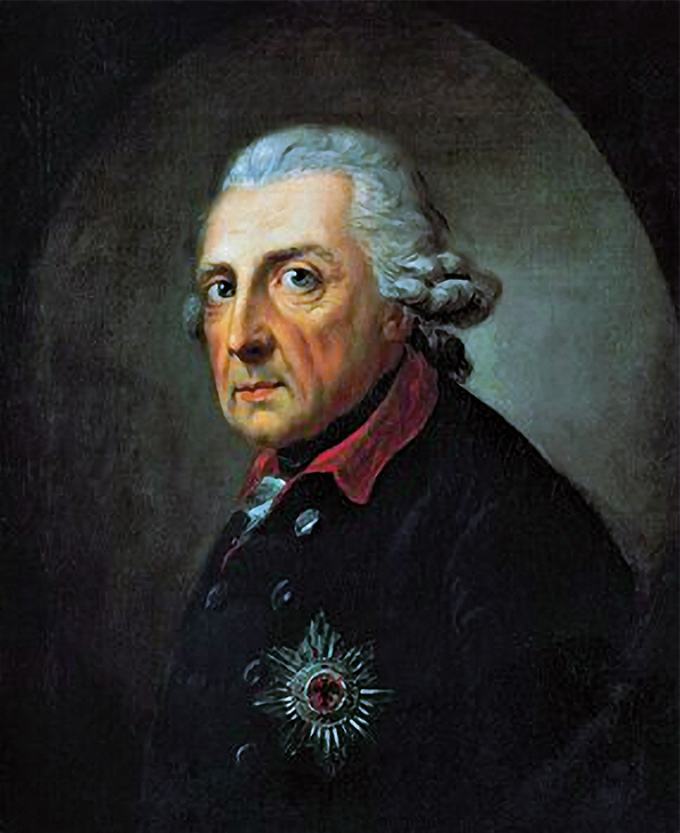 FREDERICK II was king of Prussia from 1740 to 1786, quite a long time in the king business. Since then he's been known as Frederick the Great, or Old Fritz, depending on who you're talking to.

Like most of his ilk at the time, he was involved in several wars, the most famous of which was the Seven Years' War (which lasted about nine years).

At home, though, he was rather an enlightened ruler for the time and was a patron of the arts and the Enlightenment in general. He was especially fond of music, thus his inclusion in a music column.

Apparently, he was quite a good flute player and he had many composers write works for him to play. Besides that, he dabbled in writing music himself which aren't bad at all.

So, today's column will feature some of Old Fritz's compositions as well as some from the various composers who wrote for him. Not just the works written especially for him or we'd be all fluted out.

We might as well start at the top with Fred himself, and naturally the flute is involved. In this case it's the third movement of his Flute Concerto in C major.

Fritzy wrote a musical theme and gave it to JOHANN SEBASTIAN BACH. 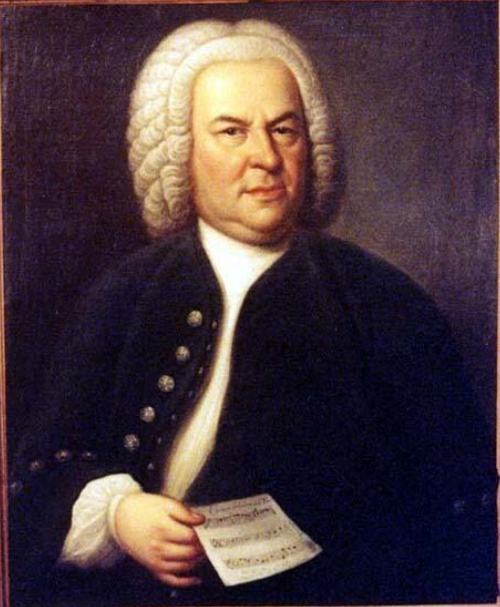 J.S. knew which side his bread was buttered on and he came up with a set of canons, fugues and other works he called The Musical Offering; it's BWV 1079 in the Bach category system.

This runs to 40 distinct movements so I might be a while checking them out to see which to include. Okay, I'm back, and I've decided on part of a trio sonata that was itself just a part of the complete work. It's the second movement of that Trio Sonata.

Working for the king must have been a good career move for the Bach family, because his second son CARL PHILIPP EMANUEL BACH did the same. 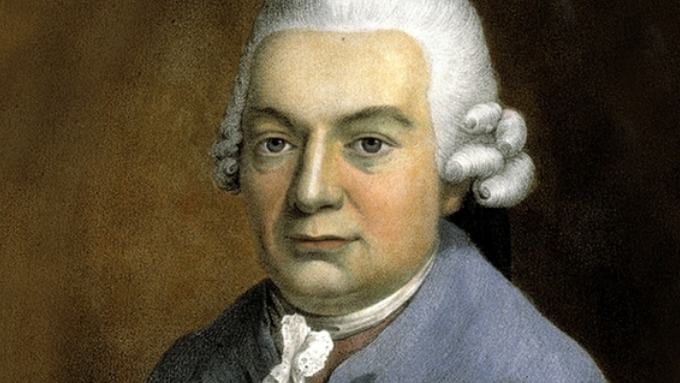 CPE is generally considered the best of the next generation (although I have a soft spot for his younger brother JC), and he had considerable influence on Mozart and Beethoven (and other lesser composers).

He wrote lots of stuff, so it was easy coming up with something that would fit in but not sound too much like what we already have. In the end, I went for one of his keyboard sonatas.

I suspect this was written with the harpsichord in mind although it might have been the forte piano, just coming into vogue around about then. The track though is played on a modern piano. It's the third movement of his Sonata in F sharp minor, H37 Wq524.

As well as the Bach family, musical talent ran in Fritzy's family too. PRINCESS WILHELMINE OF PRUSSIA was his older sister and a bit of a composer as well. 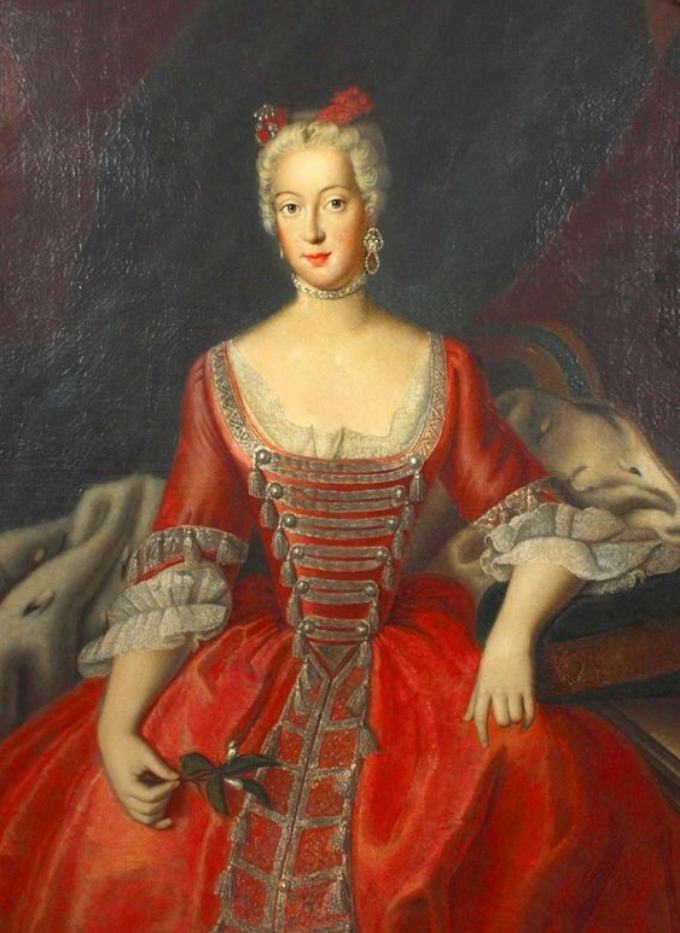 They were very close throughout their lives, probably because they had a nasty father and, in her case, a dreadful governess who used to beat her.

Willy married Frederick, Margrave of Brandenburg-Bayreuth, who was once engaged to her younger sister Sophie. Their dads made the change and didn't consult Fred about that and he was a bit miffed when he found out. Willy didn't know about it either and she was none too happy about it all.

However, they got on well together for a while until things went downhill. The pair essentially built Bayreuth and made it what it is today. That pretty much cost them all their money.

Willy played the lute and wrote an opera and some chamber music. This is the first movement of her Concerto for Harpsichord and Strings in G Minor.

♫ Wilhelmine - Concerto for Harpsichord and Strings in G Minor (1)

There's certainly a family affair going on today. The brothers Graun were attached to the court as well. Their composing styles are so similar that even today there are a number of their compositions that no one knows which of them wrote. However, we do know some. 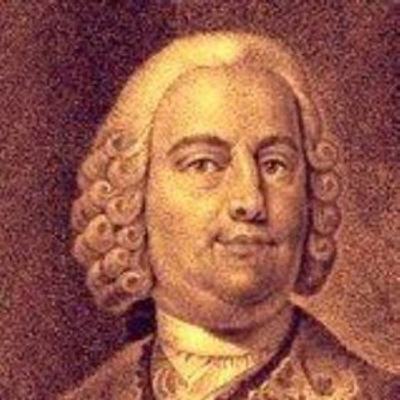 From all reports, Jo was a violinist of the first rank and he was much praised in his day for the music he wrote which included operas, many violin concertos, sonatas for various instruments and string quartets. Naturally, I'll be a bit perverse and include his Concerto in C minor for Oboe, the third movement, rather than something for the violin.

CARL HEINRICH GRAUN is younger, but only just – he was less than a year behind Jo. 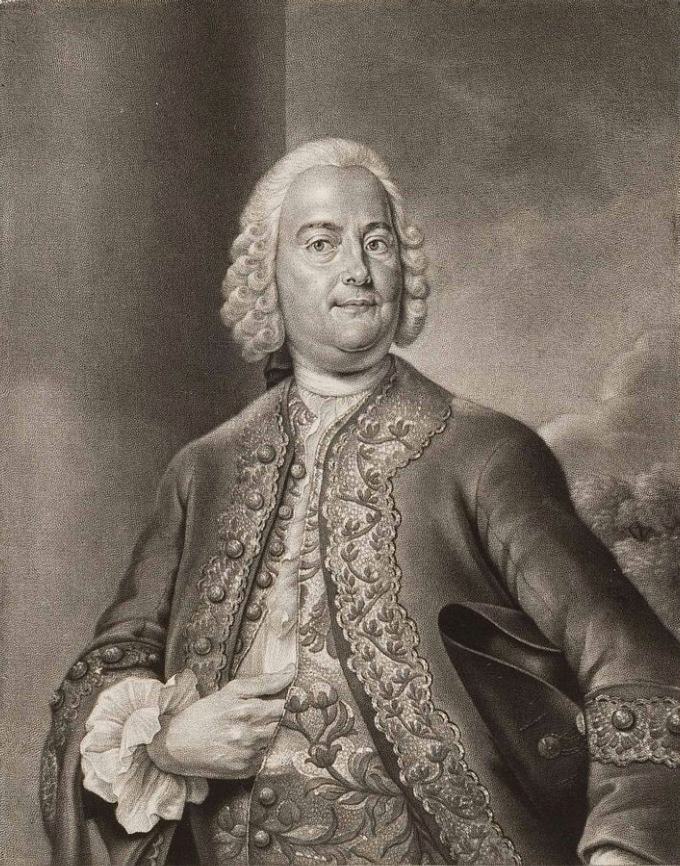 Carl started out as a singer in operas and then wrote a whole bunch of them. He was Fritzy's Kapellmeister (that is the bloke in charge of music) for 19 years until he (Carl) died.

A couple of musicians who went through his ranks were the young Joseph and Michael Haydn (again the family connection). I don't know if he learnt from them or vice versa. Probably both directions. Anyway, here is the second movement of his Sonata in F major for Flute and Oboe. Fritzy probably played the flute on this one.

Continuing with the family theme, and a couple more brothers – the Bendas. We'll start with FRANZ BENDA (or František Benda in his native Bohemia). 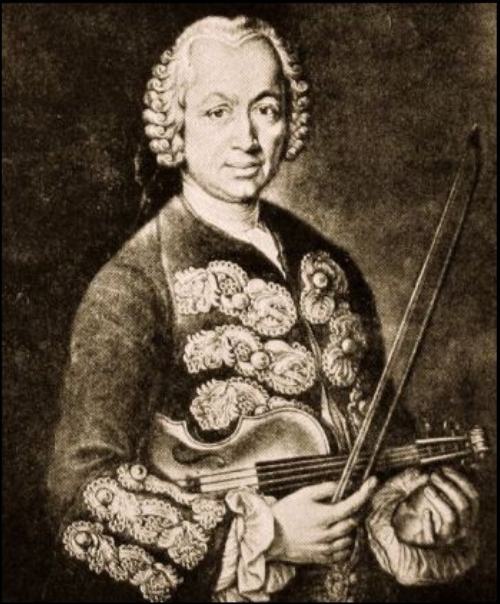 Franz began his career in a troupe of travelling musicians as a singer and violinist. He settled down after a while and eventually caught the ear of Fritzy who hired him. He remained with him for the rest of his life, and he played a hell of a lot of music in that time.

He also wrote a whole bunch as well, and he was renowned for the quality of his violin playing. Franz had a daughter and grand-daughter who were also good composers. The line continued well into the 20th century with František Benda, a composer of film scores.

However, getting back to the original František, here is the third movement of his Concerto in E flat major for Violin.

Franz's much younger brother was GEORG BENDA (or Jiří Benda). 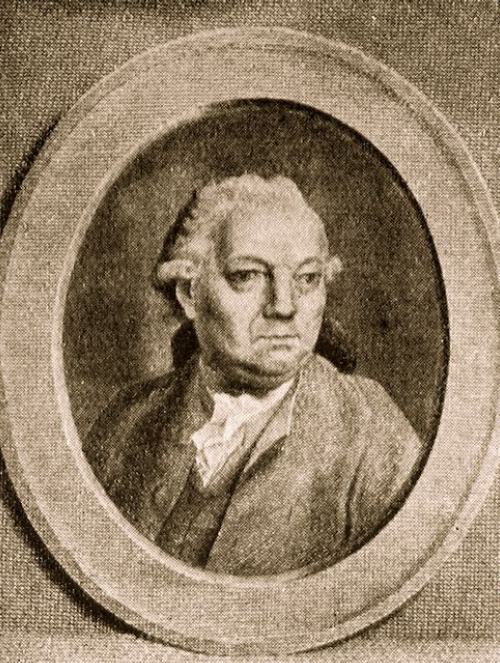 Georg was only 19 when Fritzy grabbed him to be second violinist in his orchestra. Later his brother got him to be his arranger and to write music as well.

Georg is mostly noted for his operas – Mozart took especial notice of these. We're not having one of those, however. Instead here is the first movement of his Symphony No. 7 in D Major, conducted by Christian Benda, one of his modern day descendants.

Now someone who didn't have a sibling to play with, JOHANN JOACHIM QUANTZ. 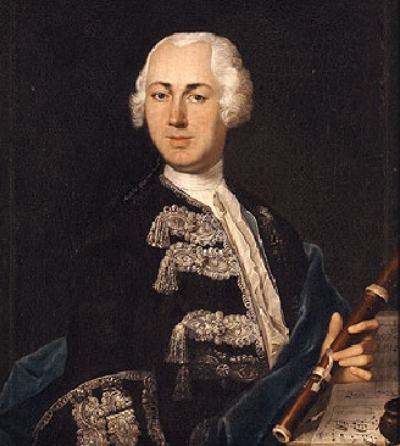 JJ's father was a blacksmith who died when JJ was just 11. On his deathbed he urged his son to continue in that trade but JJ was having none of that.

Fortunately, his uncle was a musician about town and he gave the young lad lessons. Later, he played all around Europe, doing the grand tour and caught the ear of Fritzy because he was a fine flute player. He accepted a position as flute teacher, flute maker and composer and hung around there until Fritzy died.

Again, I'm not going with flute, but a horn concerto played by the finest horn player in the last fifty years, Barry Tuckwell. This is the first movement of the Horn Concerto No. 3 in E Flat Major.

We'll end as we began, with the boss. FREDERICK wrote more than flute things as we'll see. 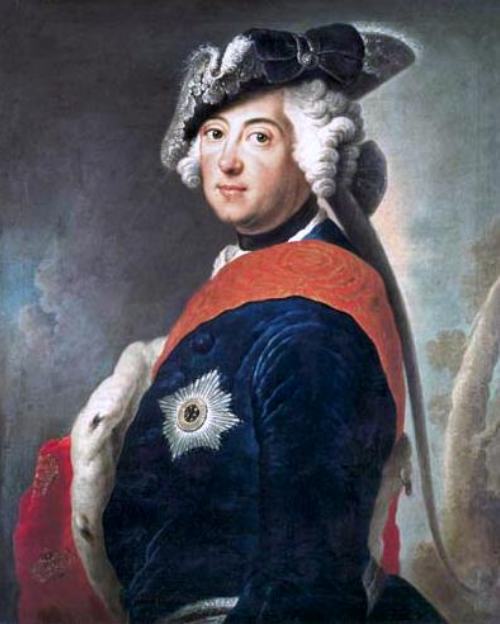 He also wrote symphonies (and other things). Here is the third movement of his Symphony in G major.

Thank you! VERY much

<3 Best wishes to you, Ronni! I just found your blog about 4 weeks ago and I have been printing off your blog for my mother (she is 73). I know, ink on paper, how quaint. But she does not do "that internet thing." Sending good vibes to you from Virginia!

Peter....Can't thank you enough for the wonderful music you introduce to us. I wouldn't know where to look for these wonderful pieces on my own and I love the narrative that goes with regarding the composers, etc.

Whenever you submit music, I pour myself a glass of wine, sit on my patio and watch the sun set while embracing every single song. Life is good.

Thank you, thank you.