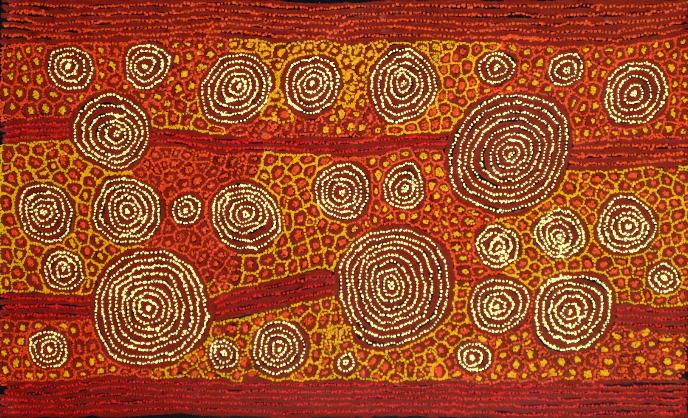 It is NAIDOC Week here in Australia. This is a week to reflect on and celebrate the history, culture and achievements of Australian Aboriginal and Torres Strait Islander people.

Naturally, as this is a music column, I will feature some musicians who fit into that category and I'll extend it to two weeks to recognise a range of artists.

Some of the musicians today and next week, as well as many others, were taken from their families by the authorities at the time and fostered out or adopted.

Many were put into institutions that were little better than jails. They have come to be known as the stolen generations. This has brought great shame on this country.

One of those is ARCHIE ROACH. 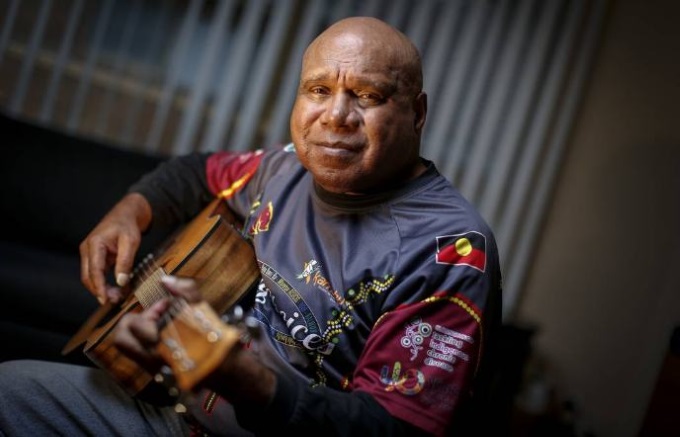 His most famous song, Took the Children Away, highlights that beautifully and graphically. Like a lot of the taken children, he found himself on the streets later on.

Fortunately for him, he had great talent at songwriting and he wrote of that experience in the song Charcoal Lane, which is about life on the streets for young indigenous people, set in Fitzroy, an inner suburb of Melbourne, but the song of Archie's is the one mentioned at the beginning of the paragraph.

♫ Archie Roach - Took the children away

When he was on those mean streets he met RUBY HUNTER. 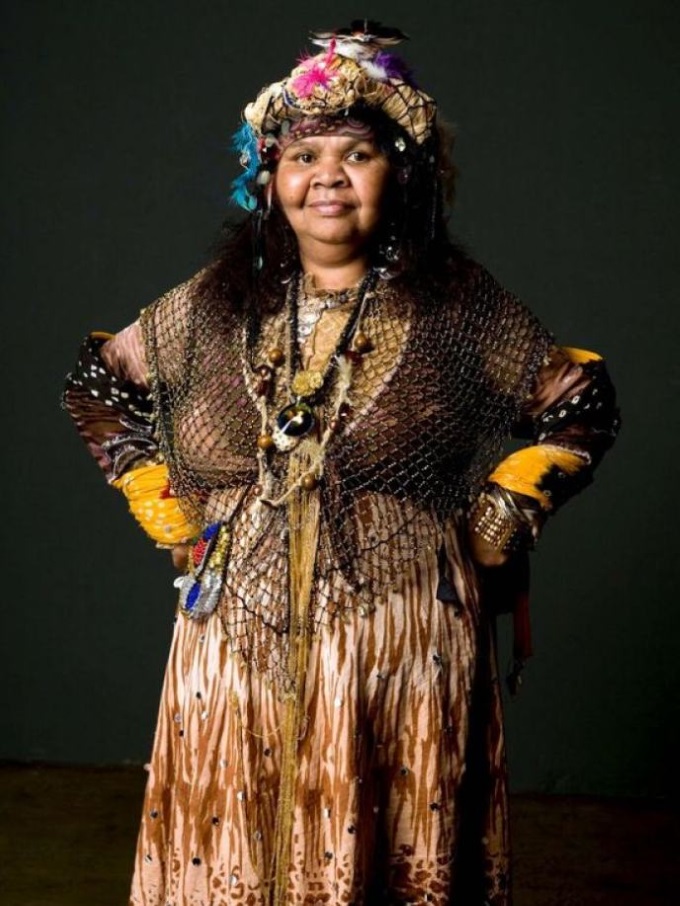 Ruby was another who was taken from her family but became Archie's life companion, wife and musical partner. She became one of the most important female singers in Australia but alas she died in 2010, at just 54 years old.

"Her sound nursed somewhere at its heart a moan, a lament, which came from a deep place, a place outside of particularities of space and time, but a singularity, nonetheless.”

GEOFFREY GURRUMUL YUNUPINGU is generally just known as Gurrumul. He has been blind since birth. He is from a musical and activist family in Arnhem Land, northern Australia. Like the great blues musician Elizabeth Cotton, he takes a right-handed guitar, turns it upside down and plays it lefty without changing the strings. This gives a distinctive sound to his playing. He has one of the most beautiful voices in the world. Here he sings and plays Wiyathul.

JESSICA MAUBOY is an actor as well as a singer. 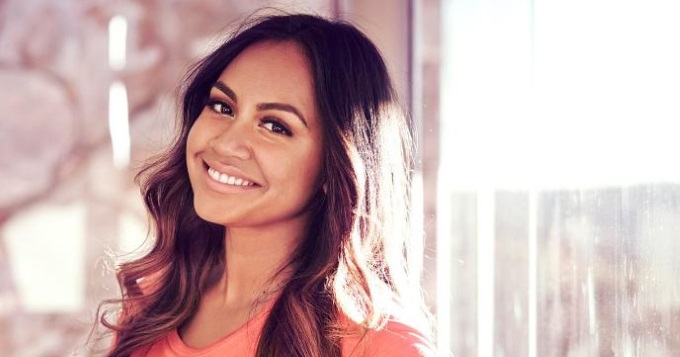 She had a lead role in the fine film The Sapphires from which this track is taken. That film was based on a true story of four indigenous singers who went to Vietnam to entertain the troops.

Jessica came to prominence when she was runner-up on Australian Idol. Nobody remembers who the winner was. Her music is more rhythm and blues than most of those today. Today's song is no exception, I Can't Help Myself (Sugar Pie, Honey Bunch), originally recorded by The Four Tops.

KUTCHA EDWARDS has made three solo albums; he was previously in a couple of bands - Watbalimba and later Blackfire. 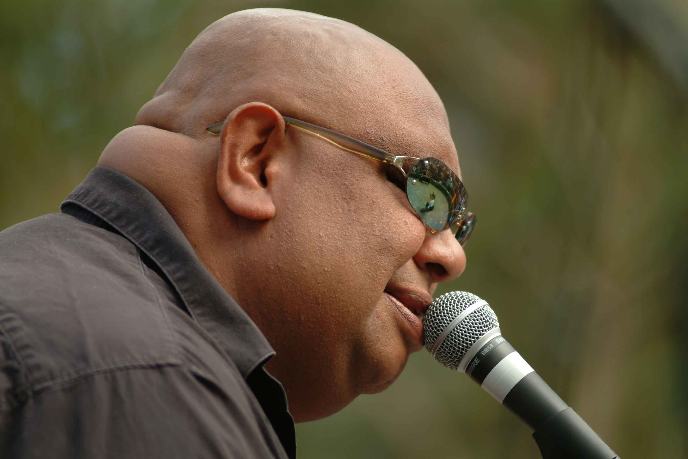 Many of the songs he writes reflect the oral tradition of the indigenous people. He was one of the Stolen Generations and he presents a unique and personal insight into that. Besides singing, Kutcha has written and performed in theatrical works as well.

From his album "Hope", we have Stand Strong.

Unlike many of the others in this series, DAN SULTAN grew up in Fitzroy, a suburb of Melbourne mentioned at the top. 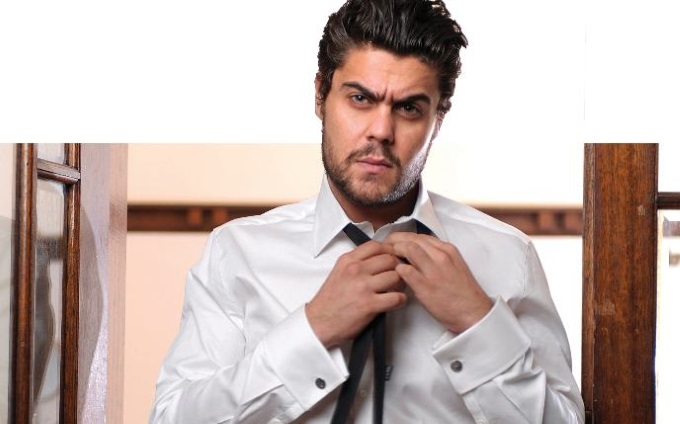 Dan performs mainly in rock bands as a singer and guitarist. He also writes most of the songs and also plays piano. But today, his song, Nyul Nyul Girl, is taken from the musical “Bran Nue Dae”, set in Western Australia. It has been made into a film that features Dan, Geoffrey Rush, Jessica Mauboy and many others.

DEBORAH CHEETHAM is a soprano, actor, composer, playwright and educator. 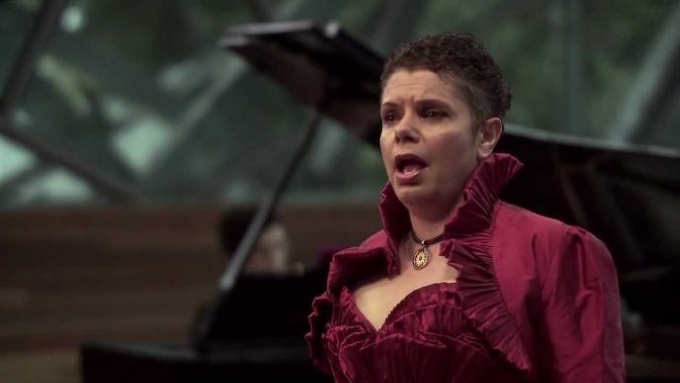 She has performed in France, Switzerland, Germany, Britain, America as well as Australia and New Zealand. She's a role model and mentor to up and coming Aboriginal and other opera singers and helped found the Short Black Opera Company with this in mind.

Broome, on the northern western coast of Australia, is one of the most culturally diverse towns in the country. It consists of indigenous people, white folks from down south, descendents of groups such as Japanese pearl divers, Chinese gold miners, Afghan cameleers, Malays and Indonesians from just over the waters.

Among the inhabitants are the PIGRAM BROTHERS. 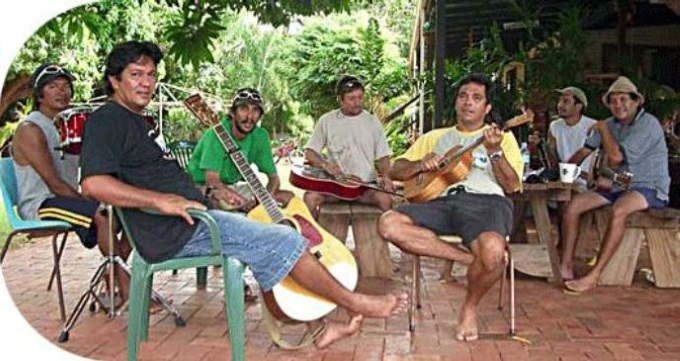 This is a family of seriously good musicians, who play a variety of instruments. Before the current group, several of the family were in the band Scrap Metal, along with others that reflected the makeup of the Broome community.

These days the brothers play together and also as separate entities writing music for plays and film soundtracks and the like. They perform Saltwater Cowboy. 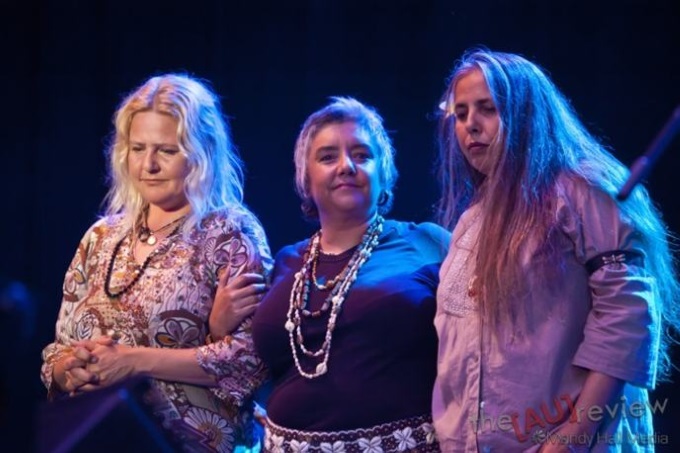 They started out as backing singers for the band Djaabi and got their big break when invited to perform at a women's artist achievement celebration. Ruby Hunter, also present, gave them their name, a Koori word for sisters. Tiddas perform Anthem.

Neil Murray wrote the song My Island Home for his friend George Rrurrambu Burarrwanga. Both were members of the WARUMPI BAND, Neil played guitar and George was the charismatic lead singer. 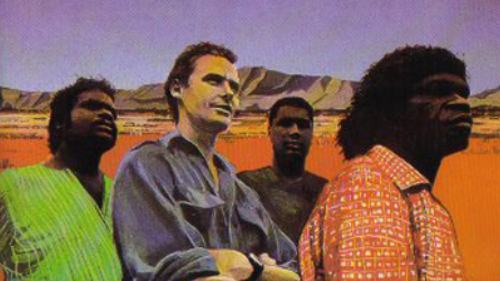 The Warumpi Band mainly toured the Northern Territory and the Kimberly area in the north west of the country, but did have successful tours of Europe and America. Neil has had a solo career since the band's demise, but unfortunately, George died of cancer in 2007.

I've always liked this video clip of the Warumpis which is why I'm including it rather than just the audio of the song.

The SALTWATER BAND was formed by men from Elcho Island, on the northern tip of the Northern Territory, east of Darwin. 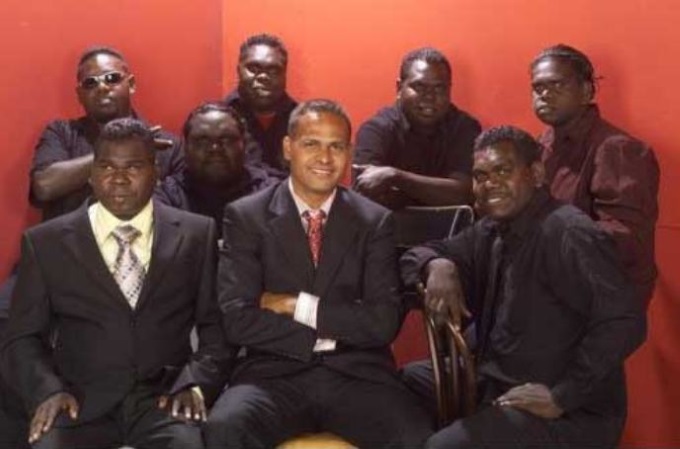 Their most famous member is Gurrumul, featured above, who was also once a member of Yothu Yindi (who will be in next week's column). Their songs are a mixture of traditional songs and reggae style pop. One of the former is Djilawurr.

I haven't even finished my first cup of coffee and I've learned something this morning! I enjoyed the information and the music selections very much. These are all new artists to me, and Dan Sultan's Nyul Nyul Girl was the first song I chose to play a second time. Thanks so much. Time to go through them again...

Wonderful post. I thoroughly enjoyed the music and am moved and enlightened by it. While listening I searched and read more online about the Stolen Generation, NAIDOC, the Yolngu and some of the performers. Still much more to discover. Why do humans have such shameful histories regarding their treatment of others? When will it end?

Thank you Peter, for this post and for the education on NAIDOC and the Stolen Generation. I'm with Annie in wondering why humans have treated so many so badly for so long, and whether we're growing out of this or are stuck with it forever.

I shared this post with my husband who has had an interest in aboriginal music for some time. He was surprised by the heavy reliance on guitar and lack of aboriginal instruments. We were unfamiliar with most of the artists featured today, but we are now on a quest to get a copy of The Sapphires DVD. My husband is a big Yothu Yindi fan, and is eagerly looking forward to next week's post. Thank you, again, for the pleasant Sunday morning entertainment.

Fabulous post this morning and artists entirely new to me. Will
search them out further. Especially like The Pigram Brothers.
Thank you.

LOVED HEARING THIS MUSIC...JUST SORRY THE PIECES ARE CUT OFF SHORT, THEN LOOP BACK TO THE BEGINNING AGAIN. THANKS FOR YOUR EFFORTS IN GETTING THEM TOGETHER AND SHARING WITH ME. I DID WATCH "THE SAPPHIRES" ON NETFLIX...GOOD MOVIE!

Joining in the chorus of grateful listeners for this morning music. Particularly for me were the Saltwater Band, Pilgrim Brothers and #1 was Geoffrey Yunupingu's vocals and clear, unique guitar sound.

When in AU in 2010, we loved the aboriginal art displayed many places (it was just becoming internationally recognized, I believe). Then we went to the Melbourne Museum and viewed the section on the Aboriginal people and culture, but particularly their endurance of barely-imaginable brutality.

Like Annie and Cathie, I wonder if the need for love that humanity possesses can be realized and strong enough to overcome the fears and greed wo/man can also possess. "When will they ever learn..." It's around 50 years that the words were in our heads daily.

Barb Rogers...
Please don't jump to the conclusion that the music difficulty is at this end. It is not. It is in your local playback settings so, of course, there is nothing that can be done about it at this end.

I've spent a bunch of energy just now checking that on two computers and my cell phone. It is not Peter's fault nor that of the host.

I'm going back to bed now.

Thanks for all your comments. And huge thanks to Ronni for getting these columns set up pre-op.

I’m no expert, but regarding the use of instruments, it is primarily an oral tradition with the use of clap-sticks and the didgeridoo. I think I managed to get some didg music into the second column.

As you can hear, they have also adapted elements from country music and reggae, and in the Torres Strait Islands there are ukuleles and Hawaiian sounds from the sailors.

The artists are all new to me as is the music. Beautiful voices all. Thank you, Peter, for another educational and enjoyable post.

This collection of artists is a musical treasure. Thanks for sharing here.

Thanks Peter for this great post - I always enjoy your selections but as an Australian this one was also really informative - I knew a few of the artists (Yunupingu always manages to reduce me to tears!) but not all - so thanks for introducing them!

Thank you Norma, for the additional information about instruments. I was struck by the country western sound, and a Hawaiian sound, too. I suppose it shouldn't have been that surprising, since country western seems to have influenced music everywhere. I recall the Beatles, when they first came on the scene, lo those many years ago, explaining the influence of country western music on their work. It is an interesting phenomenon.

I knew I would love this post and would want to listen again and again and I knew I had to set aside some time for an uninterrupted first listen. I was right.

I LOVED it all. At the beginning, as I usually do, I started a piece of paper with "notes" in order to remember to tell you this or that ... and then I started listening and I was taking notes on every single artist. This music makes me want to move to Australia! Can't believe how ignorant I have been up to now.

Will "re-listen" soon and have, in any case, made a note of all the artists so I can learn more and hear more.

For now, à la Kutcha, STAND STRONG. For Ronni and for Team Ronni!