ELDER MUSIC: A Bit of Jazz

It's time for some more jazz. It may seem to you that these performers were chosen at random. You wouldn't be too far from the truth.

I was wandering through my jazz catalogue in search of something interesting and when something struck my fancy I put it in. Actually, I had about 30 tracks so I had to go through and take some out again, see which fitted best. This is the result.

Of course, those other tracks will turn up in another column one day. Waste not, want not.

CURTIS COUNCE was a bass player who was best known for playing bebop and hard bop (whatever that is). Unfortunately he died of a heart attack when he was only 37. Before that (well, of course before that, dummy) he recorded several albums as leader of his group and a bunch more as sideman.

Here with his own group that included Jack Sheldon on trumpet, Harold Land on Sax, Carl Perkins (presumably not the rock and roll singer) on piano and Frank Butler on drums. This is a tune you'll know: Stranger In Paradise.

CHUCK WAYNE was a jazz guitarist, one of the first to play bebop. 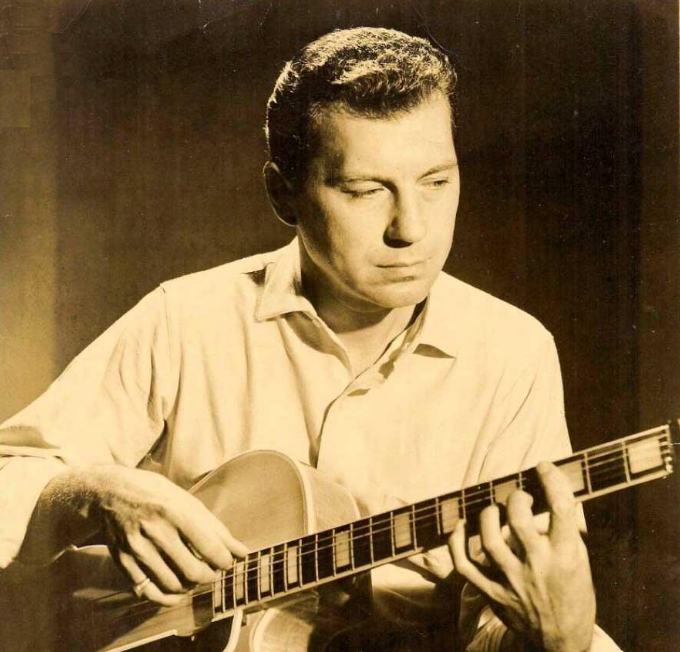 He played with and was greatly influenced by Charlie Parker and Dizzy Gillespie. His first major gig was with Woody Herman and he was the first guitarist in George Shearing's group. Later he was musical director and accompanist for Tony Bennett.

His style was a major influence on later jazz guitarists. Chuck plays Taking A Chance On Me.

♫ Chuck Wayne - Taking A Chance On Me

Bill Evans wrote the tune Waltz for Debby and it became one of his best known compositions. Later Gene Lees put words to it and today, singing those words, we have the incomparable JOHNNY HARTMAN. 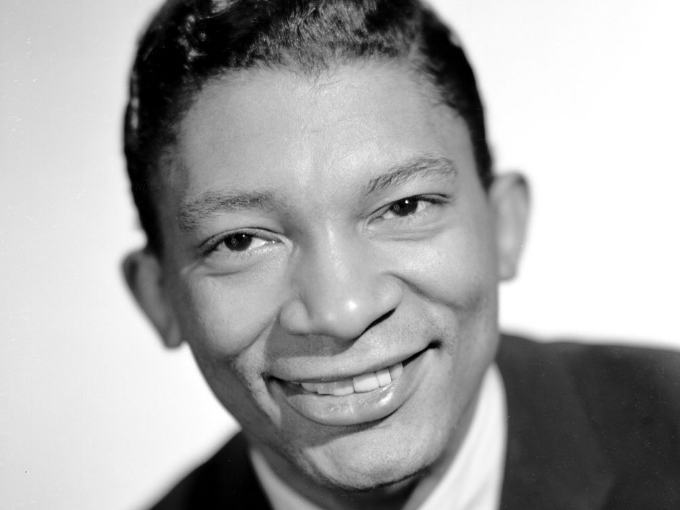 On this version Hank Jones played piano, rather than Bill, and he does an admirable job.

TEDDY CHARLES was classically trained at Juilliard as a percussionist. 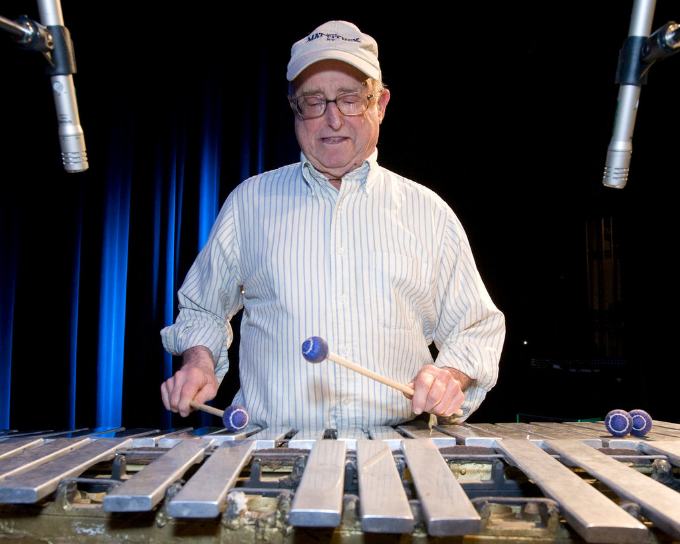 His main instrument as a jazz player was the vibraphone but he also played piano and drums. From one of his least known albums "Coolin'" we have him smacking those vibes, with the help of several others, with Reiteration.

LOU DONALDSON is yet another alto saxophone player who was influenced by Charlie Parker – well, most of them were.

Later Lou was also influenced by rhythm and blues but he still seems more bebop to my ears. Before he went in that direction he recorded an album called "Lou Takes Off" that the record company didn't like but the public and the critics for once agreed that it was a fine piece of work.

From that we have Dewey Square. Along with Lou there's Donald Byrd on trumpet, Curtis Fuller on trombone and Sonny Clark playing piano.

The MODEST JAZZ TRIO shouldn't be confused with the similarly named Modern Jazz Quartet. It seems they are so modest they don't want their photo taken. I know someone else like that. This is the only one I could find of them. 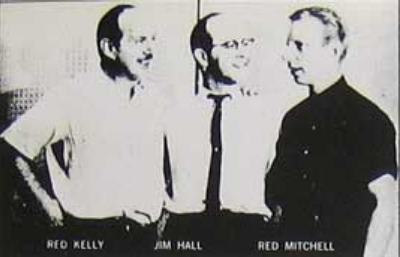 The MJT was the brainchild of the late great guitarist Jim Hall. The other two are Red Mitchell on piano (who is best known for playing the bass) and Red Kelly on bass. It's the same instrumentation as one of the greatest groups of all time, the Nat King Cole Trio but without a singer of Nat's quality.

That doesn't matter as they play really well and nobody sings, as you'll hear on I Remember You.

♫ Modest Jazz Trio - I Remember You

MAX ROACH was another classically trained percussionist, and he was the drummer you had to have if you were playing bebop in the fifties and sixties.

He played with everyone at the time – Diz, Bird, Monk, Miles, Bud and on and on. He has also led his own groups over the years. One of those recorded the album "Jazz in ¾ Time". 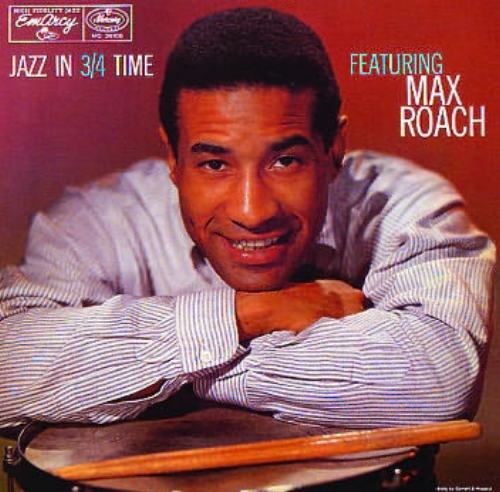 He had the great Sonny Rollins on this one playing sax and Bill Wallace tinkling the ivories. Blues Waltz. 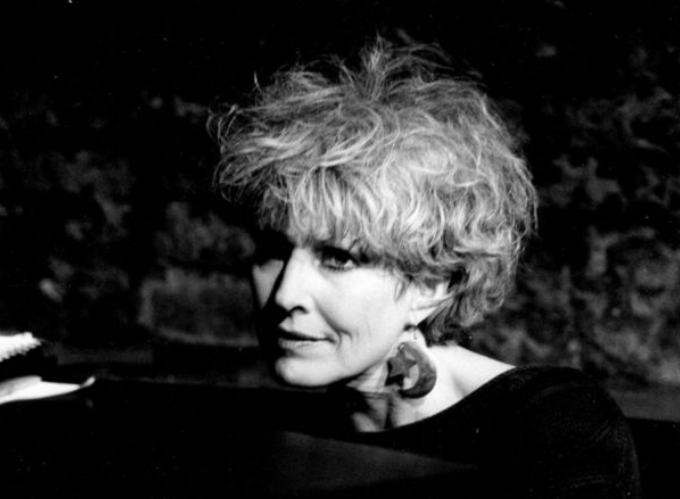 Like many others she discovered jazz and switched to that style of music. She not only plays piano, she's a pretty marvellous singer as well. Her piano playing reminds me of Bill Evans, and there's no higher praise then that.

On this track she has the help of Pete Christlieb on tenor sax. The track is The Night Has 1000 Eyes - not the Bobby Vee pop song.

He did say, however, that there should be a plaque on the bridge celebrating Sonny's music. This is because for about three years, back at the turn of the fifties into the sixties, Sonny used to practise playing his sax on the bridge rather than disturb his neighbours. Apparently there was less pedestrian traffic back then.

Before that time, Sonny recorded an album called "Way Out West" and from that we have the old tune, I'm an Old Cow Hand. 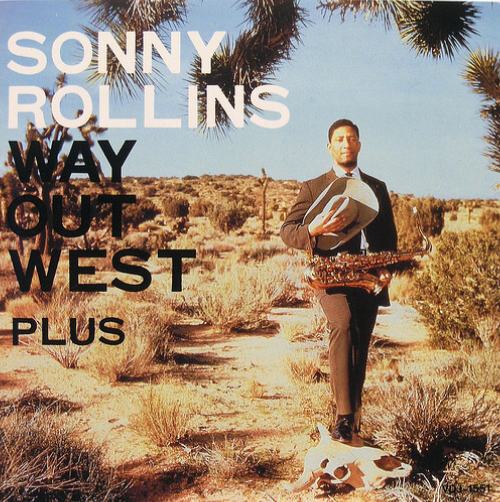 Sonny seems an unlikely cowboy, but he sure can play that saxophone. He has the help of Ray Brown on bass and Shelly Manne on drums.

Is it just me, or does ANDY BEY sound like Tony Bennett? Could do worse. 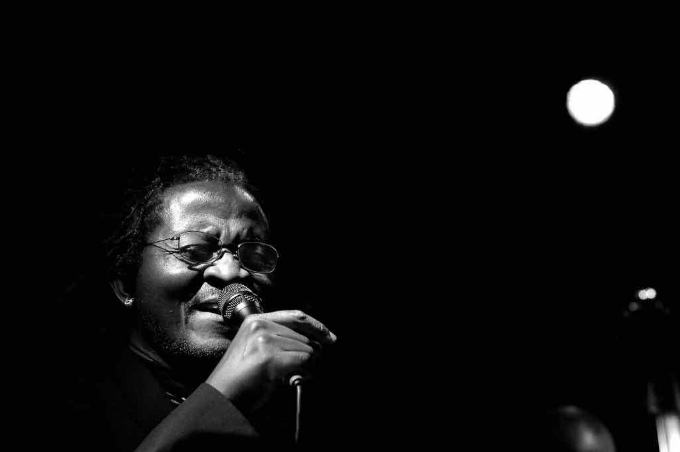 Andy started out in a trio with his two sisters. They were reasonably successful, toured Europe, performed with Chet Baker and made a couple of albums. As a solo performer, Andy has worked with Horace Silver, Stanley Clarke and (a surprise to me) Nick Drake.

He's made more than a dozen albums, including "The World According to Andy Bey" from which The Joint is Jumpin' was taken.

Of course you know that I would love today's selection of great artists. Thank you, Peter. I am really hearing music now.

Now that you mention it, Bey d0es have the same quality to his voice as Tony Bennett. But no one can deliver a song like Tony. He puts his all in every song he sings.

Enjoyed your collection of jazz artists. Always interesting group of musicians you share -- names I recognize and others quite unfamiliar to me. But then when I read names of those not known to me but who they're playing with, that gives some indication of their talents. Listening to the music confirms their skills. Incidentally, glad to read Darlene is "really hearing music now".

Jazz and its many styles appeals have always been to a unique audience which continues to be the case. Followers numbers have lessened in recent decades in the U.S., but more prominent elsewhere. Intriguingly, music today often reflects a mixture of jazz with variety of other genres for a whole new listening experience .

Love being introduced to musicians unfamiliar to me. Thanks!