EDITORIAL NOTE: After my surgery in June, I stopped publishing Interesting Stuff on Saturdays. I couldn't spend as much time playing around online for good items nor did I have the energy to write it.

I'm slowly coming back and so we have an Interesting Stuff today. I don't promise to do this every week for awhile so let's just see how it goes.

The BBC tells us that the London's iconic Big Ben clock will be shut down for repairs until 2021:

Parliamentary authorities said stopping Big Ben - the commonly used name for the Palace of Westminster's Elizabeth Tower - would protect workers carrying out the repairs. It will still sound for important events including New Year's Eve and Remembrance Sunday.”

Here's a little video about the shutdown:

If you are like crossword puzzles, you'll love this excellent profile of Will Shortz who edited The New York Times crossword puzzle for nearly a quarter of a century. He is also a lifelong collector of puzzle memorabilia:

”Mr. Shortz’s collection includes more than 25,000 puzzle books and magazines, dating to 1534, along with pamphlets, small mechanical puzzles and other ephemeral items. It overwhelms the décor of his home in Pleasantville, N.Y., where he lives and works.

“A clock in his office is — well, its face is a crossword puzzle. (The hands? Two stubby pencils.) A display case in the living room holds, among other treasures, the first crossword puzzle ever published — in a 1913 Sunday 'Fun' section of The New York World.” 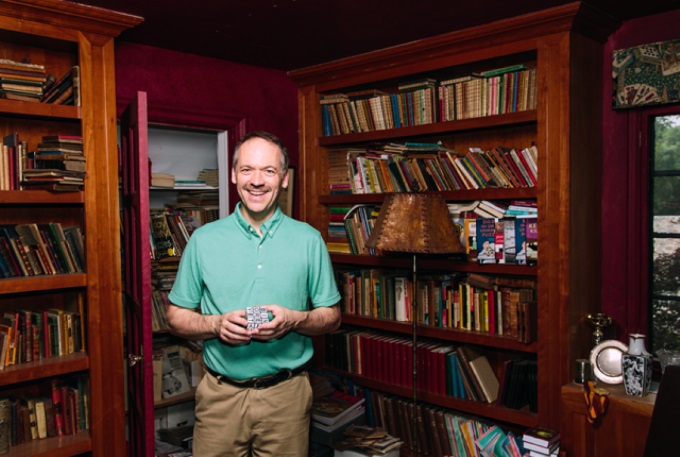 If you like puzzles, you won't be disappointed by this story at The New York Times.

Hans Nilsson has spent three years trying to spot an elusive white moose in the town of Eda, in western Sweden. Last week he got lucky and crossed paths with the ghost-colored herbivore two days in a row.

“When Nilsson saw the moose the first time, he was amazed. On the second day, he was ready.

He whipped out a camera and shot video of the moose, well, being a moose. It waded into a nearby stream. It shook off water. It nibbled on some plants.”

Bored Panda published these photos of astonishing cakes make by Atelier Soo in Seoul, Korea. Take a look at a couple of them: 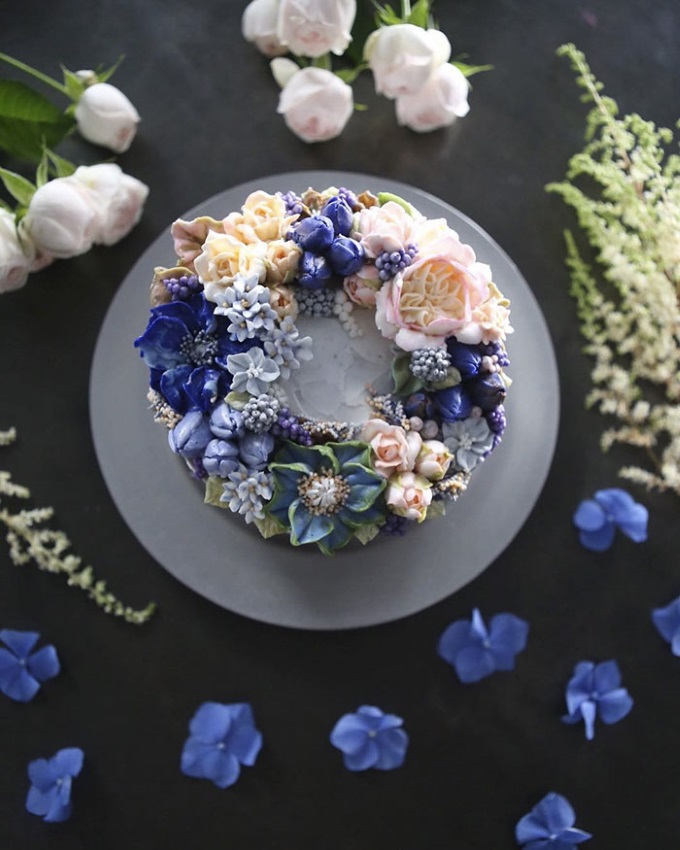 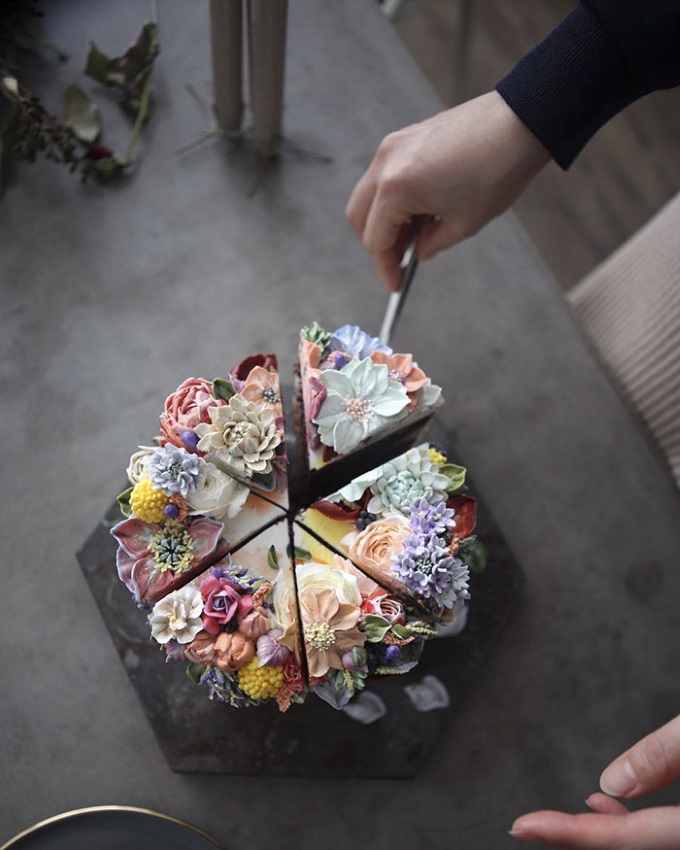 You can see many others at Bored Panda.

With his crooked nose, large overbite and humped back, Tiny Cletus Spuckler was destined to a difficult start in life. Then a couple fell in love with him. The video tells the story:

HAPPINESS OF LIVING ALONE IN 10 ILLUSTRATIONS

I've lived alone for most of my adult life – decades – and generally I'm happy that way. Bored Panda recently published ten illustrations about the joys of living alone.

The are created by Los Angeles-based painter, illustrator and occasional animator, Yaoyao Ma Van As. Here are three of them. 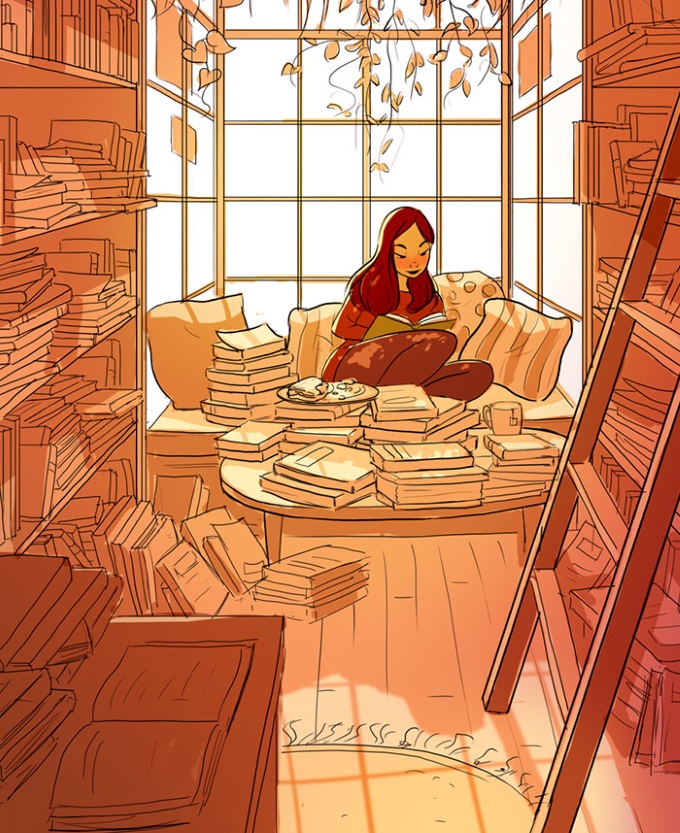 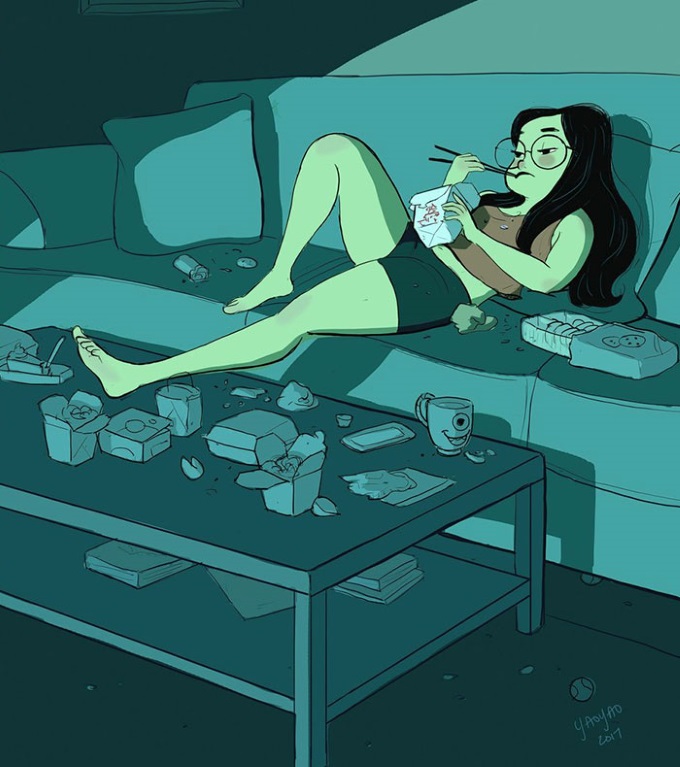 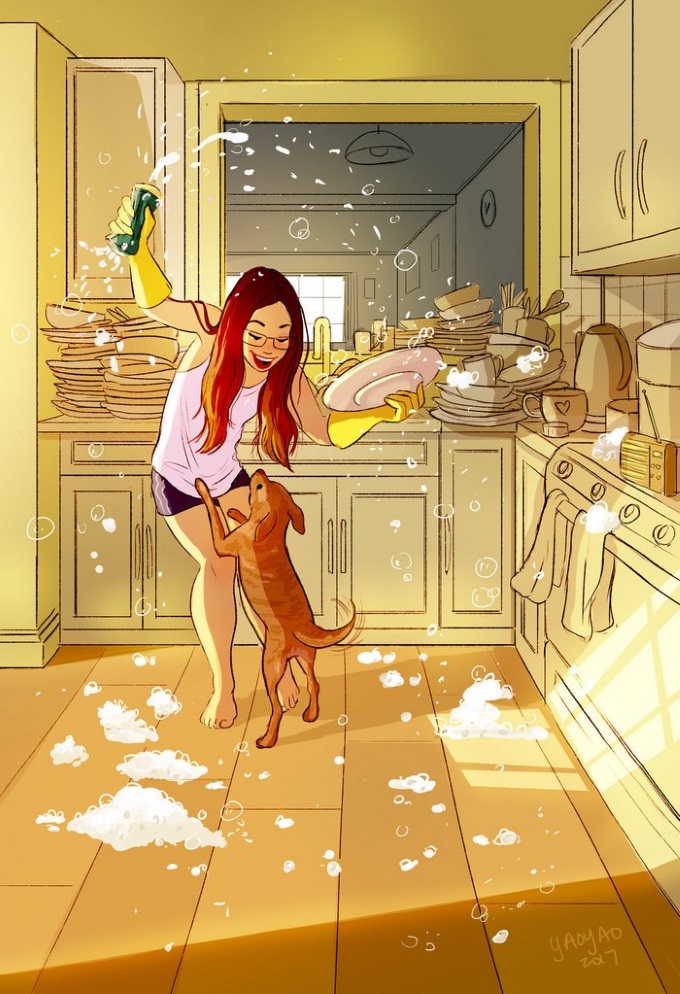 You can see the whole series of ten in order at Bored Panda.

THE BALD EAGLES OF UNALASKA, ALASKA

I've always liked bald eagles but haven't seen more than a couple of them in my life for real and therefore rely on Youtube videos. As the page explains:

"...on this Alaskan island, our national symbol is as common as a beachside seagull. You can find them everywhere—lurking above the post office, inspecting the trash, waiting patiently for the local fishing boats to return with the day’s catch, even hanging out in front of the town church. In Unalaska, Alaska, everyone has an eagle story."

PS: Who new there was a town named Unalaska.

It has been widely reported that retired Late Night host David Letterman will be returning to television before long:

”...for a limited Netflix series. Premiering in 2018, the as-yet-untitled program, which will come out as six, hour-long installments, will find the host interviewing one guest each episode, as well as comedy and 'curiosity' bits outside of the studio.

"'I feel excited and lucky to be working on this project for Netflix,' the host said in a statement. 'Here's what I have learned: If you retire to spend more time with your family, check with your family first.'"

There is more at Rolling Stone.

NUGGET THE CROW TEACHES HERSELF TO FLY

I've been reading stories lately about how smart crows and their avian relatives like ravens are. Nugget the crow, who couldn't fly, spent several months devising an exercise program and teaching herself how to do it. Take a look.

There's a lot more to know about Nugget at Atlas Obscura.

So glad to see the return of this Saturday blog item, and the return of your energy to produce it!
For those crossword fans who, like me, might be interested in more background on the history of crosswords in newspapers, this is an informative article from The Guardian titled "100 years of crosswords: the first appeared in New York on 21.12.1913."

Yay! Glad Interesting Stuff is back! I've missed it . It's a welcome sign of your steady recovery.

Eagle lovers follow the Decorah eagles on their eagle cam to watch a pair raise their family each year. Cam is off until early October, though.

Great selection of 'interesting stuff', and pleased to know it's a sign of your steady recovery.

Crosswords and Will Shortz - both favorites of mine. Thanks for all the effort you put into this compilation.

I pick up free papers just for the crossword puzzles. Often there are mistakes in those crossword constructions.

You do not find errors in Will Shortz edited puzzles. You do find complexity and delightful play on words. I hope I die before he retires.

Thank you, Ronni, for another "Interesting Stuff" episode.

I always look forward to Saturdays with you.

The white moose is unbelievably gorgeous and looks unreal.

I will be in Unalaska, also known as Dutch Harbor, next month. Thanks for the warning!

Glad to see you are feeling well enough to bring us your wonderful "interesting stuff." Thanks. Forwarded the cake and the dog stories to a couple of individuals I thought would enjoy.

Tiny Cletus is a giant love. Thanks to the rescue organization and adoring humans who adopted him. Of all the Interesting Stuff postings, I think the most interesting stuff is YOU! Determined, curious, fun, and healing.

Cletus is fortunate that he was rescued and he seems to show his appreciation by being s0 obviously happy. We could all learn a thing or two from Cletus.

The cakes are gorgeous and, like bouquets, can fortunately be saved in photographs.

A lovely surprise to find "Interesting Stuff" back and especially welcome to know you felt up to doing one for us. Thank you. We'll expect the next one when we see it, so keep up the good work of taking good care of yourself first, please.

I, too, loved Letterman's comment about checking with one's family before retiring, the images of London on a sparkling day, the white moose and Hans Nilsson's determination, the incredible art work on those cakes, the Cletus Spuckler love story, the illustrations about the pros of living alone, and both bird videos. One of your videos also had extras at the end ... and some adorable meerkat cubs!

I couldn't resist feasting my eyes on more floral cakes on "Bored Panda." How unbelievably gorgeous! Imagine the artistry as well as the craftsmanship it takes to create one of these. Sometimes I think Asians are a more evolved species than the rest of us.

I also loved the other Interesting Stuff items, especially the amazing and beautiful white moose and the happiness of living alone series. And Will Shortz is my every day hero. My day doesn't start until I've completed the NY Times crossword. Actually, I don't think my BRAIN would start if I didn't have Will's help to kickstart it. I loved the article and photos in the online Times. I think if I ever met Will in person I would fall helplessly and irrevocably in love.

So glad you felt well enough to do this FIRST since before the surgery! Congratulations, and it was a fun and interesting collection of stuff. Oooooooh, those pretty floral cakes!

How wonderful ! Thank you Ronni - these are all great and I have forwarded them to many friends. My cousin is a raptor devotee. She lives in Pittsburgh and has joined an on line group that follows a cam set up to follow an eagles nest, and they keep the local bird watching society up to date on hatchings etc. So she told me this story. The parents watched over the nest of their fledgelings like all nurturing parents. A storm came one night and the tree next to the tree with the nest toppled over, taking the nest with it.
When the parents returned they circled and circled as if continually searching, like humans for their offspring. This went on for several days. Then they found another tree and in four days ! had constructed another nest (it usually takes about two weeks).
"Birdbrains" are a misnomer. Like the story you featured on Nugget teaching herself to fly, birds are so smart and resilient. I am forwarding my cousin this piece on Nugget. Thanks so much Ronni. I also love the cakes, living alone, and the piece on Will Short. All of those got forwarded as well. You are a master of interesting stuff., but as someone else so correctly put it : you are the most interesting ! So glad you are feeling better.
best,
Lynn