This series was named initially by Norma, the Assistant Musicologist, to highlight lesser known composers who are seldom heard on radio or in concert.

JEAN-XAVIER LEFÈVRE was born in Switzerland but spent most of his life in France. 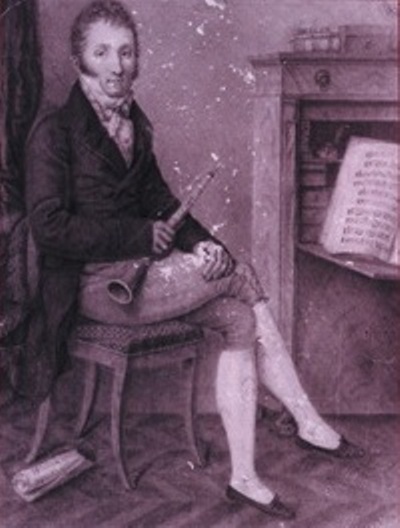 He happened to be in the National Guard when the Revolution broke out and became a conductor for the Guard's band. He later taught at the Paris Conservatoire and records suggest he was excellent at that as many of his pupils gained first prizes.

His main instrument was the clarinet and most of his surviving compositions are for that instrument. That's what I'll be featuring, the third movement of the Clarinet Sonata No. 7 in G minor.

This is a little unusual, as it doesn't have the standard piano or harpsichord as an accompanying instrument; instead it's a harp.

FRANZ XAVER SÜSSMAYR is probably best known these days as the person who completed Mozart's Requiem after Wolfie died.

He was well known in his day which is probably why he got that gig. His musical life began as a member of the choir at a monastery in Austria. When his voice broke he played violin in its orchestra. They also put on operas and young Franz was exposed to the opera composers of the day.

He later wrote quite a bit of religious music as well as secular compositions. One of those is his Divertimento No. 1 in C major. This is the first movement.

NICCOLÒ JOMMELLI was from Naples and spent much of his life in what was then called the Holy Roman Empire (which certainly wasn't holy, it wasn't Roman and not much of an empire either) and France. 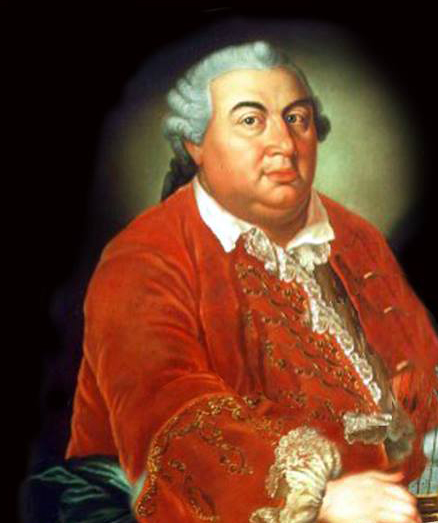 Although he wrote cantatas, oratorios and other religious works, he's mostly remembered for his operas - he wrote about sixty of them. One of those is Attilio Regolo (there are various spellings of the name) about a Roman Consul during the Roman Republic. 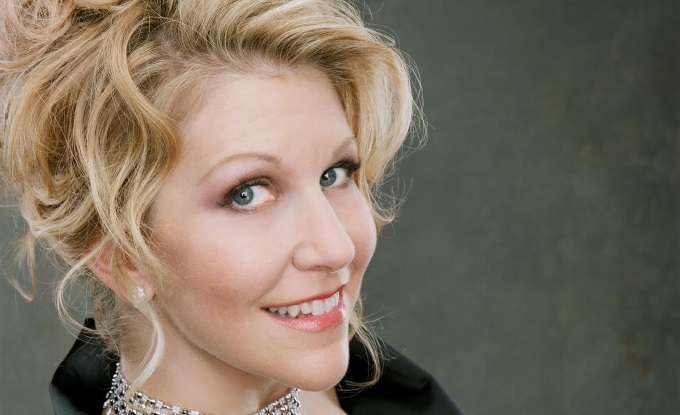 For many years, decades – a couple of centuries even – this next piece of music was attributed to J.S. Bach. Modern scholarship has shown that was actually written by CHRISTIAN PETZOLD. 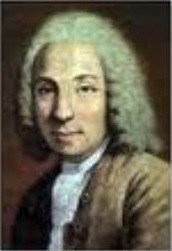 Most of you will be familiar with this, at least those who were listening to pop music during the sixties because a couple of blokes put some words to it and it was recorded by The Toys as A Lover's Concerto. The original was written for the harpsichord, but I rather like this version for violin and piano, Minuet in G Major.

WILHELM GOTTLIEB HAUFF was an organist and wrote music for the horn. He lived in the second half of the eighteenth century. 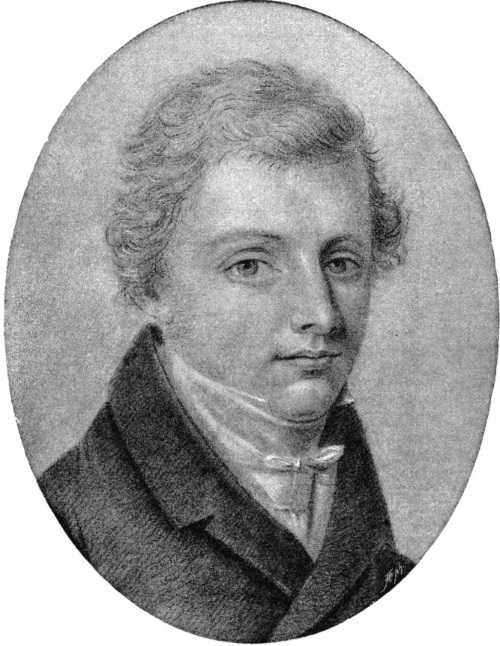 That's about the sum total of my knowledge of the man except that his father (with the same name) was also a musician. So, without further ado, let's hear the first movement of his Horn Quintet in E-flat major.

GIROLAMO CRESCENTINI was most noted during his life as a singer and singing teacher. 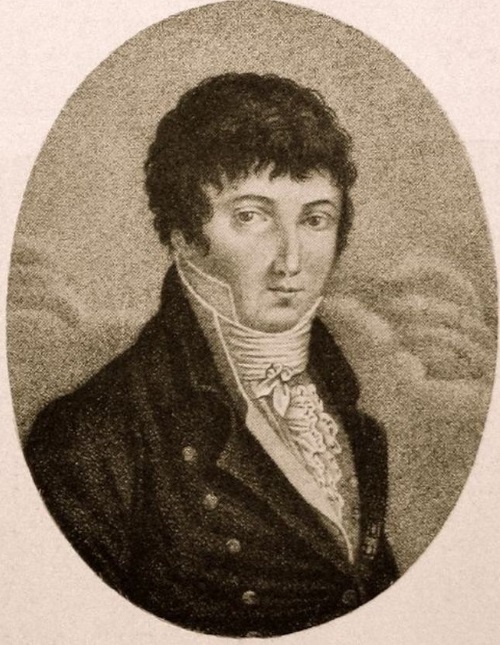 He was a castrato (Ooooo!) but that style of singing was already going out of fashion. He wrote some operas when he retired from singing that anticipate the opera style that was to come, particularly Rossini.

He also wrote short pieces, called these days, Italian Ariettas. We have one of those today called Mi lagnerò tacendo, performed by the mezzo soprano MARINA COMPARATO. 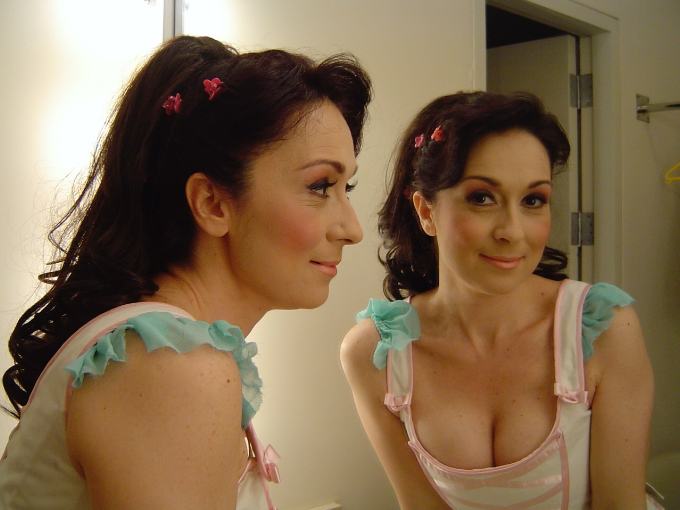 ANTONIO BARTOLOMEO BRUNI was born and died in Cuneo, which is in what's now Italy. 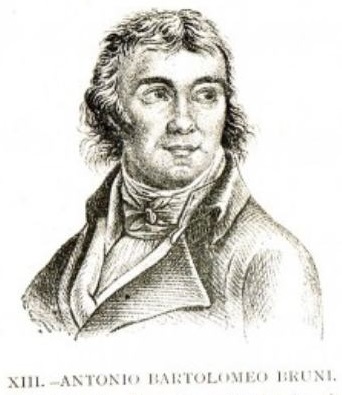 However, he spent most of his life in Paris. That covered the time of the reign of terror, so it wasn't the safest place to live. But he survived. He was a bit of an archivist and he made a list of all the musical instruments recovered from the noble houses (that included six hurdy-gurdies – I just threw that in for my own amusement).

Tony was also a bit of a composer and most of his compositions were for various small ensembles of string instruments – duos, trios, quartets and so on. An even smaller ensemble is his Viola Sonata in E-flat major, Op. 27 No. 4. This is the third movement.

These days symphonies are thought of as grand, magnificent things, and are often quite long – just think of Beethoven and Mahler. However, before Haydn set to work on them (and boy, did he work – 104 official symphonies and several more works that should be considered) they were little bitty things. The symphonies of WILLIAM BOYCE are prime examples of this. 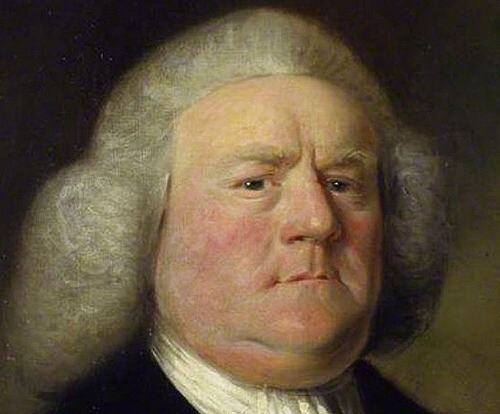 Bill was sort of a link between the Baroque period and the Classical, although he lived well into the latter era. He wrote eight symphonies and I have them all. This is quite easy as they all fit on a single CD. Here is all of Symphony No. 1.

The consensus seems to be that CARL ANDREAS GÖEPFERT was a really shy man who was reluctant to assert himself, so he missed out on several important positions. He was considered an honorable, upright and lovable person by all who knew him. 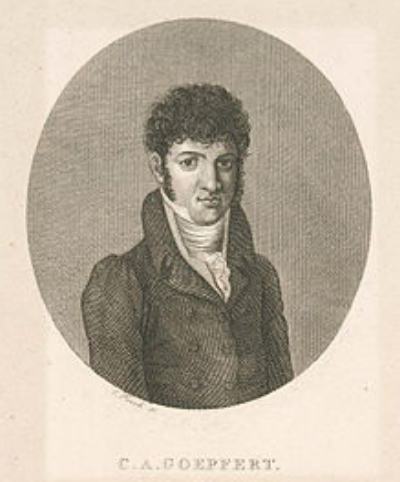 At one stage, he took lessons from Mozart who was so impressed he employed Carl to orchestrate some of his (Mozart's) compositions for various other instruments.

Carl was a virtuoso clarinet player and wrote wonderful music for that instrument. However, I'm a bit perverse and I will feature one of his compositions that doesn't employ the clarinet. It is the first movement for the Sonata for Bassoon & Guitar, Op. 13. An interesting combination of instruments.

Both Australia and New Zealand claim ALFRED HILL as one of their own. This isn't unusual except it's usually Australia claiming Kiwis rather than the other way round as in Alf's case. He was born in Melbourne and spent some of his early life in New Zealand. As an adult he switched between the two countries as he married a New Zealander. He finally settled in Sydney and played in and conducted several of the local orchestras. He was one of the musical advisers when the (Australian) ABC (TV) began.

Alf wrote music in a number of genres – more than 2000 works: 13 symphonies, eight operas, many concertos for various instruments, piano and choral works and so on. What I think is his high point is the string quartets (17 of them), some of the best of the twentieth century.

His String Quartet No. 5 in E-Flat Major was written to commemorate the victory in World War I, and is named "The Allies". This is the second movement.

An interesting collection of talent and their creative compositions. I expect these musicians had their followers in their day. I’m unable to single out any specific one as a preference since I haven’t been able to listen to all the music — will have to leave doing so to another day.

Thanks, Peter and Norma. Between you and listening to classical music whenever I'm driving has become a calming influence in these turbulent times. My other musical passion right now is listening to solo classical guitar.

You might be interested in looking up the site, Open Culture, which today's column notes Boston U. is digitizing 200,000+ vintage recordings, though I'm not sure when.