Home About Archive Contact
Happy Thanksgiving 2017, Everyone
ELDER MUSIC: Till I Waltz Again With You

BEFORE WE GET STARTED TODAY...

With the amount of time it takes to be a cancer patient, I haven't kept up with many of the websites and blogs that I used to check regularly so I am grateful to Cop Car for letting me know that elderblogger Marianna Sheffer, the proprietor of Hattie's Web blog, has stopped blogging.

Here are the two most recent posts:

November 09, 2017: Hi. I am very unwell. Hope to be able to visit your blogs when I feel better and do a real posting but struggling right now. Thinking about all of you.

November 22, 2017: This is Alice, Marianna's daughter. The cancer has progressed and is no longer treatable and Marianna is starting hospice care at home. She says she is thinking of all of you. She is comfortable at home with her family, visiting close friends and her kitty. I will keep you all updated.

Followup from Alice: Thanks everyone for your kind comments. She is able to read your comments on her smart phone. She just doesn't have the energy for typing. I know it means a lot to her to hear from all of you.

Of course, my thoughts are with Hattie (she's always been Hattie to me) and her family and if you are inclined, you can leave a note for them at Hattie's Web.

WHY WE LOVE CERTAIN BOOKS

This is one explanation of the reason certain books are important to us. I'm sure there are others but I like this too.

Last week, we had a terrific discussion about what to do with old love letters as we get older. My friend Jim Stone was moved to email me this lovely and touching excerpt from John Steinbeck's novel, The Grapes of Wrath.

This is much lengthier than I usually quote but worth it.

”Ma was just through the door, and she heard his words. Slowly her relaxed face tightened, and the lines disappeared from the taut muscular face. Her eyes sharpened and her shoulders straightened. She glanced about the stripped room. Nothing was left in it except trash.

“The mattresses which had been on the floor were gone. The bureaus were sold. On the floor lay a broken comb, an empty talcum powder can, and a few dust mice. Ma set her lantern on the floor. She reached behind one of the boxes that had served as chairs and brought out a stationery box, old and soiled and cracked at the corners.

“She sat down and opened the box. Inside were letters, clippings, photographs, a pair of earrings, a little gold signet ring, and a watch chain braided of hair and tipped with gold swivels. She touched the letters with her fingers, touched them lightly, and she smoothed a newspaper clipping on which there was an account of Tom's trial.

“For a long time she held the box, looking over it, and her fingers disturbed the letters and then lined them up again. She bit her lower lip, thinking, remembering. And at last she made up her mind.

“She picked out the ring, the watch charm, the earrings, dug under the pile and found one gold cuff link. She took a letter from an envelope and dropped the trinkets in the envelope. Then gently and tenderly she closed the box and smoothed the top carefully with her fingers. Her lips parted.

This is amazing. From 1958 to 1986, the U.S. Air Force’s 6594th Test Group and 6593rd Test Squadron operated from Hickam Air Force Base retrieving film capsules dropped from satellites.

This newly declassified video [2016] details the history of the program and its final mission in April 1986.

CHARLIE AND THE SEAL IN ANTARCTICA

Irish journalist and broadcaster Charlie Bird has a wonderful up close experience with animals and nature when he encounters some seal pups on the beach.

He met the seals while traveling through Antarctica following the route of explorer Tom Crean’s final expedition alongside Ernest Shackleton aboard the Endurance in 1914-15.

Apples have long been a hot commodity for the people of Washington state, but in recent years, many orchards have been left abandoned. As orchards are neglected, many varieties of apples are being lost to culinary culture. David Benscoter is bringing them back. 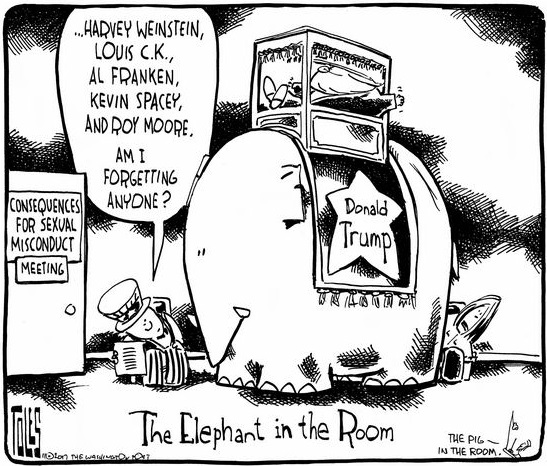 TIME MAGAZINE'S PERSON OF THE YEAR

Time magazine is asking for the “people's choice” for their annual Person of the Year. The final choice is up to the magazine's editor's but you can vote here until 3 December.

MARIJUANA LEGALIZATION BY THE NUMBERS

Here's a little video about how legalization of recreational weed is working out in Oregon, Washington state and Colorado.

Researchers have been working for decades in the Wolong National Nature Reserve and Chengdu Research Base of Giant Panda Breeding to boost the numbers of giant pandas in captivity, and to reintroduce some of them into the wild.

Since 2006, the breeding program has released seven captive-bred pandas into the wild, two of which have died. At the moment, there are an estimated 1,864 giant pandas living in the wild in China, with a bit more than 225 living in captivity.

Recently, Atlantic magazine posted a whole lot of great photos of baby pandas at the research base. So cute.

Here, researchers dressed as pandas, give one of the babies a checkup: 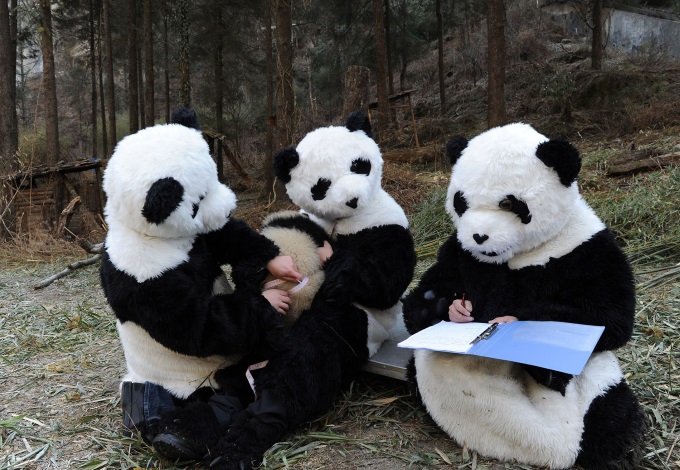 Here's one of the babies playing in the snow: 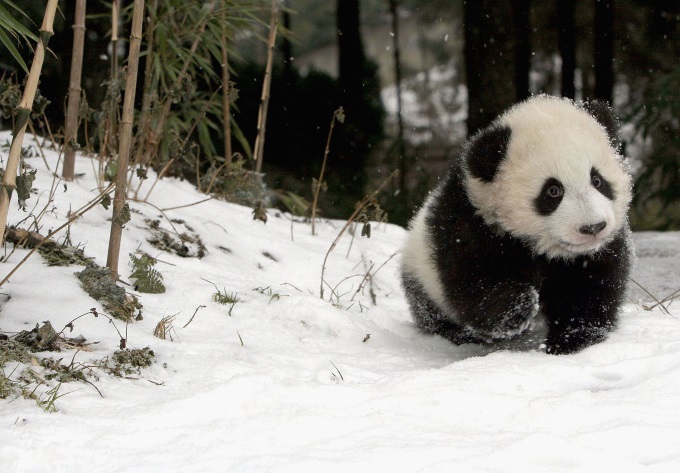 A whole passel of baby pandas as one tumbles off the platform: 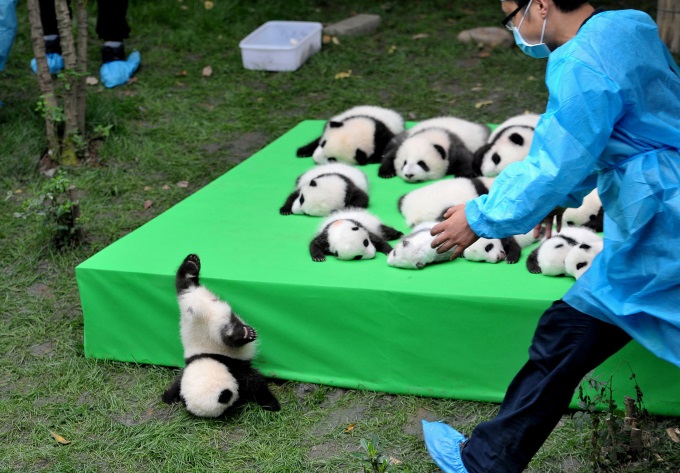 There are at least a dozen more baby panda photos at The Atlantic.

Thank you for sharing information about Hattie, Ronni. I'm sure I met her through your blog, being intrigued with blogger Hattie because I had an Aunt Hattie in my own family. From that sprang a blogging friendship.

Always liked reading Hattie's comments, sometimes feisty, other times informative, openly and proudly offering a unique perspective. I thought of her as being a strong woman.

Her love of living in Hawaii was especially warming and inviting, wanting me to experience what she shared in words. And am pretty sure she lived her life with great, passionate loves for her family, friends and critters.
------------------
Went to the panda site - cute doesn't get much better. Lots of facial exercising and deepening those smile lines.

I am so sorry to hear the bad news about Hattie. When I used to blog she was a regular contributor and I always found her comments to be unique and they often made me think.

Cancer has to be the very worst illness and has taken so many precious lives. Although I didn't know them, I offer my sincere condolences to her family.

Who doesn't love a Panda? I think it's almost impossible to overdose on them. Thanks for that offering, Ronni. And the baby Seals are equally enchanting.

I'm sad about Hattie's news. Her blog is closed to comments now as of a couple of days ago. I hope she can have peace through this. My best wishes for her and her family.

Loved the whole table of little panda photos. Fortunately for the one that fell off they look pretty well padded.

I was able to comment on Hattie's blog just now. It's not closed, but is being moderated.

I don't know why pandas are so cute, but they are. Adorable. It seems nobody is immune to their cuteness.

Enjoyed the apple story too. As many varieties as there are at my supermarket, it's hard to believe there were once even more!

I wish I had started reading Hattie's blog much sooner. I don't follow many blogs and just discovered it today thanks to Ronni's link. I'm not well-traveled or artistic at all (as Hattie is--in addition to being a talented wordsmith). However, from what I've read, we share the same views on the state of the world and the debacle visited upon the planet in the deplorable form of The Orange Apparition.

Although I missed knowing Hattie's Web through the years, which is my loss, I wish her and her family (including little Blackie) the best under the worst of circumstances.

Wonder why ALL Americans can't see the Y-U-UGE elephant in the room--maybe it needs to step on a few to get their attention (not advocating violence, of course)! Loved the Pandas.