Frank Loesser wrote songs in the usual manner of tin pan alley, but he also wrote musicals for Broadway – both music and lyrics – "Guys and Dolls" and "How to Succeed in Business Without Really Trying" are the couple that spring immediately to mind.

He managed to gather a Tony Award, a Pulitzer Prize but only managed a nomination for an Oscar. Although Frank's dad was a piano teacher, he didn't teach him as even by the age of four he could play by ear pretty much any music he heard.

After dad died Frank had to go out and earn a living in non-musical pursuits. He eventually got hired to write songs and his future was assured (with some bumps along the way).

Let's get to the music itself, starting with the "Divine One", SARAH VAUGHAN. 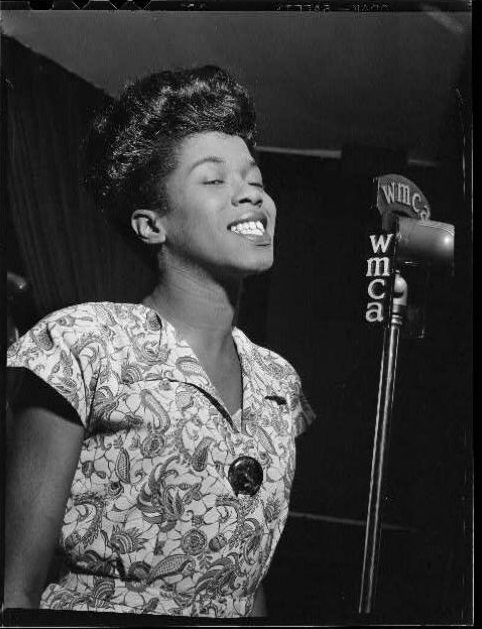 It's been said by some that Sarah could have been an opera singer if the opportunity had arisen. We'll never know. She sings a song that many others have also tackled, but few as well as she. Spring Will Be a Little Late This Year.

♫ Sarah Vaughan - Spring Will Be a Little Late This Year

Another song that many have performed – okay, I think you'll be able to say that about everything today – is Baby, It's Cold Outside. I considered a number of versions, but the one that tickled my fancy was by WILLIE NELSON and NORAH JONES. 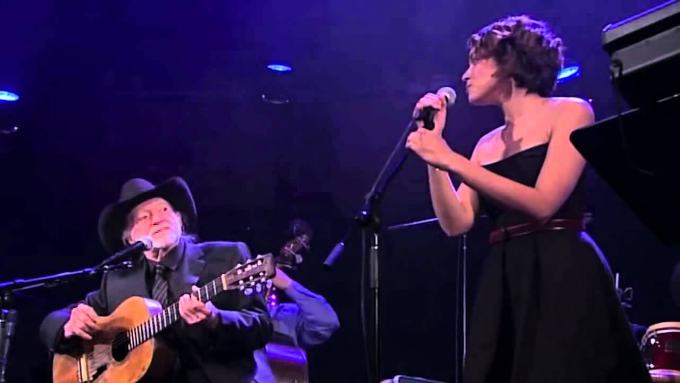 Willie and Norah are admirably suited to the laid back nature of this song.

Here is MILES DAVIS with his classic early quintet. 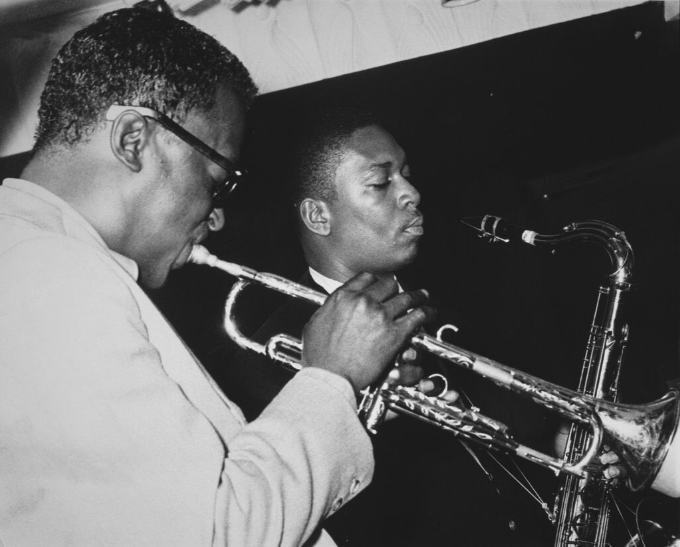 That is John Coltrane on tenor sax, Red Garland piano, Paul chamber bass and Philly Joe Jones drums. It really doesn't get any better than that. Their contribution is If I Were a Bell from the musical "Guys and Dolls".

From one of the musicals mentioned at the beginning, "How to Succeed in Business Without Really Trying", ROBERT MORSE sings to himself.

This is from the scene when he is in the loo with a bunch of others and he serenades himself in the mirror. If you get a chance to see the film it's worth it for this scene alone. Robert assures himself that I Believe in You.

♫ Robert Morse and Co - I Believe in You

We have another film tie-in, this time it's "Thanks for the Memory" – that's the name of the film. You can probably guess who the singers are, but that's not the song we're using (although it was in the film, as you can imagine).

First, for those not familiar with that particular song I'd like to say that the singers are BOB HOPE and SHIRLEY ROSS.

The song is Two Sleepy People. Frank had the help of Hoagy Carmichael for the lyrics on this one.

Another musical/film is "Guys and Dolls", already mentioned, and from that we have the song, A Bushel and a Peck. This was all over the hit parade at the time, with multiple versions.

I listened to a bunch of them (that was a bit of a trial), and the one that least offended me was by FRANKIE LAINE and JO STAFFORD. 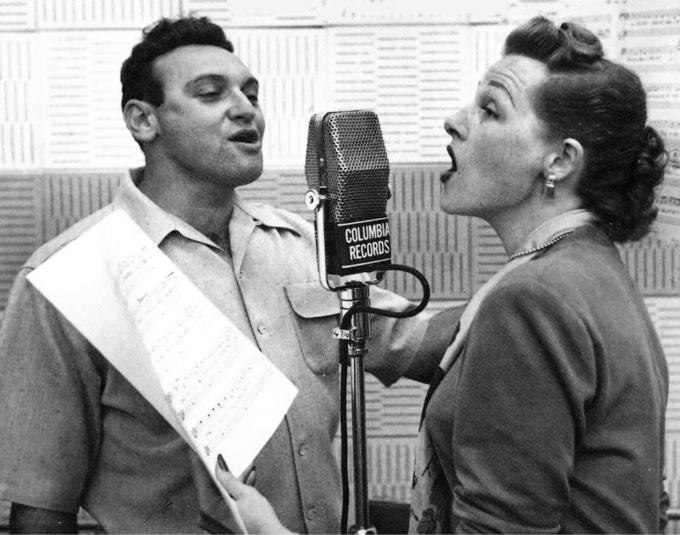 ♫ Frankie Laine & Jo Stafford - A Bushel And A Peck

"Greenwillow" is not a musical with which I'm familiar, but I'm not a big musical fan so it's not too surprising. Lesser Samuels and Frank Loesser wrote it and Frank wrote all the songs for it – about two dozen of them.

One of those is Never Will I Marry, which has been recorded by a bunch of people. I'm not going with one you're probably familiar with, instead here is ANDREA MOTIS. 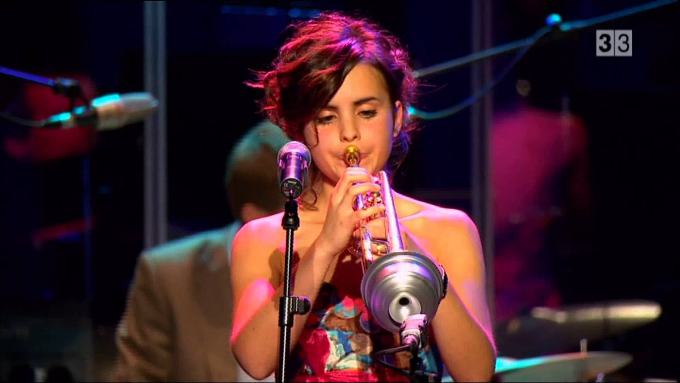 Andrea is a Spanish musician and on this track she not only sings, but plays trumpet as well.

♫ Andrea Motis - Never Will I Marry

I originally had Chet Baker pencilled in at this spot, but I heard BILLY ECKSTINE sing the song and changed my mind. It's pretty unusual for me to throw out Chet, however, I know that Norma, the Assistant Musicologist, will approve of my including Billy. 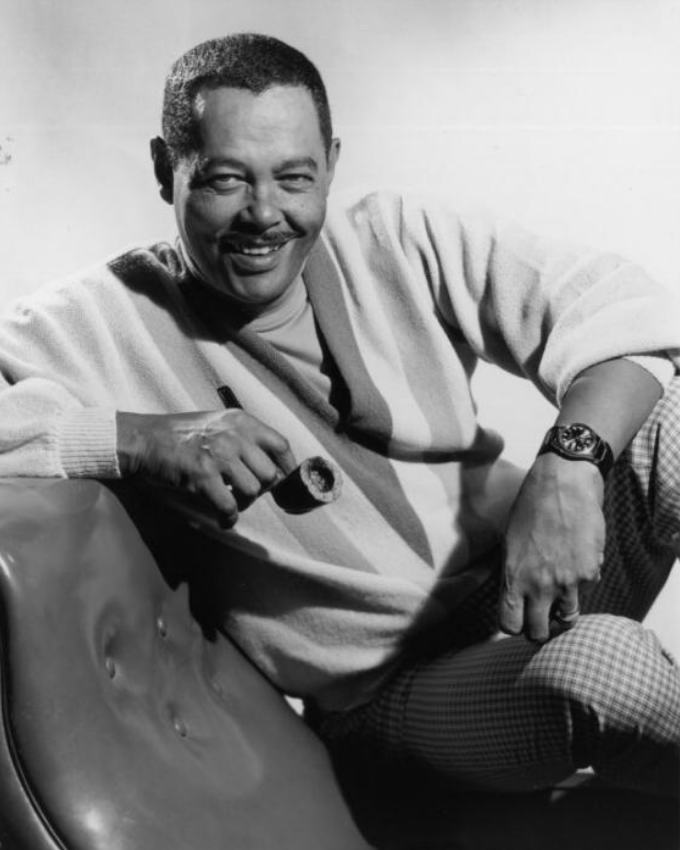 Billy really did have one of the finest voices in music. I wasn't keen on all those strings, but it was the fashion back then. Hear what he makes of I've Never Been in Love Before.

♫ Billy Eckstine - I've Never Been In Love Before

Frank's songs seem to lend themselves to jazz treatment, and the next is no different. In this case it's by BILL CHARLAP. 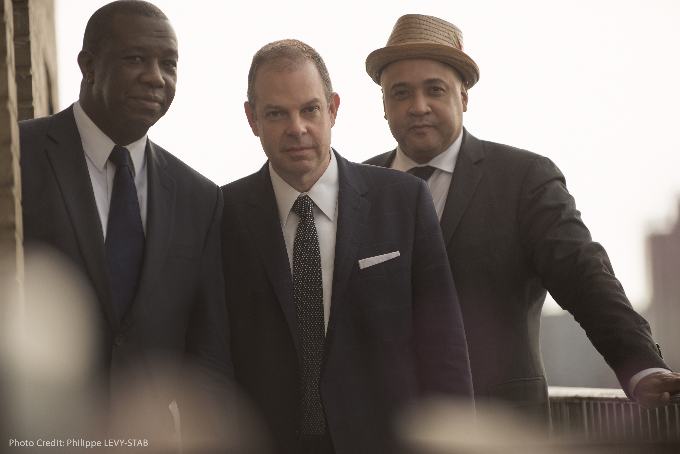 Bill came from a musical family, his mum sang on Perry Como's TV program and dad was a Broadway composer. Bill plays piano and has his trio along to perform On a Slow Boat to China.

♫ Bill Charlap - On A Slow Boat To China

This is the sort of material that's really suited to MEL TORMÉ, so of course, he gets into the act as well. 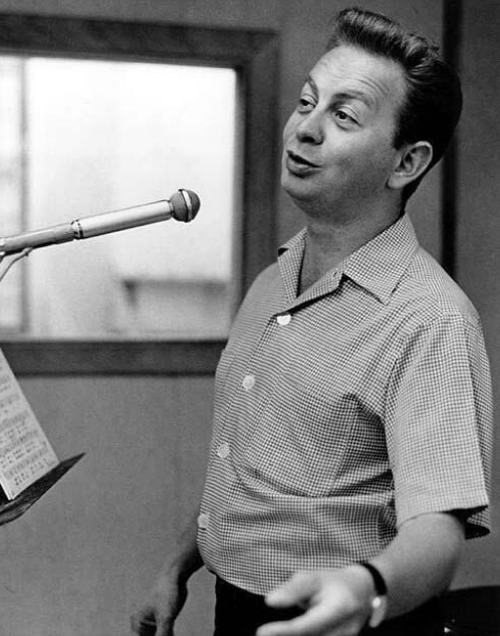 Mel's version of Once in Love with Amy is pretty well known, but it's always good to hear it again.

♫ Mel Tormé - Once In Love With Amy

Once in love with Amy, always liked that one. along with a bushel and a peck. :-)

Interesting choice of artists to showcase these tunes — some really excellent talents. Something for many. Charlap’s piano finger-work in what I discovered was a never-ending tune seemed to have had a bit of augmentation, or the recording stuck, doomed to repeat forever as in the days of yore. Broadway musicals, especially, need the fullness of sound from a full orchestra for my taste — likewise strings add a dimension all their own. I’m more than a little tired of the over-emphasis on singers and their guitars for too many years now, but to each his own.

Unlike you, Peter, I love musicals. I'm not such a huge fan of jazz - a little goes a long way for me. On the other hand, Derek here, is big on jazz ... so another thoroughly enjoyable Sunday evening: enjoying cooking & eating & drinking along to a great selection. Thank you, and Norma.