Reader Kathleen Noble send this music video from New Zealand about members of the Kiwi Coffin Club who “cope with death and loss while bringing some fun and personality to their own final journey” says YouTube.

In the early 1970s, I had a weekend home in the Catskill Mountains about a three-hour drive from Manhattan.

Through those years, I was awed every week, looking at the sky when we arrived each Friday night. More stars than any city dweller can imagine and I don't think I've seen that natural array since then.

Now it has been announced that Idaho is now home to the first Dark Sky Reserve in the United States. 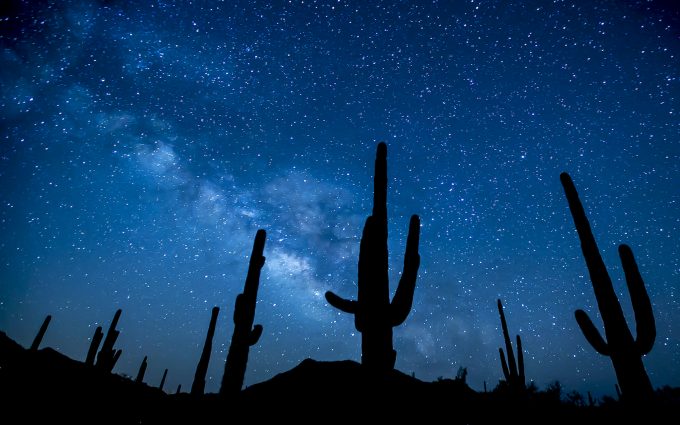 ”The International Dark Sky Association, an Arizona-based nonprofit that advocates against light pollution, designated an area covering more than 1,400 square miles as the Central Idaho Dark Sky Reserve on Monday.

“The reserve includes the Sawtooth Range and other wilderness areas that offer brilliant views of the night sky.”

You can read more at Huffington Post and at Awol.

Rob Bliss produced this video about helping others and includes this introductory note on the YouTube page.

”Note: this video is NOT SPONSORED OR AFFILIATED WITH AMAZON. I'm sure this technique could be used with Postmates or whoever else too. I simply wanted to demonstrate how easy and convenient it can be to bring a person in need, what they need, and to encourage that behavior.”

As you know, earlier this month the U.S. Federal Communications Commission (FCC) killed net neutrality, the law that gave everyone, large corporations and little tiny blogs like this one, equal access to the internet.

Some advocacy groups are fighting back but it will be a tough uphill battle that may seep into the midterm elections next year.

So while the Trump administration is working to limit citizens rights, the United Kingdom has just enacted a law, The Digital Economy Act, that by the year 2020 will make high-speed internet a human right in the country.

”Culture Secretary Karen Bradley said: 'We know how important broadband is to homes and businesses and we want everyone to benefit from a fast and reliable connection...[and] have decided that only a regulatory approach will make high speed broadband a reality for everyone in the UK, regardless of where they live or work', reports Engadget.”

“The government will now begin setting out what the Universal Service Obligation (USO) must include. It's expected that legislation will be passed in early 2018 and that it will take roughly two years to formally introduce the minimum expected speeds...”

Other countries are making strides, small and large, while the U.S. seems to be in retrograde.

”The village of Kamikatsu in Japan has taken their commitment to sustainability to a new level,” reports the YouTube page.

“While the rest of the country has a recycling rate of around 20 percent, Kamikatsu surpasses its neighbors with a staggering 80 percent. After becoming aware of the dangers of carbon monoxide associated with burning garbage, the town instated the Zero Waste Declaration with the goal of being completely waste-free by 2020.”

Of course it is a very small town, hard to apply the same principles to big cities, nevertheless it is impressive what they have accomplished for themselves and as an guide to other towns' waste futures.

When I got married in 1965, I was not allowed to have a credit card in my name. It was in my husband's name.

Fortunately, that had changed by the time we divorced in 1971, but it's taken a long time for women to gain parity in some of the simplest things. Some examples:

You can see the rest of the prohibitions against women at Mental Floss.

I could do without the treacly music but it's fun to recall what part of the local landscape looked like when I was a kid:

WHY IS IT SO HARD TO CURE CANCER?

Okay, this is your serious study video for the day. It does an excellent job of explaining how cancer works – or actually, what we understand at this point about how cancer works.

Forty percent of Americans will be diagnosed with cancer in their lifetime – everyone is touched by it personally so it's good to know a little about how this still-dread disease works.

The book that is promoted at the end. The Emperor of All Maladies from Siddhartha Mukerjee which won the Pulitzer Prize in 2011, is a stunning achievement. Worth the read if you are interested in such things.

They tiny little puppies doing what puppies do – this time at Christmas – until they tire out and fall asleep.

You were lucky, Ronni, to have been living/divorcing (in 1971) in a State that was ahead of its time. I had to threaten a law suit (under the Equal Credit Opportunity Act that was passed in 1974) to get a credit card in my own name in 1976, in Kansas.

The cancer TED talk was depressing until the end and I am glad it ended on a hopeful note.

When I watched the video of the old gas stations and saw the one of the woman pumping her own gas I could date it by the length of her skirt. It must have been in the late 1940's because I was married in 1948 and that was the skirt length then. Our skirts were above the knees when I was a teenager because there was a war on and we had to save everything, including fabric.

There is a photo of the Idaho skies in the video that is stunning, but the one above is obviously an Arizona sky. Probably taken West of Tucson where the Observatory is located.

I doubt that anybody could get angry at the destruction of the presents by those adorable puppies. They are cuteness overload for sure.

If you think the night sky was amazing in the Catskills, imagine what it is out here in the much higher Rockies. Absolutely awe-inspiring. Flatlanders have no idea. I'm thrilled that someone is thinking about preserving Dark Skies. Like our parks and wildlife preserves, it's important to save these spaces for our descendents to enjoy. Of course, these days such lands all seem to be for sale to the energy companies ...

Every time the UK does something sensible and logical, like preserving net neutrality for everyone, I try to convince myself that US foolishness is just a function of our youth as a nation. In recent years, I've not been very successful.

I thought the same, Darlene, except my endless starry sky was seen from Flagstaff. I've never forgotten the expansive and inclusive feelings experienced that night.

Another very interesting stuff post, Ronni. I was especially impressed with the Coffin Club for it's cheeky defiance of death and with the Amazon Prime Now piece. What a marvelous idea.

Happy Holidays, Ronni, and to all who contribute here with such insight and care.

Wow, it would be worth walking around with an i-phone if there were homeless people sitting in my nearby small town. Maybe move back to N.Y? Ah, but no starry skies in the Big Apple.

Happy, Merry, Joyful Winter Holidays to Ronni, and all her wonderful readers.

Great posts Ronni especially the new use for Amazon Prime and the Dark Sky Reserve piece. Hope your holiday is very good.

While I couldn't hear every word in the coffin piece I found it delightful. I wonder how long the Dark Sky in that part will last with those in control of all that we held dear in National Parks.

The coffins production is a brilliant idea and the video was so much fun! They're right -- these traditional costs are far too high and BORING!

The dark skies where you can actually see the stars are awesome, especially at this time of year.

And those garages were so full of charm and mystique! They added so much to cross country trips. Nothing like them around today.

Thank you for all of the entertainment and enlightenment again this weekend, Ronni. Merry Christmas, Happy Hannukah, a Joyful Festivus or what ever other holiday greetings may be appropriate to all here!