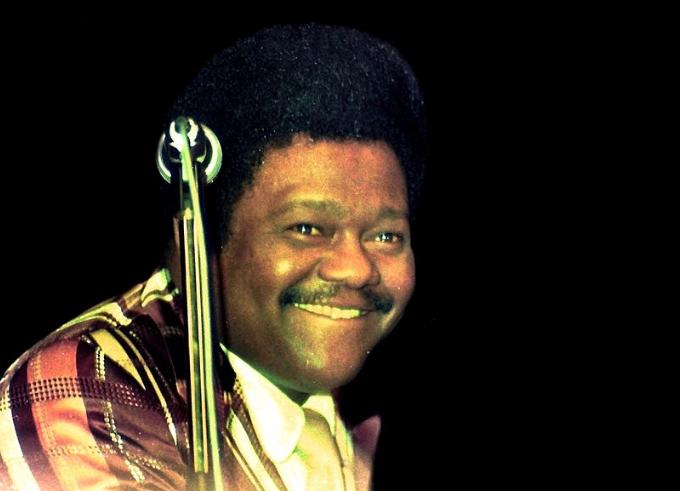 The world was a better place, a brighter place, a more civilized place when Antoine FATS DOMINO was among us. Alas, we are now diminished.

Fats was one of the many New Orleans piano players and he started recording in the forties. His music, if it had a label besides "New Orleans Music", was rhythm and blues. He continued in that style and it became known as rock and roll.

Indeed, it's often suggested that his 1949 record The Fat Man was the first rock and roll record. Well, there are several contenders for that title, but Fats is certainly a serious option. He had hits right through the fifties and sixties and continued playing into this century.

I thought that the most appropriate song I could choose from Fats is Ain't That a Shame. It really is a shame that he's no longer with us. (He was 89)

♫ Fats Domino - Ain't That A Shame

GÉORI BOUÉ was a French soprano who sang the normal repertoire, and also appeared in films. (99)

JOHNNY DICK was an Australia rock drummer for Billy Thorpe and the Aztecs, The Wild Cherries and other bands. (73) 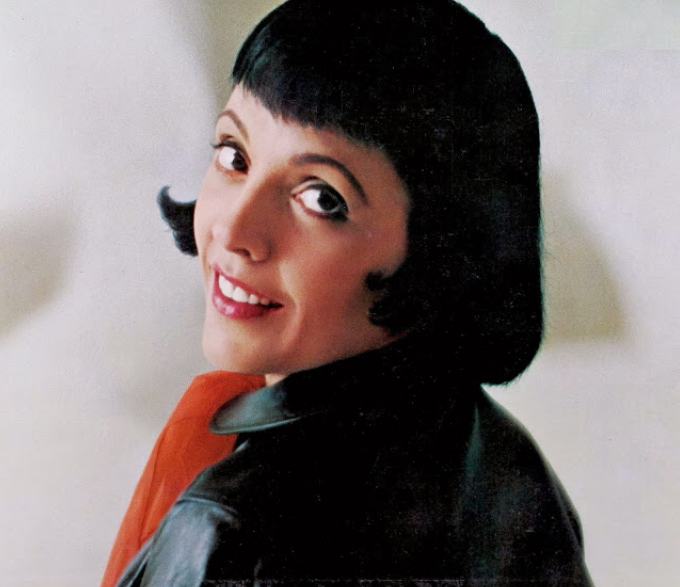 KEELY SMITH first came to general notice partnering Louis Prima. They had a number of hits, most especially That Old Black Magic, which was a world wide smash.

Keely and Louis married and later divorced. Keely then had a successful solo career and she was well respected by other performers of all stripes. Keely sings Little Girl Blue. (85)

MARIO MAGLIERI was the owner of Hollywood clubs Whisky a Go Go and Rainbow Bar & Grill where many bands and musicians from the sixties to the present made their debut. (93) 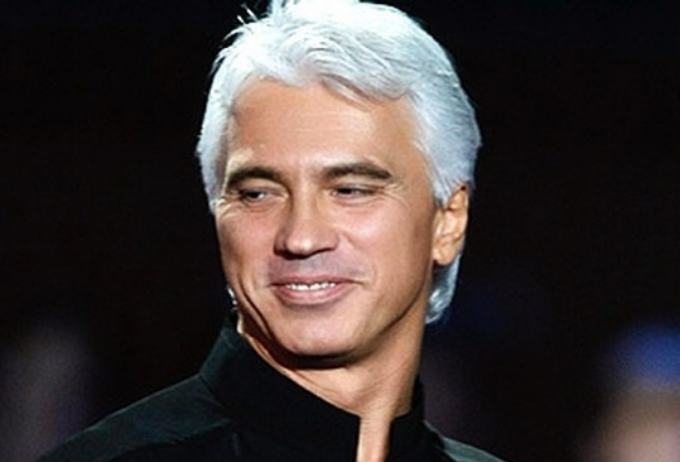 DMITRI HVOROSTOVSKY was the rock star of the opera world. He was born in Siberia, and when he was young he was a bit of a real rock star in those parts. He turned to opera and made his name as a lyric baritone with a voice that curled the toes of most listeners.

He was hailed as the successor to Pavarotti but with his deeper, more resonant voice I think he was a finer singer. Anyone who has seen the YouTube video of him performing the duet from the “Pearl Fishers” would agree.

He sang most baritone roles and many that were supposedly reserved for tenors. Alas, he developed a brain tumor that eventually killed him. Dmitri performs the aria Di Provenza Il Mar from Verdi's “La Traviata”. (55)

CURTIS WOMACK was one of the several Womack brothers who made an impact on popular music. He and his brothers started as a gospel group and they later became soul singers. (74)

OLGA HEGEDUS was an English cellist who was co-principal of the English Chamber Orchestra for many years. (96)

JIMMY CHI was an Australian composer, musician and playwright. He is best known for the stage musical, and film, Bran Nue Dae. He also played in a couple of bands and wrote songs for other performers. (69) 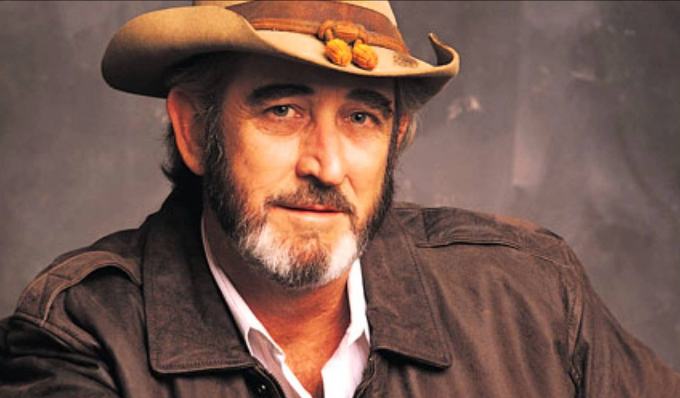 DON WILLIAMS was a country singer and what a smooth mellow-voiced singer he was. He was yet another Texas singer (the state is full of them), and he started out singing folk music before taking up the country mantle.

He was greatly admired by his contemporaries and he eschewed the wild life that others seemed to think normal. His folk background serves him well for the song I've chosen, a great Jesse Winchester song, If I Were Free. (78)

♫ Don Williams - If I Were Free

ROGER SMITH was mostly known as a TV actor (77 Sunset Strip and all that), but he was also a bit of a singer, making several albums. He also managed the career of Ann-Margaret, his wife of 50 years. (84)

EDUARD BRUNNER was a Swiss classical clarinettist who performed in chamber groups and orchestras. He later was Professor of Music at a couple of universities. (77)

JOHNNY HALLYDAY was the original French rock and roller who retained his popularity in that country all his life. (74) 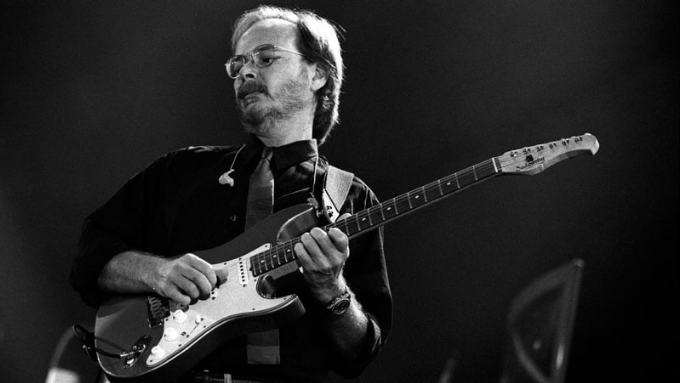 WALTER BECKER was the co-founder, guitarist and bass player for the successful group Steely Dan. Although originally a real group, he and Donald Fagen pretty much did everything on most of their records.

Officially a rock group, they brought elements of jazz into their music. I quite liked some of their music but found that my eyes glazed over if I listened to a whole album. Fortunately, there's only one song today, probably their most famous, Rikki Don't Lose That Number. (67)

RICHARD DIVALL was an Australian orchestral and operatic conductor. He also wrote music and he was one of the leading musicologists at several universities. (71)

RONALD MUNDY was a singer in the DooWop group The Marcels who made a career of putting a different spin on old songs, most especially Blue Moon, their biggest hit. (76) 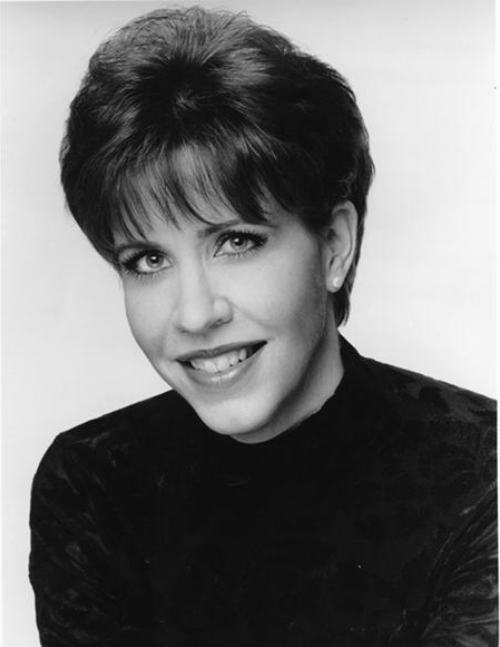 KRISTINE JEPSON was an American mezzo-soprano who sang at the Metropolitan Opera in New York, La Scala, Covent Garden, the San Francisco Opera and many more. She was an acclaimed interpreter of Mozart's operas, and also performed Verdi, Richard Strauss and Massenet.

Besides the traditional roles, she was a champion of modern opera, particularly works by John Adams, Robert Ward and others. Here she performs the aria La ci darem la mano from Mozart's “Don Giovanni.” The baritone is Mariusz Kwiecień. (54)

TOM PALEY was a guitarist, banjo and fiddle player best known for his membership of the group the New Lost City Ramblers. (89)

GEOFF MACK wrote the song I've Been Everywhere which was a huge hit for Lucky Starr in Australia. Many other performers have adapted it to their own countries, but the original is still the best. (94) 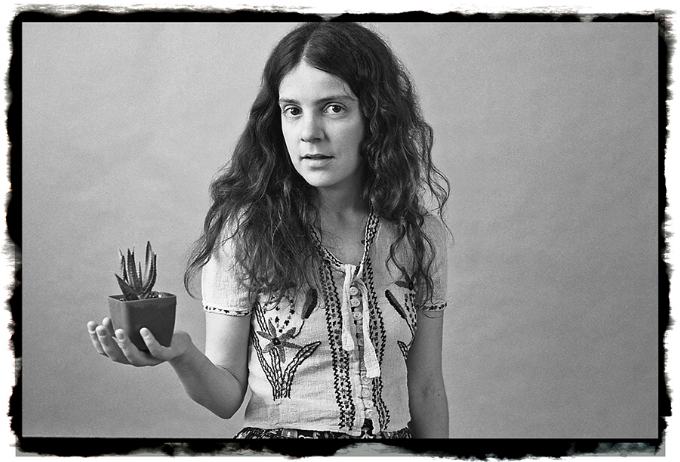 MAGGIE ROCHE was one of the three sisters who formed the group The Roches. They were a talented trio who sang beautiful and often amusing songs. She performed with her sister Terre as a duo for some years until joined by youngest sister Suzzy to become The Roches.

Maggie wrote most of their songs, including The Married Men, from their wonderful debut album. She sang the lead part on this one. (65)

♫ The Roches - The Married Men

PAT BARRETT was a co-founder and singer for the DooWop group The Crew-Cuts. The group often covered songs originally recorded by black artists. (83)

Although born in France, PHILIP CANNON is generally considered an English classical music composer and music teacher. He mostly worked in an avant-garde style but even so his works are quite listenable. (87)

DAVID CASSIDY was a singer, actor, guitarist and songwriter. He's probably best known for his role in The Partridge Family on TV. (67) LONNIE BROOKS was a blues singer and guitarist from Louisiana. He later came to personify the Chicago blues style. He could be cool and elegant and, on the next song, bring the house down with his sizzling guitar playing and singing.

He was mentored early on by Clifton Chenier and Sam Cooke who recognised his talent. Lonnie performs Maybe. (83)

LARRY CORYELL was a jazz guitarist who was a leader in the fusion of jazz and rock music. (73)

DAVID YORKO was the guitarist for the fifties instrumental rock group Johnny and the Hurricanes who had quite a few hits at the time. (73)

MITCH MARGO joined his older brother Phil in the group The Tokens when he was just 13. He became the tenor singer and wrote most of their songs (except for the one for which they are most known). (70) BOBBY FREEMAN started out in a DooWop group in his native San Francisco. He later became an early rock and roll performer. Later still, he was a respected soul and R&B singer. His most famous hit, Do You Wanna Dance, from 1958, has been covered by hundreds of artists over the years, but no one has done it better than he did. (76)

♫ Bobby Freeman - Do You Wanna Dance

JIM FULLER was the lead guitarist with The Surfaris and co-writer of their big hit, Wipe Out. (69)

BUNNY SIGLER was a soul singer, producer and songwriter. He was associated with the production team of Gamble and Huff and they produced many hits from the sixties on. (76) 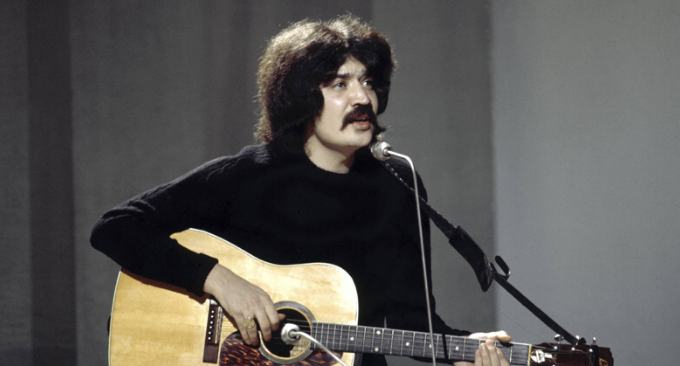 PETER SARSTEDT was a British singer, guitarist and songwriter who had a few hits in the sixties. His two brothers, Richard (known as Eden Kane) and Clive (Robin Sarstedt) were also charting performers.

Of the songs with which Peter made the charts, the most famous is Where Do You Go To (My Lovely). This is the versions from the album, it's longer than the hit single. (75)

♫ Peter Sarstedt - Where Do You Go To (My Lovely)

Such an astonishing group of accomplished musicians...

I've got to hand it to you, Peter. Commemorating all these lost artists while also presenting a wide assortment of music, everything from country crooner Williams to Mozart.

RE: Steely Dan, I might be a little more of a fan than you. My favorite, for some reason, is "Cousin Dupree".

PS I'm back actively blogging myself.