Every Sunday, Marjorie Eliot and Rudel Drears open the doors of their Harlem apartment to anyone in the mood for jazz. At first, this was a way for Marjorie to honor her son’s passing, but the concerts soon began attracting visitors from all corners of the world, according to the YouTube page.

Today, Marjorie’s matinees have become iconic, continuing to restore, renew and unite people all through the magic of music. Take a look:

Without missing a single Sunday, the music has been going on for 25 years.

I'm not much interested in genealogy but as Christmas approached last year, there were a lot of commercials for discounted DNA checks so just for fun, I decided to see what my DNA says about me. I got the results this week. Here's how it breaks down:

The Scandinavian surprised me but the rest is pretty much what I expected. I had been told my maternal ethnic background was Spanish and Welsh. Period. They are there in this analysis, but not in as big a percentage as I had thought. Mildly interesting...

According to the YouTube page, this is a cat meeting an octopus for the first time. I doubt there is much opportunity for this kind of encounter so take a look:

The detail that Luca Iaconi-Stewart has incorporated into this model of a Boeing 777 aircraft made entirely of manila folders is astonishing.

I'm pretty sure this takes an amount of obsession I'm unfamiliar with.

A PENCIL FACTORY IN PHOTOS

Photographer Christopher Payne, The New York Times reports, has visited the General Pencil Company factory in Jersey City, New Jersey dozens of times where he has been documenting every phase of the manufacturing process.

It is a beautiful and compelling photo essay. Here are some samples: 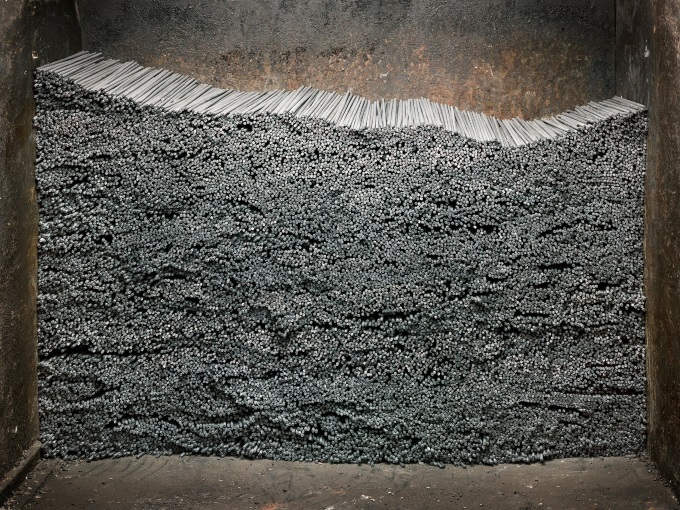 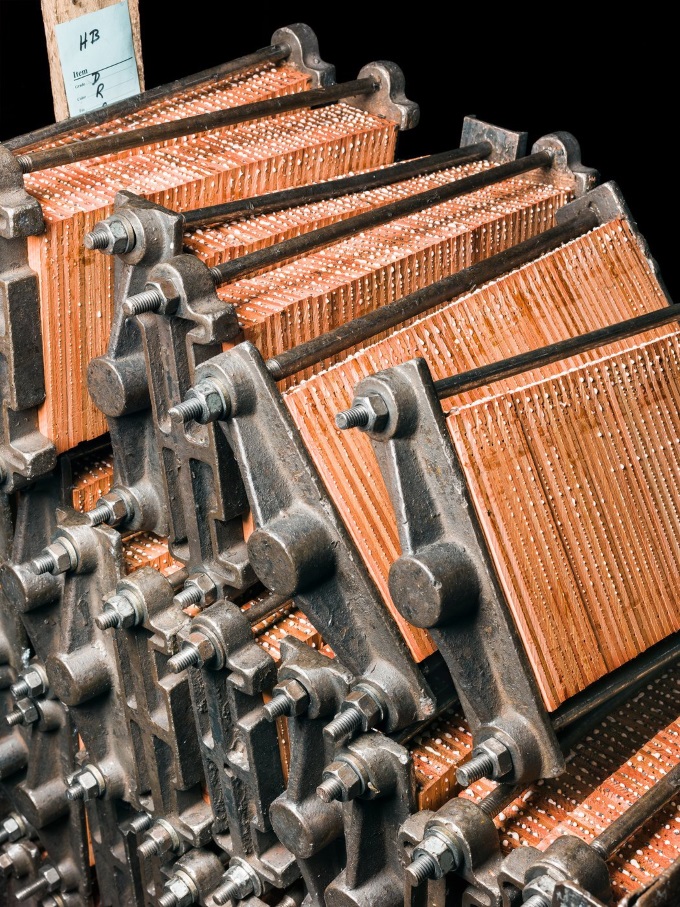 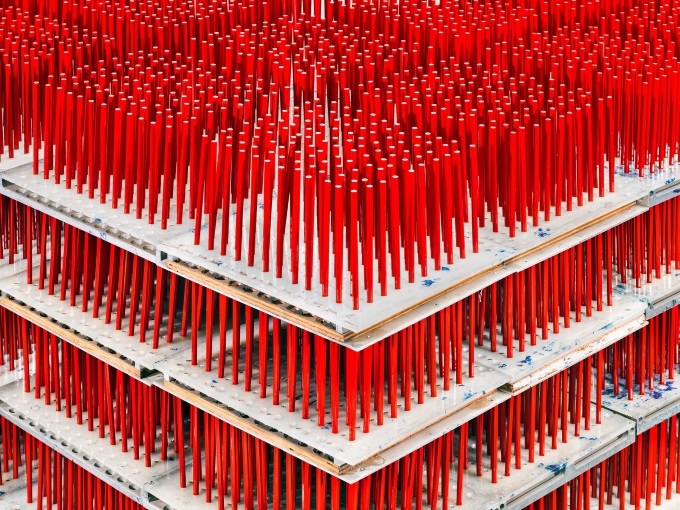 Because it is published at The New York Times not all of you will be able to see the rest of the photos, but you may enjoy reporter Sam Anderson's final paragraph. I did:

”In an era of infinite screens, the humble pencil feels revolutionarily direct: It does exactly what it does, when it does it, right in front of you. Pencils eschew digital jujitsu. They are pure analog, absolute presence. They help to rescue us from oblivion.

“Think of how many of our finest motions disappear, untracked — how many eye blinks and toe twitches and secret glances vanish into nothing. And yet when you hold a pencil, your quietest little hand-dances are mapped exactly, from the loops and slashes to the final dot at the very end of a sentence.”

More at The New York Times.

A CHAIN REACTION WITH MORE THAN DOMINOS

A YouTube contributor who calls himself DoodleChaos synchronized his chain reaction to Tchaikovsky's Waltz of the Flowers. The chain reaction includes not just dominos as usual, but also marbles, magnets and janga blocks. Here is what he said about doing that:

”After listening to parts of this song hundreds of times to match things up I went a bit crazy.”

I have no doubt nor will you when you see this final amazing video.

Oymyakon, a remote Siberian village, is considered to be the coldest permanently inhabited settlement in the world. BoredPanda reports:

”The official weather station at the 'pole of cold' registered -59°C (-74°F), but the new electronic thermometer claimed the weather was -62°C (-80°F). In fact, it even stopped working after reaching the painful mark. Some of the 500 locals go beyond that, claiming the temperatures are as low as -68°C (-90°F).”

Here are some sample photos: 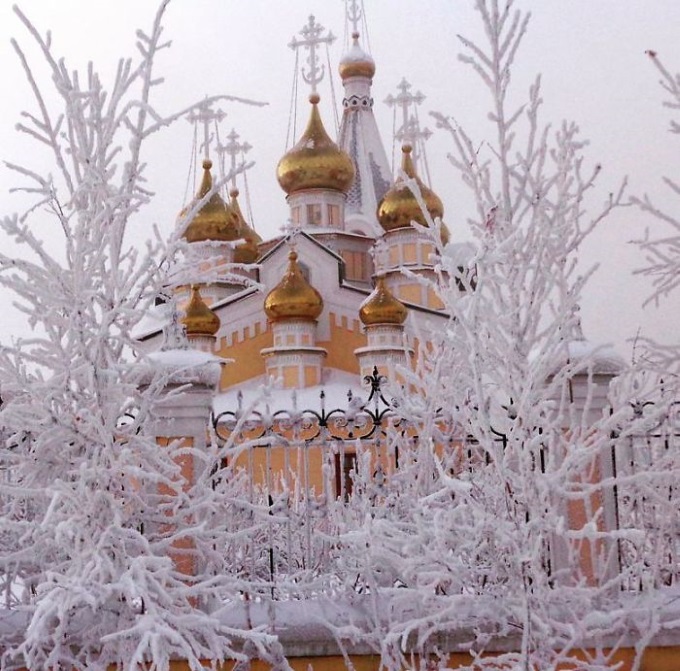 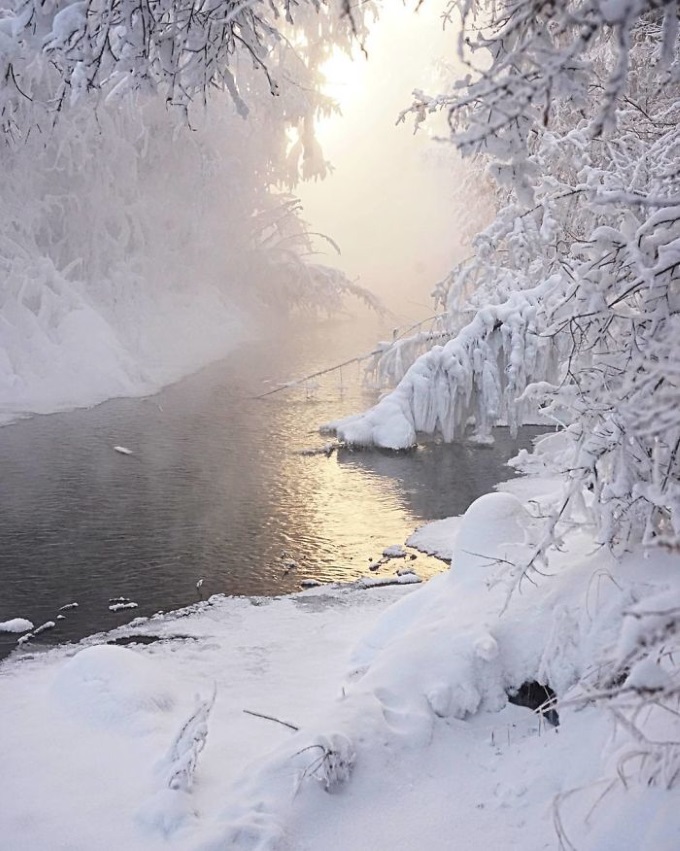 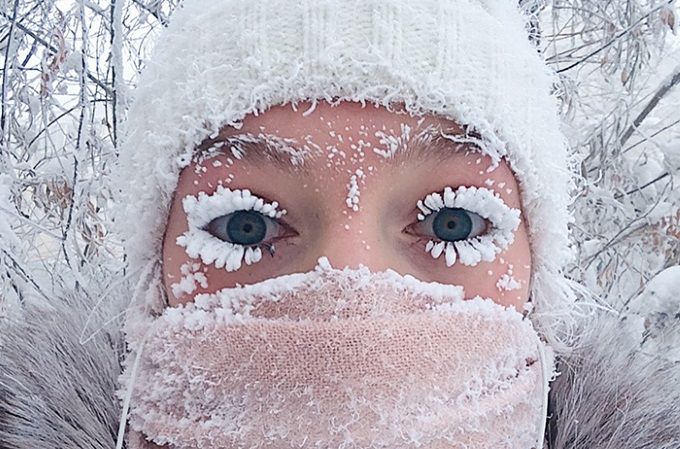 A short film that follows the journey of two girls in a canoe on the River Shannon and how they stumble across one of nature's greatest phenomenons; a murmuration of starlings.

There is an explanation of the science behind starling murmurations at Wired. Thank TGB reader Ruth-Ellen B. Joeres for the video.

The chain reaction was astounding!!

Yes! Chain reaction was original and very fun. As was nature-made formation by the starlings.

I was impressed with the two girls manning a canoe in what looked like very cold, dicey- weather!

The patience it took to make that Boeing 777, the interesting coffee table and the chain reaction boggles the mind. I can't comprehend it.

I got cold just looking at those pictures of Siberia. That is one place I hope never to see. I hate being cold.

It is not surprising that you have Scandinavian in your DNA, Ronni. The Vikings ruled part of England so I am sure intermarriage occurred between the Celts and the invaders. Wales probably had it's mixture of marriages. I guess if we go back far enough we all came from Africa.

So much great content today!! Murmurations have long fascinated me, but at times these girls were practically inside this one (although why they were out in that canoe in weather like that is beyond me). The chain reaction was wonderful and timing it to a waltz was absolutely inspired. And the pencils ... ah, what memories for this retired editor. Sad that I'd have to turn the house upside down now to find a single pencil.

Once again, it was fun to romp through your finds for this Saturday. I watched that Tchaikovsky waltz chain reaction with amazement and then glee, as the choreography became more pronounced.

Oddly enough, some years ago I visited Siberia - in late August, early September - and oh my goodness, that was close enough to winter for me.

I can't imagine why over 700 people did not like the Boeing. Amazing.

What a great selection this week! I enjoyed all of it. (But, octopus harassment - ! couldn't have let the cat get way with it!)

Yes, that's got to be true, Darlene. We all came from Africa. And we're all related if you go back far enough. All of us are cousins.

Thank you, Ronni, for the very interesting interesting stuff posts this week! I agree with Heidi. the only one I did not like was the kitty harassing the poor Octopus.

I have been fortunate enough to see three Starling murmurations in my time and it is always a wonder and quite beautiful.

Although I danced to the Waltz of the Flowers at the opening of the Viennese Ball back in 1970 along with many other girls and their partners and, I am sure that if filmed from above, the synchronization of our movements were probably quite breath taking, the waltz of the balls in the above video was totally mind boggling and beautiful in its own right! Amazing how people spend their time. Entertaining and very creative .

The shots of Siberia were beautiful as were the shots of the pencils!

i think the gift of life, whether one believes in a higher entity or not, is the kaleidoscope variety of creativity available! If I could only get my mind to realize that I can re-create the way I think!!!

We differ. I'm fascinated by the DNA stuff.

I received a kit for Xmas from my brother. Just sent in my spittle, so no results yet.

My fear, of course, is that it will be boring.

But YOU! North African and Nigerian blood??? You have no idea how that result would thrill me. It would explain my self-perceived brilliance playing blues guitar. I might even show up at that Harlem apartment - just another 'bro' improvising with my bros and sises. It would be vindicated heaven on earth for me.

But I'm still expecting a letdown. I'll probably get so depressed that I'll give up blues guitar and learn to play the glockenspiel or french horn.

Flocks, prides, herds, gaggles. My favorite is a "Murder of crows."