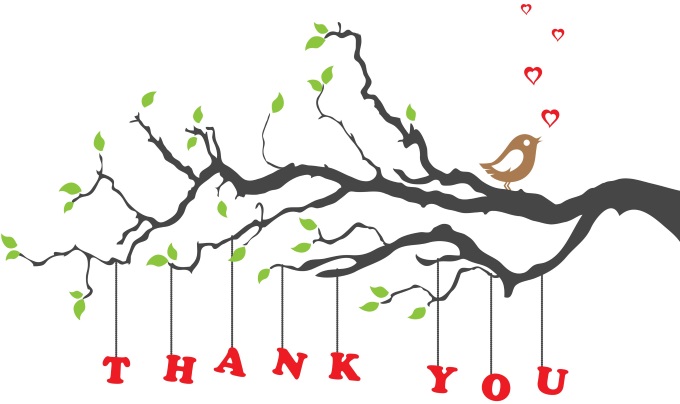 Yesterday, the annual TGB donation drive ended. I'll bet you're glad to get rid of those notices at the top of last week's posts.

As in the past, I am dismayed at your generosity and there are so many of you, I cannot thank everyone individually so I must do it this way, collectively. It will be easy now to meet the expenses of the blog without having to hold my breath. You are more than kind.

Also, it was terrific to read the personal notes some of you included with your donations and it has been a load of fun seeing so many names from many different places worldwide that are new to me.

So I thank you all - those who donated and every one of you who didn't too. The community we have created here is unique among blogs and you, the readers, do that with your thoughtful responses, generously sharing your information, your knowledge, humor and opinions that make this web spot a special place on the internet.

PRESIDENTS DAY
Today is a holiday, Presidents Day which, if I recall correctly, replaces the two holidays for the birthdays of George Washington and Abraham Lincoln that we celebrated in February when I was kid.

I choke on the idea of including the current president's name along with those two illustrious forerunners among the people who have held the highest office in the land. It feels particularly ludicrous following drama throughout this past weekend.

President Donald Trump's contemptible responses to the tragic school shooting in Florida and to the grand jury indictments for conspiracy, fraud, identity theft and other crimes in relation to the 2016 U.S. election against 13 Russian nationals make a particularly embarrassing conparison.

So I think it's time for a little parody. I only recently discovered a group that calls itself The Parody Project. It was founded, the YouTube page tells us,

”...in August of 2017 by film-maker/composer Don Caron, as a means of surviving the current political and social mire by laughing and helping others to do the same.”

What the group does is write and sing new lyrics to familiar songs we all know. This one was released in December, titled 12 Months of Trump's Mess (Parody of 12 Days of Christmas). Enjoy.

You can find out more about The Parody Project and see all their previous parodies (political, social, Trump, Christmas) here.

The nice thing about this blog is that I like all aspects of it except the politics, but the viewpoints are presented so nicely.

I like it all, even the politics, but I know that's not everyone's cup of tea.

How have I not heard of the Parody Project before this??? It's probably going to be binge watching/listening morning (or day -- it looks to be pretty prolific). This project is brilliant, and funny and so very well done! Thank you, thank you, thank you for sharing this, Ronni!

Last night I began watching Ken Burns' video of "The Roosevelts," starring Teddy and FDR, which makes one want to weep when viewing these two exceptional Presidents who were born into families of true aristocrats and used their positions to benefit this magnificent landmass of America and the people (mostly) who live here.

Schools might consider showing this and other historical videos where children could be presented with a better understanding of the background and necessity of Social Security, for instance, for which all in this country are indebted.

Time to awaken our fierceness and fight the good fight to preserve what these gents and the birthday boys created.

The upcoming 2018 election is absolutely crucial for democracy, and this includes the primaries, which are soon beginning in some states, counties, cities.

And love your thank you banner - would you be willing to share the site?

Gratifying to know you have enough now to continue this refreshing blog without personal hardship for another year, Ronni!

Your coverage of topics relating to elders is simply not available elsewhere.

Thank you for your articulate and (like today) occasionally funny posts.

This is the first year I recall anyone saying Presidents Day is to honor all the presidents. Like you, I grew up celebrating both Washington's and Lincoln's birthdays in February and have always thought of Presidents Day as an unwelcome conflation of the two. And only those two. The other guys can go celebrate some other time (and most don't rate a special holiday).

The parody is outstanding. Can't imagine why I've never heard of this group until now.

I read a post on Facebook recently that called Drumpf a "lumpy sack full of moldy oranges." I have decided that rather than call him by name, or #45, or derDrumpfenfuhrer, he is now "a lumpy sack" in my writings when I have to refer to him. I, too, choke on the idea of including him on the list of statesmen and leaders who have held this illustrious office. To me, he will always be a lumpy sack.

The Parody Project is magnificent. Thank you for introducing us to it.

And thank you for Time Goes By, the whole thing, including - thank heavens - the politics!

I am glad we have the opportunity to show our deep appreciation for you, albeit only once a year, at least monetarily..

I don't usually comment, as most people have already spoken my sentiments. But, I do want to thank you for this bit of joviality, It has started my day off with a smile. I will be catching up with the rest of the parodies as time permits.

Thank you, Ronnie for all that you do for all of us. I appreciate your efforts to keep us informed more than you will ever know.

Of course, I know what you meant, but I don't think you were "dismayed" by the financial support you received. Just to be sure, I looked up dismayed and though it does mean surprised and shocked, it means surprised in a distressed way.

Thank you, thank you for the Parody! I needed that today! I can’t wait to see the other parodies.

Saw the Parody Project a few weeks ago - they are mostly pretty funny. The latest one where they add a new verse to the Star Spangled Banner is not funny but adds a welcome update to the anthem.

The idea that Trump will be added to the presidential list does bother me and is one reason I'd like to see him impeached. At least that way there would be some formal recognition that he was not a good president.

Wonderful! Where would we be without humour???

I usually find parodies amusing but I watched this one with a sense of horror. Some things are too true to be funny.