NINA SIMONE was born Eunice Waymon and was a prodigy on the piano. She aspired to be a concert pianist and, with the help of supporters in her hometown, she enrolled at Juilliard.

She applied for a full scholarship to the well-regarded Curtis Institute of Music in Philadelphia and, in spite of an extremely positive audition she was refused. This was almost certainly due to racial discrimination.

To make ends meet she changed her name and became a jazz pianist and singer. Over the years she’s also performed blues, folk, rock, gospel and pop music. There are few around who were her equal in any of those genres. Nina also became a leading figure in the civil rights movement. To the music…

The jazz trumpeter Nat Adderley wrote Work Song, it’s probably his best known composition. Many have recorded it, including Nina, whose version is one of the best. 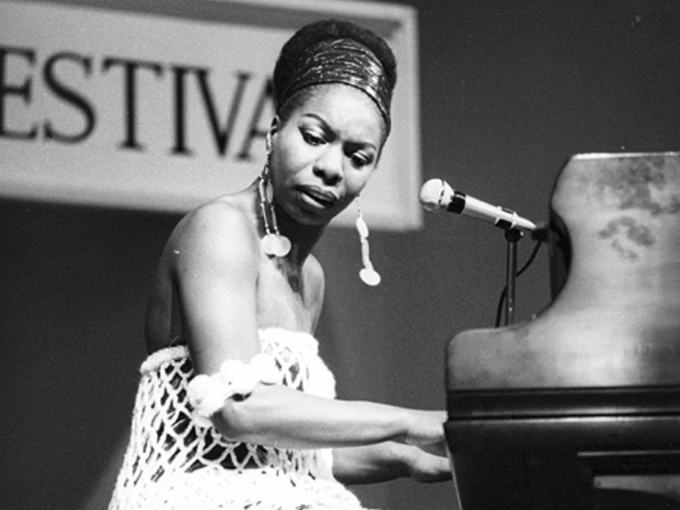 Here is a nice gentle song to lull you into a false sense of serenity - you’ll be expecting the rest of the songs to be like this. You’ll be wrong. The song, Memphis in June, was written by Hoagy Carmichael and Paul Webster.

The Bee Gees wrote To Love Somebody with the hope that Otis Redding would record it. When he heard it, Otis was really enthusiastic and said he'd tackle it the next time he was recording. Alas, he was killed in a plane crash before he got around to it so we'll never know the result.

Nina makes it more up-tempo than the original, or the way I imagine that Otis would have performed it. 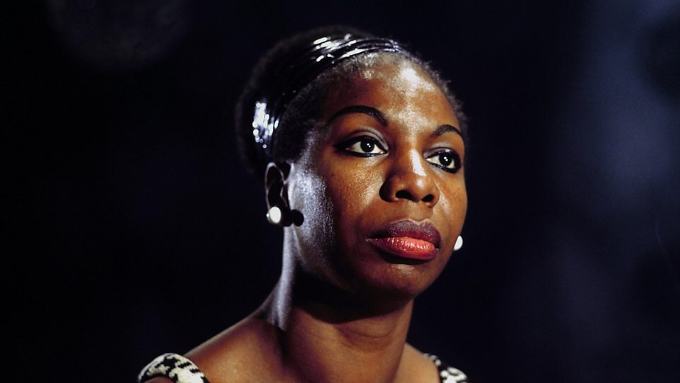 Nina has recorded quite a few of Bob Dylan's songs and each has been a fine version. This is no exception. Bob recorded it several times, the second one was a live version that was vicious and snarling that took no prisoners, recorded during his initial electric tour in 1966.

Nina's is a total contrast to that one – it's a rather gentle version: Just Like Tom Thumb Blues. 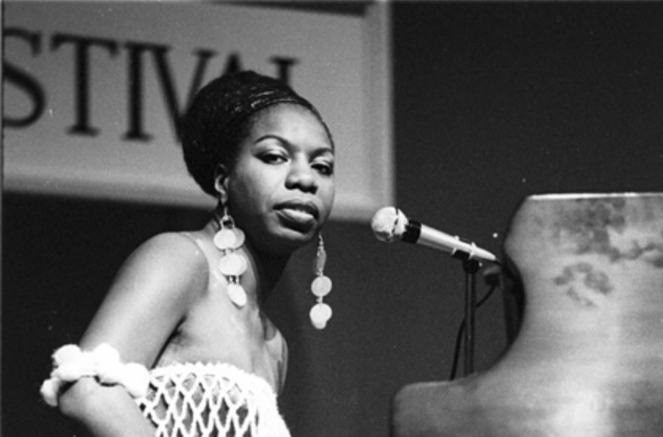 A contrast to the previous song is perhaps Nina's most famous song. Here she is at her angriest, justifiably so. This is one of the great anthems of the civil rights era. It may be appropriate once again. Mississippi Goddam.

Mood Indigo was written by Duke Ellington and Barney Bicard for a radio broadcast. It was hugely popular. So much so, he had Irving Mills put words to it and it became an instant (and enduring) jazz standard.

Nina wrote the song Four Women to highlight what society had done to African American women through the years. Quite a few people misinterpreted the song and it was banned here and there. It wasn’t the first song of Nina’s to suffer the same treatment. This is a tough song, but well worth a listen. 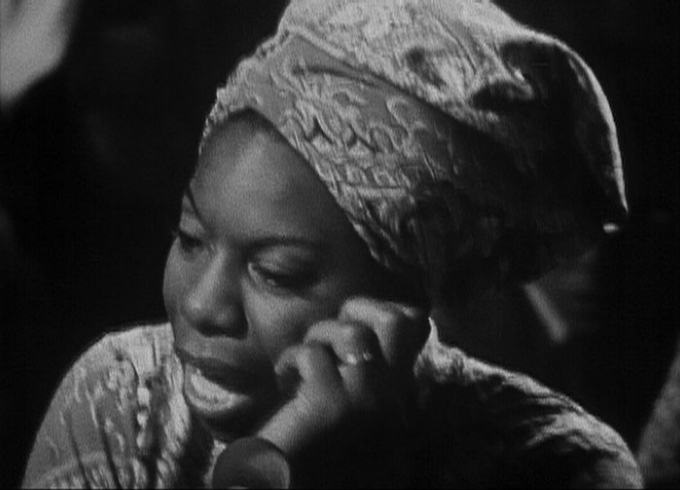 Continuing with the angry theme, Pirate Jenny was written by Kurt Weill and Bertolt Brecht for "The Threepenny Opera". Judy Collins recorded a fine, if rather pretty, version of the song. Nina's version is much tougher. It’s from one of her concert albums. 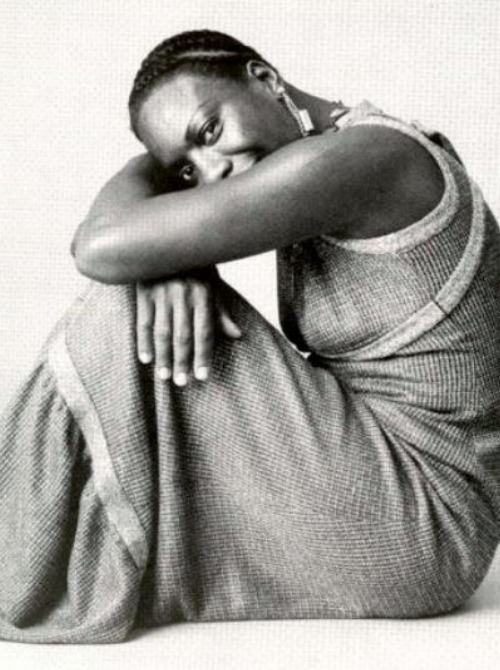 Oh boy, this next song is a cheery one. Not. Okay, there haven't been many of those today. It was written by Gilbert O'Sullivan and Nina naturally put her stamp on to it. She changed the gender of her parent, as well as most other aspects of the song, but it seems right. Alone Again Naturally. 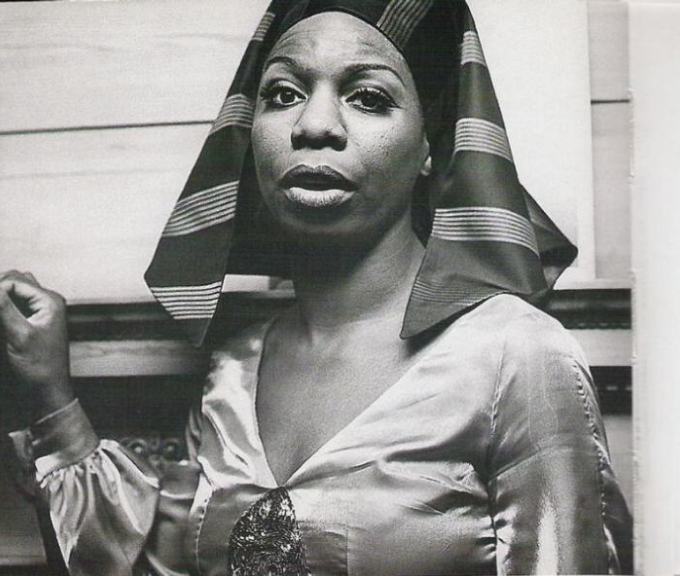 The Other Woman was written by Ray Parker Jr, and was first recorded by him. I’m unfamiliar with Ray’s version but hearing what Nina does with the song it seems to me that only a woman should sing it. I could be wrong, of course. I’ll end gently with the song.

Musical ignoramus that I am, I'd never heard of Nina before.
What a vast range of emotions she could evoke ! WOW !

Love Mood Indigo; only wish my transplant let me hear it. I guess it will have to be heard in my memory.

Nina does have a beautiful voice and it was so ignorant for the Curtis Institute of Music to deny her a classical future, but their loss was the jazz public's gain.

I was reminded of another pianist's voice that brought him fame instead of his "tickling of the Ivories." Of course I am referring to the late Nat King Cole.

Thank you so much for introducing us to a whole other world of Nina's work. We hadn't heard her singing 'musicals'...
We've had a lovely interlude this evening listening to your selection, Peter.
Very many thanks to you and Norma and, of course, Ronni.
Mary & Derek, Oxfordshire, England

You might have written of the documentary of her life, but if some didn't see it, here goes:

It's "What Happened, Miss Simone," and used to be on Netflix. A very good show and worth seeking it out.

Remarkable lady with a unique jazz style. Enjoyed a documentary on her not long ago though it’s been out for awhile. Previous years had been moved by her lament to Baltimore, My Baltimore, or whatever the title of that tune. Strange Fruit haunting, but then is when most sing it.
,