Remember three weeks ago when I told you about the cuts to elder programs that President Trump, in his budget, wanted to cut? Things like cuts to Medicare and Medicaid, to the Social Security administration budget and replacing about a quarter of SNAP funding with what became the much derided box of food delivered to SNAP beneficiaries by the Department of Agriculture.

As I noted then, any president's budget has little or no chance of passing Congress - it is a formality - and late Thursday night, saner minds in Congress passed their own budget which preserves important programs for elders and even slightly improves a couple of them.

Here is how Max Richtman, President and CEO of the National Committee to Preserve Social Security and Medicare (NCPSSM) explained on Friday morning:

"[Social Security Administration] gets an increase of $480 million over the previous fiscal year, including $100 million for reducing the backlog in Social Security Disability Insurance hearings – which some 10,000 Americans died waiting for in 2017.

"The funding bump – which the National Committee has long advocated – should also alleviate some of the excessively long wait times for customer service on SSA’s toll-free phone line and in-person at SSA field offices.

"The spending plan also gives a $414 million boost to the National Institutes of Health (NIH) for Alzheimer’s and dementia research.

This is a small amount of good news in what is generally a terrible budget. I have zero proof of this but just maybe all our telephone calls, email, snail mail letters, etc. to our Congressional representatives helped get these important elder programs into the mix. Even if that's not true, let's be grateful and celebrate a little for a day or two. Elders need these programs and need them properly funded.

This week, Late Show host, Stephen Colbert went to the gym with Supreme Court Justice Ruth Bader Ginsberg. What I makes me feel terrific about a healthy future is that all the exercises she does in the video are ones I've done for years.

There is a nice story at Mental Floss about 15 Things You Should Know About Justice Ginsburg.

With the revelations this week about Cambridge Analytica's use of personal information from millions of Facebook pages to nudge the U.S. presidential election toward the winner they wanted, many users are trying to delete their Facebook accounts.

There is additional information at The New York Times. If you want more, maybe different, information about how to extract yourself from Facebook, just google “delete facebook” without the quotation marks. You get nearly four million returns.

Mental Floss gives us some wonderful, old-fashioned synonyms for “happy.” Here is a sampling:

Gaudeamus: From the Latin for “let us rejoice,” this oldie refers to a merry jamboree

Delira and Excira: A term the Irish use to mean “delirious and excited”

Gladsome: This classic is from the 14th century

And that's all I'm going to tell you. Just watch Oliver explain it on his HBO program, Last Week Tongiht from last Sunday. It's wonderful as only Oliver can be.

By Tuesday, Oliver's bunny book was number 1 on Amazon, such an instant hit that all copies were sold out. More are being printed and I've bought mine. Here are the bunny book covers side by side. 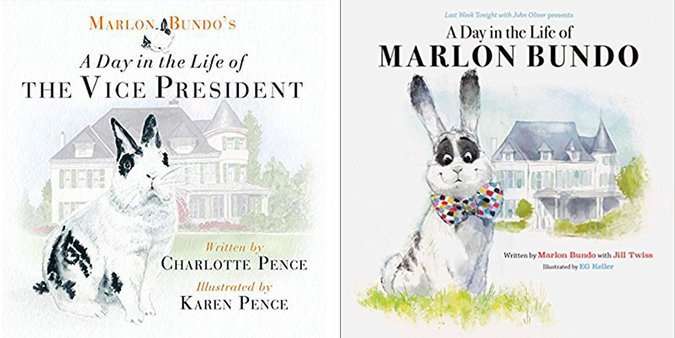 A NEW SONG FOR THE MARCH FOR OUR LIVES

Today in Washington, D.C. and other places around the U.S., young people are taking to the streets for gun control in the March for Our Lives. Maybe some of you are participating.

Two Broadway musical superpowers recently teamed up to release a song for the march. Hamilton creator Lin-Manuel Miranda and Dear Evan Hansen's Ben Platt unveiled the video for Found Tonight, a mash-up of songs from their respective shows.

OH MY, THE FUTURE OF COMPUTING IS HERE - ALMOST

And it is the world's smallest computer. Wait until you read this:

”IBM kicked off its Think 2018 conference today with a bombshell announcement: It has made the world’s smallest computer...,” reports Digital Trends.

“The computer itself is smaller than a single grain of salt, coming in at 1 millimeter by 1 millimeter and reportedly has about the same computing power as a 1990s era CPU.” 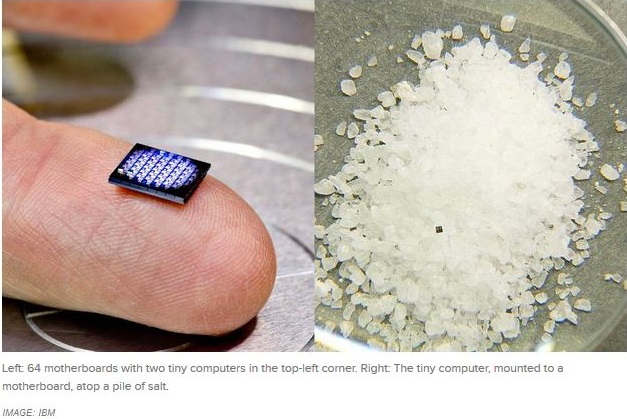 ”...despite its size and cost (each will be less than 10 cents to make)[it] can 'monitor, analyze, communicate and even act on data.' Each computer can hold as many as one million transistors, while network communication is handled by LEDs and a solar cell provides power.”

Okay, I won't pretend to understand all this; I just think it's cool. But it be awhile until we see how it will be used in real life. CNET reports that according to IBM, “...clients could have samples in the next 18 months and within the next five years they'll reach the marketplace.”

This makes me cry. Rhinoceroses have been on earth a whole lot longer than humans have been - 50 million years.

Take a good look. Sudan was the last of his kind. Oh, there is a daughter and granddaughter but there is the obvious problem with that. And all other species of rhinos are endangered too.

You can read more at BBC News. 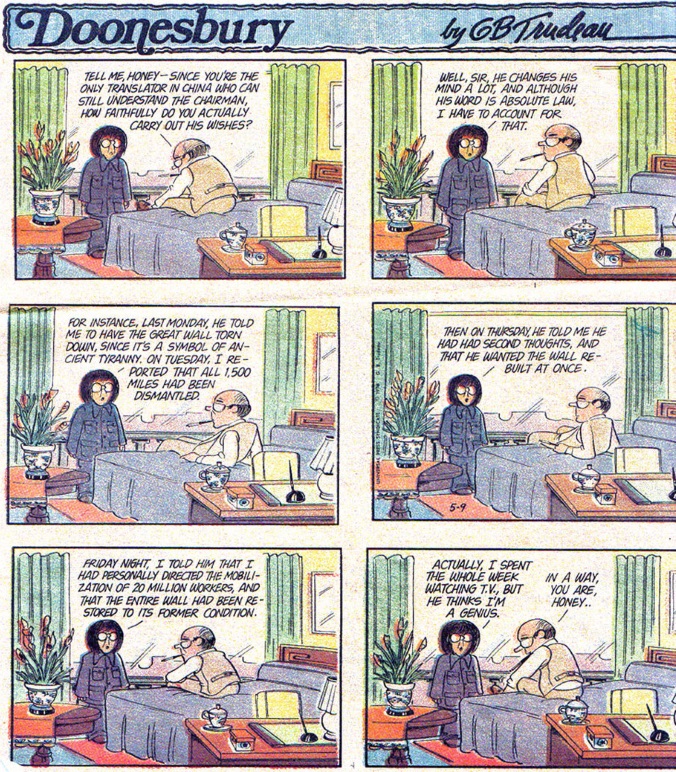 URBAN FALCONRY AND THE POOPMASTER 6000

Downtown Portland, Oregon, had a crow problem. Thousands and thousands of crows were befouling the streets, sidewalks and parks.

“They left us a lot of droppings on the sidewalk to clean up, so much so that it just became impossible to keep up with it,” said Jeri Jenkins of Portland Mall Management...

“'And then I had a friend say to me, “Have you thought about falconry?’” she recalled...

“'There were a lot of unknowns going into this. One of the most obvious was how well the hawks would operate at night. We also weren’t certain how well the crows would respond to hawks,'" says [Kort] Clayton, a biologist who turned falconry into a business.

Although the OPB website provides what what they say is an embed code for the video story, I can't make it work – undoubtedly my failing. But you can view it at the OPB website. It's a terrific story, worth the effort to make the click and you'll find out what the Poopmaster 6000 is.

I still use FB to follow my grandsons, but that's all. People don't take photographs anymore to send to Grandparents. I guess it's too much trouble. I miss the photos, but there's not much I can do about it so I have their school pictures plastered all over my 'fridge. So I "see" them several times a day. :)Dee

I can't march today, but my eldest granddaughter will be. I am so proud of her and of the wonderful young people who are leading the way to sanity.

John Oliver and Doonesbury really know how to get to the heart of the nonsense coming from our leaders. I hope Pence is livid knowing how well John Oliver has shown up the religious nut Veep in his stupidity over homosexuality and marriage for the homosexuals.

I want out of Facebook because I only have an account there to post articles of interest and so few people read them it is probably a wast of time anyhow.

I dearly enjoyed the bunny book put out by Colbert and written by Jill Twiss. Lovely timing to produce it one day before the (er) official version was to appear.

While I purchased only the virtual version and yes, even the Audible accompaniment, that was enough to get the joke. I didn't need the hard copy. Also, I was pleased to see where proceeds were going.

Nicely done, Colbert and company. The secret planning must have been extremely delicate. No leakers there.

The video on urban falconry was outstanding. What an interesting job to have.

I shouldn't be too picky,but it was John Oliver who published the clever Bunny Book and not Steven Colbert.

Thanks, Heidi. I was going nuts trying to find it.