About 10 years ago, I posted several stories from readers who were of the “oldest old” generation. One of them was Ramona Moorman who, when her husband died, took over publishing a local weekly paper, the Marcellus News, in Marcellus, Michigan.

On Thursday, TGB reader Beth left a comment on that post to tell us that Ms. Moorman had died on 24 March:

”We knew her from that little town in Southwest Michigan,” wrote Beth. “She was the cornerstone of our community and the mortar that held it together. She not only edited, owned and operated the Marcellus News, she WAS the Marcellus News, and so much more. She will be missed by all who knew and loved her.”

Starting on Monday and continuing for a year after that, new Medicare identification cards will be mailed to every beneficiary.

The card will be mailed to you automatically. You don't need to do anything. But if your snailmail address is out of date, you can correct it at Medicare.gov. The most important reason for the change to to protect your Social Security number from fraud and/or identity theft.

Here is a little video with all the information you need:

I have always liked miniatures. As a kid, my dollhouse was a big favorite. Later in life my mother built dollhouses – electrified ones – from scratch and even built a lot of the furniture. She surprised me one birthday many years ago with a dollhouse that perfectly replicated my New York City apartment.

I have zero interest in living in a tiny house, but watching online videos about them has become almost an addiction. I have no explanation for my interest in miniatures – it just is.

So of course, I couldn't resist this video for you:

SNOOPY ON LIFE AND DEATH 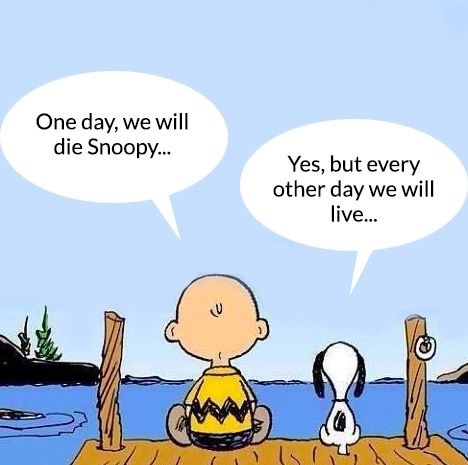 ”Johnny Cash: Forever Words” is a collaborative album, to be released in April, consisting of 16 songs created from Johnny Cash's unknown poetry, lyrics, and letters set to music by an astounding array of contemporary artists.

”Opening the album is a moving performance from Willie Nelson and Kris Kristofferson, both of whom collaborated with Cash throughout their careers.

“Led by Nelson's acoustic guitar and Kristofferson's narration, the song features an instrumental version of Cash's 1958 single I Still Miss Someone, which is repurposed as the backdrop for the final poem the Man in Black ever wrote.”

Here is that opening track:

You can read more about the album and its artists at Rolling Stone.

THE MOST CROWDED ISLAND ON EARTH

Two hours off the coast of Colombia is a small island home to over 1,200 people. As the entirety of Santa Cruz del Islote only spans the length of two soccer fields, residents live in close quarters, the YouTube page tells us.

“Despite the circumstances, the community makes the most of their limited surface area, packing in a school, two shops and one restaurant. Only 150 years ago, the island was uninhabited; today, generations of families are proud to call Santa Cruz del Islote home.”

You can read more about the island at The Guardian with a lot of photos showing more of the island than the video does.

From the Atlas Obscura page:

”Since the Middle Ages, France’s 'compagnons' have lived idiosyncratic existences, steeped in mystery, ritual, and a devotion to their trades...

“The name 'compagnon' translates to 'companion,' relating to the brotherhood between members and the shared identity of a movement that, today, encompasses around 12,000 permanent, active members...

“Professions usually fall into one of five “groups,” depending on their principal material: stone; wood; metal; leather and textiles; and food...

Historically, woodworkers have often chosen to produce a tiny, intricate staircase as their 'masterwork.' Over 30 years, the art dealer and collector Eugene V. Thaw, who died at 90 in January 2018, amassed an incredible collection of these staircase models, dating from between the 18th and 20th centuries. Measuring only a few inches in height, they are self-supporting, graceful, and impossibly delicate.”

Here are three of them: 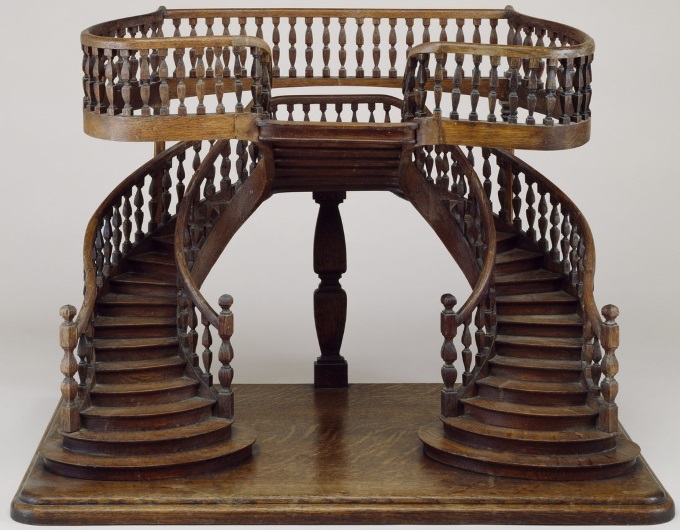 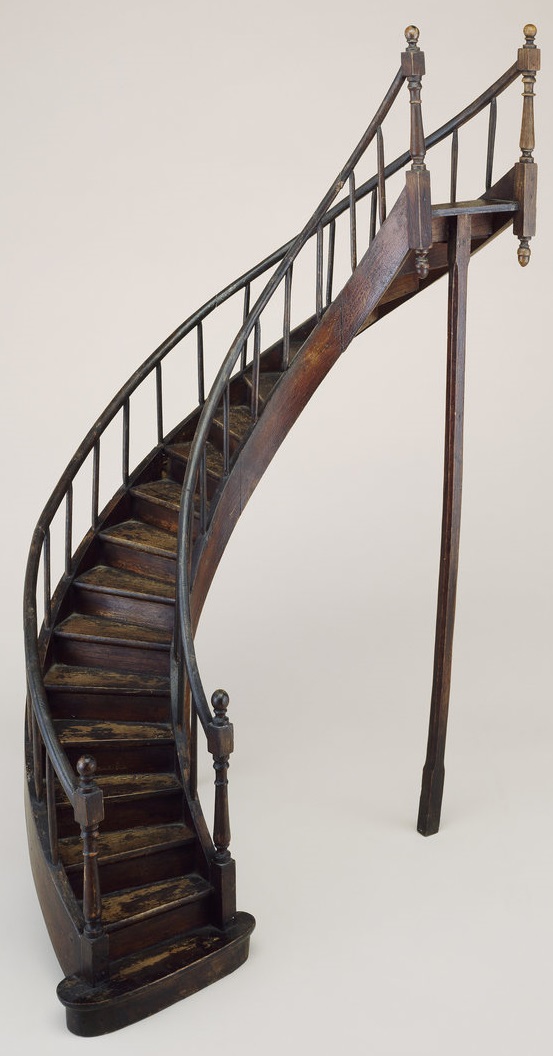 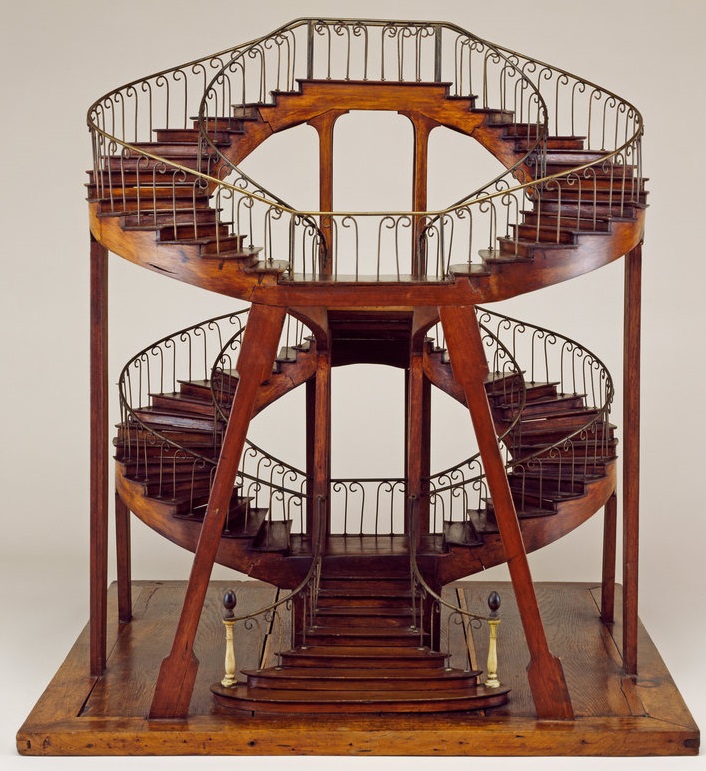 THE MAN OF A THOUSAND VOICES

As the man behind over 250 of your favorite characters, Phil LaMarr is one of the most prolific voice actors in the biz, says the YouTube page.

But beyond his vocal prowess, LaMarr has left his mark on all your favorite movies and TV shows, from an appearance in Pulp Fiction, to a featured regular role on MADtv. Here's a video about him.

A DAY IN THE LIFE OF AN ANCIENT ATHENIAN

Here's a good, little explanation of how democracy worked in ancient Athens – From TEDEd.

There is nothing I need to say about this – just laugh. 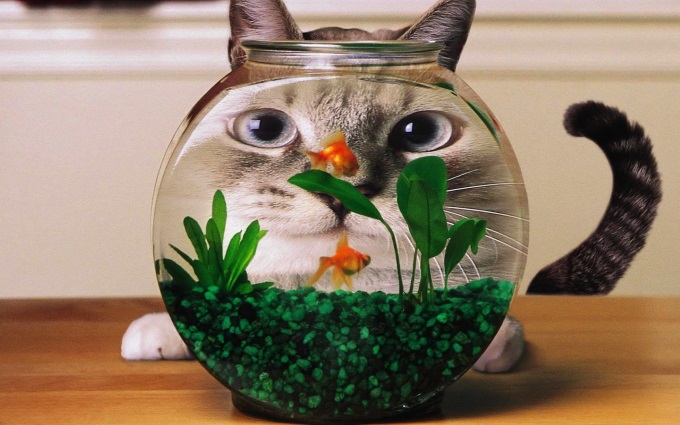 "T's got chills, they're multiplying,
and he's losing control.."

Cause that power Mueller's supplying..

Enjoyed the "smallness" of today's post, from the island - talk about close quarters and no privacy! - to the staircase & train, your mom's talents with dollhouses and then to small goldfish providing fascination to a lovely cat.

And throwing Cash and his musical friends into the mix is always welcome. Loved the picture and caption of Charlie Brown and Snoopy.

I think I'll have a (small) cup of tea now, with a (little) bit of cereal and fruit, since having just returned from a (brief) walk followed by attempting to control the (tiny) weeds in my garden. I'll think big another day.

All of the subjects presented were informative and interesting. Learned much! Thanks

Once again, thank you for your fine Saturday post. I especially liked"a day in the life..."

So glad you find these interesting items for us.

I look forward to your Interesting Stuff posts each week. I sent the train video to a friend whose grandson is obsessed with trains. Just hope it doesn't get out of control as it did for the man in the video.
I'm a Peanuts lover for years and start my day off with a comic strip from the Charles Schulz Museum in California or other Facebook pages. If I am ever in that area, the museum would be on my list of places to visit.
And yes, the cat picture made me laugh and boy do we need laughter in these days!