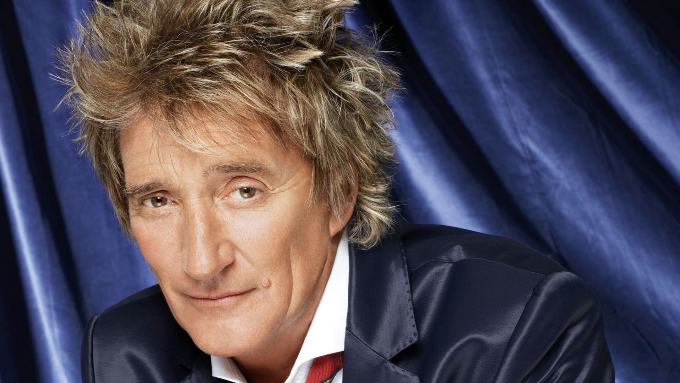 I came across ROD STEWART rather late in the piece, in the early seventies, after his stints with Long John Baldry, The Faces and Jeff Beck’s group.

He was already a solo performer by the time I discovered him. I was working in Boston at the time and one day we went on a boat trip (I think it was - wine was involved so it’s difficult to remember). There was a (free) juke box and someone kept playing Maggie May over and over, a song I was unfamiliar with at the time, but by the end of the day it was seared into my brain.

I'll only play it the once for you (although that certainly won't restrict you, of course). Certainly his most famous song. 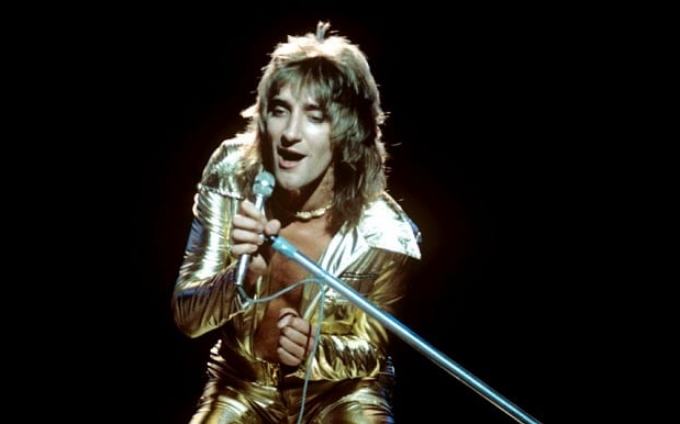 My usual policy in these columns is to play the original version of a song, with luck by the person who wrote it. That’s not a hard and fast rule of course, and I’m breaking it again today with a mix of Rod’s own songs and his interpretations of others.

This next song was written by Cat Stevens and I have Cat’s version, and well, not to put too fine a point on it, it’s less than ordinary. That Rod turned that into a great song demonstrates what a talent he is. The First Cut Is The Deepest.

♫ The First Cut Is The Deepest

Here’s a song from Rod’s days with The Faces. It’s more in a soul vein, something that Rod was good at. It’s called As Long As You Tell Him.

♫ The Faces - As Long As You Tell Him 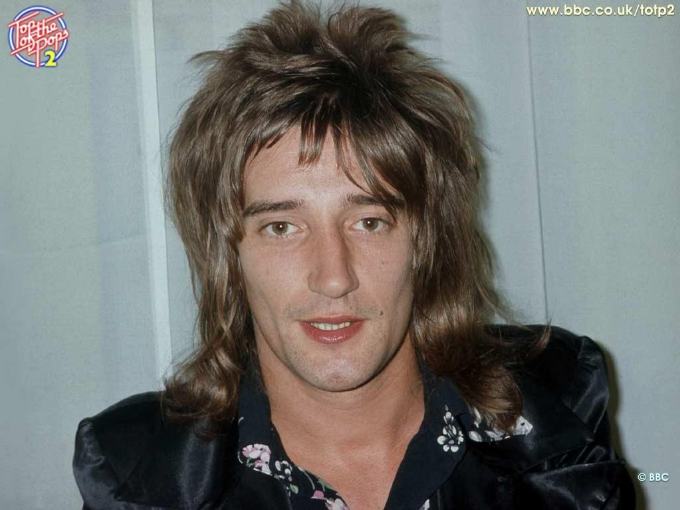 Rod wrote the song The Killing of Georgie (Parts I and II) about a gay friend of his who was murdered in New York. Although others thought at the time this was a brave move, Rod disagreed – “He was a friend of mine, why shouldn’t I write about it?” It was released in two parts, as suggested by the title. I’ve used both parts.

♫ The Killing Of Georgie

Rod and Martin Quillenton wrote You Wear It Well, which was included on Rod’s album “Never a Dull Moment”. Martin also played acoustic guitar on the track (and others on the album as well). It became another big hit.

♫ You Wear It Well 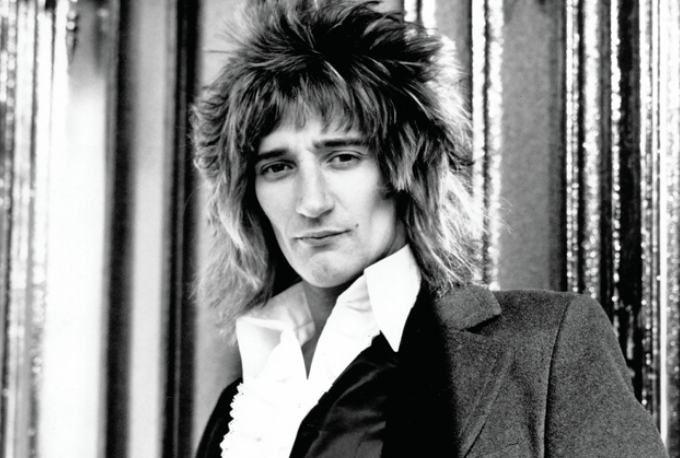 Norma, The Assistant Musicologist, often says, “Oh, you only choose slow songs.” There is some truth in that, so here’s one to buck that trend, a bit of serious rock & roll. I threw out a slow one to include this one from Rod's days with The Faces, Stay with Me, a bit of hard core rock & roll. Handbags and Gladrags was written by Mike D’Abo who was the singer for Manfred Mann after Paul Jones left the group. It was first recorded by Chris Farlowe who had a bit of a hit with it.

A then-completely unknown singer (you know who I mean) recorded the song on his first solo album “An Old Raincoat Won’t Ever Let You Down” with Mike arranging the song and playing piano on it. The song vanished without a trace except for those people who bought the album. It later became popular due to word of mouth. 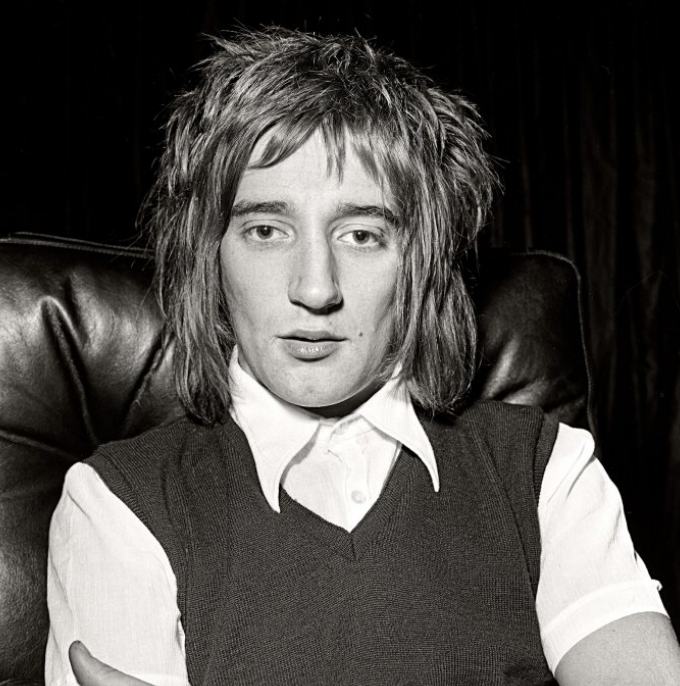 Here’s a song I could have included in one of my several “Drinking Songs” columns. Fortunately, there are plenty of others to include in those. This is Rod from his days with The Jeff Beck Group, and naturally Jeff lets rip on the guitar. I've Been Drinking. 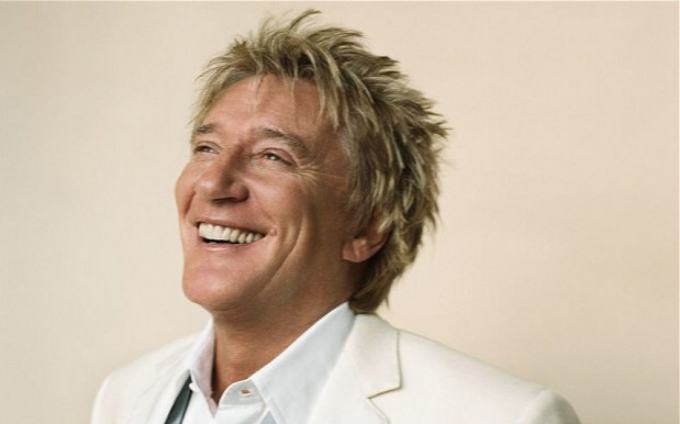 A song almost as good as Maggie May, and also written by Rod, is Mandolin Wind. We tend not to think of Rod as a songwriter, but my goodness he’s written some beauties. 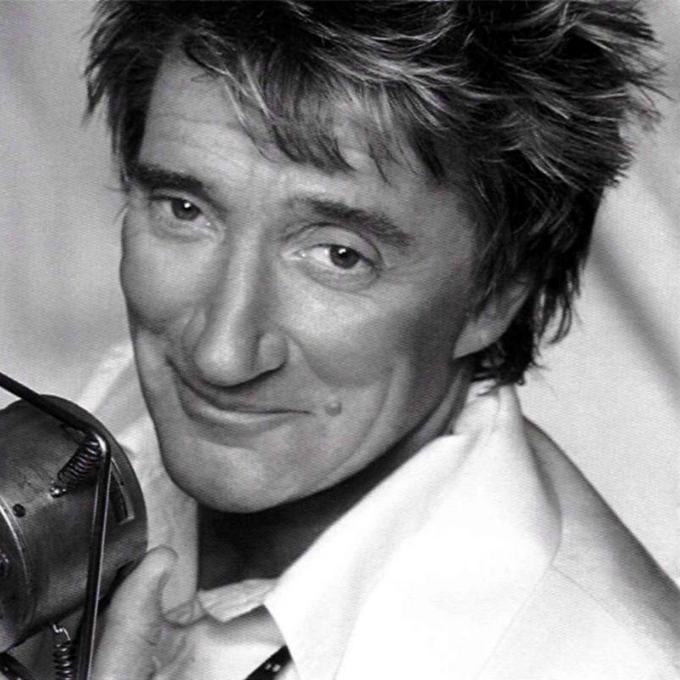 The A.M. must be in despair by now as the songs are getting slower, although this one does speed up a bit and indulges in a fine guitar solo.

Here’s another of Rod’s songs, written with Gary Grainger. I can relate to this one, as I was born the same year as Rod – our parents thinking how ridiculous we looked with our fashions of the time, back when we were youths. I imagine it was ever thus (and probably still is). The song is I Was Only Joking.

♫ I Was Only Joking

Rod has also made some records of the "American Songbook" standards, and while I admire what he did, I prefer to hear Frank Sinatra, Mel Tormé or Tony Bennett perform those so they didn’t make the cut today.

After I ended in what I thought was the most appropriate way, I decided to give you a bonus and break the mood. It's something I discovered a while ago, and all I can say is "Oh my".

Here is Rod and AMY BELLE with one of his biggest hits, I Don't Want To Talk About It.

The first song cuts in and out with another? A good old rousing one for early day listening. Will continue with the rest which I'm looking forward to, as somehow Rod wasn't included in my musical CDs (except for "Maggie" playing at fullest volume possible) to any extent those many years ago.

This was one of my favorites. Thanks!

I enjoyed Amy Belle singing with him.

This was her big chance for fame and stardom --- I always wondered what went wrong.

She sounded like she had talent and then she was granted that thing called "luck" ---
she was "discovered", and she just didn't make it.

Peter, all good suggestions for getting a peek at Rod's repetoire. May I add from Jeff's Truth album, Ol' Man River, of course Rod on vocal, Jeff on bass and John Paul Jones on organ.