THE FOREST MAN OF INDIA

Majuli, the largest river island in the world, may disappear in 20 years or so due to soil erosion. Nevertheless, since 1979, when Jadav Payeng, then 16, has made it his life’s mission to save Majuli by planting trees.

The forest is now larger than New York City's Central Park and home to Bengal tigers, rhinoceros and even a herd of more than 100 elephants that visits each year. The film won a passel of awards in 2014.

Remember on Wednesday when I mentioned that the Medicare Part D donut hole will close a year earlier than planned, in 2019? Now, wealthy pharmaceutical companies have been spending millions to lobby Congress to roll back that legislation.

”So far, no legislation has been introduced that would overturn the donut hole changes, but when lawmakers return to Washington next month, they will have to appropriate money to keep the government running, and big drug companies hope to get a reversal attached to that legislation.”

Here's a short video about what you and I can do.

Yes, I know many of you boycott AARP and the organization is partly responsible for the donut hole to begin with by supporting the Part D legislation with that provision - that only benefits pharmacutical companies - when it was working its way through Congress. But this time, they are on the right side of the issue.

Lending libraries are branching out. TGB reader doctafil who blogs at Jive Chalkin

, sent this item about job seekers who don't own the right clothes for an interview:

”...in New York City, the public library is opening its closet to anyone who needs to borrow fancier accessories—like ties.

“There are already similar "tie-braries" in Queens, New York and in Philadelphia, but it appears that those don't also offer accessories like purses and briefcases.”

It seems that everywhere we turn these days, political, corporate and other advocates are using fake experts, fake crowds and more not-quite-honorable means to convince us of lies they want us to believe.

On the most recent episode of HBO's Last Week Tonight last Sunday, host John Oliver explained how astroturfing works. I found some of this truly shocking.

THINGS THAT ARE A LOT BIGGER THAN YOU THOUGHT

People who work at Bored Panda must have a wonderful time chasing down odd and interesting items for us. This one is a list of 20 things that are much bigger that you thought:

How Many Earths Could Fit in the Sun: 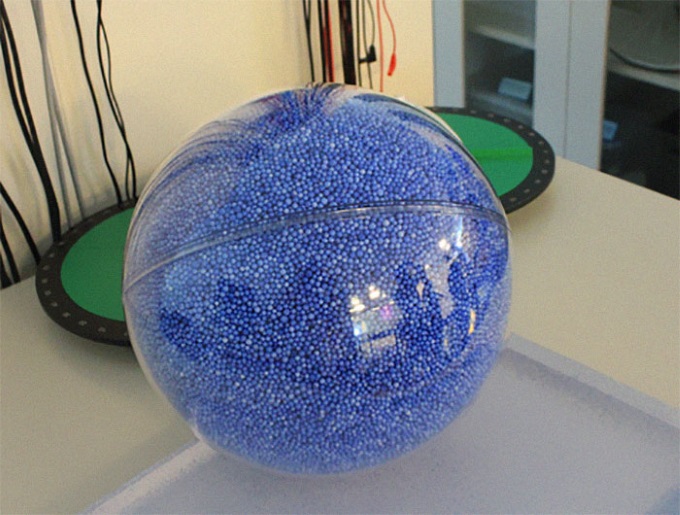 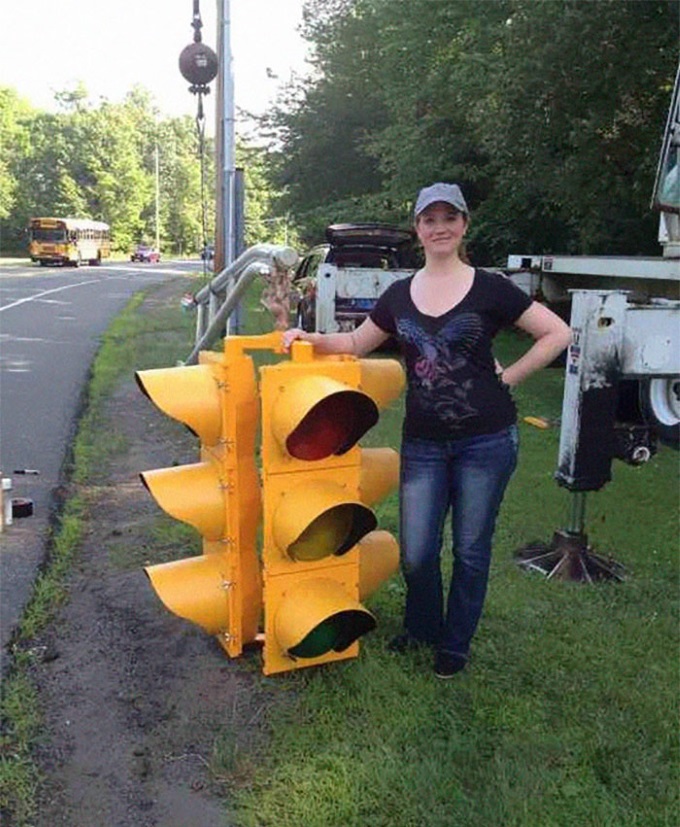 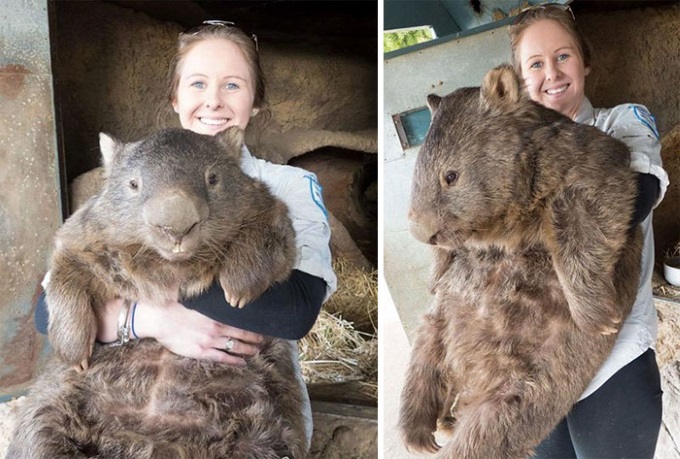 Geez - all this time I thought wombats were about the size of koalas. There are a lot more surprising big things at Bored Panda.

A man on a cruise spotted a dog stranded on a deserted island and knew he had to save her. Here is their story which has totted up more than two million views in under two weeks:

There are live cams all over the world that we can watch on the internet. One of the best sources with many choices is explore.org.

The Brooks Falls cameras in Alaska's Katmai National Park show us one of the best places on Earth to see bears fishing with their young:

”You'll see the most bear action on this cam in July and August, but keep an eye out for bald eagles and gulls flying overhead...and, if you're lucky, maybe even a wolf or moose!”

There are other bear cams and cams for a load of other animals at explore.org.

THE WEIRD NAMES FOR GROUPS OF ANIMALS

Most of us have heard that a bunch of crows are called a “murder of crows” and a “pride of lions” is common. But did you know any of these:

A prickle of porcupines
A scold of jaybirds
An army of frogs
A shiver of sharks
An audience of squid?

There is a big long list of 99 odd names for groups of animals at Mother Nature Network and you can find out the origin of the funny names at Quora.

SOME GIRLS ARE HARD TO IMPRESS

This has been around the internet for a long time but I haven't seen it in several years. It's a male cockatoo, apparently an Elvis Presley fan, doing a magnificent dance for the lady cockatoo beside him to the tune of Don't Be Cruel.

Darlene Costner sent along the video for us and this time I found myself thinking the lady cockatoo should be named Melania.

Watch closely at about :46 seconds in when she holds off the male with a foot, looking a whole lot like the first lady flicking off the president's hand when he tried to hold hers.

Definitely name her Melania!! I wouldn't want that show off touching me either....lol

I want to see that movie.

I had seen the film about the Forest Man a few years ago and it was good to see it again. Everyone in the world should watch this little film on at least an annual basis. So many people think they can't do anything to change or improve things, and this is one of the best examples I've ever seen of how we all absolutely can. One tree at a time.

Thank you Ronni for another Interesting Stuff Saturday.

Thanks Ronni. The Cockatoo video made me feel much better. It'll make my w/end. What a hoot! And yes, that's Melania. :) Dee

Thank you, Ronni for the "Forrest Man" story. It brought to mind a more local story .

There is a short film online titled "One Man's Mission to Revive the Last Redwood Forests." A very tender short film account of ONE MAN'S dream....and what he did about it. Not for himself, but for the children of our future. He calls it ''assisted migration''. Interesting AND inspirational.

It started me thinking about Portland's own lovely Hoyt Arboretum and the work volunteers do there. You can always know a city's 'Heart' by its parks. They also maintain an excellent webpage.

I couldn't have left that dog behind either. How anyone could is beyond me.

I laughed out loud when that cockatoo decided to bust a move. So funny!

The astroturfing is just another warning that we should believe only half of what we see and hear ... if that.

My bro has a cockatoo and two cats.

My friend's cockatoo sings marching band songs, like the theme from " The Bridge Over the River Kwai."

I particularly enjoyed today's Interesting Stuff!!! Thank you so much.

That is one patient bear fishing. I don't think that would be a good fishing hole, but what do I know.

John Olive's talk on Astroturfing shows how easily people can be brainwashed. We need to use the media to teach critical thinking.

Ronni, wombats are about the size of koalas. Full grown koalas are big too.

Another story about saving/restoring the forest and the land in the Pacific Northwest is Saving Tarboo Creek, One Family's Quest to Heal the Land, by Scott Freeman. Highly recommended.

I am in awe of The Forest Man. If the young people in our lives should ask, “what can I as an individual do for the environment,” we can show them this film. Here is one man who, without a biology degree or a degree in forestry, without even shoes, and with few or no tools, single-handedly achieved a miracle just by hard work and perseverance. In fact, he probably knows as much or more than most forest biologists, and his dedication to the environment is magnificent.

What an amazing collection of moving, frightening, inspiring "interesting stuff"! Thank you, Ronni. Ditto to Emma Jay's comments above, for sure. The contrast between The Forest Man and Astroturfing is so eloquent. Bless David for somehow managing to do what I would have wanted to do but let myself be dissuaded from doing.
And I applaud your tweak to that amusing cockatoo video ... adds a huge new dimension!
Thank you!