Classical music has been used in numerous films but there are a certain few where the music has been inextricably linked to them. I'm going to feature some of those today. I imagine you know all of these, but it's fun to revisit them. 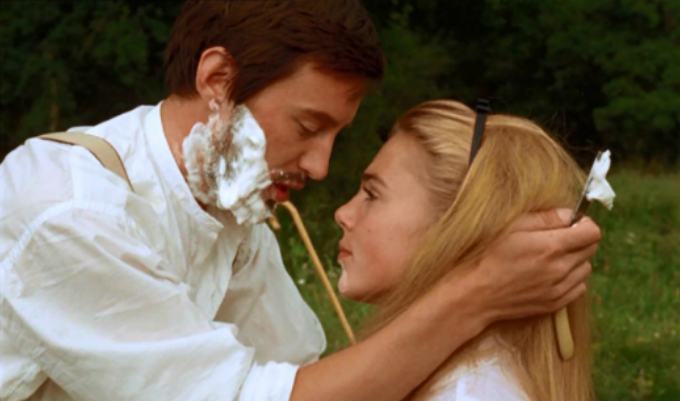 “Elvira Madigan” is the only film on the list today that I haven’t seen, however, it does include Mozart’s music so I’ve included it. The music is his Piano Concerto No.21, the second movement. 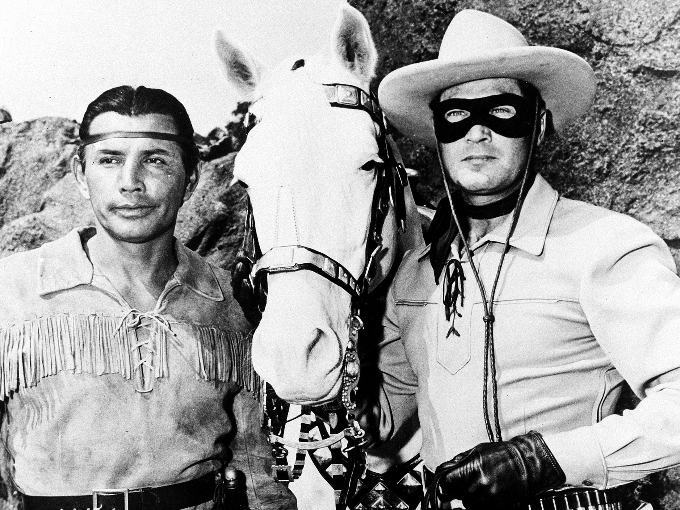 I haven’t seen a film of “The Lone Ranger” but I watched the TV program enough times when I was young so I think that counts.

There's an old saying that anyone who can listen to Rossini’s overture to his opera “William Tell”, and not think of “The Lone Ranger” is a civilised person indeed. I guess that makes me uncivilised. I don't think I'm alone.

Of course, when you listen to the complete overture you might be sitting there thinking, when does the famous bit kick in? Quite some time into the piece, is the answer. 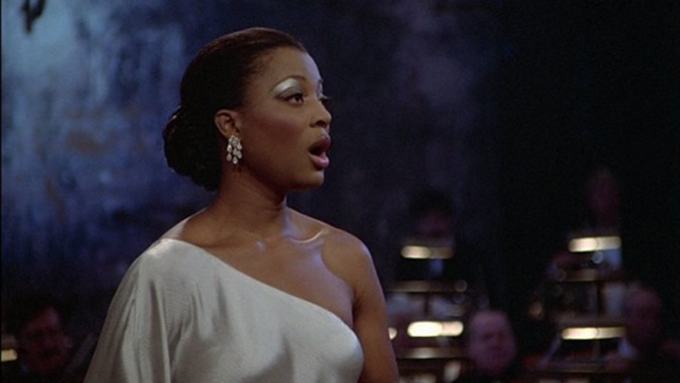 “Diva” is a French film that’s worth searching for if you haven’t seen it. It’s about a reclusive opera singer, played by Wilhemenia Fernandez, and an obsessive fan who wants to record her. The piece of music featured throughout is the aria Ebben Ne andrò lontana from Catalani’s opera “La Wally”. 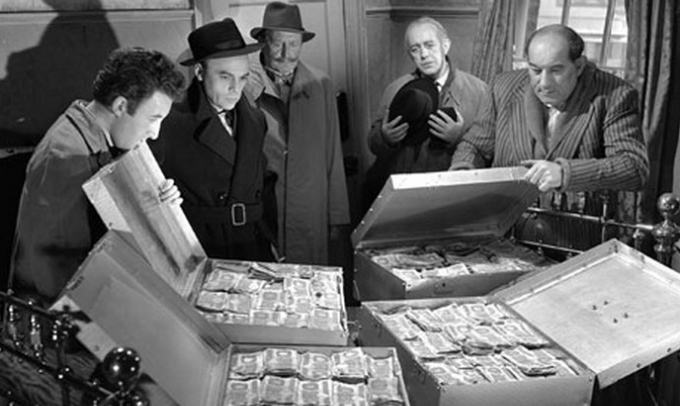 “The Lady Killers” is an entertaining tale of a bunch of crooks who pretend to be a string quintet to fool their landlady while they are plotting. What could possibly go wrong? The piece they play, and when I say play I mean play a record of, is a string quintet by Boccherini.

Old Boccers wrote music for a group called the Font String Quartet. He liked to play with the lads himself, so he added an extra cello part for himself and thus created a string quintet.

His most famous is the one used in the film, String Quintet in E major, G. 275, the third movement, a minuet.

Just about everyone knows the start of this film. The music used over the initial sequence is a small part of Richard Strauss’s Also Sprach Zarathustra.

It's a good thing that Stanley Kubrick only used this first bit because, to put no fine point on it, the rest of it is quite tedious – and it does go on for quite some time, so we're spared that.

So, here is just the first bit of the first movement of the tone poem by Richard Strauss called Also Sprach Zarathustra. 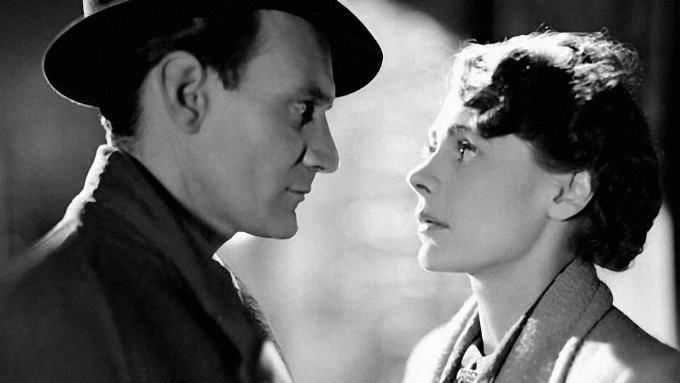 Do films get any more British stiff-upper-lippery than Brief Encounter? No, they don’t. It’s probably the most passionate film ever made where nothing actually happens.

It all doesn’t happen to the sound of Rachmaninov’s Piano Concerto No. 2, mostly the second movement. 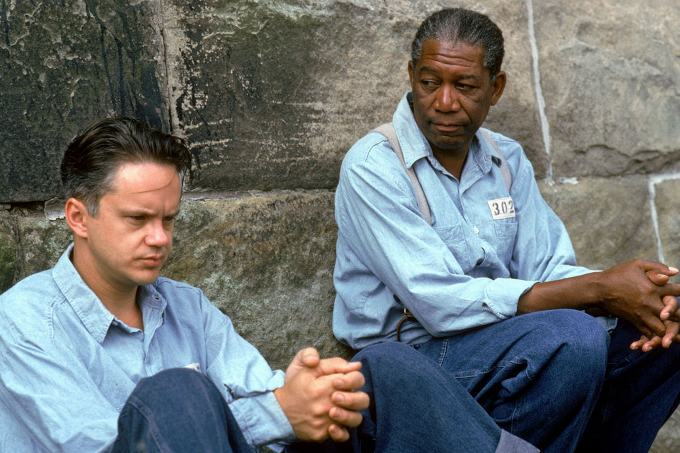 This is a rare recent film that’s on the list of a lot of people’s favorites, including mine. (Rare because there would be few recent films that most of us would even consider for that list – or is that just me?)

There is a scene where prison inmate Andy (Tim Robbins) locks himself in the warden’s office and broadcasts to the entire prison the Letter Duet from Mozart’s “The Marriage of Figaro”. His friend Red (Morgan Freeman) says, “For the briefest of moments, every last man at Shawshank felt free”. 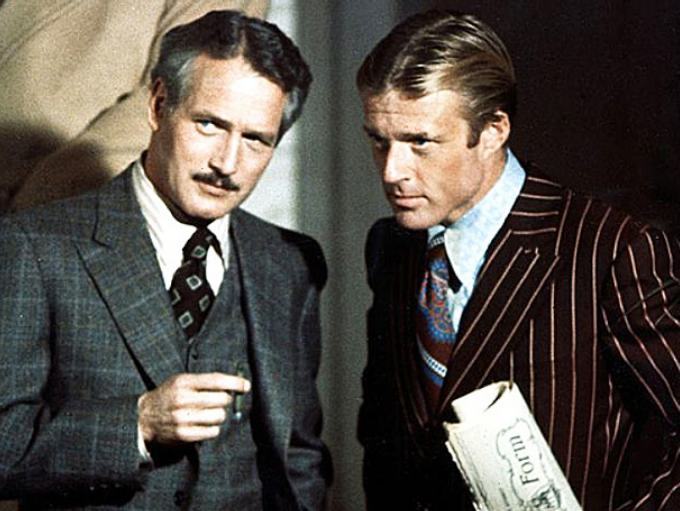 "The Sting" brought the music of Scott Joplin back into the spotlight where it’s remained since. That was a bit odd because the period in which the film is set is some decades after Scott’s music was popular. Doesn’t matter.

The tune that was probably considered the main theme of the film is The Entertainer.

THE ADVENTURES OF PRISCILLA, QUEEN OF THE DESERT In case you’re unaware, Priscilla is the name of the bus used by the main characters to travel from Sydney to Alice Springs. During the journey Felicia (Guy Pearce) got on top of the bus and sang along to Joan Sutherland performing E'strano Ah fors'e lui Sempre libera from Verdi’s opera “La Traviata”.

“Death in Venice” used the music of Mahler quite extensively, sampling a couple of his symphonies. The biggest chunk was the fourth movement of Symphony No. 5. Like much of Mahler, this does go on for a bit so you could probably go and make a cup of tea or coffee. Perhaps cook some toast.

These are great...but short. They all cut off and return to the beginning so I never got to hear the Lone Ranger part of the overture. But 2001 made up for it!

Hello Barb...
I'm sorry you're having problems playing the music but the difficulty is at your end. Everything works as it should on all three of the browsers on which I check the blog. There are almost countless possibilities that might cause an incompatibility of some kind so I can't make any suggestions.

Great column, thanks! The Boccherini, in particular, was a piece I didn't knowwhen I saw the movie many years ago, and I can't hear it now without thinking of the thugs in the rented apartment! I also once heard the minuet played by a saxophone quartet, which was, oh, a little surreal.

Also, yes, indeed, the film The Sting single-handedly brought Joplin back into general popularity. (Just as an interesting aside, I once heard a pianist doing background music at lunchtime in a very fancy restaurant, and what he was doing was alternating subdued short Chopin pieces with subdued short Joplin pieces, and it was a *perfect* pairing.)

Forwarded to my husband who is also interested in classical movies and films. Here is his response:

I know all of these films and their scores, a good choice. Glad to see films like Brief Encounter here, directed by David Lean, my favorite Rachmaninov piece (and probably everyone else's)! I was just thinking about the Elvira Madigan score this last week!

One comment to make about 2001. The score as we know it is actually a "temp" score created to go with the film during post production; this is a common practice. A score was being written by Alex North.

Kubrick decided to discard North's score and used the temp score, in a very rude manner to treat anyone let alone a distinguished composer. [I have North's score on CD.]

As it stands, the Also Sprach Zarathrustra works very well, but many of the temp selections don't do much for me. I saw it again this summer (new 70mm prints, entirely photochemical, supervised by Christopher Nolan). Ok, the film isn't bad, but I still find it pretentious and the score to be sophomoric.

Mahler, as well as Death in Venice, are high-end finely-crafted, but I like them both.

Anyway, thanks much for the forward.

Ah, Peter, about half of your selections are on the flash drive from which I play mp3 files through my car's system. Now, I'll see that the other half get there.

The Shawshank Redemption was very disturbing, but very well done. I loved the music over the PA system.

I'm not a movie maven, but most of the soap operas to which I listened in the 1940 had classical music themes.

One of the attractions of movies to me is the musical score including current years. Some of the earliest I recall were from movies I saw as a young girl in the 1940’s. Pieces were actually performed on screen as part of the movie story. A favorite in the mid-‘50’s when I first saw the movie was the original Fantasia. These you feature here are most enjoyable, too. Tech quality improved through the years though I consider digital secondary.