That was for a couple of reasons: to keep the family together (my sister had already made that move), and to ensure a good education for the next kid (me) as my big sister really had to struggle to do that on her own – she was the only person in her year 12 class.

It was also a pretty good year for music.

It was with the group THE TEDDY BEARS that we first encountered Phil Spector. This was ostensibly a trio; the other two were Marshall Leib and Annette Kleinbard. There were others who came and went, most notably Sandy Nelson who had a later career as a drummer. 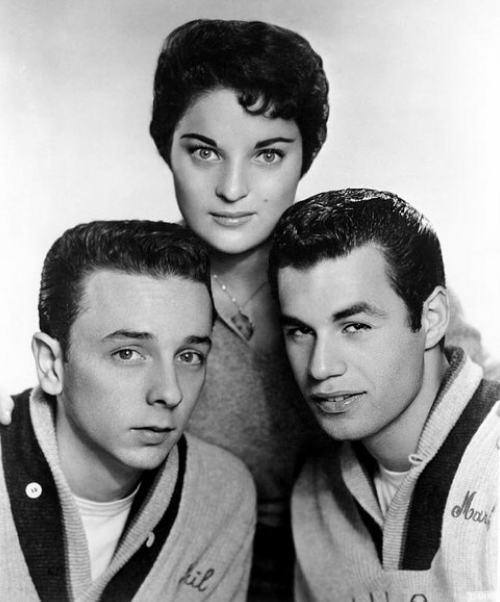 Phil wrote the song To Know Him is to Love Him for the group and particularly for Annette to sing the lead. It was their only hit. Annette later changed her name to Carol Connors and had a successful career as a songwriter.

♫ The Teddy Bears - To Know Him Is To Love Him

Does music from this year get any better than this? That’s a rhetorical question to which the answer is no. That’s because we have THE PLATTERS. 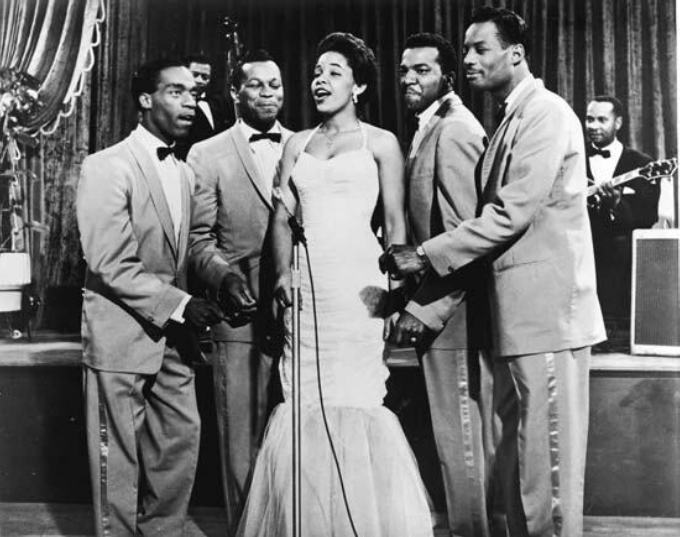 The only question really is which song to play. I decided on one of their best, Smoke Gets in Your Eyes.

♫ The Platters - Smoke Gets In Your Eyes

BILLY GRAMMER was both a singer a fine guitarist. 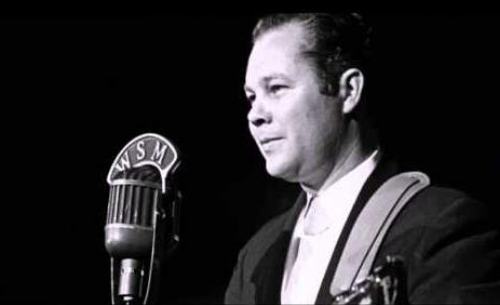 He was one of the few who had a signature guitar made and named for him. Not just that but the company changed its name to the Grammer Guitar Company. He had a few hits during his career, the biggest of which was Gotta Travel On.

COL JOYE was the second biggest rock & roller in Australia at the time. 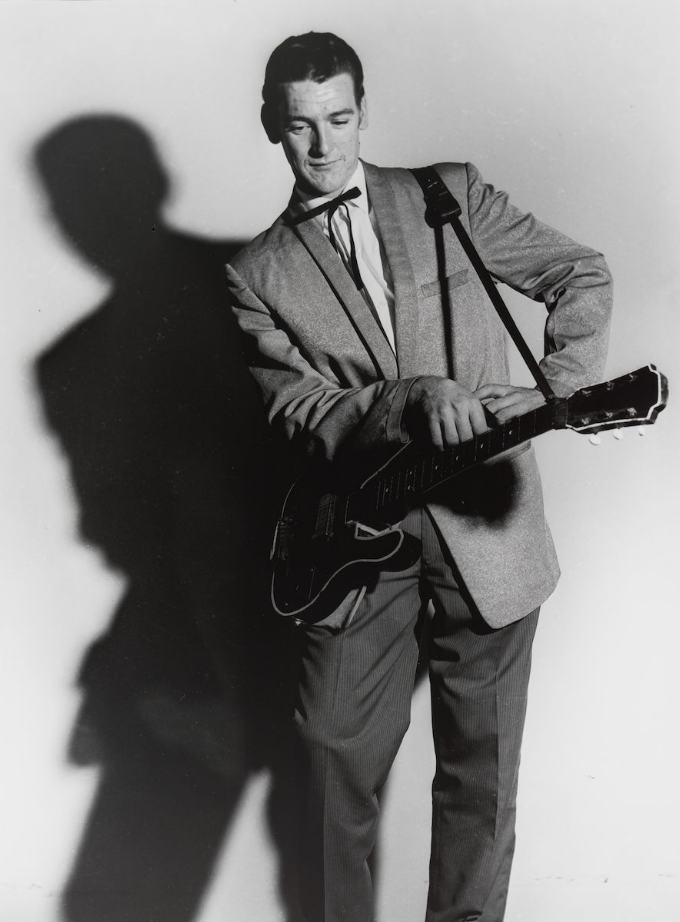 He was the one the parents liked rather that the outrageous Johnny O’Keefe whom the kids liked. Sort of like Ricky Nelson and Elvis in that regard. Col’s contribution is Bye, Bye Baby Goodbye.

By this year, FATS DOMINO had been making records for at least a decade, so he knew what he was doing by this stage. 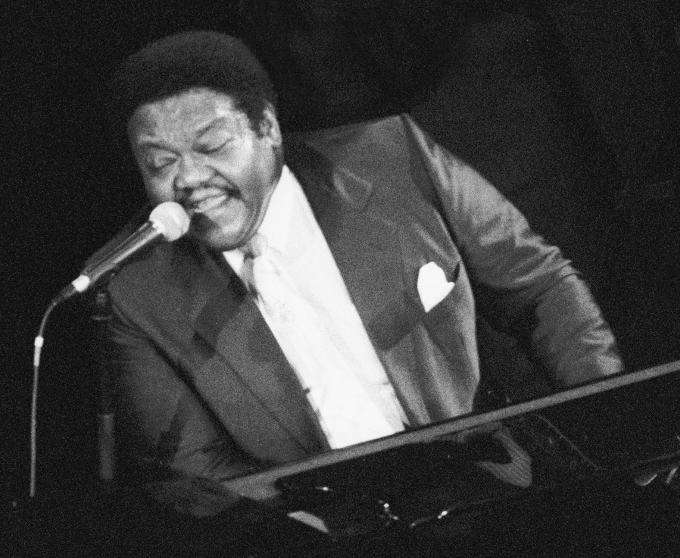 One of the things he did really well was the song, I'm Gonna Be A Wheel Some Day.

♫ Fats Domino - I'm Gonna Be A Wheel Some Day

Along with two or three others, GUY MITCHELL was a breath of fresh air in the early fifties. He, and they, showed this kid that there might be some interesting music out there amongst all the dross. 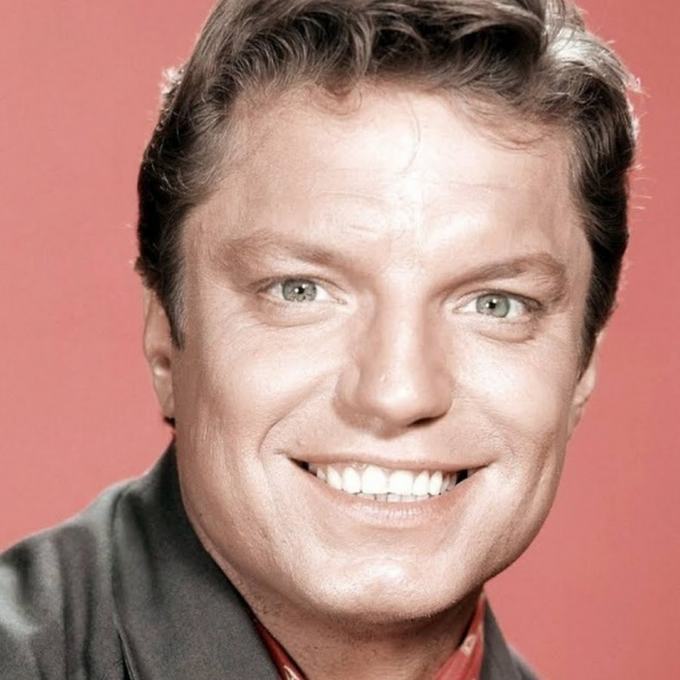 Guy kept making good records as the decade went on, one of which is Heartaches by the Number.

♫ Guy Mitchell - Heartaches by the Number

FRANKIE FORD was another native of Louisiana who took up music at an early age. 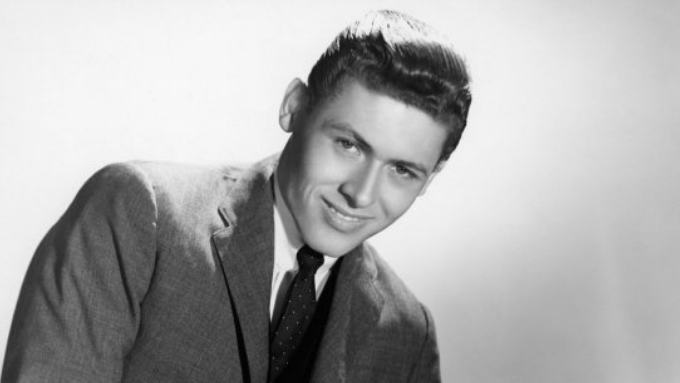 After some minor success he was used as a backup vocalist. When he did this for Huey “Piano” Smith with Huey’s song, Sea Cruise, the record company decided to release Frankie’s version as Huey already had a couple of songs on the charts. Frankie did likewise with the song.

You can be pretty certain that MARTY ROBBINS would be present this year. 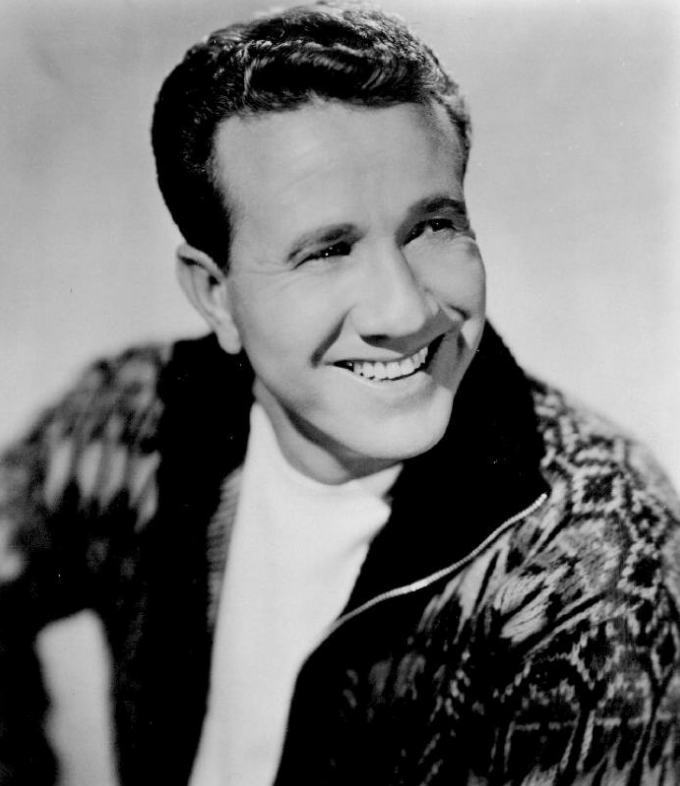 Marty seems surprised that seventeen and eighteen year olds were getting together. Oh, Marty, Marty, Marty they’ve been doing that since we evolved into humans (and no doubt before that). She Was Only Seventeen.

♫ Marty Robbins - She Was Only Seventeen

By now anything the EVERLY BROTHERS recorded was guaranteed to top the charts. 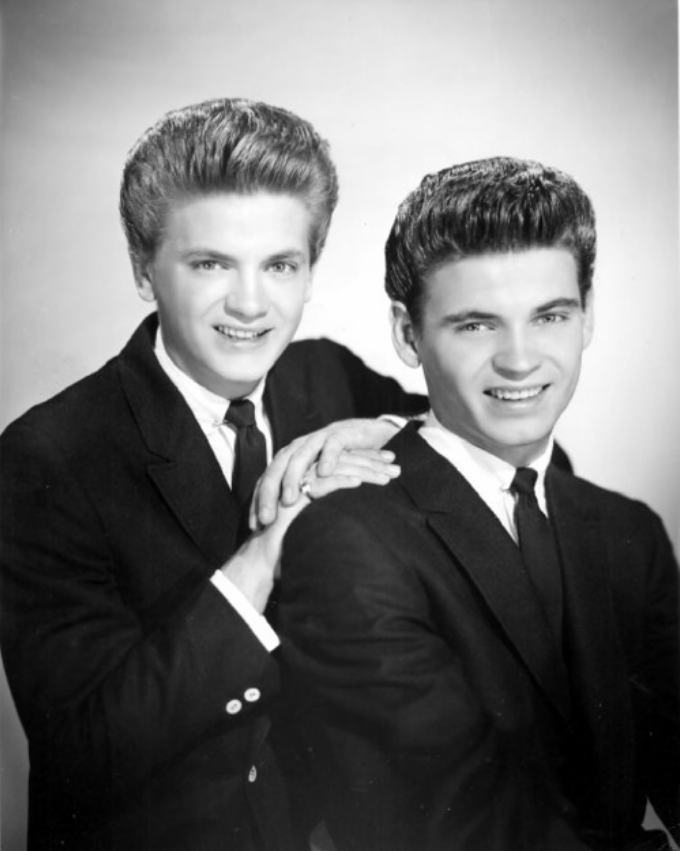 This is a tale of woe that the lads don’t want Mary to know about; that is that they’re banged up in the clink. She might figure that something’s wrong when they don’t come home. Take a Message to Mary.

PHIL PHILLIPS received a pittance from his recording of Sea of Love. 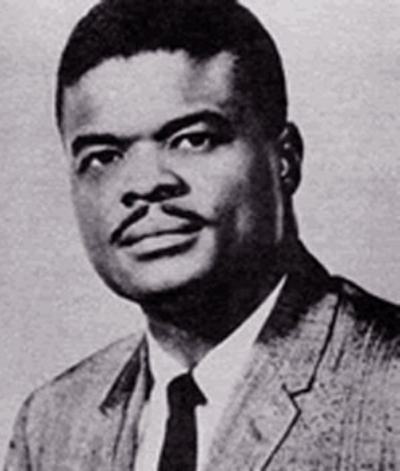 He wrote the song, recorded it and saw that it hit the top of the charts, selling more than a million. He recorded an album but refused to have it released due to the shonky deal the record company struck with him.

He’s still trying to get his due after all this time. It’s particularly galling as the song has been covered quite often and was used in the successful film of the same name.

1959 was my year, too. Just turned 17, everything so dramatic and emotionally charged!!

Can still sing along, mostly. I hope Phil Phillips gets a fortune in interest alone.

Thanks Peter and Norma.

I was 16 that year. And just seeing the titles is enough to start the lyrics running through my head. Amazing, considering I haven't thought of these songs for nearly 50 years.

I think I was in Jr. High (now middle school) when I first head "Smoke Gets In Your Eyes" and liked it. I promptly went to the piano and played it and, by listening over and over, memorized the lyrics which I can remember to this day.

I rarely had money for sheet music so played all the music 'by ear'.
I think the version by the Platters is lovely, but the extra two beats they put between each line drives me crazy.

Thank you for this one! It brought tears and smiles to me, sometimes at the same time. What memories! 19 years old and in Miami, FL and falling in love and jitterbugging, and working at an exciting job at a TV station! Oh, life was good and a real roller coaster! As good as it gets. Even at 82 years old these memories are clear and very precious! I remember every word of every one of these songs. The old vocal cords are weak and wobbly but in a quiet room all to myself I still sang along although sometimes only in my heart.

Appreciate all you do. Loved this year.

I have been posting a 50's song on my blog every Friday. I post a YouTube video and the lyrics. You have given me a lot of fuel for that Friday Sing Along. I have found that there are not many female vocalists from that era.

The Platters are one of my most cherished groups of all times! (I'm 72)
I live in Europe (Lisbon, Portugal), I was a young teenager, I could not speak English yet, but I was able to sing Only You, word by word. Later on, Smoke gets in your Eyes would bring tears to my eyes! I love them!!
As well as Fats Domino (fabulous) and the Everly Brothers (I got one of their 45 rpm on my thirteenth birthday )
Thank you

I was 18 and had already met the love of my life. We were together 57 years until he passed away in 2014. So many memories while listening to your music choices especially "Smoke Gets in Your Eyes". I can get tears and chills just listening to any of the Johnny Mathis hits, as well.

Thank you for the sweet memories!