THIS IS SO SWEET

The Daily Show host, Trevor Noah, talks about his 90-year-old grandmother who lives in South Africa. It is lovely.

Because I might not be here next year to include it, let's do this one more Christmas video - it's too good to miss. Posted to YouTube in 2015, it was

”A special holiday musical presentation from Union Station in Washington, DC celebrating the service and sacrifices of our nation's World War II veterans and commemorating the 70th anniversary of the end of the war.

“Featuring The USAF Band, Washington DC, an extraordinary dance troup from NYC (choreographed by Jessica Hartman), and a cameo appearance by Secretary of the Air Force Deborah Lee James.”

Thank Darlene Costner for sending it.

A RIDE IN A WW2 FLYING FORTRESS

Speaking of World War II, reader Mage Bailey sent this video of a ride in a Flying Fortress. Yes, I know it looks like a long video but actual take-off doesn't occur until about nine minutes in so you can scroll ahead if you want to skip the leadup.

50 TIMES CATS CRACKED US UP

...or made us say “awww.” Fifty photographs of cats doing the funny and cute things they do. Here is a taste: 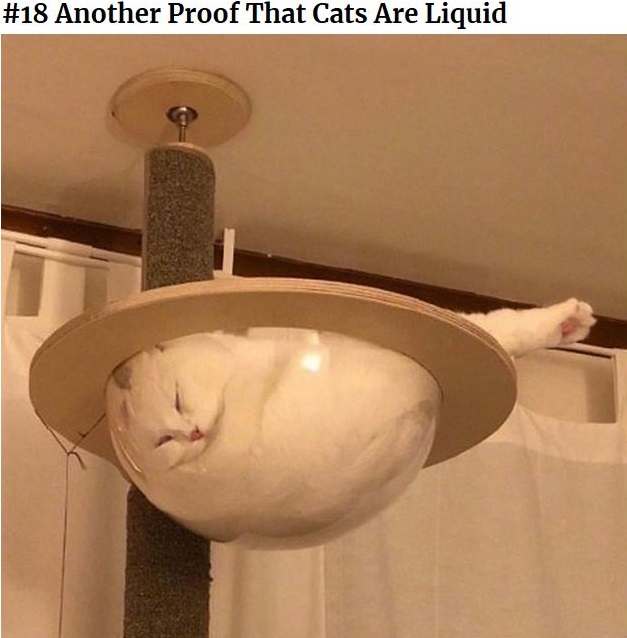 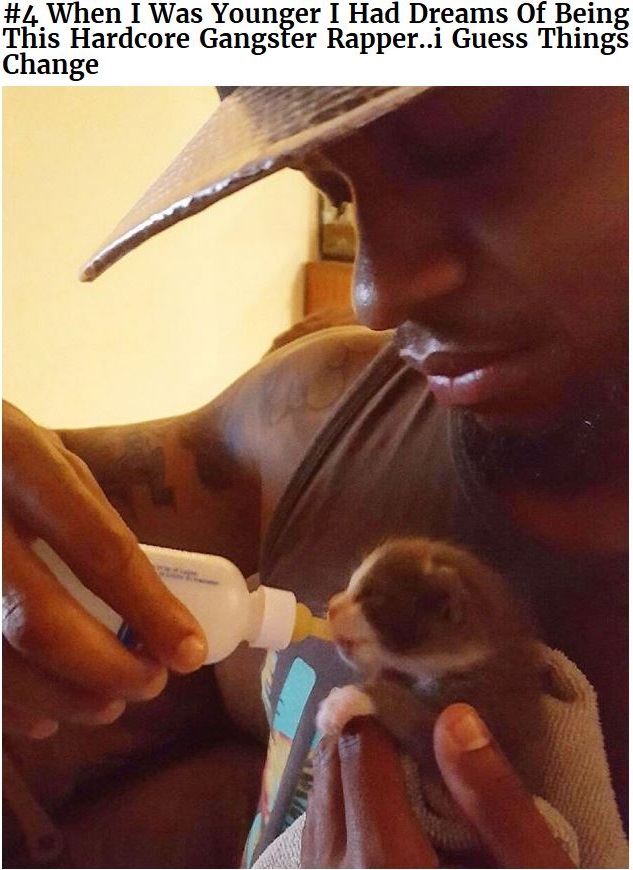 These are from Bored Panda where there are 48 more kitty photo to entertain you.

FOR ALL THE WONDERFUL OLD MEN I KNOW

TGB reader Joared who blogs at Along The Way, sent this song by the inimitable Nancy Wilson: An Older Man is Like an Elegant Wine. Lyric is the below the video:

Some things are worth waiting for
Some things improve with age
Like a vintage wine, growing mellow and fine
As you let it reach the proper stage
Well, wine is not alone in getting better with the years
A man is at his greatest when he's graying 'round the ears

Chorus:
Yes, an older man is like an elegant wine
He's had the time to mellow and refine
A youth, I'd say, is a Beaujolais
Attractive but light
While a man who's mature has the powerful allure
Of a robust Bordeaux, with a sumptuous glow

That's why the man whom I would like to call mine
Will be an older man, who's like an elegant wine
He'll be strong but sweet, just right to soothe my troubles away
And he'll warm like the glow that you feel head to toe
When you savor the sock of a grand Armagnac

That's why the man with whom I'd like to combine
Will be an older man who's like an elegant wine
And when I need him, I'll enchant him
Hug him, kiss him and decant him

”More than a century after James, Rilke, and Dickinson, a different Emily — the pathbreaking comedian, philosopher, steward of poetry, and my beloved friend — offers a brilliant, funny, bittersweet, largehearted meditation on the existential art of befriending our finitude as she faces her own terminal illness:

“'We don’t live in Newton’s clockwork universe anymore — we live in a banana peel universe, and we won’t ever be able to know everything, or control everything, or predict everything...

“'I love being in sync with the cyclical rhythms of the universe. That’s what’s so extraordinary about life — it’s a cycle of generation, degeneration, regeneration.

“'I am just a collection of particles that is arranged into this pattern, then will decompose and be available, all of its constituent parts, to nature, to reorganize into another pattern. To me, that is so exciting, and it makes me even more grateful to be part of that process.'”

POLAR BEARS AND THE BLIZZARD CAM

Can Blizzard Cam save itself from the curiosity of three teenage polar bears?

”In a fascinating clip from the BBC show Spy in the Snow, a trio of teenage polar bears kick a snowball shaped camera around in between playful bouts of fighting. The snowball cam was purposely left behind by the larger and much faster blizzard cam as a decoy.”

”If you were a kid in the ‘80s, you might recognize this man, or, at least, you’ll recognize his velocity of speech. John Moschitta Jr.’s motormouth dominated the airwaves with stints as the fast-talking FedEx guy, Mr. Testaverde on Saved by the Bell and the infamous Micro Machines Man.

“With the ability to say up to 11 words per second, Moschitta broke the world record and made a career out of his dizzying cadence. The Guinness-certified speed talker sat down to give us the whole scoop on his life in fast lane. Now, try to keep up. “

TWO DOGS AND AN OTTER AT PLAY

I'm pretty sure I've posted this video in the past but I had just as much fun with it the second time around. Too bad the dogs' owner didn't shut up and let them have fun playing tag and getting to know the otter.

Thank you for posting the lyrics and video with Nancy Wilson, Ronni.
The sing-a-longers among us will rejoice.

I am a long time fan of this remarkable lady and she will be missed by all who valued her many contributions to make life better wherever she traveled during her 50+ year. carreer. She was 81, and died in December. Her velvet touch changed my view of jazz...as I remember one album from the 60's. "Yesterday's Love Songs / Today's Blues". Almost describes aging , don't you think?

Regarding "an older man is like an elegant wine". This from another interesting lady...

..."I only like two kinds of men, domestic and imported."
The inimitable Mae West.

Loved the dogs and the otter.

The cats!!!! My favorite, plus the dogs with the otter. Oh, and Trevor's Grandma.

It was great watching the YouTube video of the Air Force band especially with all the nonsense that is going on in DC right now. Going to save it for next year. Thanks for sharing it again.

Many of the cat photos are very funny or poignant, but #50 is so obviously an act of cruelty to a tiny kitten staged for laughs that it ruined the whole experience if not the whole evening. A viewer had pointed out that fact and plenty of people had upvoted her comment, but many had also upvoted the photo. I wanted to send a complaint but was unable to register on the site to do so.