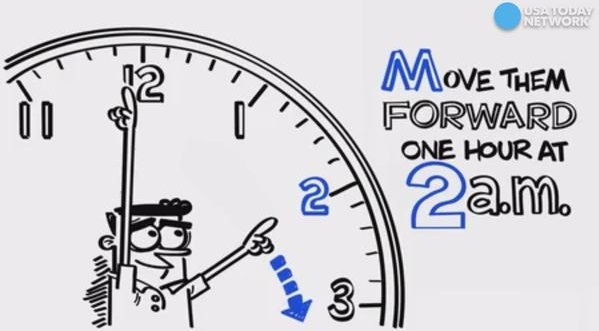 Spring forward again. If like me you still have clocks that don't update digitally, you need turn them forward one hour on tonight.

If you feel like you just did this yesterday in reverse, you're almost right. We did it just last November. But at least we don't need to think about it again until November.

If you are interested in the history and background of daylight savings time and recent efforts to do away with it, there is more than you could ever want to know at Wikipedia.

THE BLESSINGS OF AGE

Even if you quibble with a few of these elders' attitudes about growing old, mostly they are happy with their generally quiet lives – unlike the media's urging us to join outlier old people who climb mountains and bungee jump.

Here is a short documentary by Jenny Schweitzer Bell titled, The Blessings of Age.

There is more information at The Atlantic.

I don't often think about opossums (opossi?) but as this video tells us, they are a lot more interesting than I imagined.

National Geographic is probably more well-known for its stunning photography rather than the articles it illustrates. The organization just published the current winners, runners up and others from the recent contest. Here are two to whet your appetite: 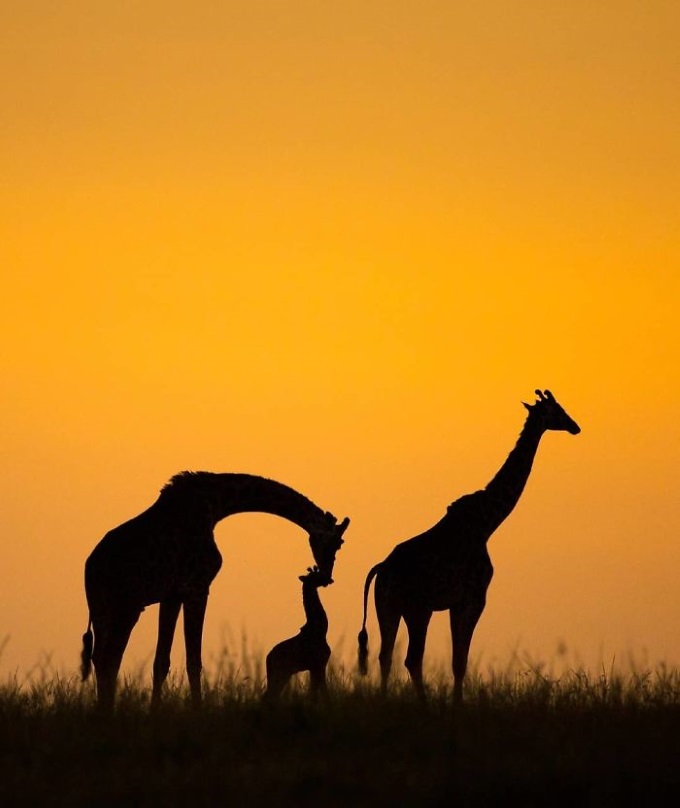 You can see the rest at Bored Panda.

For going on two years, I have racked up about a million dollars in treatment for pancreatic cancer. And I have not paid a penny more except for a supplemental plan and the small Medicare deductible each year and Part B premium.

Everyone, not just old people (and a few others) should be free from financial worry when they are sick. Without that, in my case, there is no way I could have paid for it and I would undoubtedly be dead now.

There are some new political/policy movements to figure out how to expand Medicare to everyone. It won't happen as quickly as Congressional Democrats seem to think, but I believe this conversation period will lead to it eventually.

More than 42% of the 9.5 million people diagnosed with cancer from 2000 to 2012 drained their life's assets within two years, according to a study published last year in the American Journal of Medicine. via @annagorman KHN/@NPR https://t.co/cNinEMGYFK

The original Twilight Zone TV show was broadcast from 1959 to 1964 and is still a popular choice on Netflix and other streaming service – well, it certainly is with me.

Here is the trailer for the new imagining of it:

The new program premiers on 1 April. Unfortunately for me, it will be exclusively on CBS All Access, a pay service I do not subscribe to, so I won't know if it is as well done and compelling as the original.

FLYING WITH THE BIRDS

We end today's Interesting Stuff with two videos of birds from two realms: sky and ground.

According to Big Geek Daddy,

”Christian Moullec takes us some amazing flights with his birds in this wonderful video. He has been helping birds migrate from Germany to Sweden since 1995. His efforts have raised awareness about the disappearance of migratory birds in Europe.”

”Lisa, who goes by the name Ostdrossel on her social media, has always been fascinated by nature and birds, so when following her love to Macomb County in Michigan from Germany, she had an urge to get a little closer to the birds in her yard that are uncommon in her homeland.

“She began exploring the ways to make it possible and as a result, she has thousands of images capturing different gorgeous bird species, their funny expressions, majestic poses and sometimes crazy behavior.” 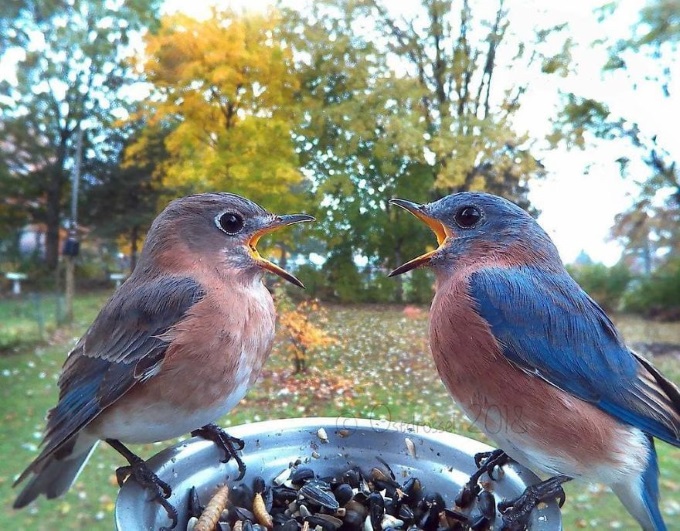 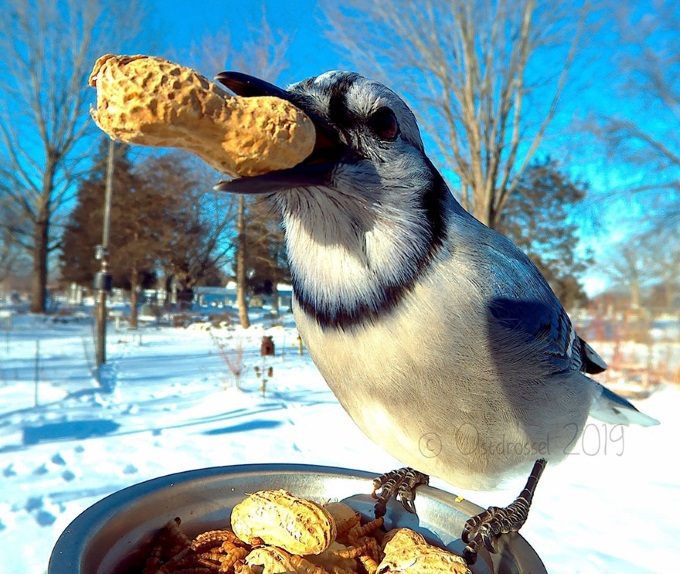 Many more are at Bored Panda.

Ronni: I just had the chance to read Wed. & Friday TGB posts & it has absolutely made my day. I love CRAFT...…….hit the nail on the head...…...does anyone say that anymore? Every one of the posts is a gem & just says it all. I'm 82 & my grown children…..all in their late 50s just don't get it so I save my thoughts for friends close to my age of 82.
I just pray every day that I stay lucid & am able to remain in my present "just right" condo. The kids have other ideas, but I'm not budging...…..I own it, I'm keeping it. A year ago, I almost met my maker & some days I wish I had. People my age understand that comment, not so the kids. I'm alive today because of them...……...they wouldn't agree to a "dnr" so I returned from that safe place. Oh well, I've told them not to do that again if the occasion arises & they agree. So thank you so much for your wisdom & your wonderful writing. Stay well as long as you are able...…...so many of us need you. :):):)Dee

What most young people don't realize when, or if, they think of the elderly is that we are just older versions of the the 17 year-olds we once were. True, our well broken-in bodies don't allow us to do the things we once did and we may not like the music they play today or their excessive obsession with Twitter, Instagram and smart phones. But our views on life and love and fun are the same as theirs. We are, in fact, just like everybody else except that we have a ton of experiences under our belt that we draw from that keeps us on an even keel and allows us the freedom to dream of what was and what can be.

Thank you for this great Interesting Stuff Ronni. I especially love the bird and possum posts. I would love to fly in a microlight with migratory birds. I'm hoping we get to do something like that when we die -- perhaps have a next life as a bird or just experience the sensation of flying like one. What blissI

I certainly have no complaints about my Medicare. And like you, my experience with cancer would have put me in the poor house immediately. The Neulasta shots alone that I had after each infusion (total of four) were $10,000 each. The mechanics of implementing Medicare for all are far beyond my feeble math skills, but if it could be done, it's certainly a worthy goal. (Frankly I don't expect we'll ever manage to put today's health insurance companies out of business.)

Crossing my fingers that the new Twilight Zone is as good as the old. Many of those old episodes are legendary.

Daylight Savings Time - huzzzah and hallelujah! Thank you for the excellent news, I'd spaced it out. It's been (and is) an extra-long winter in Montana, and the time change is indeed welcome.

Does anyone know what “Medicare for all” would actually mean?Medicare with the F plan supplement is far different than Medicare with no supplement or with some of the others...the difference between life and death, literally.

Ronnie- Thanks for your posts and for living one more day. Love the film of birds. Opossums are not my favorite- they get into my garbage- I live in a remote rural area
and consider them right on a level with rats. However, the fact that they eat ticks is a big plus and I will reconsider my ranking of the opossum. Medicare for all is a good start. It would be wonderful if everyone in the country got the same care- then we could all gradually improve the health care outcomes for all and it would save lots and lots of money.
Thank you so much for your posts Ronnie and for your life.
Prayers for your well being and an easy passage into spirit.