In the middle of their successful period THE CHARMS split into two. 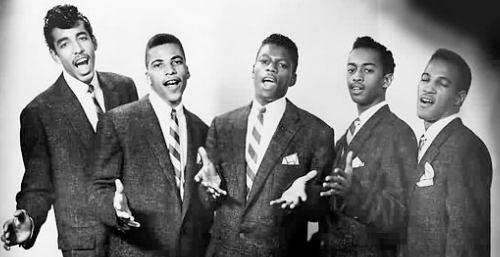 One group, who thought they could do without their lead singer, kept the name The Charms. The other, led by that singer, called themselves Otis Williams and The Charms. Otis is not the singer with the same name who later performed with The Temptations.

The song, That's Your Mistake, is performed by the Otis version of the group.

The Charms - That's Your Mistake

BILL HALEY was the first of the white singers to bring rock & roll to a wider audience. 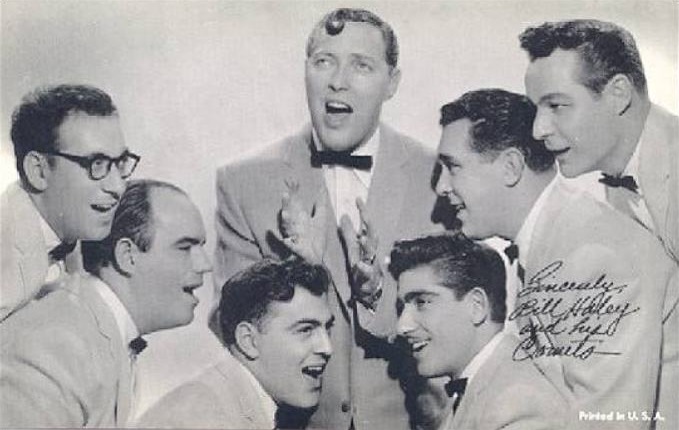 He deserves a place in the musical hall of fame for his best known song, but he had many more hits. One of those is Rock-A-Beatin' Boogie.

Bill Haley may have performed rock and roll before him, but ELVIS brought sex appeal to the music. Boy, did he ever. 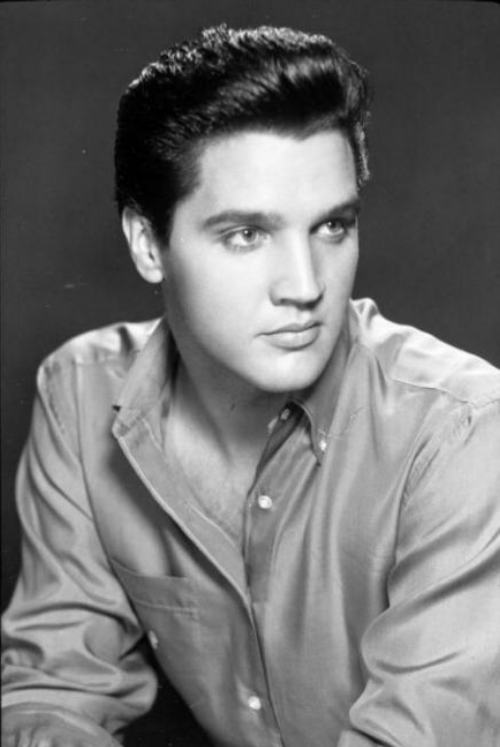 Elvis was just on the verge of hitting it big in 1955. He was still recording at Sun Studios (some say that’s where he made his best music; I refuse to comment on that).

One of the songs from the time is I'm Left, You're Right, She's Gone, with Scotty Moore and Bill Black backing him.

I'm rather surprised I didn't use this song on the previous two occasions I featured 1955. It's good in a way as I can include it now. I'm talking about FRANKIE LYMON AND THE TEENAGERS' biggest hit, Why Do Fools Fall in Love. It seems that a neighbour gave the group some love letters sent to him by his girlfriend (you have to wonder why he’d do that). The Teenagers read those missives and turned them into the song. The title was apparently common in the letters.

Frankie Lymon & the Teenagers - Why Do Fools Fall In Love

The songs that ETTA JAMES recorded around this time were covered by quite a few people, most notably Georgia Gibbs. 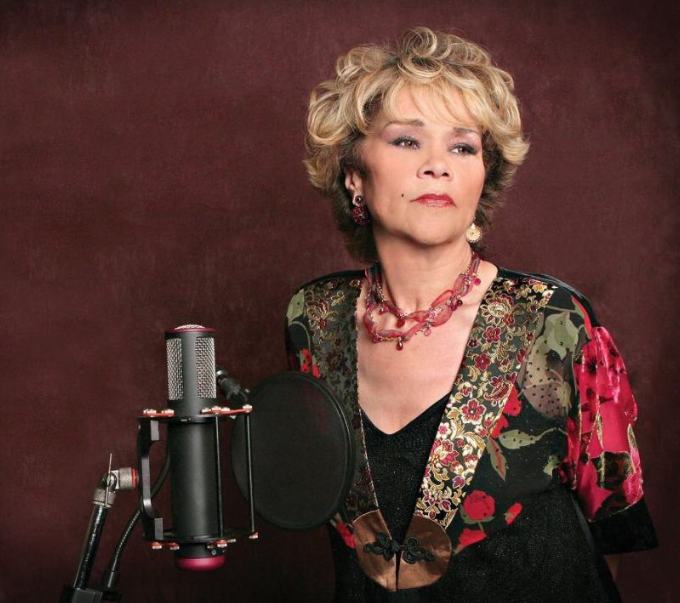 Etta’s song today was originally called The Wallflower. It’s probably better known as Roll With Me Henry. Georgia’s cleaned-up version was known as Dance With Me Henry. Let’s listen to the original, as it’s much better.

Etta James - The Wallflower (a-k-a Roll With Me Henry) 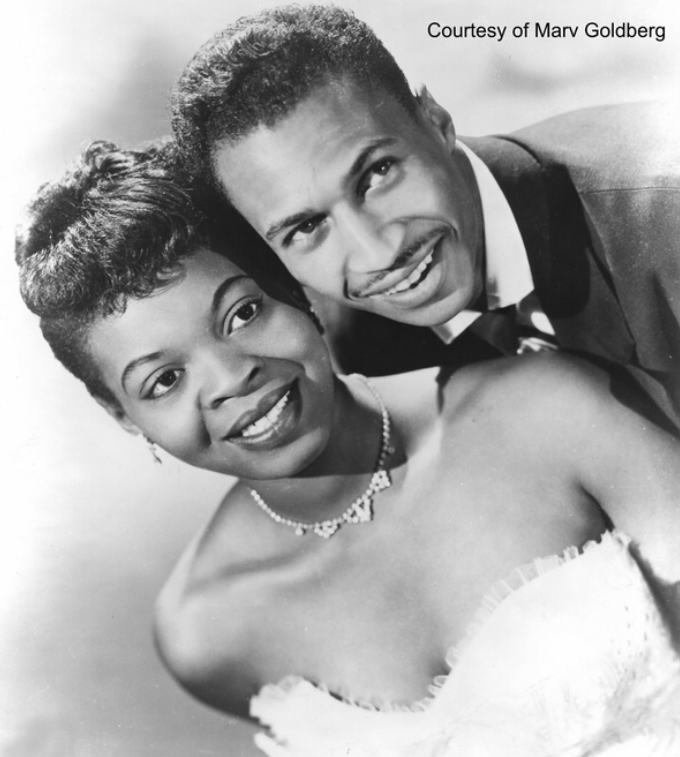 They were touted as Los Angeles’s answer to Shirley and Lee (from New Orleans). Some catty commentators suggested that the difference was that Eunice could actually sing in tune (ouch).

They were more lyrical and lighter than S&L, and that probably appealed more to younger teens at the time. One of their hits is This is My Story.

RUTH BROWN had a bunch of hits in the fifties. 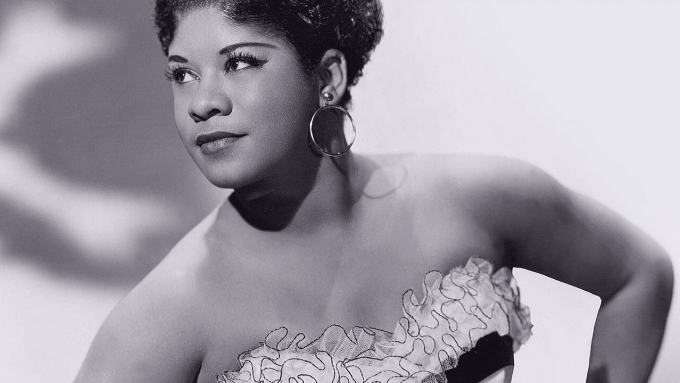 Most of them are worthy of inclusion in any of these columns. As this is 1955 we have to go with one of those from this year. The one I’ve chosen is As Long As I'm Moving.

BOYD BENNETT was a rockabilly singer who performed with his band The Rockets (or His Rockets, as they were usually known). 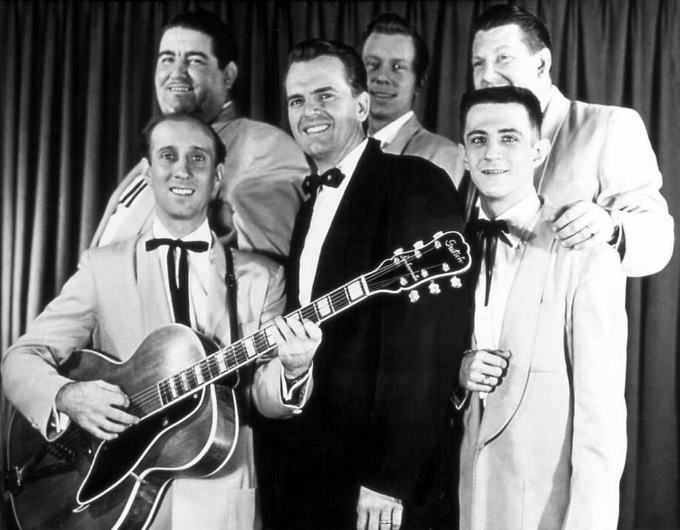 He had a huge hit this year called Seventeen, a song he wrote himself. Because it was so successful, others covered it and several versions made the charts.

I’m sure many other countries had people recording the song at the time – I know here in Australia the song was covered as well. However, here’s Boyd’s original.

♫ Boyd Bennett and his Rockets - Seventeen

THE JACKS were really another group called The Cadets. 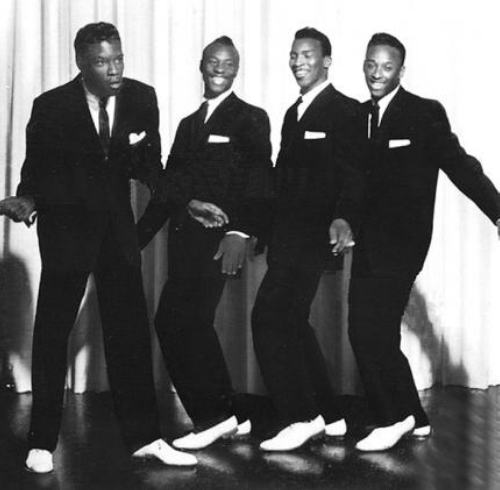 It seems that the group recorded the song Why Don't You Write Me? and they wanted to release it immediately. Unfortunately (well, really fortunately, I’d imagine), they already had a song on the charts at the time and the record company didn’t want another one by the same group to interfere with the sales of the first one, so they released it under the name The Jacks. It was also a success.

BIG JOE TURNER was a blues performer, but he had a huge influence on the development of rock & roll. 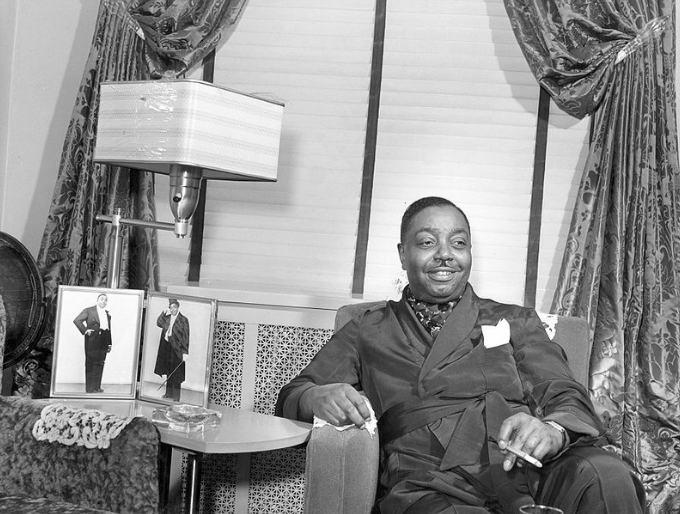 Everyone was listening to Joe by this stage, and both Bill Haley and Elvis recorded this song, Flip Flop and Fly (as well as other songs of his). An appropriate way to end the year.

When time comes, if that's even possible, that you run out of themes, perhaps a column each regarding ' recommended listening,' as well as one via our host, Ronni.

Talk about having a fun, regular to-do every week. Listening, learning, choosing, writing, etc., and you're naturals at this.

Boy, aren't we lucky to receive this each week.

Okay, sometimes I'm slow, and sometimes I'm REALLY slow; so just now (on Tuesday) clicking on Sunday's music column and none of the music links worked. Is it you or me??

- Turn up volume
- Right click on player to open in a new window. It will start playing

Or settings in your browser that I can't do anything about need attention.