In Britain, the Institute of Advanced Motorists' test examines a higher level of skills than the standard practical driving exam. Mrs Bradshaw first passed in 1977 but she decided to take it again to prove she still could.

This time, she was just one mark short of a perfect score.

More at the BBC.

STRANGE BEDFELLOWS - A CAT AND CHICKS

Nothing else to see except this one still shot – but it makes me smile and maybe you too. 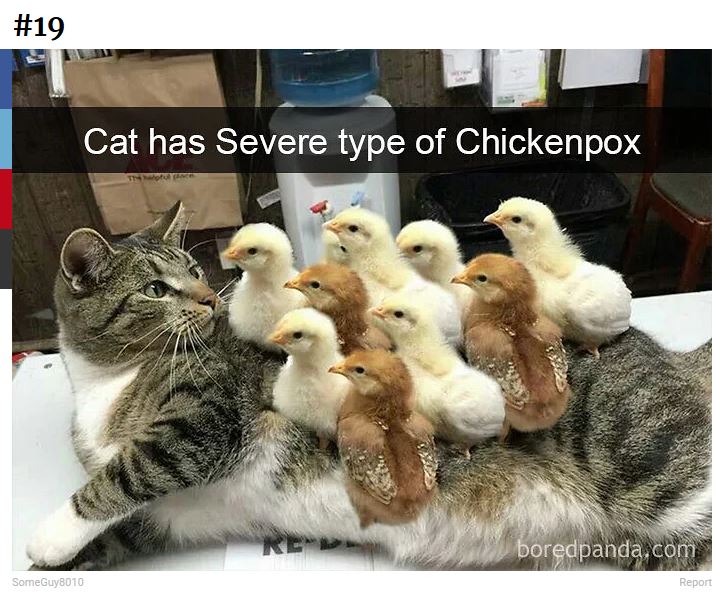 There are 49 more funny animal photos at Bored Panda.

Alex Trebek said Monday that the opening of the Centre for Geography and Exploration in Ottawa was the culmination of a "fantastic" two weeks, including what he hopes was his last chemotherapy session.

Who takes care of zoo animals when was breaks out? There are people who do that. As the Youtube page explains:

”Imagine being trapped in a cage as active combat rages around you. That’s the terrifying reality for zoo animals living in war zones. Veterinarian Amir Khalil is saving as many as he can. He runs the rapid response unit of the animal rescue organization Four Paws and risks his life rushing into trouble spots around the globe, treating and evacuating shell-shocked, starving and injured animals.”

CO2 HIGHER THAN EVER BEFORE IN HUMAN HISTORY

Reports TechCrunch, among most other news sources,

”The human race has broken another record on its race to ecological collapse. Congratulations humanity!

“For the first time in human history — not recorded history, but since humans have existed on Earth — carbon dioxide in the atmosphere has topped 415 parts per million, reaching 415.26 parts per million...” 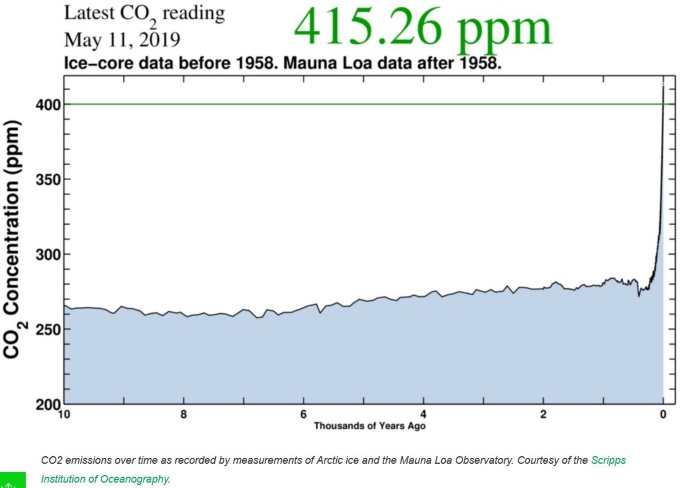 Or, perhaps we could look at this way: 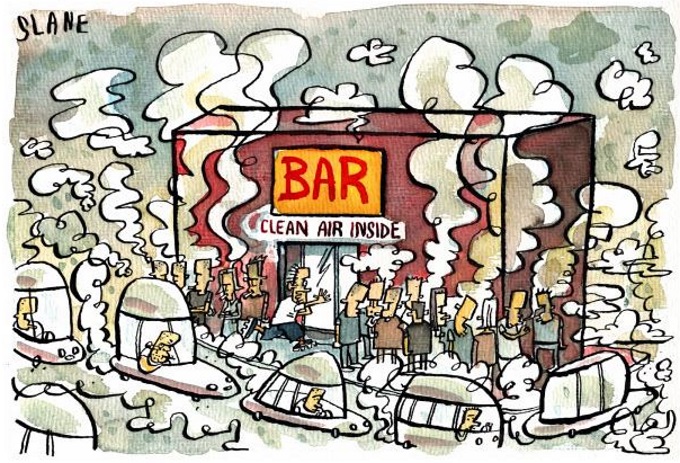 ”The properties of CO2 also mean that it adds to the greenhouse effect in a way that other emissions do not, thanks to its ability to absorb wavelengths of thermal energy that things like water vapor can’t. That’s why increases of atmospheric carbon dioxide are responsible for about two-thirds of the total energy imbalance causing Earth’s temperature to rise, according to the NOAA.

It's important because as of 1 October 2020, you will not be allowed to fly within the United States without a “Real ID” and most people so far do not have the proper kind of ID.

The TSA has answers for a list of commonly asked questions here.

A walk through parts of Notre Dame Cathedral in Paris.

There is more information and more photographs at ABC News.

”All residents will pay 58 cents on every $100 of income into the state’s trust. After state residents have paid into the fund for ten years—three if they experience a catastrophic disabling event—they’ll be able to tap $100 a day up to a lifetime cap of $36,500 when they need help with daily activities such as eating, bathing, or dressing.”

Washington Governor Jay Inslee signed the bill into law last Monday. You can read more at The Nation and The Olympian.

WHY OTTERS HOLD HANDS WHILE FLOATING

Well, the obvious answer is the correct one but you probably figured that out yourself. This is just an excuse to show you some really cute otters.

I did not realize that Alex Trebek had begun his chemotherapy much less finished it. Wow. He is amazing to have that going on and then do all the traveling and speaking. I am highly impressed. Thanks for sharing this.

Lots of smiles and chuckles from the chickenpox and the otters. Nature gave otters a huge helping of cuteness.

I love otters,cats and baby chicks.
I get my real ID on June 7th. Good to hear about Trebeck! I wish him well, along with you!

It's easy to forget about all the good things going on in the world. And then you see that beautiful veterinarian - saving the animals. I had a little breakdown over that story. Thanks, Ronni.

The war zone animal rescue vet meets my definition of a true hero! Animals have nothing to do with starting wars, unless they possess something of value to human predators like ivory tusks or beautiful fur coats, but they are among the defenseless victims. It's good to know that someone is looking out for them.

The new law in WA State comes too late to help us if we need LTC, but it could certainly help lots of people in the future. Way to go, WA!

Thank you, Ronni, for introducing us to Veterinarian Amir Khalil's sacred work.

Thank you for another great collection of interesting stuff today. It is a good balance of some uplifting stories, and one that is horribly discouraging -- the CO2 levels reaching historic levels. I suppose most of us here will never know how this whole climate change story plays out, but it's not looking good to me and I feel awful for the generations that are going to have to cope with it if the worst case scenario comes to pass.

I am astonished that Alex Trebak has already completed his chemotherapy treatment, and while managing a schedule that sounds rigorous for even the healthiest person.

Loved the otters -- they are among my favorite animals and so full of energy, curiosity and delight.

And I would just like to say to Thelma Bradshaw -- YOU GO GIRL!! -- Drive like the rock star that you are!

I'm lucky enough to have a valid US Passport, so I don't need the real ID, and will not get one. I don't plan to fly again---I despise the idea of being crammed into an aluminum tube to go somewhere, with a bunch of people who are sneezing all over the place. Every time I have ever flown in the past, I've had a cold within a week afterward. Flying? BAH!!!

And I adore the otters.

I need to get my driver's license updated for travel. Don't expect to need a passport any longer. If I go to Canada and can't get back in what will they do with me, keep me, one can always hope.

I checked my Florida driver license and it does have a star...plus I have a passport.

Love Four Paws! I want to donate to them. What a beautiful cause!