BOBBY DARIN changed a lot during his singing career – starting out as a rock & roller, then to a big band singer, a Sinatra wannabe, a jazz singer, a folk singer and blues performer.

I don’t think there are many of us who liked all aspects of his output, but I could be wrong. We’ll see today as that’s what I’m doing, at least to a degree. I prefer his early work.

Bobby’s folks knew him as Walden Robert Cassotto and he was from the Bronx.

Always in rather fragile health, he was motivated to succeed before he turned up his toes which happened at the too young age of 37.

Bobby started as a Brill Building writer, especially for Connie Francis, with whom he was romantically attached until her rather strict father ran him off with a gun. Connie has said that he was the love of her life.

He later married Sandra Dee, no accounting for taste. He also had a songwriting partnership with Don Kirshner, who was later responsible for the formation of The Monkees. 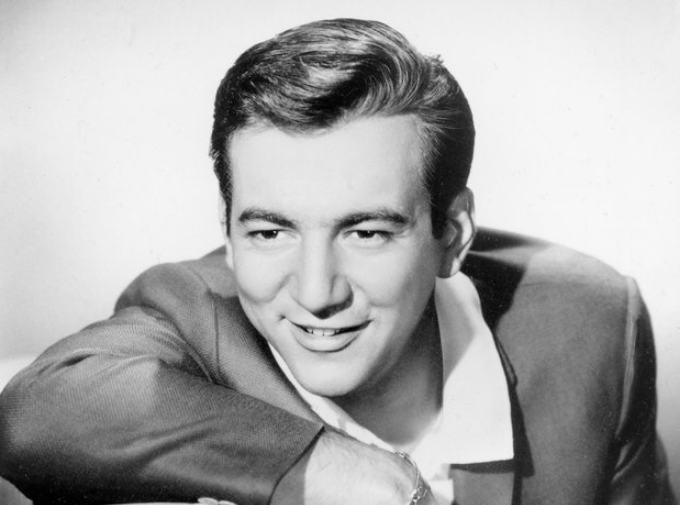 BOBBY wrote the song, Splish Splash, as a bet with the disk jockey, Murray the K. The bet was that he couldn’t write a song that began with the words "Splish Splash, I was takin' a bath". He not only could, he took it to the top of the charts. 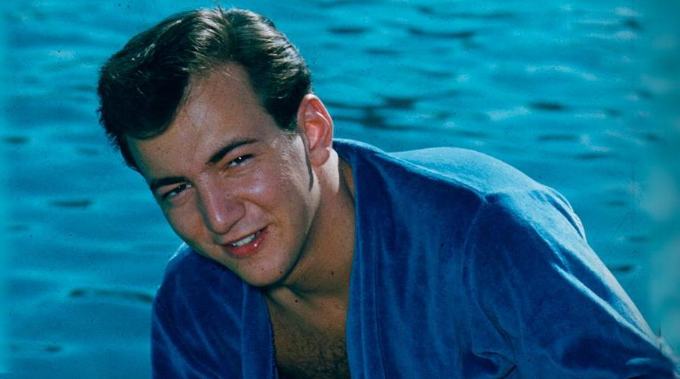 Beyond the Sea was based on a song called La Mer, written and performed by Charles Trenet. They kept the tune and put English words to it, words that bore no resemblance to the original.

I think La Mer is the superior song, but Beyond the Sea isn’t bad, especially if you don’t have the original around with which to compare it. The song Multiplication made the charts in 1961. It was from an album called “Twist with Bobby Darin”. Groan. 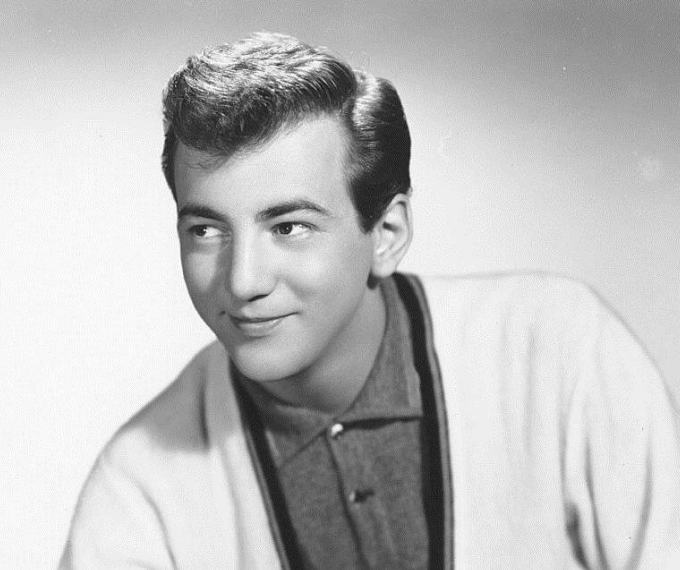 I don’t know if it’s a coincidence or not, but in 1962 Leroy Van Dyke had a hit with the song If a Woman Answers. In that same year, really about the same time, BOBBY had one as well with If a Man Answers. Got everything covered there.

♫ If A Man Answers 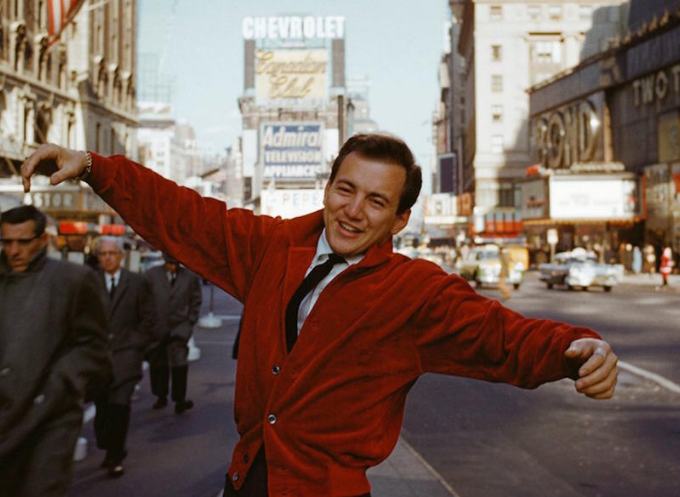 Now we’re getting to some quality stuff. John Coltrane and Johnny Hartman did a wonderful version of the song Softly, as in a Morning Sunrise. BOBBY’s version is nowhere near as good as that one (nor is anyone else’s), but it’s not too bad.

♫ Softly As In A Morning Sunrise 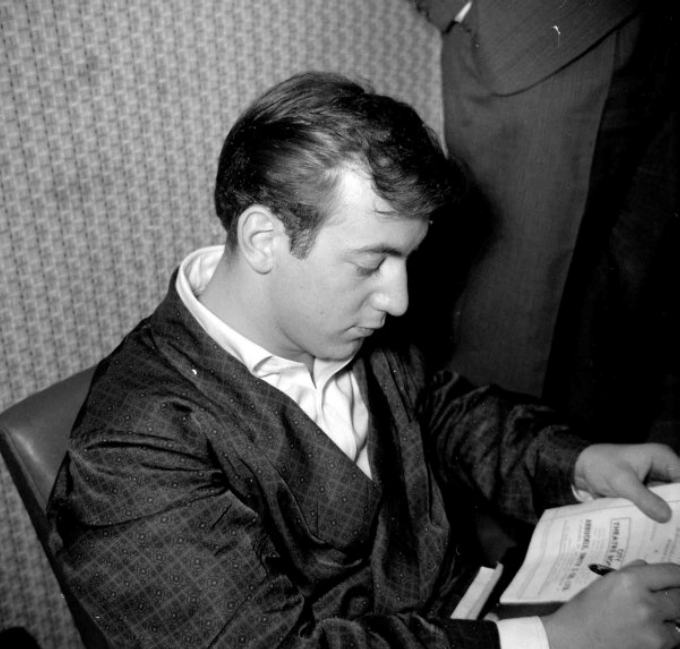 One of his finest of the fifties’ songs is Dream Lover. It’s a song he wrote himself and was recorded at Atlantic Records, a company that knew how to get the best out of their artists. As a trivial aside, that’s Neil Sedaka playing the piano. 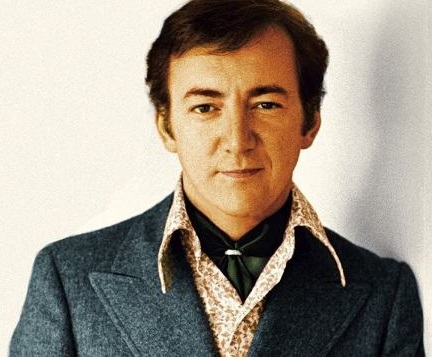 Bobby’s version of Mack the Knife is based vaguely on Louis Armstrong’s earlier hit. Both bear little resemblance to the original version from Kurt Weill’s “Threepenny Opera”. It doesn’t matter too much as they both earned a tidy amount for themselves. 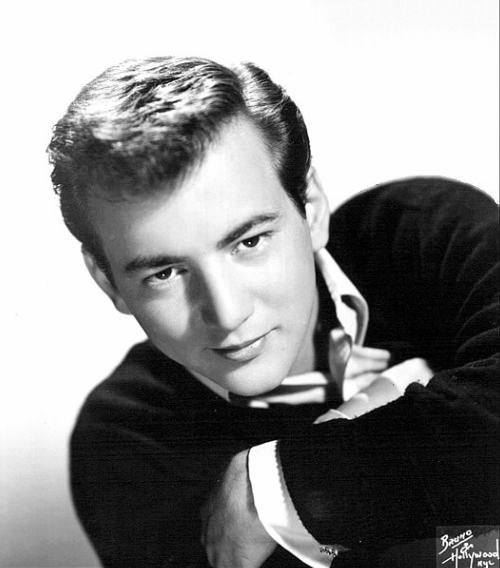 Back to the rather silly songs, this one from the early sixties, although it sounds as if it should be earlier. The song I’m talking about is Things, another he wrote himself. I could have done without the female singers on this one; it would have been better without them but that was the way to do things back then I suppose. 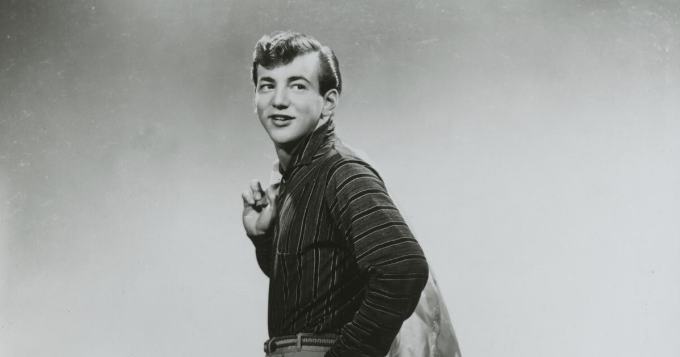 Black Coffee is an old song that he recorded on an album called “This is Darin” in 1960. It sounds as if it came from much later in his career, so I guess he was already thinking of a change of style. 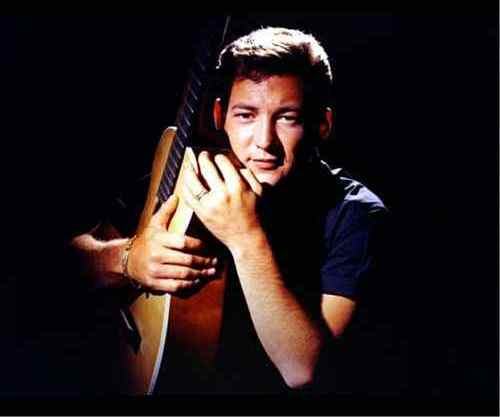 During his folk period, BOBBY recorded several of Tim Hardin’s songs. Interestingly, the highest charting song Tim had was with a Bobby Darin song, in spite of the many terrific songs he wrote himself.

Anyway, I’m not using the obvious one, instead here is The Lady Came From Baltimore. He sounds rather like Tim on this one.

♫ The Lady Came From Baltimore 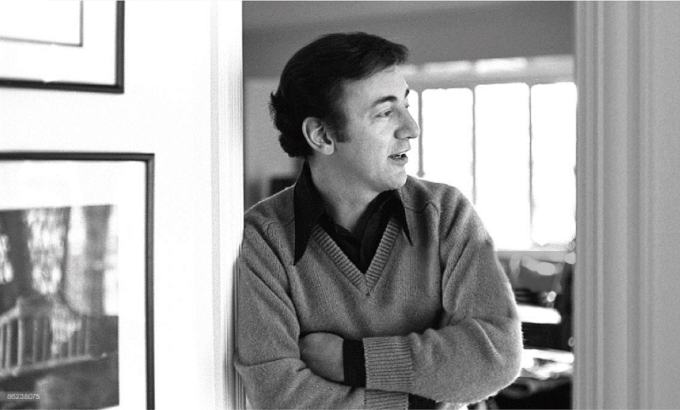 As well as Tim, BOBBY took a song from another singer/songwriter, in this case it was John Sebastian. The song is Darling Be Home Soon, which has been covered extensively over the years. It’s a good song on which to end.

Well, Peter, that was fun. My e-mail buddies and I always enjoy your Sunday classical music selection but today Bobby Darin got this old lady up and off her chair to do some movin' and groovin' ~~ well done and thanks !!

If A Man Answers was from a 1962 movie of the same year starring Bobby Darin.

Bobby Darin was born the same year I was 1936 and died way too early. I remember him best as a Frank Sinatra wanna-be! Some of his songs still haunt my memories ... Beyond the Sea, Mack the Knife and Dream Lover were among them. He was tops in the charts when I was in my 20s and 30s. He's one I will never forget. Thanks for this one.

I enjoyed today's selection. I remember watching Bobby Darin on Ed Sullivan and other TV shows when I was a kid, and I loved how much personality he put into those performances.

I never really liked Bobby Darin's singing back then and still don't, but I did like "The Lady Comes From Baltimore" which didn't sound like him.

I always liked Bobby Darin and enjoyed listening to his songs again on your post. But you did not list my all time favorite, a very emotional one for me as well. It is “Simple Song of Freedom” that he wrote in 1969 against the Vietnam War. I know the lyrics by heart as I listened to the song so often. “Come and sing a simple song of freedom. Sing it like you've never sung before. Let it fill the air. Tell the people everywhere. We, the people here, don't want a war… “ The verses were powerful and still powerful for the next war: “Seven hundred million are you listening? Most of what you read is made of lies. But speaking one to one, ain't it everybody's sun. To wake to in the morning when we rise?..”

At the time, I read everything I could about the upcoming Iraq war. I realized quickly that many statements that the French Government made were not translated correctly in English, or a lot was omitted. For example, the Bush administration used the pretext of a letter written (in French) by the supposedly government of Niger about a sale of yellowcake uranium to Iraq. I read it and I knew almost immediately it was a fake – full of errors, grammar wrong, etc. A pure US propaganda letter. It was signed by a Niger minister of foreign affairs who had been out of office for 10 years, and also it referred to the Niger constitution of 1965 when in France we knew that a new constitution had been enacted in 1999, and on and on. Then the address to the UN by Philippe de Villepin on the war was not translated correctly; even by the New York Times (they said they were sorry years later.) So that fateful March 2003 while watching the US attack with “fire and awe” over Baghdad, I muted the sounds and listened to a Simple Song of Freedom instead. When I listen to it, I still get tears in my eyes – the folly of war, so many died. Sorry to write so much on Bobby’s song. You can see him singing it here: https://www.youtube.com/watch?v=UZ1ohsissjE.

Significant piece of work, Thank You!!

Unbeknown to him, of course, I fell in love with Bobby Darin when I was 15. Thank you for this!