Home About Archive Contact
INTERESTING STUFF – 6 July 2019
“What was the Best Time of Your Life?”

My first column on earworms was really historic in nature – they were songs that have plagued me for some considerable time, more than 50 years in some cases.

Today's column is about new earworms. These are songs that got stuck in my brain while I was searching for music for various columns. The criterion is that they are not songs that hung around for a day or two, all these tormented me for at least a week.

Although they are recent additions, some of these go back quite a ways as well; I was just reminded of them during my searches. As with the previous column, I hope that because there are quite a few of them they'll cancel each other out. I'm not too sanguine about that. So, I've had to suffer all these and now it's your turn.

It’s not simple or dumb songs that fit the criterion. Ondeed, today’s list are made up mostly of good songs, starting with HALL AND OATES. 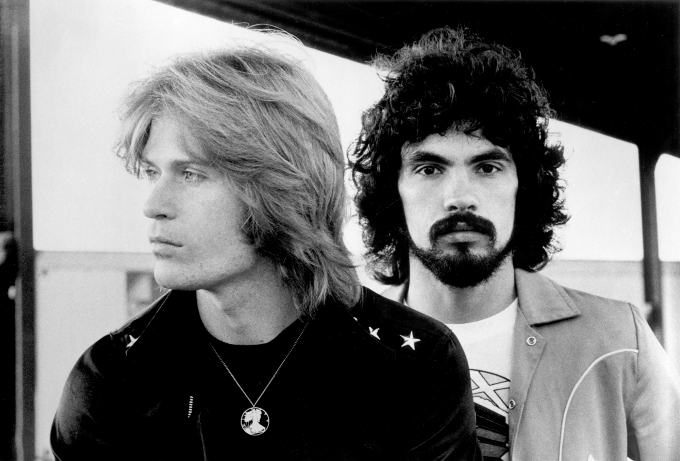 A couple of their songs could fit in this category, but the one that impacted on me in this regard is Rich Girl.

JERRY ORBACH started his show biz career as a song and dance man. He also played baddies quite a bit on television.

In his earlier incarnation he played the lead in the original staging of the musical play "The Fantasticks", often considered the longest running musical in history.

Jerry sang the musical's most famous song, Try to Remember. This is a gentle earworm I’ve featured before in these columns.

THE DIXIE CUPS were sitting around the recording studio one day between takes of whichever song they were recording. They began singing a song one of their grandmothers used to sing. The recording engineer let the tape roll and with a bit of tweaking, they had their biggest hit. 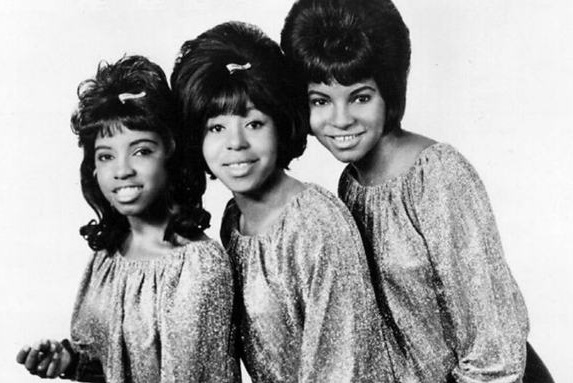 That song, and I’m sorry to inflict it on you, is Iko Iko.

Another female trio from around the same time is THE TOYS. 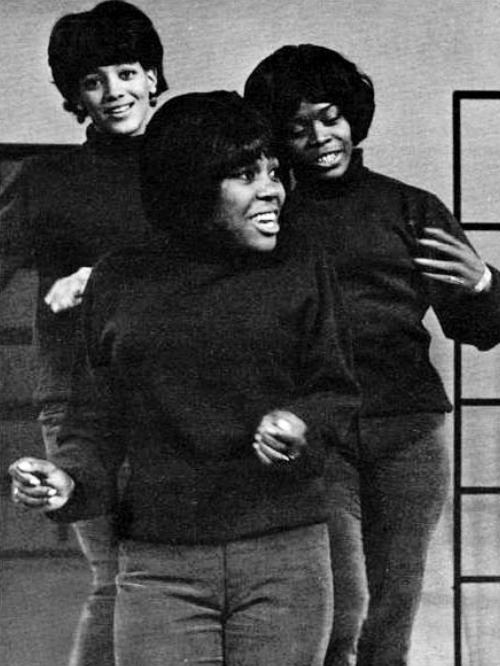 They had one big hit that impacted on my brain, and it’s this one. It’s based on a minuet by classical composer Christian Petzold (not J.S. Bach as is often contended). The song is A Lover's Concerto.

It’s best not to listen too closely to the words of Adam and Eve by BUZZ CASON. 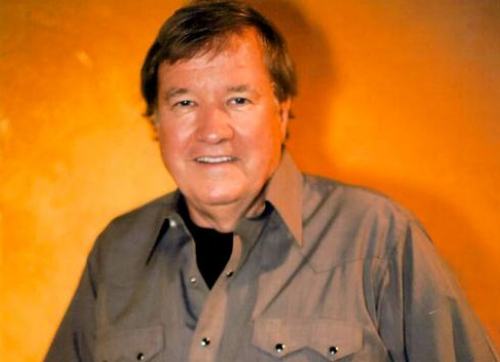 They are problematic on several counts. The song is really jaunty though and I’ve been singing the chorus for about 50 years now, not continuously I hasten to add. I’ll play the song and leave it up to you.

IAN AND SYLVIA started out as a folk duo and eventually evolved into a full tilt rock band (Great Speckled Bird). 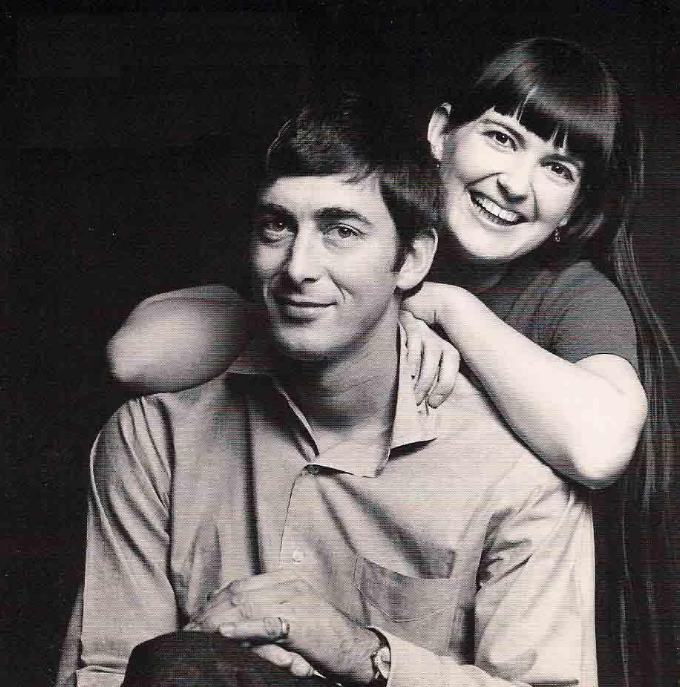 Some time towards the end of that process they recorded an album in Nashville called (surprise, surprise) “Nashville”. It didn’t get very good revues but I really liked it. One of the songs from it is The Renegade. Boy, this one stays with me for a long time whenever I hear it.

There are a number of songs of Gordie’s that remain in my brain, but for some reason this one seems to be the most insidious of his. It’s nowhere near my favorite, but it stays there for weeks at a time. Christian Island.

One of the finest bands from Texas, and one who have made a career of performing western swing music, is ASLEEP AT THE WHEEL. 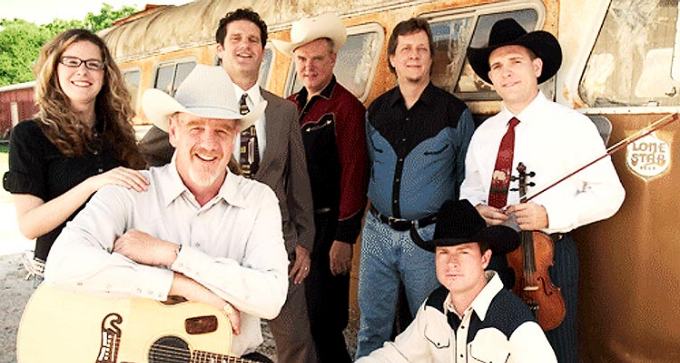 There’s an album of theirs that I really like a lot. It’s called “The Wheel”. All the songs on it are worth a listen, just be prepared for I Can't Handle It Now, because it’ll stay with you for long time.

♫ Asleep at the Wheel - I Can't Handle It Now

It's not only songs that are earwormy, tunes can be as well. In that case I go along singing dah dah dah dah dah dah dah (and so on). In this case I’m talking about a tune from “CAROUSEL”, indeed The Carousel Waltz. This will keep your dah dah dahs going for a long time.

THE EAGLES sure could write memorable songs. 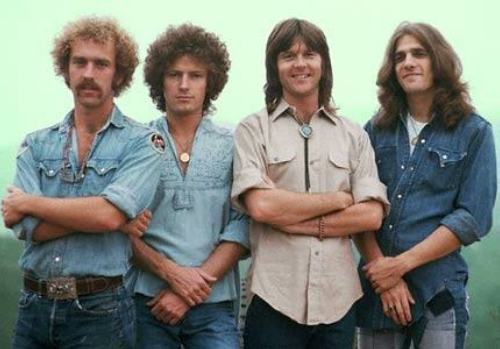 It’s not too surprising that one of those would appear here today. The one I have in mind is Take It Easy, written by Glenn Frey and Jackson Browne.

♫ The Eagles - Take It Easy

This one is really historic. I hadn’t heard it for decades when I discovered it for one of my “Years” columns. That proved to be unfortunate as it’s by far the most earwormy song today, at least for me. I haven’t really managed to erase it since then. The song is performed by the FOUR KNIGHTS. The song is I Get So Lonely. You have been warned.

THE BEATLES certainly wrote catchy tunes, but only one of theirs makes it to earworm status, for me anyway. It’s not even a song, more a songlet, and on the “Abbey Road” album it was joined to other songlets, which is what we have today. Golden Slumbers, Carry That Weight and The End. I find the Golden Slumbers bit is the earwormy section, although the other bits hold their own as well.

You must be susceptible to earworms, Peter. I rarely get them. I have noticed that in the past year or so, I frequently play Super Trooper (as sung by Meryl Streep, Christine Baranski, Julie Walters in Mamma Mia!). It's very pleasant for me when that happens.

Thanks for the weekly injection of music.

P.S. For those who, like me, are not hep to entertainment jargon, Wikipedia says, "Super Trouper is the registered trademark of a series of follow spotlights used in stadium, concert, and special-event lighting. " (And, I see that I spelled it "trooper" in my above comment. Oh, me, what's an old woman to do?)

Echoing what she said : Thanks for the weekly injection of music.

I had never heard the expression “earworm” relating to music; at first I thought you were talking about a health condition. After all those years speaking English, as a third language, there are many expressions I don’t know. But it is a very good term. I listened to yours, and knew most of them. Mine are different along the years, they come and go. Sometimes, suddenly a song or piece of music comes in my head, usually in a dream, and when I wake up it stays with me all day long.

I say, every morning I wake up with a song in my head, but it usually goes away. But as for earworms, sometimes it is when I remember a place, or a person. Those pieces of music that come often are rags by Scott Joplin like Solace. Here are some others: Midnight Train to Georgia by Gladys Knight and the Pips, I’m so Excited by the Pointer Sisters, and songs my husband liked a lot such as Banks of the Ohio by Joan Baez, Proud Mary by Tina Turner and mostly Let the rest of the World Go By song by Willie Nelson – that one will stay with me now for days, but I don’t mind as I do like it and it brings such sweet memories.

I get so lonely....duh duh duh

Over the years I have had many ear worms but none so persistent as Jenny of Oldstones, by Florence & the Machine from the Game of Thrones, season 8. To me it is haunting and has been stuck in my ear for over a month!
Much of the music over the 8 seasons from Game of Thrones is awesome.

Now you've done it, Peter. I had finally gotten rid of an earworm that played every time I closed my eyes or was still. I have had this earworm for at least two weeks and it is a strange song to be repeated. "All The Things You Are " is stuck in my head again.

Like Bonnie Blayney above, I often forget lyrics but remember tunes easily. As I hum them, the lyrics start to come back almost intact! I am a little bothered once in a while, but on the whole, I enjoy my remembrances th0roughly! They just make me smile and remember other good things from the early years. And Carry That Weight is among them ... along with a whole lot of 1940s big band sounds, R&B, Beatles, and Gilbert & Sullivan! I'm 82 years old so I have a lot of decades and tunes to draw from. Bring 'em on! ;-)

Seems I usually have tunes playing away in my head. or so it seems. Also don't remember titles. They usually perform well enough to notice them, and I note(pun)their relevance to what I'm focusing on or doing. Music is humanity's connection, no key needed (pun).