After The Beatles, The Kinks were probably the most important British band from the sixties. Like the Fab Four, they vastly expanded the topics about which pop and rock song could be written.

They were formed by brothers Ray and Dave Davies in Muswell Hill, North London. Ray was the songwriter, singer and rhythm guitarist and Dave played lead guitar and sang backup.

They were completely different personalities: Ray was a quiet intellectual who preferred the home life, and Dave was the quintessential sixties, rock-star party animal. What could possibly go wrong?

They were joined by Pete Quaiffe, a school friend of Dave’s on bass, and Mick Avory on drums. They were a volatile mix, especially the brothers, often arguing and fighting – even on stage. Pete has said that performing with the brothers was like being on stage with Jimi Hendrix on one side and Noel Coward on the other.

Ray and Dave were constants throughout with changes in the other members from time to time. They later added a regular keyboard player. 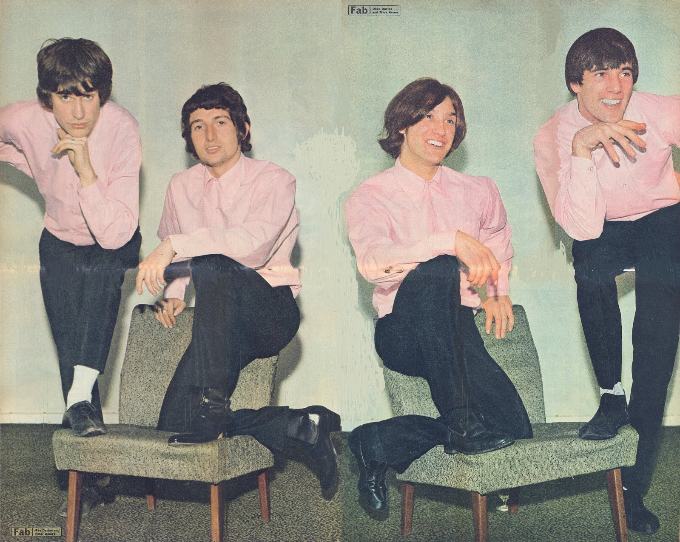 The Kinks burst on the scene with a song that contained snarling vocals and snarling, dirty, distorted guitar achieved by slashing the speaker cones with a razor blade. This one made all the other bands at the time sit up and take notice. Its influence on punk, grunge music, heavy metal and garage bands of all sorts is incalculable. That song is You Really Got Me.

♫ You Really Got Me 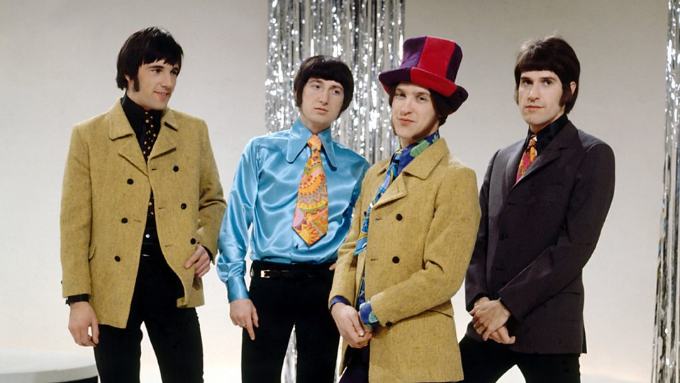 After three or four top 5 hits in the original style, the Kinks completely changed direction in their music. This is because of Ray’s song writing ability. The songs became more observational, many of them mini-short stories in song form. Some biting or sarcastic, some affectionate, others merely reflections. One rather pointed song is Dedicated Follower of Fashion.

Ray has said that he was really depressed when he wrote Sunny Afternoon, on the surface a quite happy song. Not so if you listen to the words.

It gave the impression that the group was really rich and they were complaining about trivial things. The reality was quite different as, along with a lot of performers of the time, their managers ripped them off so they saw virtually nothing of what they had earned.

Ray’s songs aren’t nostalgia exactly, more a celebration of times gone by and things that are lost to the modern world. Picture Book really is a photo album, but I imagine that the title scans better in a song. 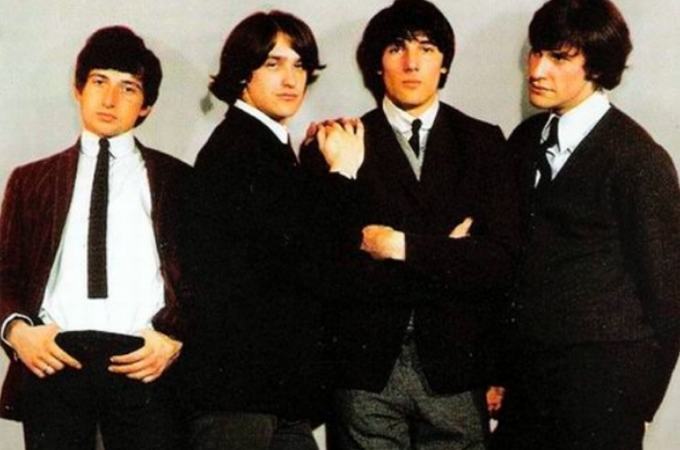 The Kinks came up with a couple of what would later be called “rock operas” some time before The Who did the same thing. One of these is called “Arthur (Or the Decline and Fall of the British Empire)”, which is rather self explanatory about its subject.

From that is the song, and a reasonable hit for them, Victoria. This one really rocks out, in spite of its subject. 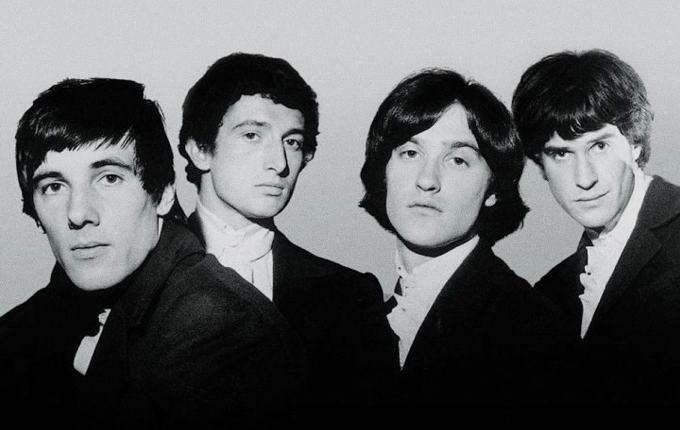 Sorry about going back to the beginning for those who aren’t really into heavy rock and roll, but here’s their second hit, All Day and All of the Night. I can see an influence for the Oz rock band The Easybeats in this song.

♫ All Day And All Of the Night There’s a long-standing story that Terry and Julie, referenced in the song, are Terence Stamp and Julie Christie who were an item at the time the song was written and recorded. Ray has said repeatedly that this is not so, it’s about his sister (and presumably another Terry).

He and Dave had six older sisters some of whom have made an appearance in other songs, so I’m inclined to believe him.

This is just a silly throw-away song, but we need some of those now and again. This one is Apeman. I think it was just an excuse for Ray to play his National steel guitar, also used in the final song today. 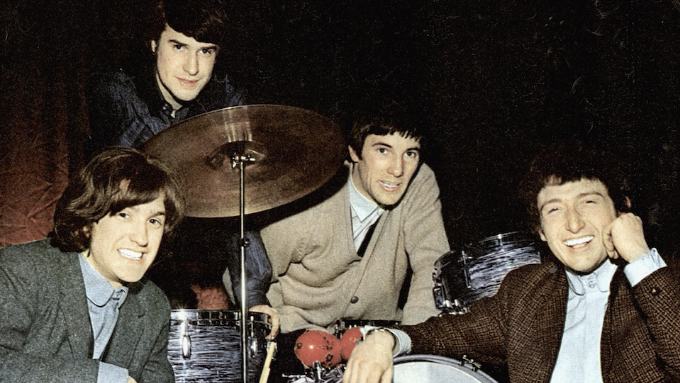 It’s really admirable, astonishing really, that for young men, just in their mid-twenties, to observe that things were changing really quickly and asking are we losing something valuable?

Well, they might notice the first part, but it was unusual for them to reflect upon the second. It’s generally years later that people gain that insight. There was an album (actually more than one) devoted to this concept, and from that we have The Village Green Preservation Society. 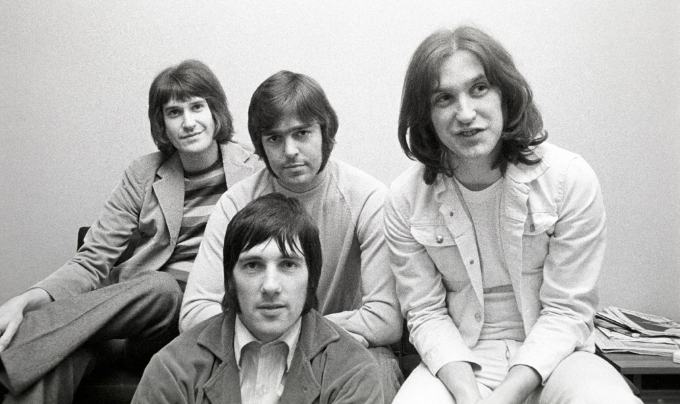 Also from “Arthur”, mentioned above, is the song. Australia. You know I couldn’t resist a song with that title. It’s about the Oz government’s campaign to induce British people to emigrate to Australia back in the fifties and sixties. It was rather successful. This one gives Dave a good workout on the guitar. 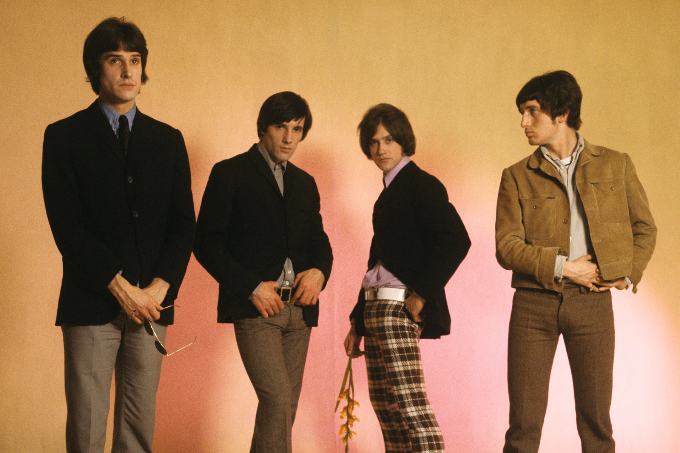 Ray wrote Come Dancing as a tribute to his sisters who were all older than he was. They used to go out dancing at the weekends and the music they danced to was from an earlier period – big band and the like. He and Dave absorbed that music as they were growing up by listening to their sisters’ records. 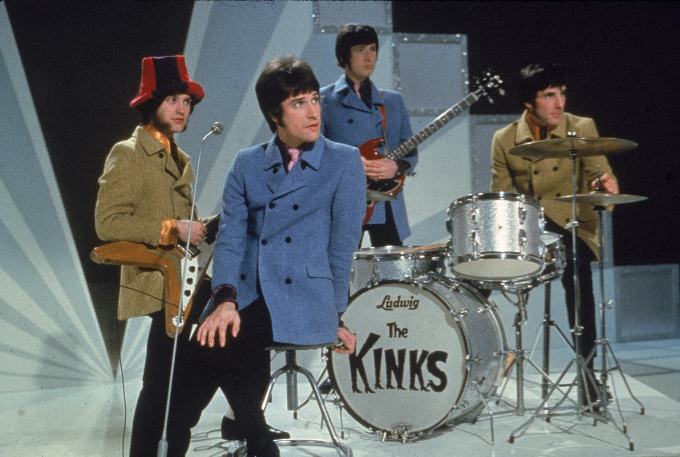 I’ll end with an example of the idea that songwriters often don’t know the quality of their own songs. This one is probably their biggest seller (okay, that’s not necessarily a guide to quality), and Ray has said, “It’s a nothing song, not really important”.

The song is Lola. It’s based on a real event that happened to their manager at the time. Dave has said that Ray is brilliant at compressing small details into a song and making them come alive. He certainly did on this one. 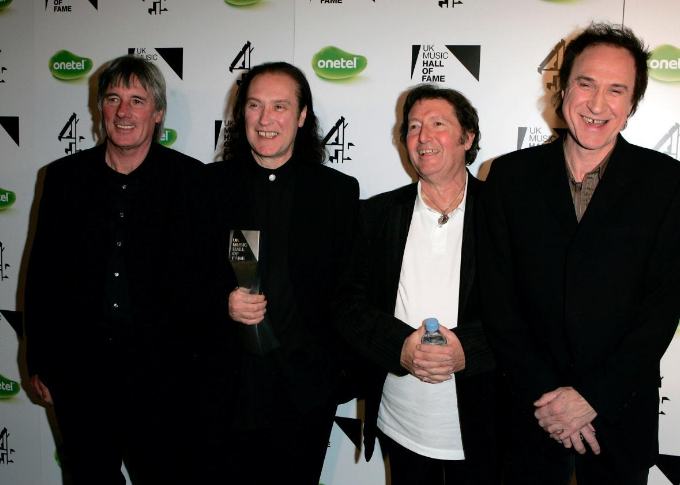 Thank you Peter, for another Sunday morning of music and nostalgia. My husband and I look forward to checking in most Sundays and Roger particularly enjoys days like this one, when your selections take him back to the 1960's-70's.

There were a couple of songs today that neither of us were familiar with, and it was fun listening to those. One we thought we didn't know, we realized we did as soon as it began. I always assumed the 'picture' song used in the commercials by a certain iconic computer company more than a decade ago was written specifically for those ads. Good to know that it's one of many from our youth that are being co-opted for commercials these days. I wonder what that may be doing to our sense of time? I can't imagine commercials in our parents' days using songs from the turn of the century to advertise new products, but I suppose it may have happened. (Could be a theme for a future post?)

I hope you are recovering well from your accident a while back and are enjoying full mobility these days. You're a trooper for keeping up with these posts during that time. Wishing you all the best!

Love Come Dancing - happy music. YouTube has a very fun video of it.

Thank you for this excellent article on a great band! I saw them when they came to my college in 1985. Lots of good memories.