Because I raised no children, the TV show, Mr. Rogers' Neighborhood, wasn't much on my radar but I watched it now and again. It was broadcast from 1968 to 2001.

Even in the earliest days of the show, I thought Mr. Rogers was an anachronism, a gentle, kindly, loving presence in the midst of a much cruder world. It felt to me that he was of another time and certainly moreso now.

His show was popular, won numerous awards and Mr. Rogers himself was named one of the 50 Greatest TV Stars of All Time by TV Guide.

Now there is an upcoming feature film about Mr. Rogers who is played by Tom Hanks. Is that perfect casting, or what? Here's the trailer for the movie:

In 1987, there were only 22 wild condors left in North America. Conservationists and others stepped in to try to save the birds, breeding them in captivity and in May, they recorded the 1,000th chick born of this project.

Here is a short documentary (8 minutes or so) about the recovery of the California condor made by the Oregon Zoo and released five years ago. It's a good history of the work these did and others continue to do.

I had read several reviews and the book came up in conversations with a number of people via email. I was thinking over whether to order it or not – there are already too many books here - then a British copy arrived via a bookseller affiliated with Amazon.

But – big but – there is no card telling me who is being so generous and the two people I actually recall emailing with about the book say they did not send it. Both the seller and Amazon, when I called, refused to tell me who sent it. Privacy issues, apparently.

So if you're reading this and you are the one who sent it, 'fess up please. I would like to send you a thank-you note.

That headline is not a joke. A man built a flotation device that operates as a sort-of wheelchair for a goldfish. The video explains:

There is more about this at Bored Panda.

We all know that Australia has some strange and scary animals but mostly we see the cuter ones – koalas, wombats, etc. Bored Panda published a whole bunch of photos of the awful kind of Australian animals. Here's a sample: 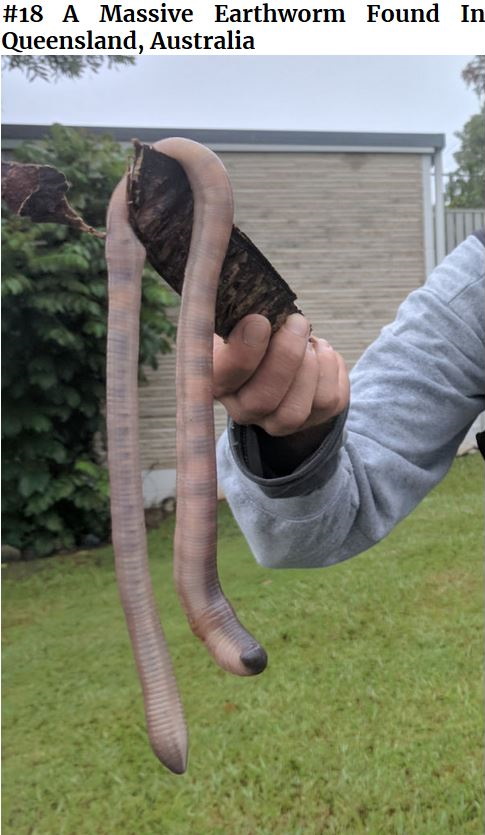 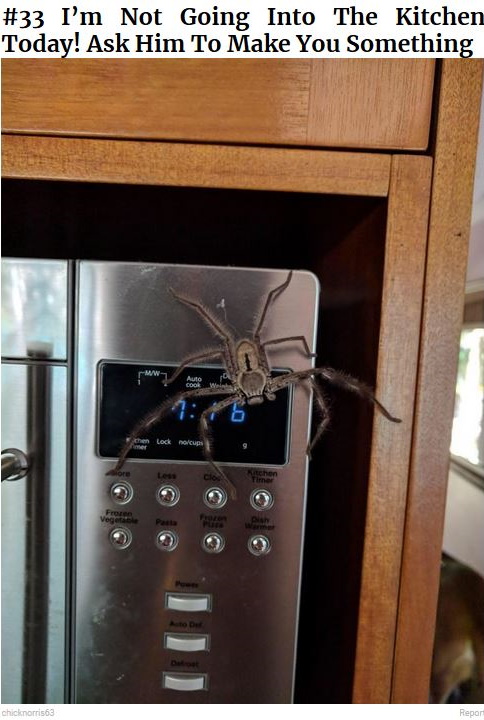 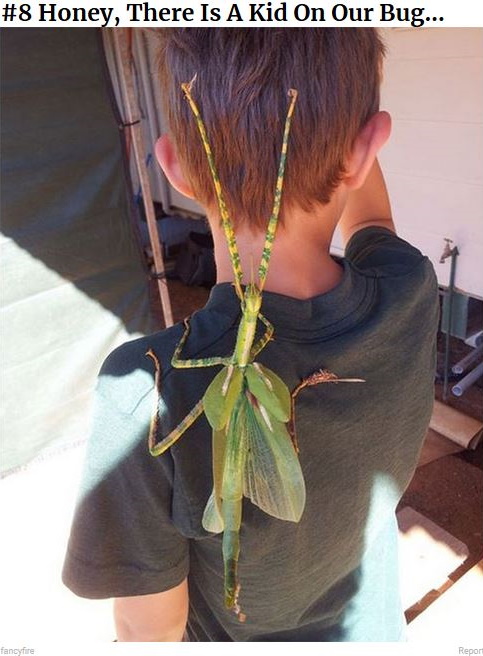 Peter Tibbles, who writes the Sunday music column here and lives in Melbourne, tells me he hasn't run into many of the scary animals. You can see a lot more of them at Bored Panda.

I may have posted this video a year or two ago but it has become more pertinent every day. This is one teacher's struggle to teach a young student and his parents the solution to a simple math problem everyone should know.

As the YouTube page asks: “See if the school and parental beliefs and attitudes remind you of someone.”

THE MAN WHO ROAD THE THUNDER

Here is an extraordinary adventure story, not in the good sense, about a U.S. Marine Corp pilot, William Rankin, who was forced to eject from his F8 Crusader 47,000 feet above Earth.

”He had a very bad day that summer of 1959 by any pilot’s standard as not only did his engine fail but his parachute deployed in the middle of the thunder storm.”

A NEW SPIN ON THE PHRASE, RESCUE DOG

I know I've seen this before but can't recall if I posted it. YouTube tells us:

”When a gust of wind blew a feather-light canoe away from the gravel bar and into the river, two dogs ran and jumped inside it. Labs will retrieve anything, but what's amazing here is that one of the dogs in the canoe takes the rope and places it over the side and into the water for the Labrador to grab ahold of.”

Wow! I had forgotten the misadventures of Lt Col William Rankin, USMC. Thank you for sharing the video. I need to re-read his book.

Dear CoL: oh how I needed all of this! I'd not seen the Mr Rogers trailer; my spouse had and said, for the film, to be advised to take hankies! _I_ needed them for the trailer! Perfect casting is right.

Then there's the goldfish. People who care and find solutions = the best ppl! After various surgeries we wanted a pulley system throughout our condo that, like above a hospital bed, could be summoned, dropped down with a pull ring to grab to more easily stand up. Alas we're not that clever.

Told yet other friends about you and your great blog and the people who read and comment. They will relish your wit, honesty, and the support for living and dying.

Blessings on your keppie!

Rankin's story is amazing. I don't know how I lived this long without hearing it. Or quite possibly I heard it once and had just forgotten.

I'm a sucker for any great animal stories, but I'm sure glad I didn't see that Aussie worm just before I went to bed last night!

I must tell you that the math video scared me to death. I'm one of those with a math disability and remember many years of F's on my math papers too.

What goes on in the world! Great stuff, and stuff that I don't buy into, but still find interesting that others do. Couldn't get to the end of the math vid. Loved the dog rescuing other dogs, condors, yay! Biggest earth worm ever? Euwwwww.

At first glance, it appears to me that all the huge worms, spiders and other insects may be huge, but I suggest that they are all harmless and just natural for their environment. They may seem grotesque to us, but I'll bet they are quite handsome to someone of their own species! I'm sure we appear huge and threatening to them, too. I find them fascinating.

And I love Tom Hanks in this role. He has exactly the right face ... kind and tender ... and even looks a lot like our beloved Mr. Rogers. I think Mr. Rogers would have approved.

Fabulous selection and it is a beautiful day in the neighborhood.

I often impress my family by sending them “Interesting Stuff” I find on Time Goes By, but I think I’ll hang onto this week’s item about those weird and creepy critters from Australia. My grandson, who is considering moving to Australia, has suggested his mother might join them but she is completely freaked out by pictures of giant spiders she has seen on the internet. I have tried to convince her that it’s all mythology, but these photos are pretty convincing. Perhaps Peter’s assertion that they are not so prevalent in real life might change her mind, but I doubt it. She’s completely bug-phobic.

I’m with you about Mr Rogers. Even though I did have kids, somehow his sweetness and light never grew on me. My intellectually cynical brother used to sneer at him and was quite bothered by the fact of his young daughter’s evident fandom. But despite her father’s influence, she won out because, as she said of Mr Rogers: “He loves me.”

The short film “Alternative Math” was almost too disturbing in its closeness to life as we now know it.

Emma Jay - my son and family live in Queensland country, north of Sydney and he's never seen any of these...so far. Yes, he'd freak out. My guess is the cities and major tourist sites, including much of the east Au coast, are 'managed.'

And cute story about your niece. My kids, nor I, watched Mr. Rogers much, though howled at the different comedy sketches of him over the years (SNL?). Not disparaging of him, it's more that he was so straight and proper in a time of wildly diverse ideas, opportunities and adventures.

"Alternative Math" was scary and I've no doubt this reflects parts of our country. Thankfully, I have little of that attitude in SF bay area, but the idea of some parents and outside influences on education and communication makes up a nightmare scenario (yet this arose here without lasting effect about 5-7 years ago).